Ready your Breakfast and Eat Hearty, Because Tonight We Dine in Hell!

Frank Miller’s 300 wasn’t just a fantastic graphic novel, it ended up becoming a wonderful film. It’s arguably Zack Snyder’s greatest film; the literal film-personification of his visual style. It was able to seamlessly bridge a great artist with a great visual director. For a long time Miller teased that he was writing a sequel to 300, much to the chagrin of fans. The last time he wrote a sequel to one of his many appreciated works it didn’t work out so well. Though The Dark Knight Strikes Again has its fans, but it isn’t quite worthy of succeeding the greatest graphic novel ever.

But Frank Miller’s going to try and top himself once again. Dark Horse is releasing the first issue of Xerxes on April 4th, the first of five. Now, they’ve released the first preview pages from the issue.

The good news? It would seem Frank Miller’s arm is back in the game. Much like the bonus issues of The Dark Knight III: Master Race, Miller’s art looks remarkably close to that of the original comic. A good sign for the comic as a whole. 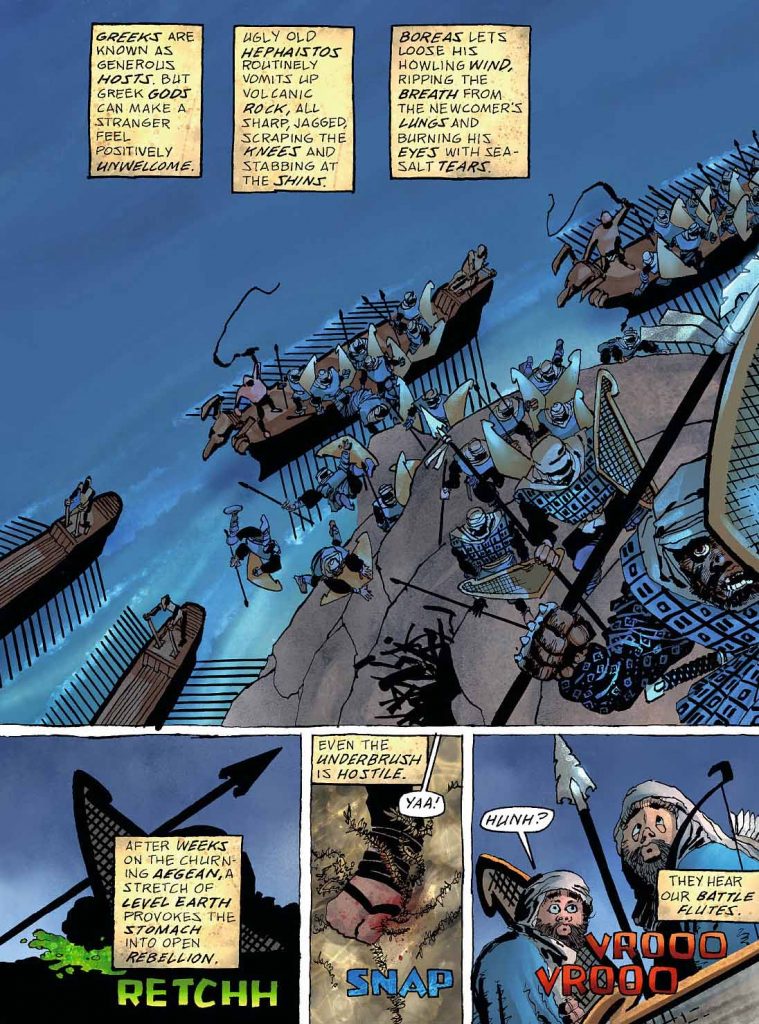 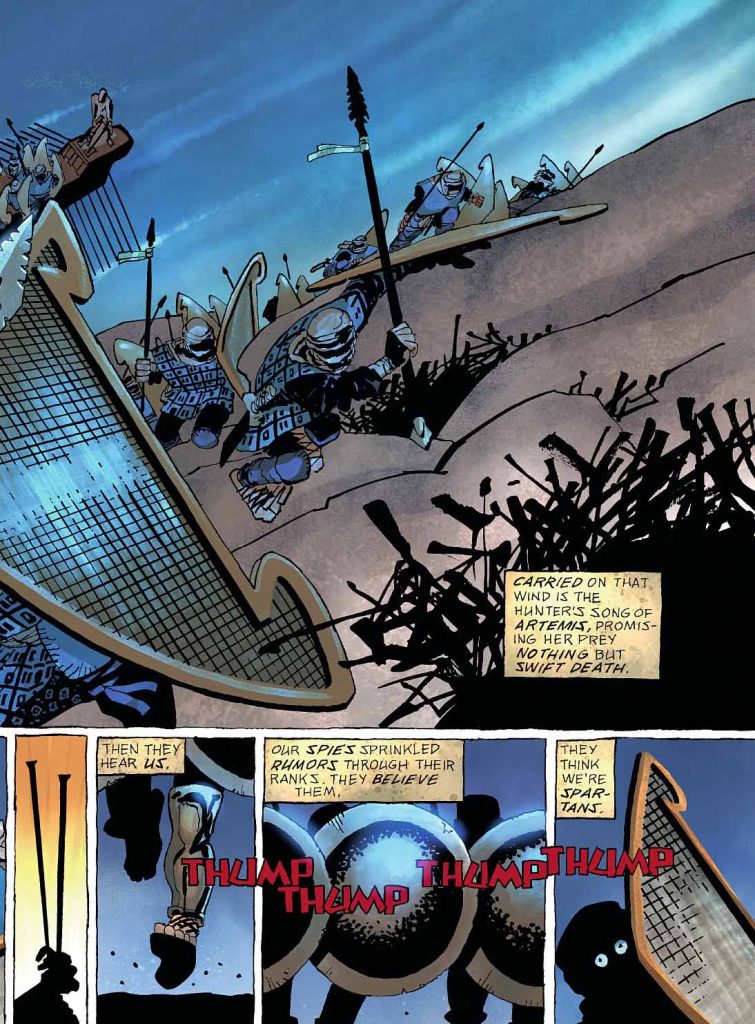 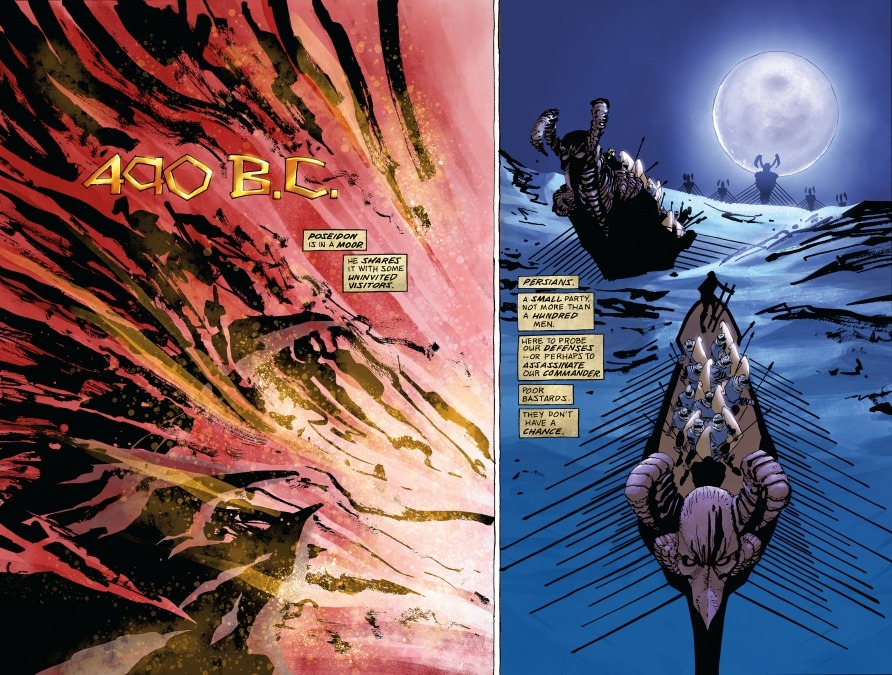 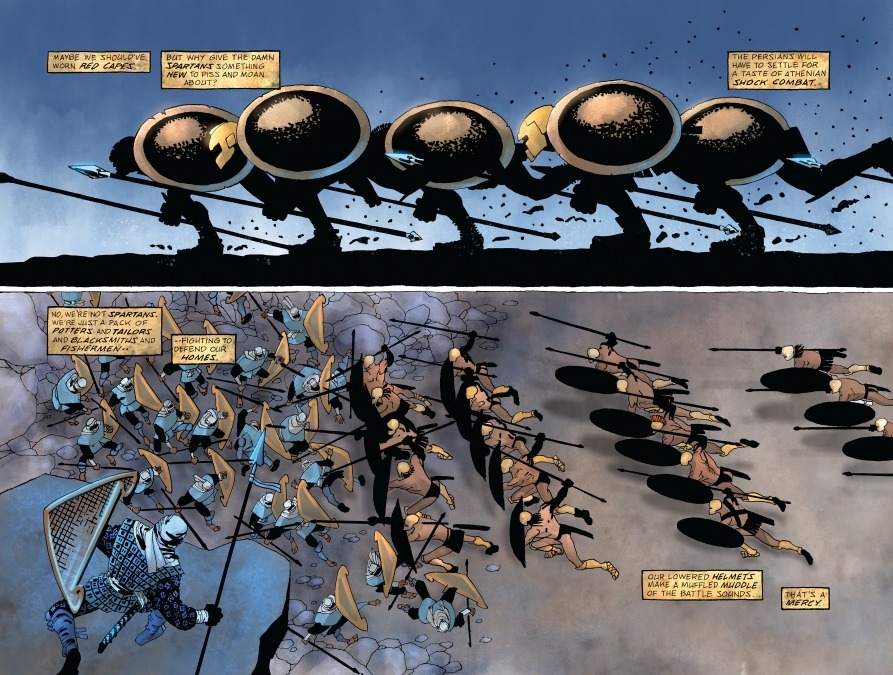 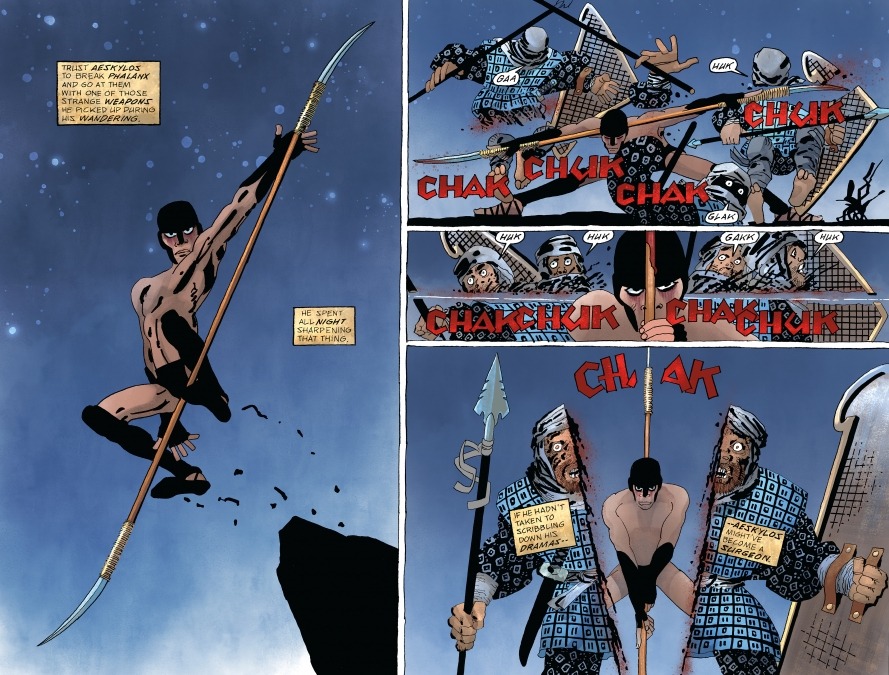 Xerxes, 300’s long-awaited follow-up is looking pretty great! While it’s not Frank Miller’s best art, it closely resembles that of his heyday. And the imagery of the Persian forces sailing over the desert in ships? Wonderfully ridiculous. Exactly the kind of fantasy a reader should expect from Xerxes.

Unlike The Dark Knight III, Miller won’t have a writing partner this time. It’s all him. Brian Azzarello joined him on writing duties for his second sequel to The Dark Knight Returns. But it seems Miller didn’t need anyone else to bring Xerxes to life.

Hopefully, Xerxes like The Dark Knight III: Master Race proves to be another worthy sequel by comic legend Frank Miller.