**Warning Spoilers for Phoenix Resurrection #5 Below**

Marvel’s Phoenix Resurrection has been one of the top sellers in recent months and for good reason – it’s the story line reintroducing Jean Grey back into the Marvel Universe.

In Phoenix Resurrection #5, it finally happens. Jean Grey returns to the Marvel Universe, but it’s not before she is tested at length by the Phoenix Force.

As you might know, Jean has struggled with the Phoenix Force in the past. In order to overcome those struggles, the Phoenix Force is literally incubating or grooming Jean for the two to once again bond and become gods. She is being kept in an egg and shown an idyllic small town life. It’s reminiscent of The Truman Show. 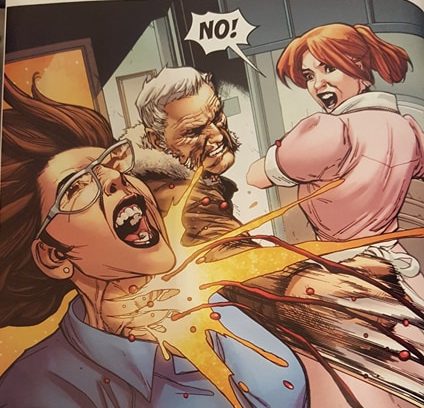 The death triggers Jean, who awakens in an absolutely stunning new costume design. In fact, the design is much better than what Jean Grey will wear when she takes over the X-Men Red team in the Marvel Universe’s near future. 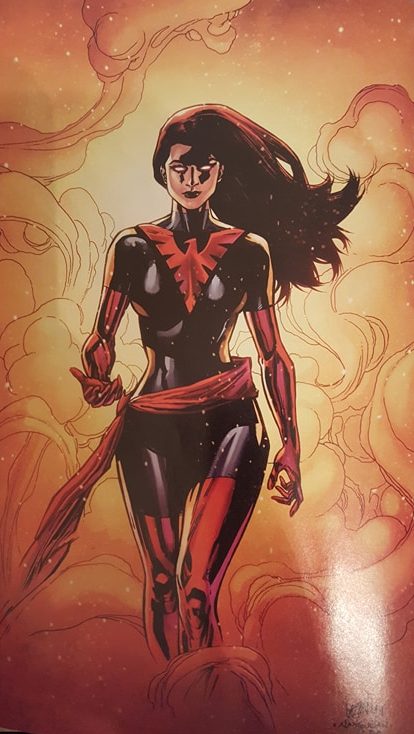 For the most part, Phoenix Resurrection was an underwhelming story and it seemed to drag on a little too long. However, this final issue is well worth the read. If I’m being honest, the entire storyline could have been truncated into this single stand-alone issue. It has emotional hooks that dig into you and don’t let go. You can feel Jean’s fury and wrath through the artwork. But she’s not all fire and brimstone. There is a hard resolve there as well, not to mention true melancholy. You feel for Jean and the swirl of emotions she is exposed to.

If you haven’t picked up any of this series, you can skip the previous issues, but this issue is one you might not want to miss.