The Flash Annual #1 is probably the best book on the shelves this week. Joshua Williamson, Howard Porter, and Christian Duce create an amazingly fun story filled with action, adventure, danger, a little romance, and even some intrigue! It’s really good.

Not only does Williamson and company tie this story into a number of his ongoing threads in The Flash, but he introduces and teases a number of new elements. One of those elements is Wally West’s former childhood friend, Magenta.

Following up on Geoff Johns’ DC Universe: Rebirth #1, Wally West is rescued by Barry Allen, but he’s a man out of time. The DC Universe doesn’t remember him except for his former team the Titans and a few other DC heroes. He doesn’t have an anchor grounding him to the world. He’s lost and looking for guidance. He doesn’t find it with Barry Allen and Kid Flash. And he’s afraid to reach out to his Aunt, Iris West.

Instead, Wally West turns to his childhood friend, Frances Kane, or as he likes to call her Frankie. You might know her as Magenta. Much like everyone else in the DC Universe, Frankie doesn’t remember Wally at all. And she’s about to blow him off completely until he reminds her about how they used to have snowball fights back home in Blue Valley, Nebraska. 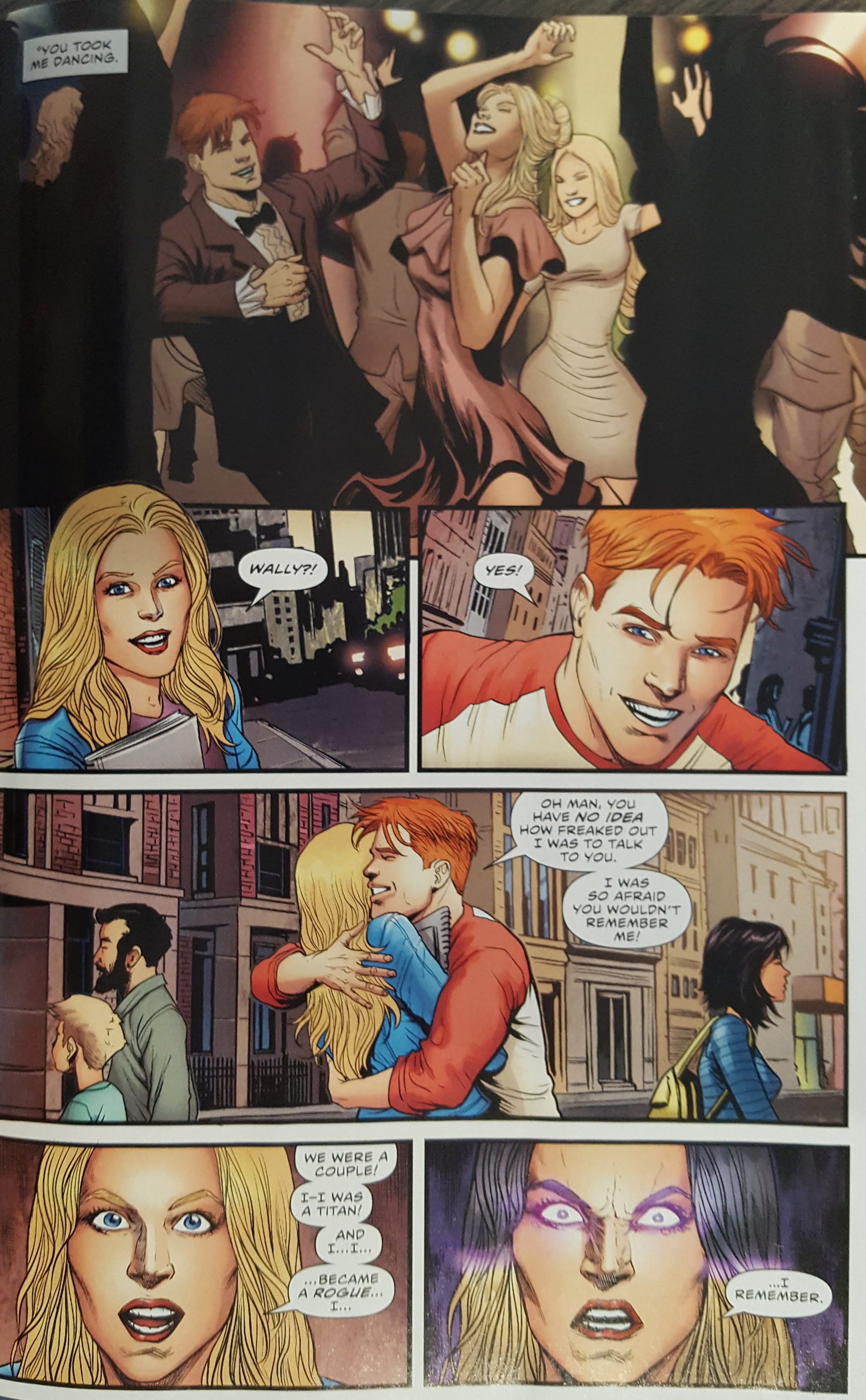 That’s when she remembers. But it’s not all good memories. Wally West finds himself on the wrong end of Magenta’s temper. Magenta explodes in anger and begins blaming Wally West for her turn to villainy. She tells him, “Magenta. That’s my name, right? That’s what you made me into? This MONSTER!” She goes on to tell him, “You never cared when you put little, shy Frankie in danger, did you?” Then she lays out the full accusation, “You pushed, and I became a villain I hurt people.” 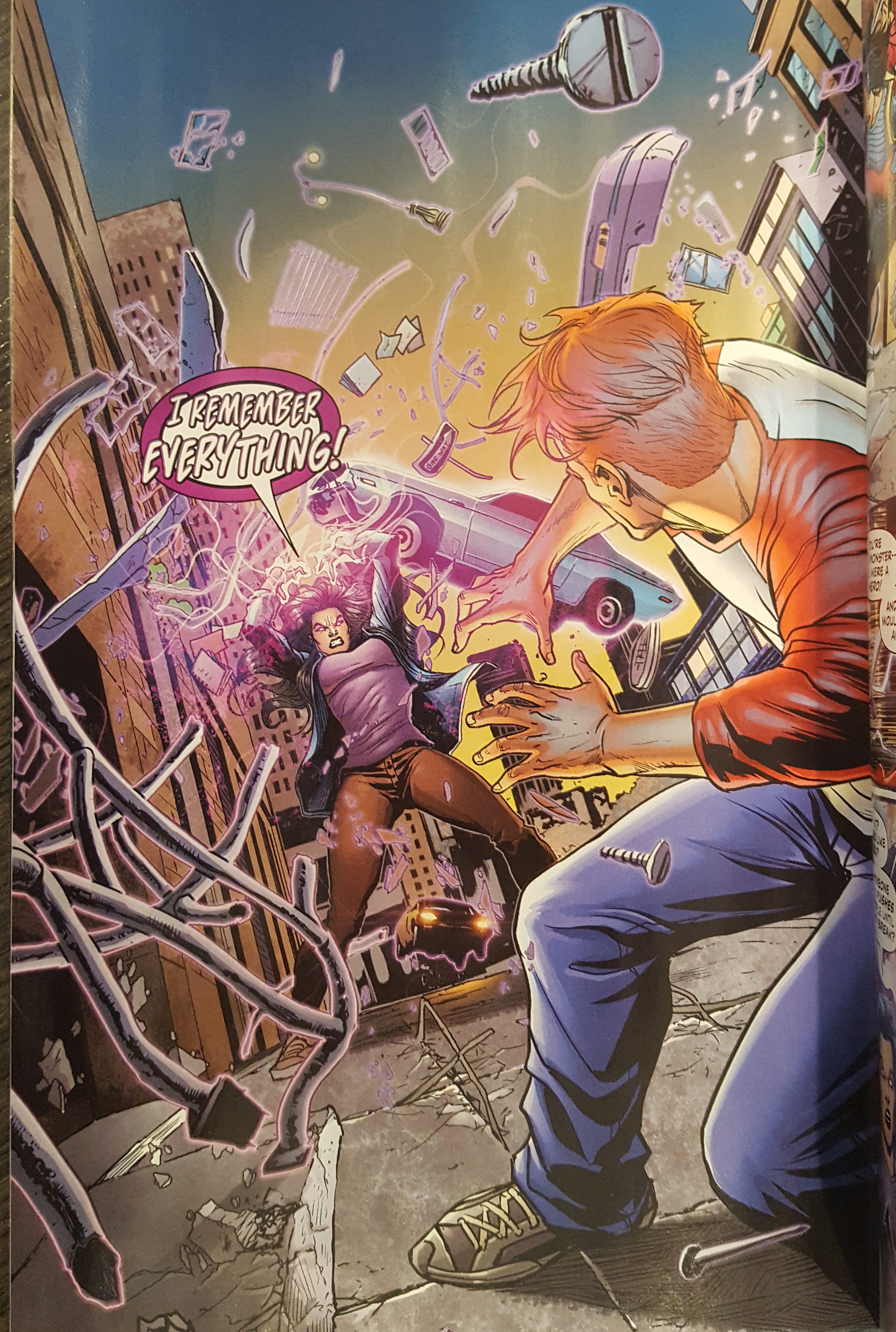 But she doesn’t just blame her for pushing her to become a villain. She quickly recognizes how good her new life was. She didn’t have any powers, but she also wasn’t a villain. She blames Wally West for taking that away. 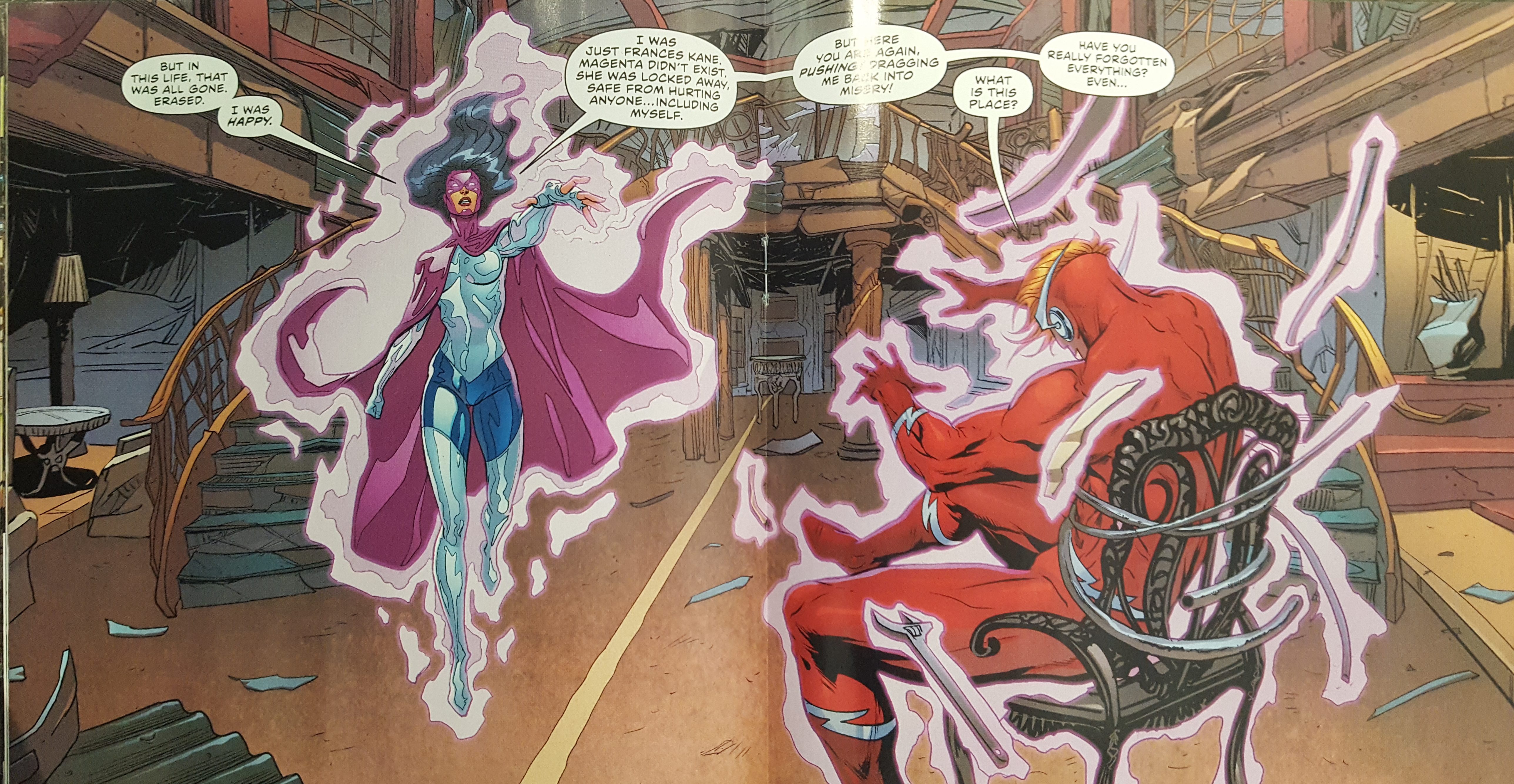 Wally finds himself in a dangerous situation. He’s very nearly outmatched by Magenta. Her rage and hatred take him surprise and put him on the defensive. Even when he tries to reason with her, she lashes out. It looks like the one person he thought he could find an anchor to in this new DC Universe, might be an old foe reborn. But Wally’s not without one last play. He uses the memory that awakened Magenta’s dormant memories to show her a different side of herself. He whisks her away to Nebraska so she can recall the great times they had together as children. 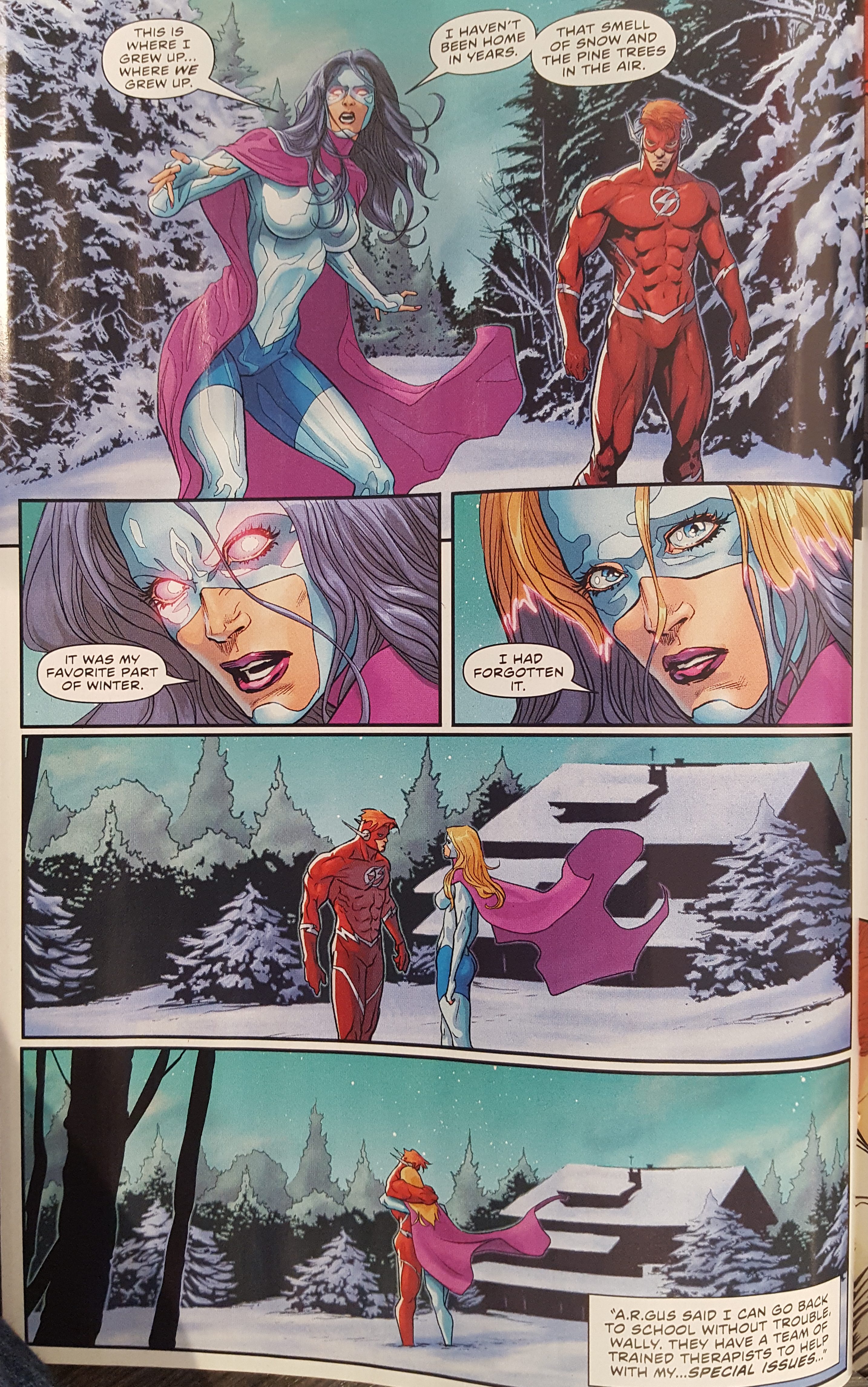 Everything looks peachy and there appears to be a happy ending for both Wally West and Frances Kane, but little do they know an old adversary has returned and he even has his own brand new hit squad set to pit the Flashes against each other.

Wally West might be in more danger than he realizes!