The Flash Annual #1 by Joshua Williamson, Howard Porter, and Christian Duce gave us a number of surprises! We saw the return of one of the Flash’s greatest villains. However, he’s not the only threat to Barry Allen, Wally West, and Kid Flash. He’s got a whole new squad of villains looking to track down Iris West and start a war between Barry Allen, Wally West, and Kid Flash.

This new team might look familiar, but I expect them to take on very different personalities from their 21st Century counterparts.

This new team is called the Renegades and it includes Commander Cold, Mirror Monarch, Heatstroke, Golden Guardian and Weather Warlock. As you can tell by the names and even their designs they are a take on the 21st Century Rogues. However, the leader of this new, dangerous task force describes why they were created, “to mock the rogues.” 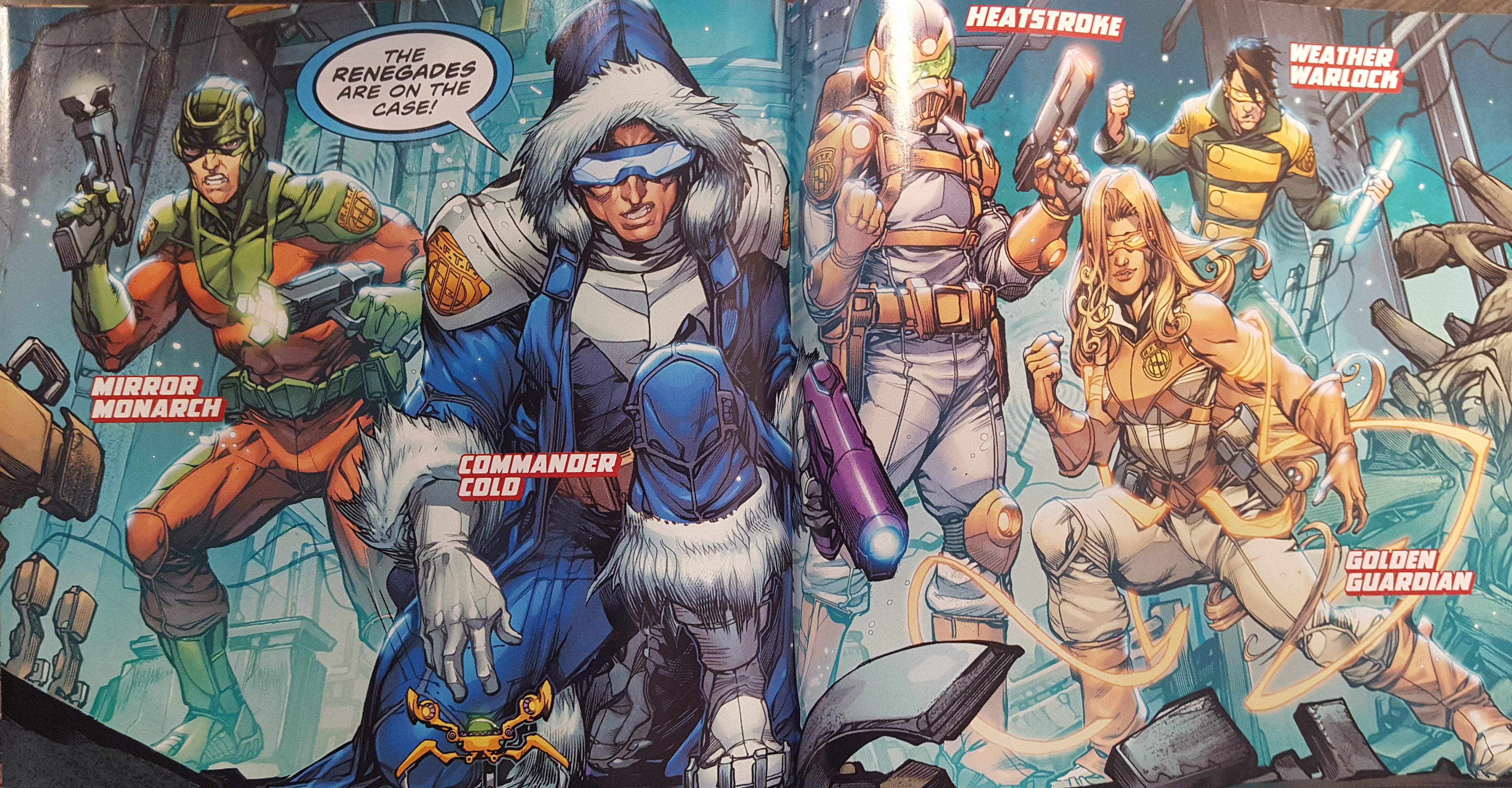 But what could their first mission be? Well, it’s to capture Iris West in the 21st Century and bring her back to the 25th Century for questioning. The primary reasoning is for the murder of Eobard Thawne, the Reverse Flash. Iris previously vaporized Thawne with a Black Hole gun after he had kidnapped her and took her to the 25th Century. 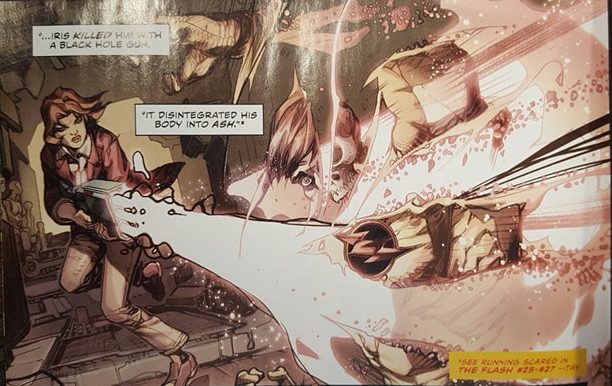 What’s really interesting about the Renegades is the technology they use to summon their Rogue-like designs. It’s not really explained how it works, but it appears they activate some kind of technology that begins whirring until they have brand new costumes as well as a fully equipped arsenal. 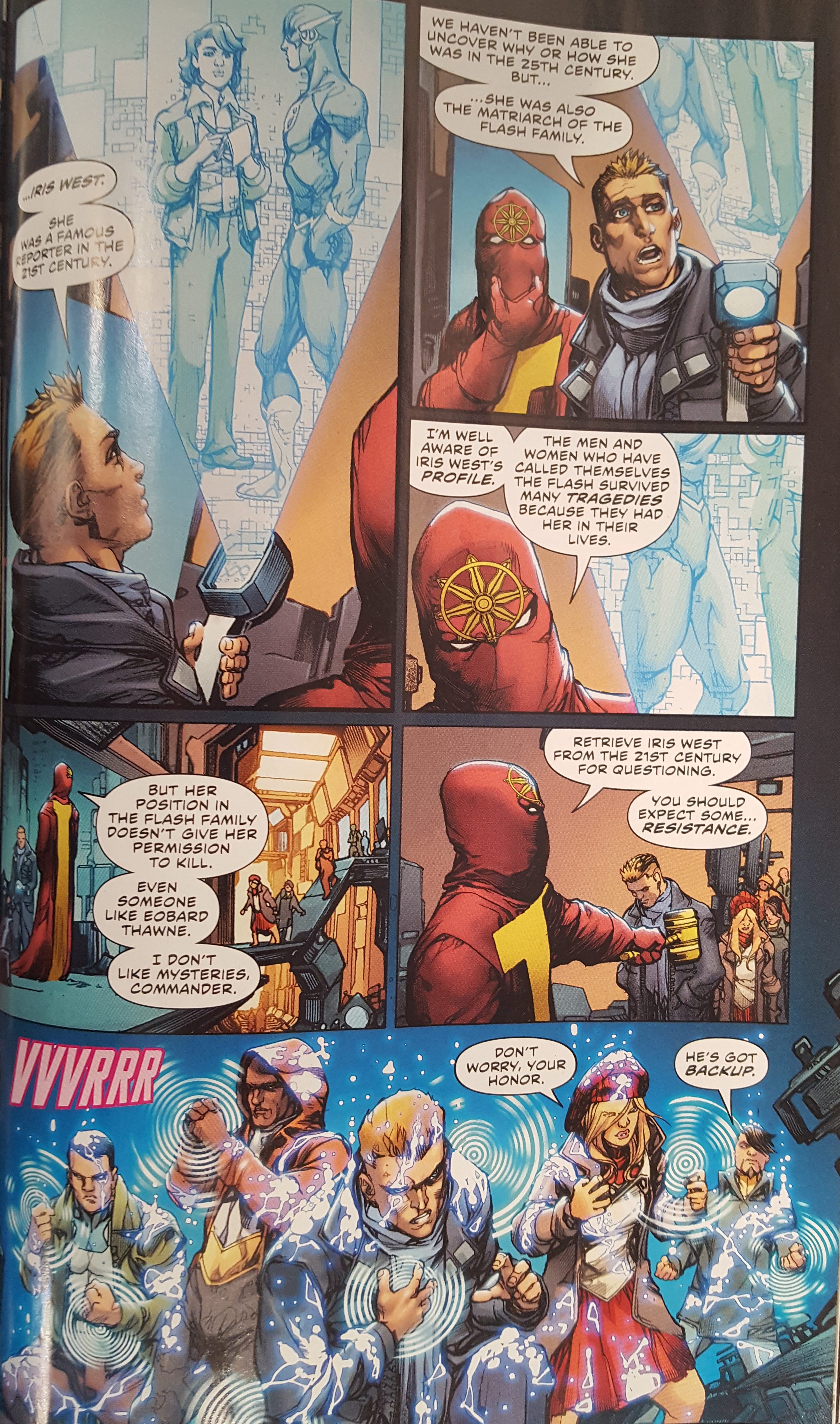 If this 25th Century technology can instantly change their clothes and give them new tech, Barry Allen and company are going to have a hard time combating them. Barry can even have a tough time taking out his 21st Century rogues, just imagine them equipped with four centuries of advanced technology and weaponry at their disposal now. It’s bound to be good!

I highly recommend picking up The Flash Annual #1. You won’t regret it!