Donny Cates and Geoff Shaw’s current run on Thanos is one of the best in comics right now. In the last issue, Thanos #15, they really ramped up their storytelling, revealing some of Thanos’ most villainous and heinous deeds. They even reveal a truly horrific demise for Captain America at the hands of Thanos.

But they aren’t stopping with just Captain America. Danny Cates and Geoff Shaw will regale us with more of Thanos’ most brutal, awful acts in the upcoming Thanos Annual #1.

And they will use they newly identified and extremely twisted Cosmic Ghost Rider to narrate these horrific acts.

“I am so excited to delve further into the Mad Titan and his Cosmic Ghost Rider…friend, and this Annual is a murderer’s row of talent that is not to be missed!” describes Cates. “Come and explore the worst deeds Thanos has ever performed…but uh…don’t plan on sleeping any time soon!” 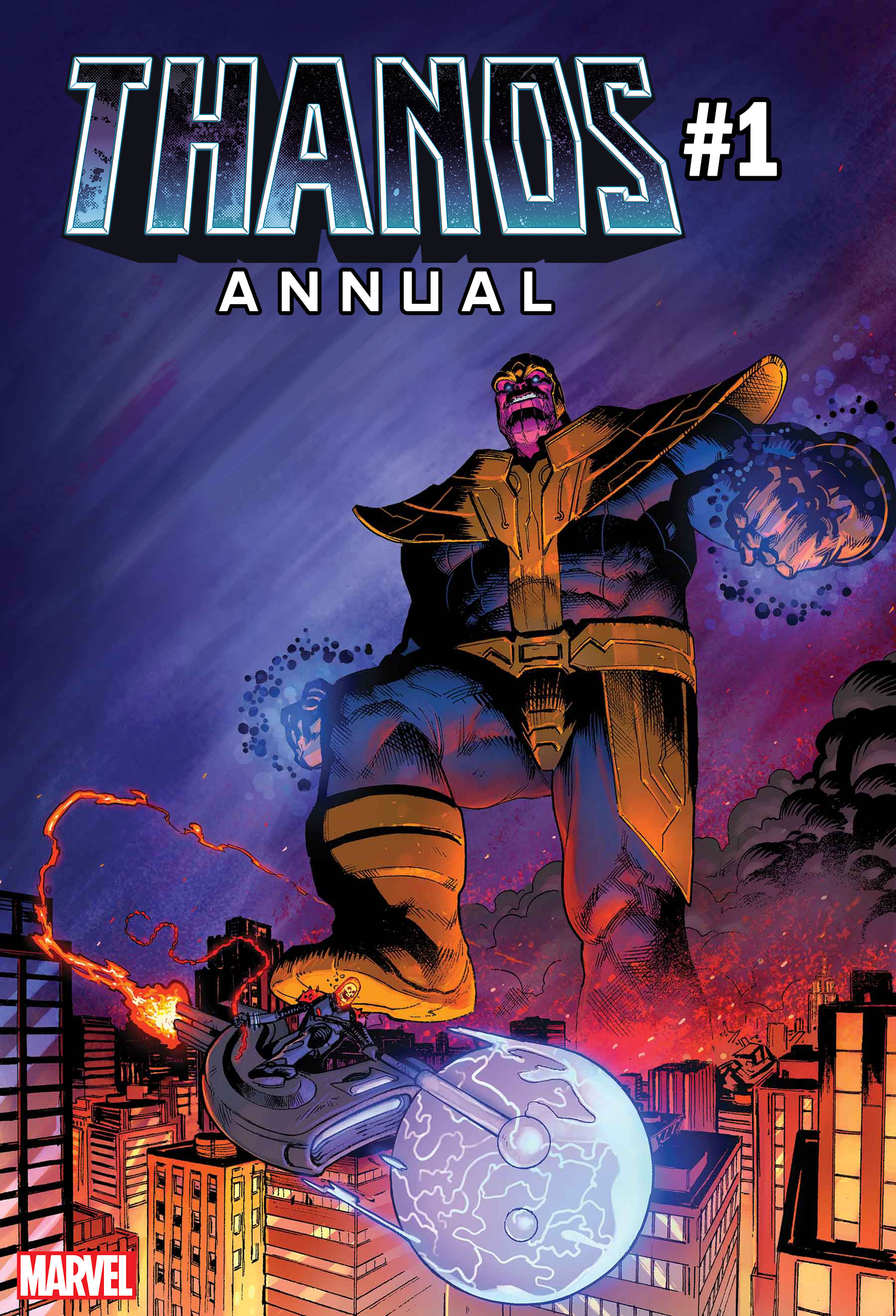 Editor Jordan D. White explains the Cosmic Ghost Rider will be able to narrate Thanos’ most horrific deeds because Thanos uses Ghost Rider’s trademark Penance Stare. The Penance Stare lets Thanos recall his fondest memories, which also happen to be his most disturbing crimes against the Marvel Universe.

“In issue #15 of Thanos, we see the Rider get a look into Thanos’s mind. In this annual, he tells us about some of the horrors he found in the dark corners of it. Donny is, of course, contributing, and we’re both pumped about the TWISTED stories that folks have been pitching in for the Mad Titan.”