DC Comics is getting ready to launch a brand new full-sized promotional magazine, DC Nation, which will provide fans with a sneak peek on everything that is happening at DC. 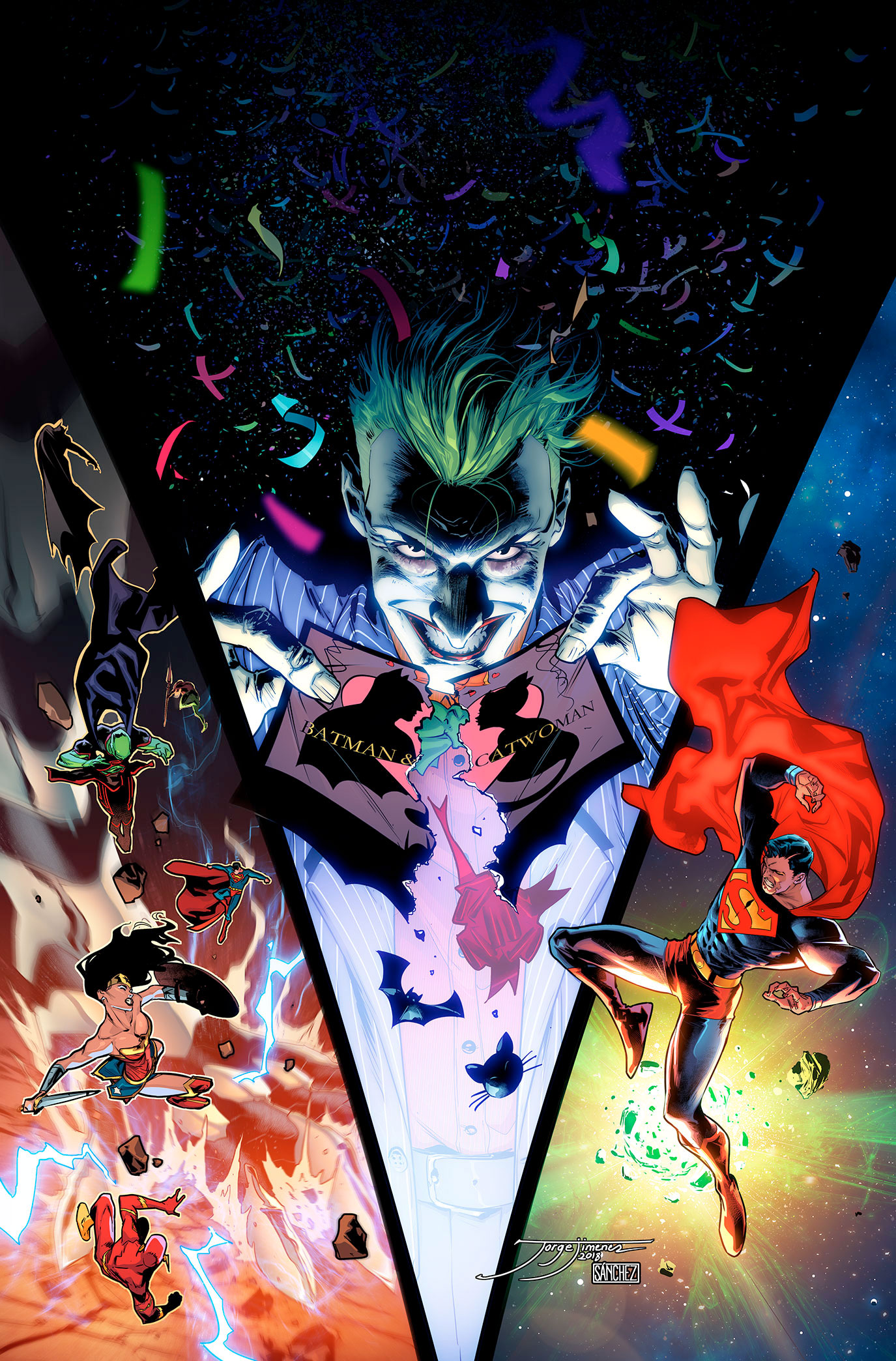 First, Snyder will team up with artist Jorge Jiménez and writers James Tynion IV and Joshua Williamson for a special preview story of Justice League: No Justice. Justice League: No Justice is the newly announced four-issue weekly series by Snyder, Tynion IV, Wiliamson and artist Francis Manapul which spawns out of Snyder and artist Greg Capullo’s Dark Nights: Metal series.

Then Tom King and Clay Mann give a preview to their upcoming Batman story arc featuring the wedding between Batman and Catwoman. And with many comic book weddings, it looks like it’s going to get crashed by some villains. But it won’t be any old villain. The Joker will be attending Batman’s wedding and he’s most definitely not going to hold his peace!

Finally, Brian Michael Bendis will follow-up his Action Comics #1000 debut with a preview to his upcoming Man of Steel weekly miniseries. He will team up with artist José Luis García-López for the preview to the series that DC is saying “will shake up the classic story of Krypton’s final days and Kal-El’s path to becoming an iconic hero.”

DC Nation #0 will retail at $.25. However, you can get it for free via digital download. It comes to comic book shelves everywhere on May 2, 2018 just a few days before Free Comic Book Day. DC Nation #0 will 32 pages in length. The cover to DC Nation #0 will be done by Jorge Jiménez & Alejandro Sánchez.