Dark Horse and Blizzard Entertainment are teaming up for a brand new Starcraft series, StarCraft: Scavengers. The new comic book series will be written by Jody Houser with artwork by Gabriel Guzmán. They will be joined by colorist Mike Atiyeh.

StarCraft: Scavengers will focus on a group of terrans hoping to pull off the job of a lifetime. They will pillage a derelict protoss ship that is decaying in orbit above an uninhabited planet. The team will be racing against time as they try and scavenge the ship’s priceless tech before it burns up in the planet’s atmosphere. But time won’t be their only enemy. The Dominion police forces don’t take too kindly to scavengers. And they especially don’t take too kindly to scavengers who ignore a recent United Earth Directorate treaty. And if the cover for the first issue hints at anything, there might also be some trouble brewing on the ship itself! 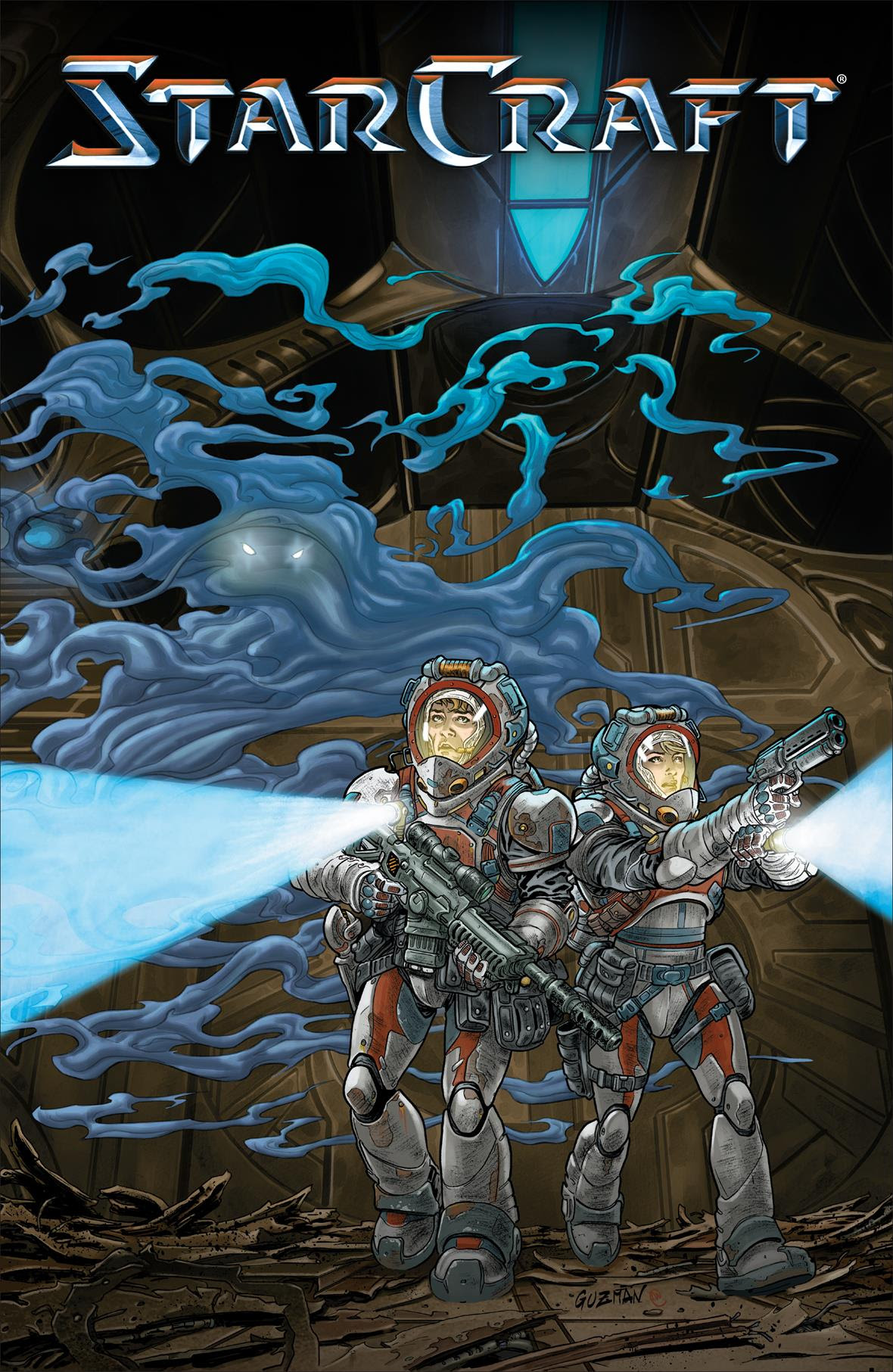 The story will be told from the point of view of a young, inexperienced engineer.

It will take place in Blizzard Entertainment’s StarCraft world that originally launched in 1998 as a real-time strategy game. It chronicled the interstellar war between the protoss, the zerg, and the terrans. The story continued in StarCraft II which recently became free-to-play and includes the award-winning Wings of Liberty campaign.

StarCraft: Scavengers will go on sale on July 25, 2018. It will join Dark Horse’s extensive collaboration with Blizzard Entertainment which includes The Art of Overwatch, Overwatch Anthology: Volume 1, and both volumes of the World of Warcraft Chronicle.