Avengers: Infinity War toys for the Marvel Legends toyline are starting to show up in toy stores and one of those includes Captain America and a look at his brand new shield.

If you remember, Captain America left behind the iconic Vibranium shield following his fight with Iron  Man at the end of Captain America: Civil War. After he defeats Tony, helps Bucky up, and begins to leave, Tony tells Cap, “That shield doesn’t belong to you. You don’t deserve it. My father made that shield.” Cap responds by dropping the shield.

The shield would then become a significant part of the Avengers: Infinity War trailer. Chadwick Boseman’s Black Panther says, “Engage all defenses and get this man a shield.”

Well, we are now getting our first look at what that new shield could look like. 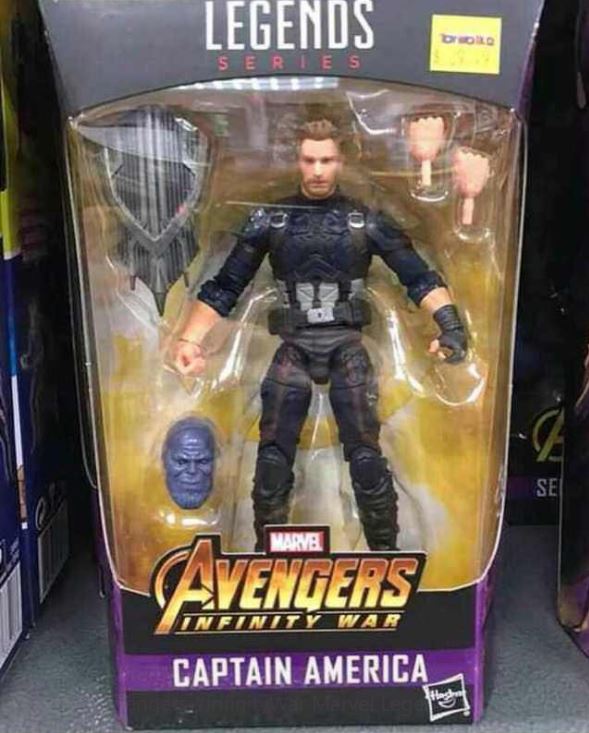 As you can tell, the shield takes on the shape of Captain America’s original shield design from the comics. However, it has a very different color scheme, more in tune with Wakanda. It’s more than likely it’s made out of vibranium just like his original shield. If we examine T’Challa’s words from the trailer carefully, it’s more than likely this could be a standard issue shield for Wakandan warriors. He doesn’t say “his” shield. He says “a shield.”

I wouldn’t be surprised if the shield also uses Wakandan technology from the clips and trailers we’ve seen from Black Panther. It’s possible we already got our first look at Captain America’s shield as he runs out of the jungle to confront Thanos’ forces. If you look closely you can see Captain America has what appears to be some kind of Wakandan armor on his hands. I wouldn’t be surprised if at least one of them forms the shield. 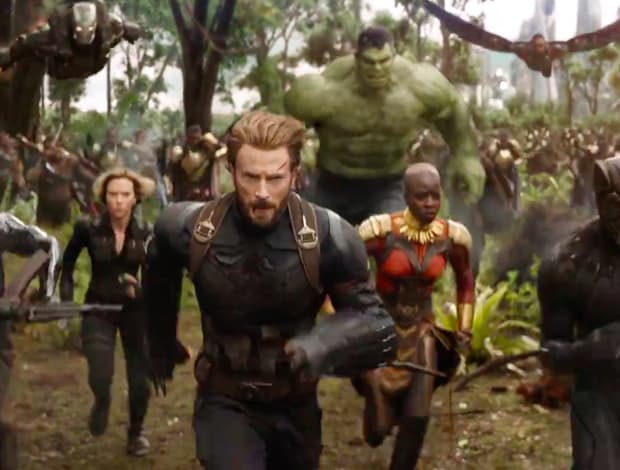 The full line of Marvel Legends figures includes Spider-Man, Captain America, Proxima Midnight, King Cobra, Taskmaster, Songbird, and Iron Man. Each of these figures comes with one part of Thanos. If you can collect them all you can build the Mad Titan.