TMZ has reported that Stan Lee was rushed to a hospital in California after falling ill at his home. Sources close to Lee state he was rushed to Cedars-Sinai late Wednesday evening. Reports are saying the legendary writer and founding member of Marvel Comics suffered from shortness of breath and an irregular heartbeat.

The report states that he is in the hospital but in stable condition. No other reports from his camp are available at the moment.

Last year Lee didn’t attend the Big Apple Comic Con in New York City due to health issues. He also had to drop a number of scheduled attendances due to his failing health last year. He did manage to show up at the Los Angeles Comic Con to greet fans however. And the line to that was long. Also, last year’s San Diego Comic Con was going to be Lee’s last appearance at the venue.

The comic book legend has been a staple for the nerd community over the years, promoting comic books when they were unpopular and part of a smaller fad. He began Marvel with Joe Simon and Jack Kirby, under the direction of Martin Goodman. He stayed with the company when it became Atlas, and eventually helped create the first super-powered family, The Fantastic Four. Lee has lived through the Golden Age of comics, the Silver Age, and all through the bronze age that hit on the more social relevant issues like racism, drug use, alcoholism, poverty, and pollution. Stan Lee has been through a lot over the years, and it seems that in the twilight of his life he is enjoying the fruits of his labor. Albeit with personal tragedies including the recent death of his wife Joan in July of last year.

Comic book movies especially Marvel films have dominated the box office in recent years. Lee’s influence and popularity has grown to enormous proportions in his later years because of this. He has had a cameo in almost every comic book film in the MCU. Fans are looking forward to find out how he’ll show up in Wakanda in Black Panther. 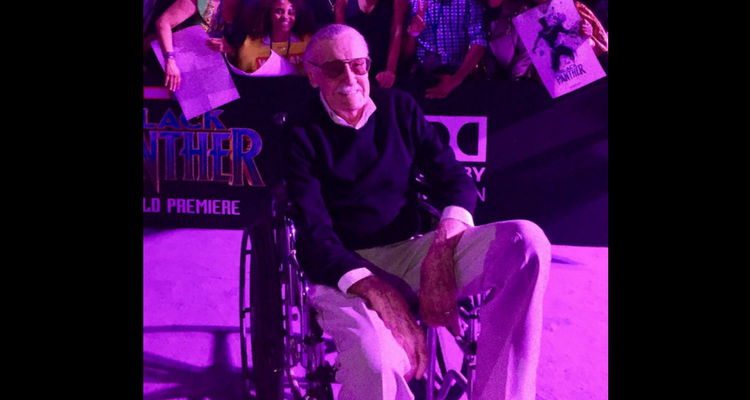 Recently, he was pictured at the Black Panther premiere in a wheelchair. He was taking pictures with fans from a distance. A number of sites have claimed he was upbeat during the premiere. He was even pictured standing when greeting the film’s star, Chadwick Boseman. However his wheelchair appearance caused many fans to grow concerned about his health. 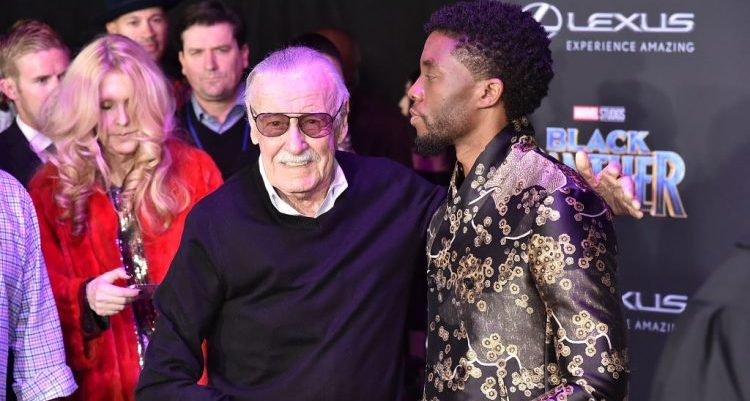 We will definitely be keeping Stan Lee in our thoughts. We hope he makes a full recovery!

A spokesperson for TMZ told them Stan “is doing well and feeling good, he is staying there for a few days for some check ups as a safety precaution.”