However, the turtles have some radically different looks and their main squeeze April O’Neil is now an African American with purple/brown hair. 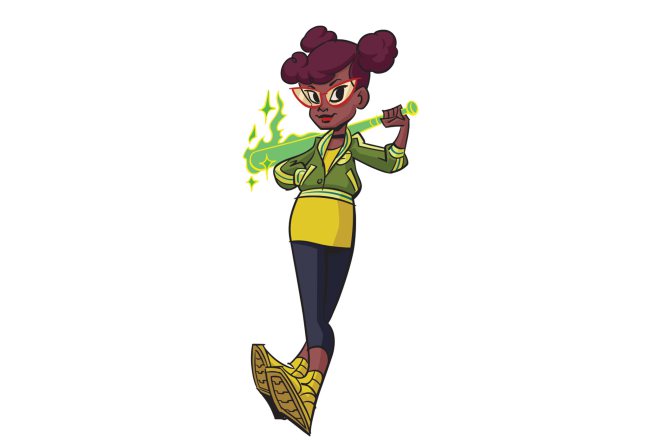 This is a radical change from the comics. April O’Neil first appeared in Teenage Mutant Ninja Turtles #2 back in 1984. As you can see the comic was a black and white comic. She was the assistant to Baxter Stockman. The shading between Stockman and April is pretty obvious. It’s rather clear April O’Neil was a Caucasian. 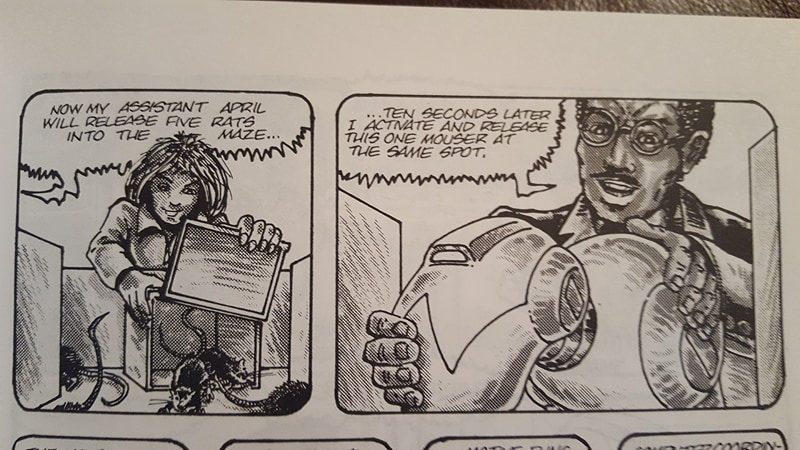 An astute Twitter user points out the only issue where April was black. They also note this was an out of canon issue.

I guarantee you're going to be seeing this pic a lot in the next few days. It's from TMNT #32 which was a guest issue from Mark Bode and not part of the Mirage canon nor a Mirage production. This is the only Mirage comic where April was black. pic.twitter.com/6HzoKkUHht

The same user showed us the first colored comic book image of April from Mirage Vol. 1 #2.

For all the "April was originally black in the Mirage comics" replies that are sure to begin swarming the internet, the reality is that no, she was not. This is April from her first appearance in Mirage Vol. 1 #2. The colors are from the pic.twitter.com/em1uA4QDNa

They then point out why there is a misconception surrounding April’s ethnicity.

The "April was originally black" misconception stems from a quote from Kevin Eastman's Artobiography book. In it, he says that he named April after the girl he was dating at the time, who was black. That has been misconstrued over the years to become "April was black".

In fact, in Kevin Eastman’s Artobiography published by Heavy Metal in 2002, he reveals April was originally supposed to be Asian! 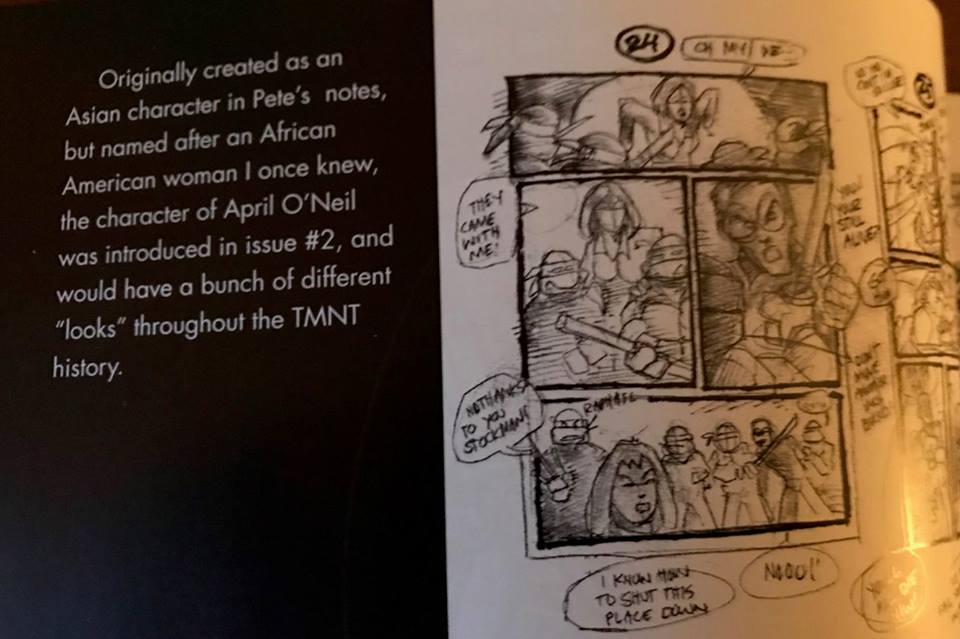 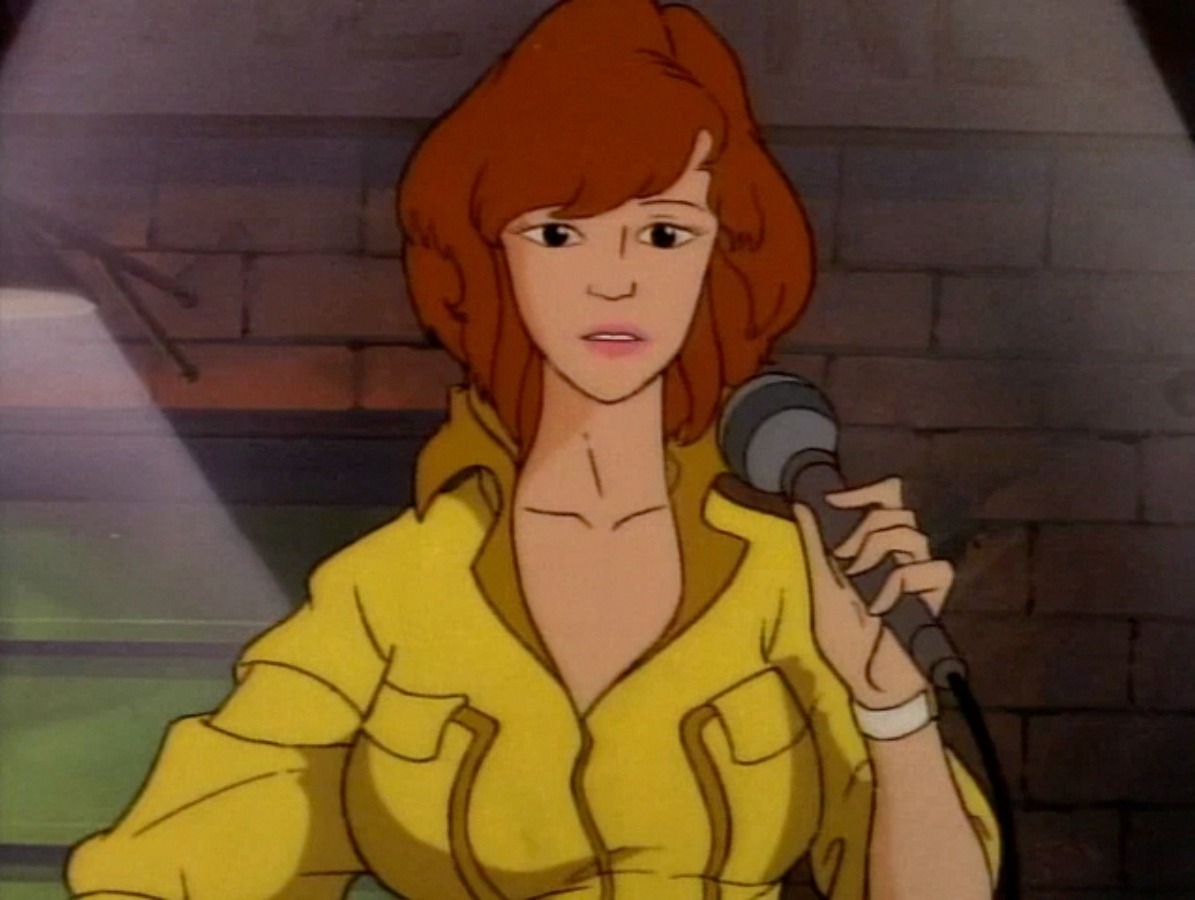 Then in the 1990 live-action Teenage Mutant Ninja Turtles movie, she was played by Judith Hoag. 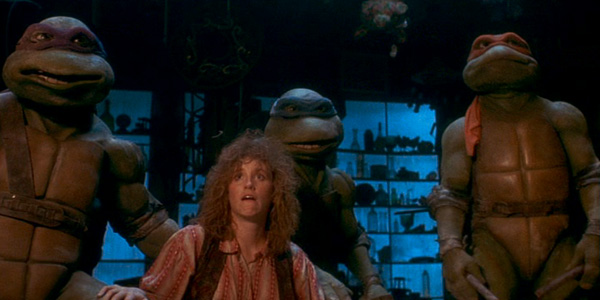 O’Neil will be voiced by Vampire Diaries‘ Kat Graham in Rise of the Teenage Mutant Ninja Turtles.

Not only has April O’Neil been radically altered for the upcoming television show, but the Turtles and their mentor Splinter have very radical designs as well. The turtles are not all the same type of turtle any more. Donatello is a soft-shell turtle, Leonardo is a red-eared slider, Michelangelo is a box turtle, and Raphael is a snapping turtle.

Along with the turtles being all different kinds of turtles, they also have a new pecking order when it comes to leadership. Raphael, voiced by Omar Miller, will be leading the team. He’s also not wielding his iconic sais. Instead he wields twin tonfas. 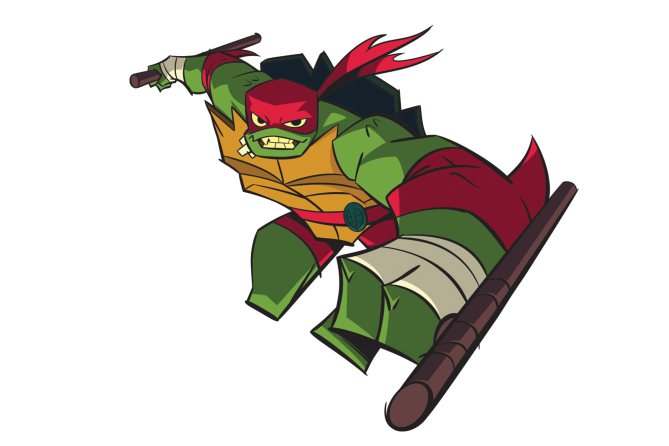 Raphael isn’t the only turtle with a new weapon. Michelangelo, voiced by Brandon Mychal Smith, now wields a kusari-fundo instead of his nunchaku. 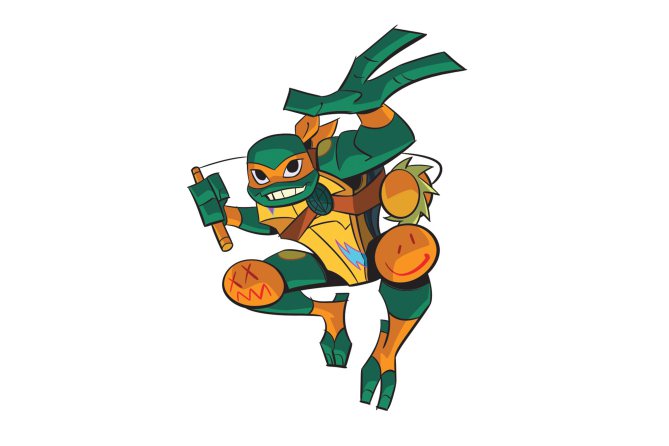 Leonardo, voiced by Ben Schwartz, no longer wields his twin katana. Instead he uses an ōdachi sword. He’s also being described as having “irreverent charm and a rebel heart.”

Donatello, voiced by Josh Brener, is the only turtle to retain his normal weapon, although it does appear to have some improvement, he will still wield a bo staff.

Splinter, voiced by Eric Bauza, appears to be unchanged in role and personality. He will still be the Turtles’ sensei and father figure. Although his design like the others looks absolutely horrid. 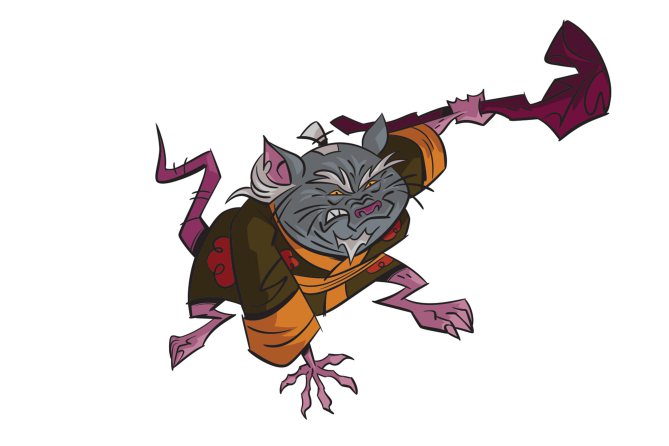 Along with the Turtles, Splinter, and April O’Neil the show will feature the villainous Baron Draxum, voiced by John Cena. The Turtles and team will have to combat Draxum, an alchemist warrior mutant, from turning every single human into a mutant. Didn’t they make an X-Men movie about that?