Thursday was a bit of a harrowing day for Marvel fans and comic book fans. Yes, Stan Lee was rushed to the hospital. He’s doing fine now and is out and about. But I’m talking about what happened on social media. A Facebook group called “Down With Disney Treatment of its Franchises and its Fanboys” launched a campaign against the upcoming Marvel film Black Panther.

Their plan was to bring the Rotten Tomatoes audience score down. They claimed also to have previously sabotaged the scores for Star Wars: The Last Jedi. The group claimed to have 2,000 folks interested in manipulating the Rotten Tomatoes scores. Their purpose was to punish Disney for “manipulating the press” with higher scores of both Marvel and Star Wars films, while DC got a bunch of negative press.

“Given the massive success of the audience review rigging on the Rotten Tomatoes site for Star Wars: The Last Jedi, and due to the sudden rise in those disgruntled with Disney business practices among other factors especially due to the corporate manipulations which created falsified bad press for the DCEU, I feel that it’s time to strike back at all those under Disney and bring down the house of mouse’s actions for paying off the critics that hurt DC Comics on film and for other parties affected by them.

I’ll be making events like this for Infinity War and the Netflix shows etc so we can rally together to truly make a difference. Share this with your friends and all potential sympathizers.

P.S. If you want to spread spoilers to Marvel fanboys, use this event as a platform to inform us of targets!”

As of yesterday, Facebook took down the page after reports of harassment. 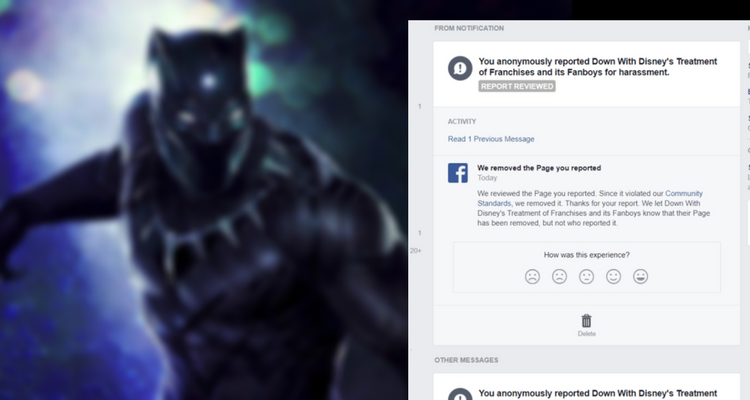 The page wasn’t just targeting Black Panther. It also had its sights set on the latest film in the Star Wars franchise, Solo: A Star Wars Story.

Facebook weren’t the only ones to respond. Rotten Tomatoes released a statement that they will be monitoring their platforms and will block users who in engage in “hate speech.”

“We at Rotten Tomatoes are proud to have become a platform for passionate fans to debate and discuss entertainment and we take that responsibility seriously. While we respect our fans’ diverse opinions, we do not condone hate speech. Our team of security, network and social experts continue to closely monitor our platforms and any users who engage in such activities will be block[ed] from our site and their comments removed as quickly as possible.” 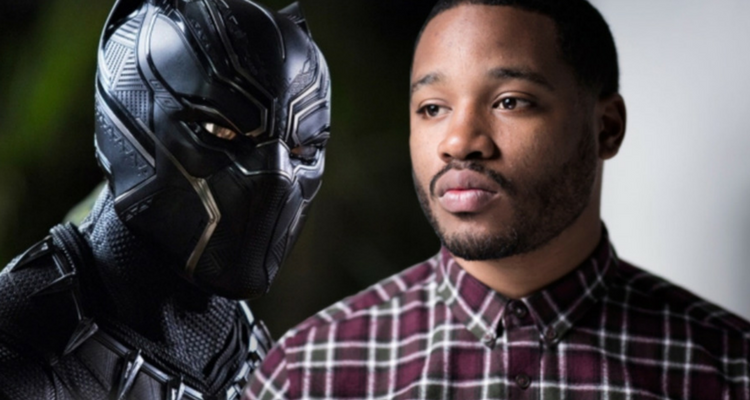 And more recently, Black Panther director Ryan Coogler responded in an interview with the Huffington Post regarding the group.

Coogler also had thoughts on Rotten Tomatoes and movie criticism in general:

“It … can be an oversimplification of what critics are saying about a movie. It’s quicker to look at the consensus than it is to read the articles. But I’m a person who definitely respects film criticism and draws on it in the filmmaking process.”

I think it’s safe to say that this small group does not represent a majority of fans. However it is sad that there are individuals who would purposely paint something they haven’t seen, nor have any intention of seeing, in a negative light. And they would want to spoil it for the rest of us, who are actually looking forward to the movie. There is a lot of hype going in to this film, with critics already praising it. Marvel itself is putting a lot of faith in Black Panther for the future of their franchise. That much is clear when their mega tent pole film plot, Avengers: Infinity War, appears to culminate in the region where Black Panther takes place.

As of today, there have been no reports of the group reorganizing on Facebook or any other social media platform.