Disney and Lucasfilm have taken their promotion of Solo: A Star Wars Story to the next level. They first dropped a Super Bowl teaser spot, then this morning they released the full-length trailer. Now, we are getting four character posters featuring Alden Ehrenreich’s Han Solo, Emilia Clarke’s Qi-Ra, Donald Glover’s Lando Calrissian, and Joonas Suotamo’s Chewbacca. 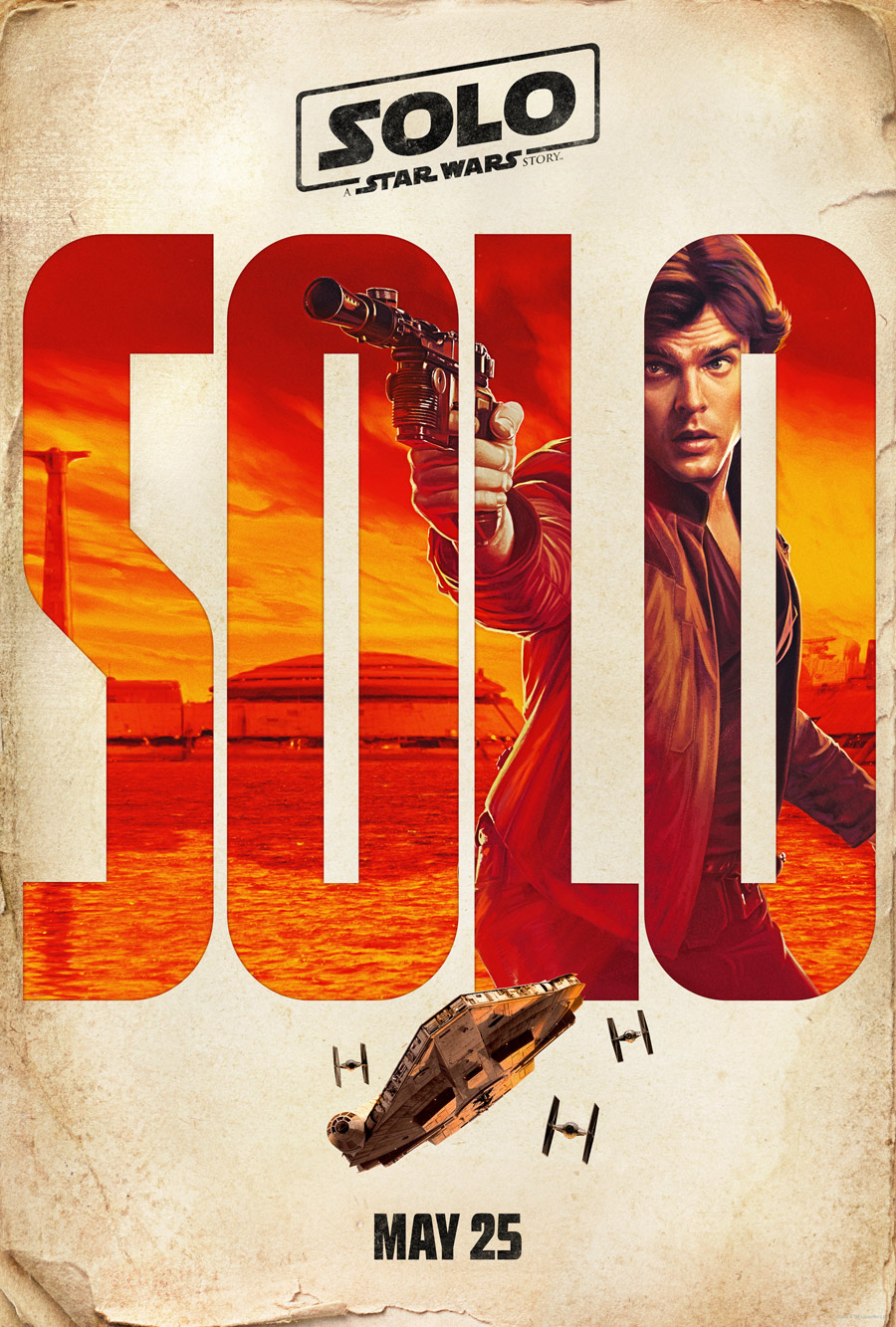 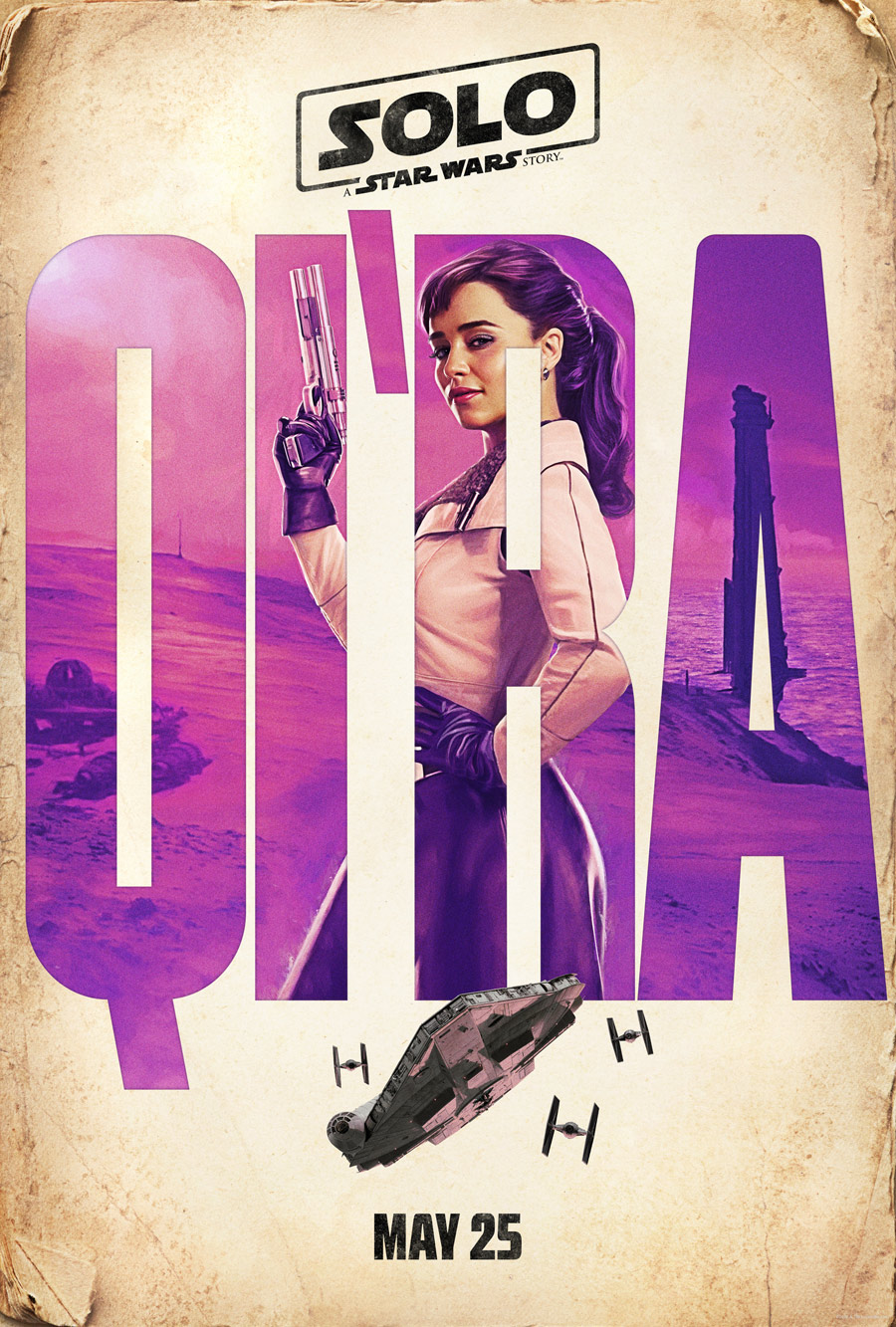 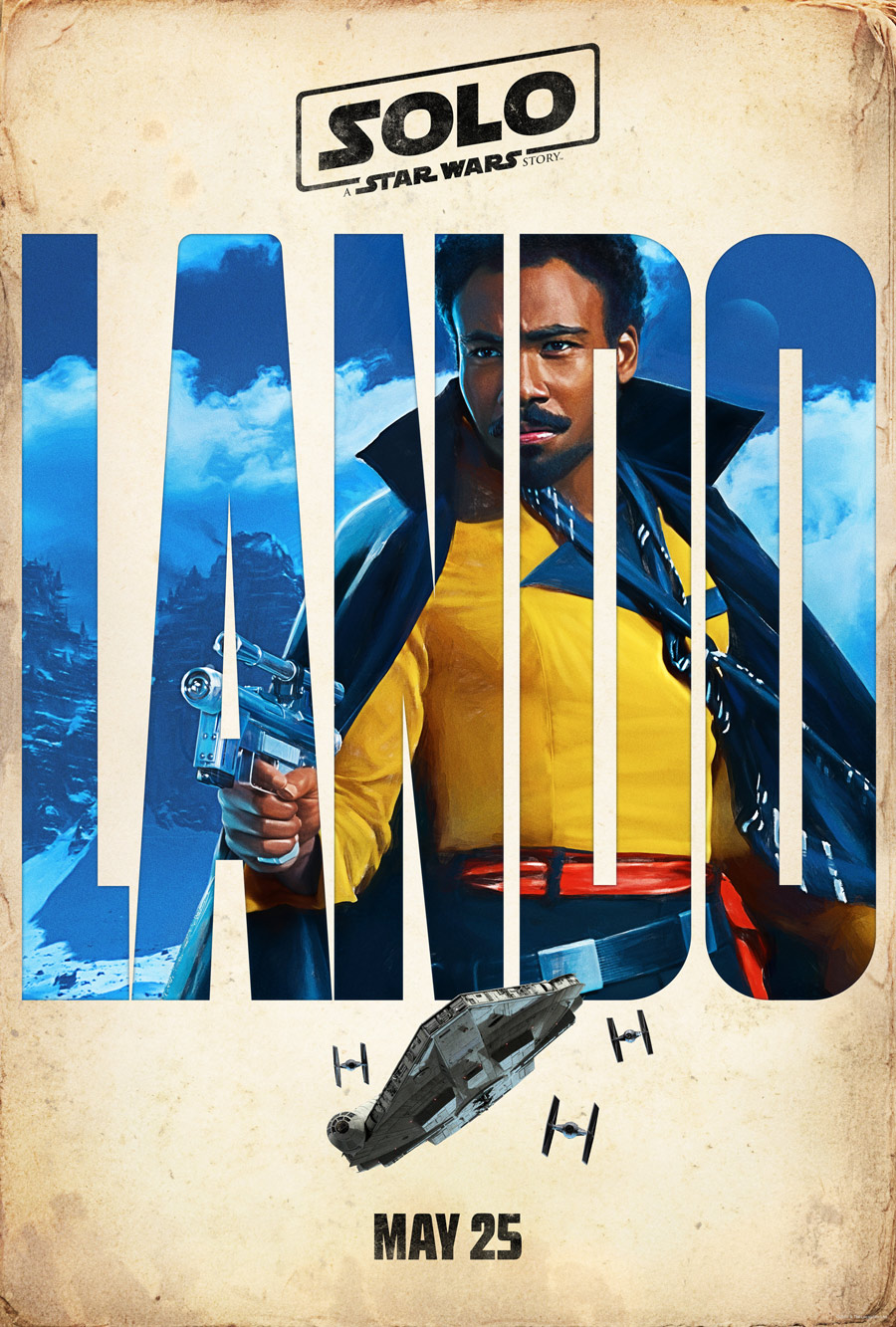 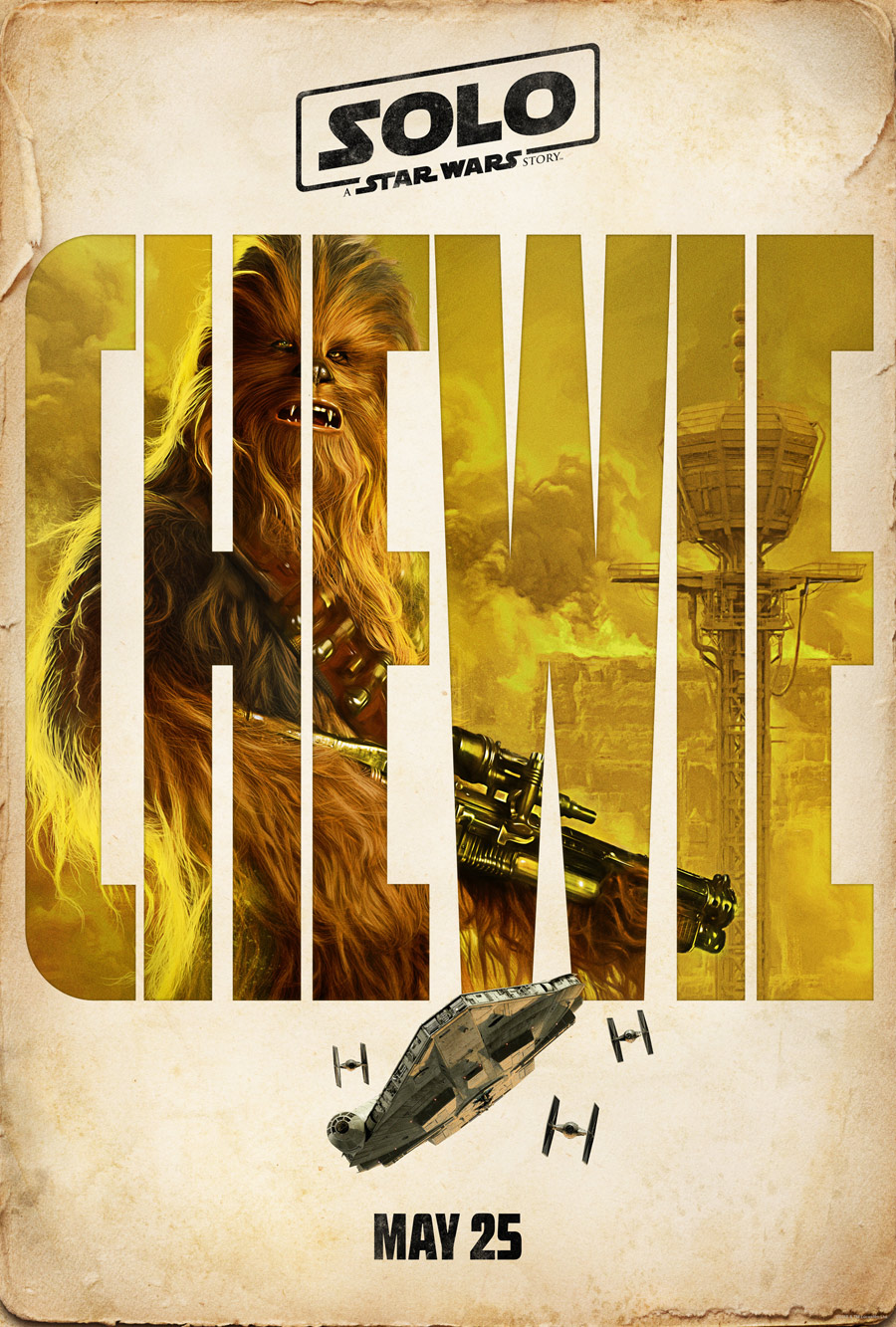 As you can see each of the posters features the four different characters. However, in the background of each poster we also get a look at four radically different locations that will most likely appear in the upcoming film. The first planet with Han Solo looks very similar to Kamino. It appears to be a water planet with structures built on top. The second with Qi’Ra looks to be a desert planet with a vast ocean. Lando’s poster features a snow planet with what appear to be ancient temples. It’s possible we might get some Force related story when they visit this planet. Finally, Chewbacca’s poster looks to be either a heavy industrial planet or one that is just waiting to burst. The yellow coloring indicates there might be a high concentration of sulfur on the planet.

Do you think all of these planets will be brand new, or will we be seeing brand new planets added to the ever-expanding Star Wars galaxy?

I’m definitely digging Lando’s poster with that bright yellow shirt, red sash, and his iconic blue cape. The colors just grab your eyes and wow you.

Which one is your favorite?