**Warning Spoilers for Batman #40 Below**

The story picks up right where Batman #39 left off. Bruce and Diana are taking a break from fighting the Horde. They sit next to each other in front of a blazing bonfire. 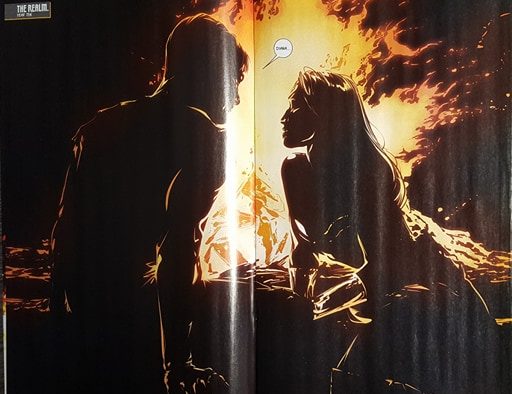 Bruce leans in close to kiss Diana. They are seconds away from kissing, when Bruce his lips just centimeters from Diana’s says, “We can’t…” Diana responds, “No, we can’t. Ever.” The two then laugh at the passing moment and then reflect on it.

Bruce tells Diana, “This…This is ridiculous.” To which Diana responds, “Yes. It very much is.” 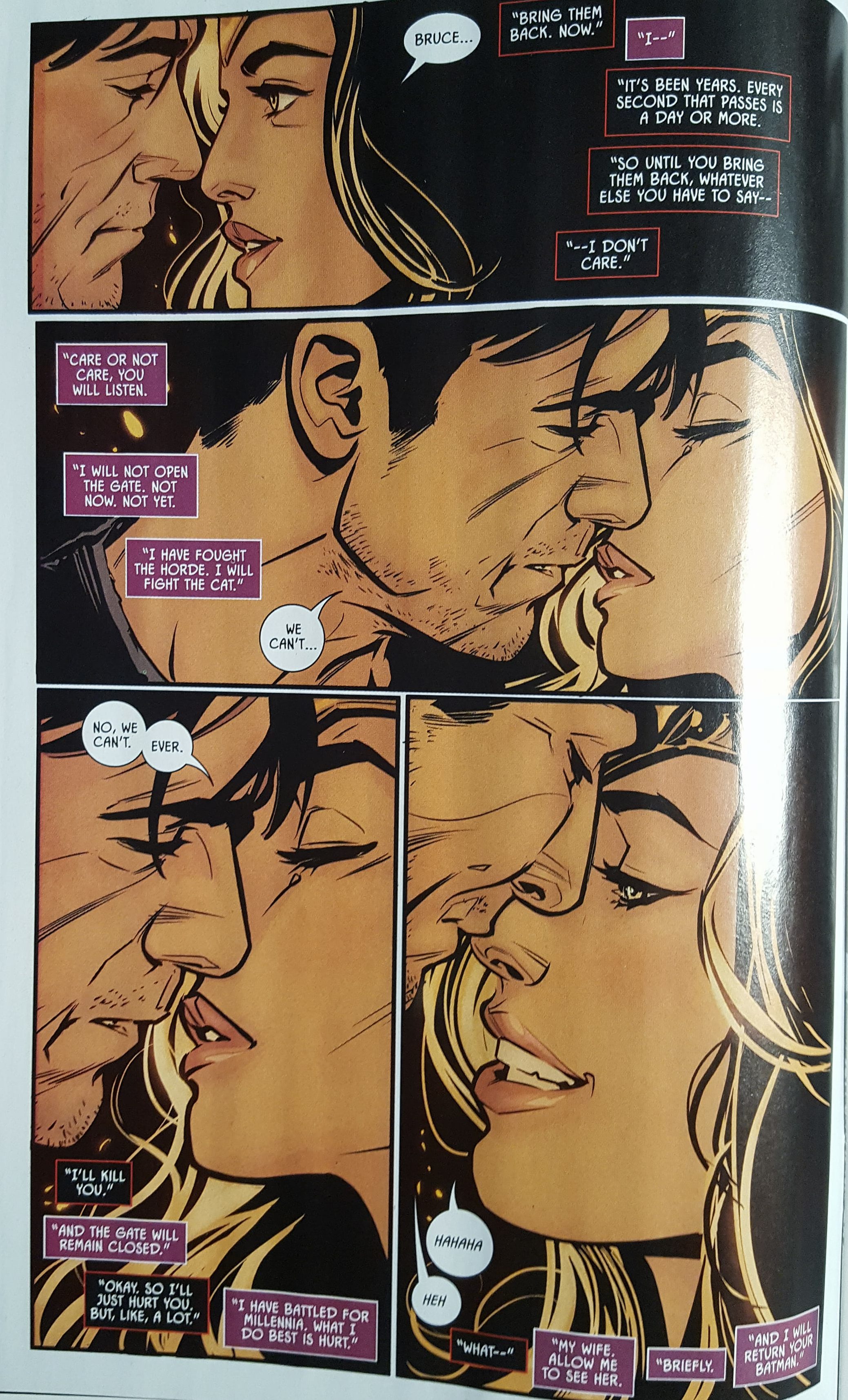 Finally the two remember their loved ones Bruce remembers Selina and tells Diana, “I love her. I miss her.” Diana understands, “She sounds like a good woman. Just as my Steve is a good man.” She then proceeds to give Bruce some solid advice, “And like Steve Trevor, your Selina deserves someone who is also good. So be good.” But it’s not just advice she offers, she jokingly offers her own style of friendship, “And if you are not…As your friend, let me tell you, Batman. I will hit you so hard, your silly little pointy ears will fall right off.” 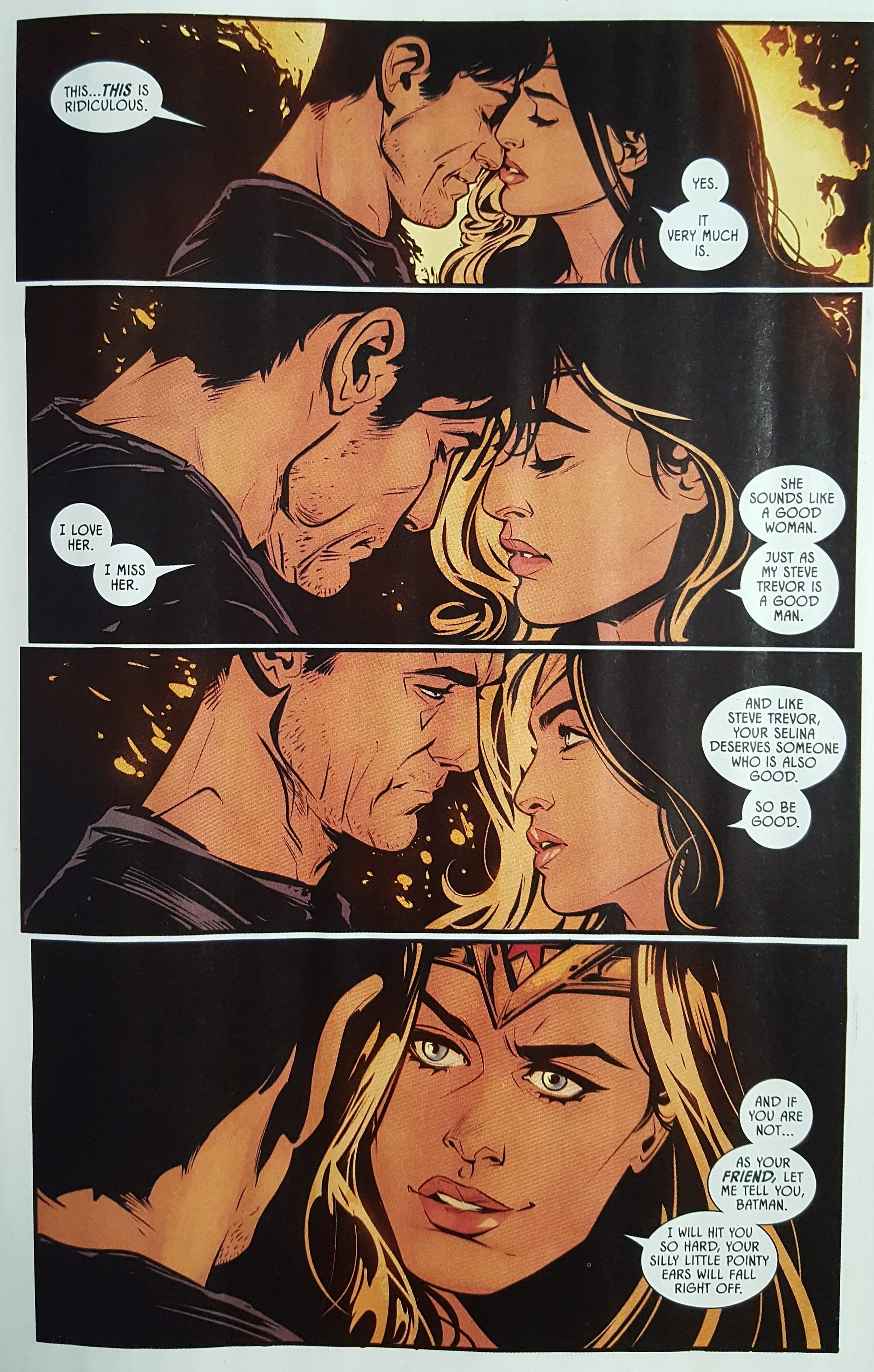 There you have it. Batman had a moment with Wonder Woman and vice versa. But both of these heroes were able to ultimately resist the temptation and honor their loved ones back on Earth.