Ryan Reynold’s dropped the latest Untitled Deadpool Sequel trailer and to everyone’s surprise it included a brand new cast member, Terry Crews. If you look at the trailer below you can see Crews standing next to Ryan Reynolds’ Deadpool and Zazie Beetz’s Domino as the team looks to jump out the back of a helicopter. Crews shows up at the 1:37 second mark.

His inclusion in the film was a huge shock to me! 20th Century Fox did a spectacular job of keeping Crews’ connection to the movie a secret up unto this point. And they definitely appear they are going to leverage Crews’ fame to put more butts into seats at theaters across the country.

While Comicbook.com confirmed Crews’ involvement in the Untitled Deadpool Sequel, his character or role in the film hasn’t been revealed.

Early speculation for Crews’ character includes members of Cable’s Six Pack team from the comics. The best guesses at this point are G.W. Bridge or Hammer. 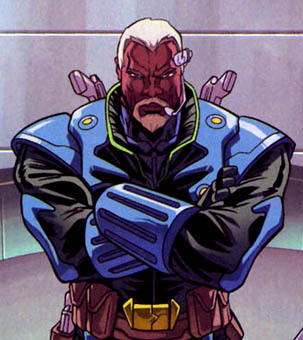 G.W. Bridge first enlisted in the US military during the Vietnam War when he was 17. He would go on to join Cable’s Wild Pack which was forced to change its name to Six Pack because Silver Sable’s team was already called Wild Pack. The character first appeared in X-Force #1 and was created by Rob Liefeld and Fabian Nicieza. 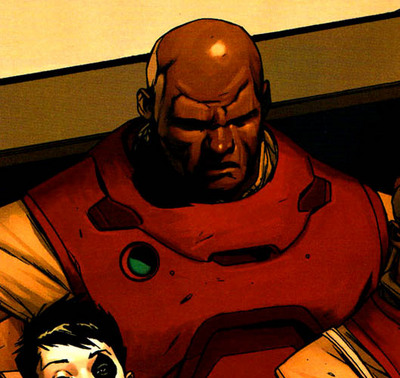 Hammer or Eisenhower Hammer was also a military man who became an instructor for the US Army Corps of Engineers. He would later join Cable’s Six Pack and fight alongside Cable, G.W. Bridge, Domino, Grizzly, and Garrison Kane. He first appeared in X-Force #8 and was created by Rob Liefeld and Fabian Nicieza.

The reactions from fans has been extremely positive. Check out some tweets below:

Terry Crews is in Deadpool 2. As if I needed more reasons to go see it

Sooooooo @terrycrews in Deadpool 2 is a pleasant surprise

I just saw a tweet saying “TERRY CREWS IS IN DEADPOOL 2” and my first thought was ‘Well, Cat has peaked in life today.’

This is BIG!!! Terry Crews will play what may be a crucial role in Deadpool 2. There's already an awesome cast, adding Terry to the mix is like putting the cherry on the cake. #Deadpool2 #DeadpoolTheSecondComing #TerryCrews pic.twitter.com/KsFWUZc75Y

I have to agree with @phil00911. The addition of Crews in the film has only sweetened the pot for me, and might even send the hype train into overdrive.

Was this casting reveal an act of genius? Sound off in the comments below!