Emilia Clarke is making a huge leap from fantasy to…space fantasy. As the star of Game of Thrones, Clarke has already played a major fan-favorite character. Now, she gets a chance to do so on a much bigger stage. Clarke plays the character Qi’ra, in the upcoming film Solo: A Star Wars Story. Clarke joins a star-studded cast alongside Alden Ehrenreich, Donald Glover, and Woody Harrelson. Though there’s been quite a bit of turmoil behind the scenes, many Star Wars fans are still looking forward to seeing their favorite rogue once again.

But there’s been plenty of speculation about just who everyone is playing. Ehrenreich is Han; Glover is Lando. That’s about all that’s been revealed outside of first names. However, the name of Clarke’s character has led to some wild rumors. Her name is Qi’ra. Memorable, odd and short. Just like a Star Wars name. But it’s very similar to the very first name Rey ever had: Kira.

When she was first designed by George Lucas and Michael Arndt, Rey’s name was Kira. Now it’s found itself into another Star Wars story. Could Lucasfilm and Disney be hinting at Rey’s origin, or are they just re-using a good name?

One of the more popular theories is that Qi’ra might just be Rey’s mother. However, having her related to Rey would be far too farfetched. Many have speculated that Han’s affection for Rey could be her resembling someone from his past, but that becomes problematic. It takes away from the respect she earns in The Force Awakens and later in  The Last Jedi. Clarke’s character would also have to wait years and years before having Rey. Not to mention, Rey’s parents were already supposedly revealed.

So it begs the question…

Just who is Qi’ra?

A Reddit user by the name of heatonism put a particularly familiar 2 and 2 together. The most exotic, and militaristic, outfit Qi’ra has on in the trailer bears a striking resemblance to a previously seen costume… 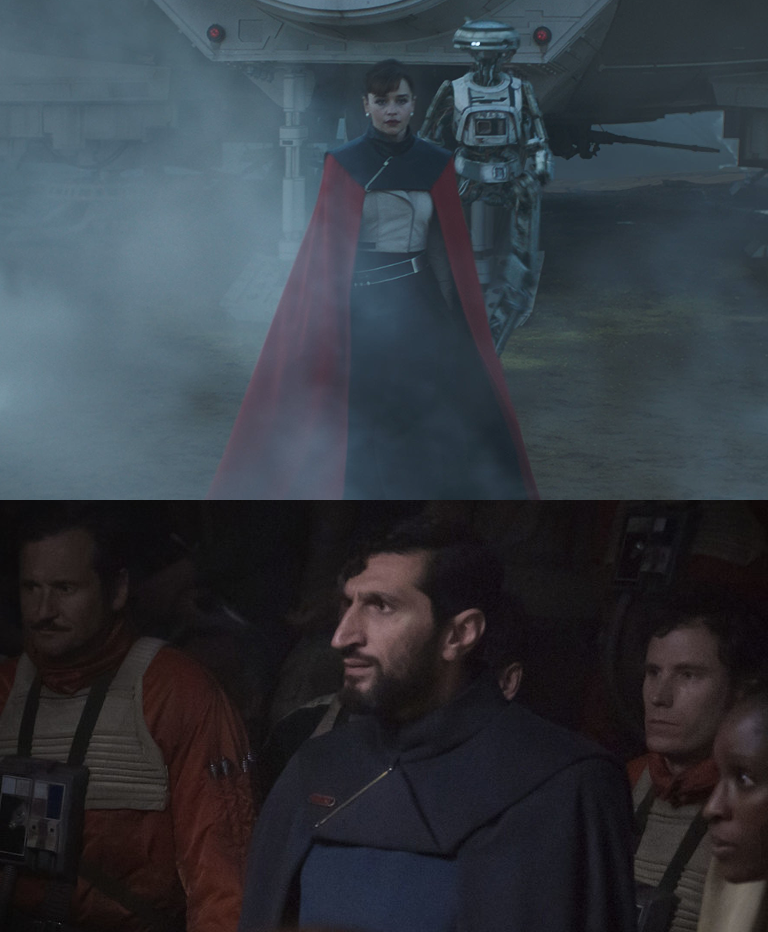 Oftentimes, coincidences occur in this big world of ours. But not in a Star Wars film. Not under the eyes of the almighty Disney. There is no way this is a coincidence. Considering Rogue One takes place directly before Star Wars: A New Hope it’s not a surprise that there would be some connected tissue to be had between Rogue One and Solo.

The man pictured above from Rogue One, is Senator Vasp Vaspar. He’s a male politician who represents the Taldot sector in the Imperial Senate. He would join the Alliance to Restore the Republic and become the Minister of Industry in the Alliance Cabinet, which is part of the Alliance Civil Government. Interestingly enough his red lining on his outfit denoted the Battle of Balamark which took place sometime before the Battle of Scarif.

As you can see Qi’ra wears a very similar cape to Vasp Vaspar’s. It could mean she belongs to some sort of military or royal family, or even a titan of industry. Sounds like Star Wars. And if she’s a titan of industry, she might even be a mark for the wily Han Solo.

Some of the shots from the recent Solo Trailer could shed some more light on who Qi’ra is. 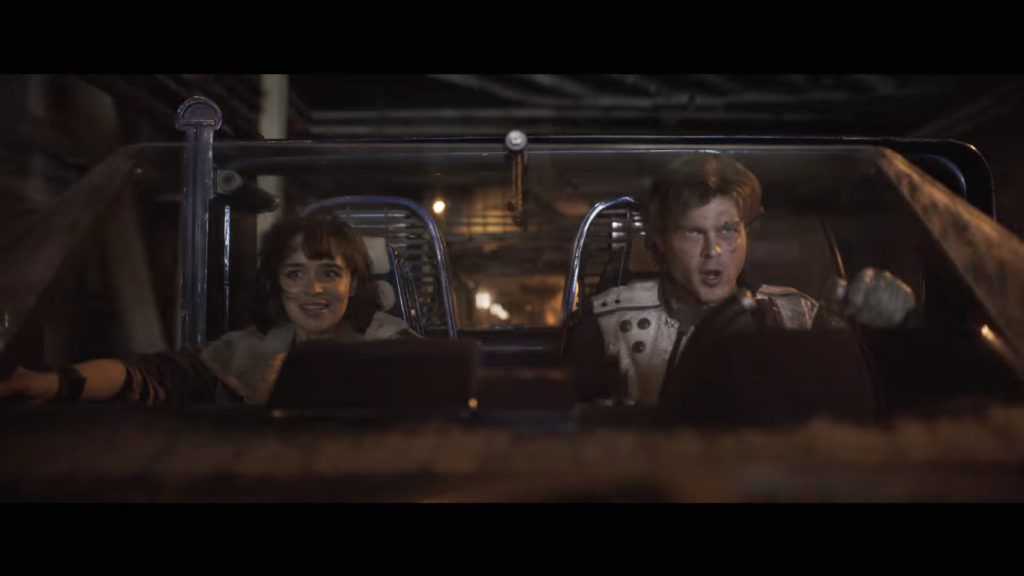 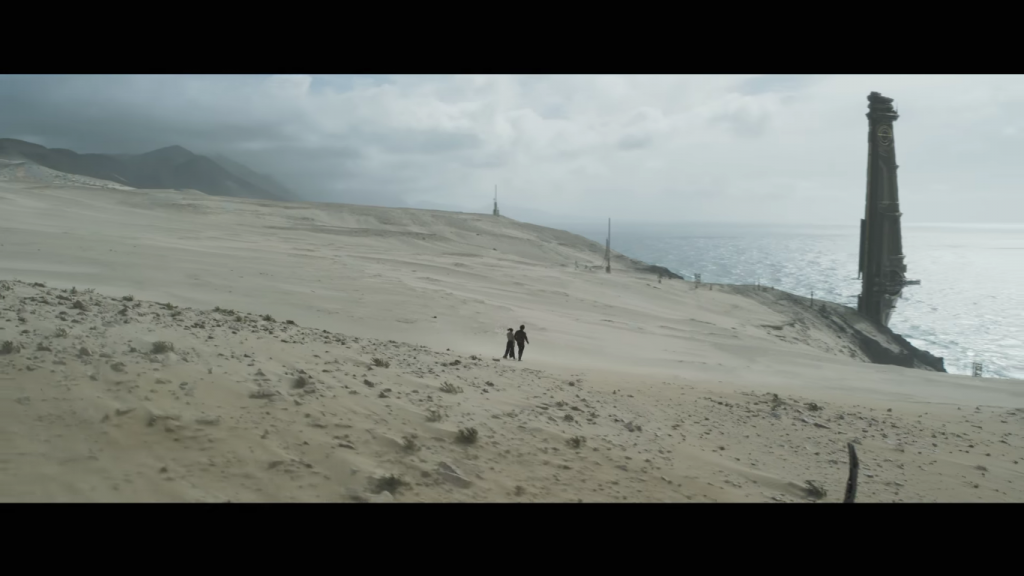 She can also be seen here looking particularly regal. 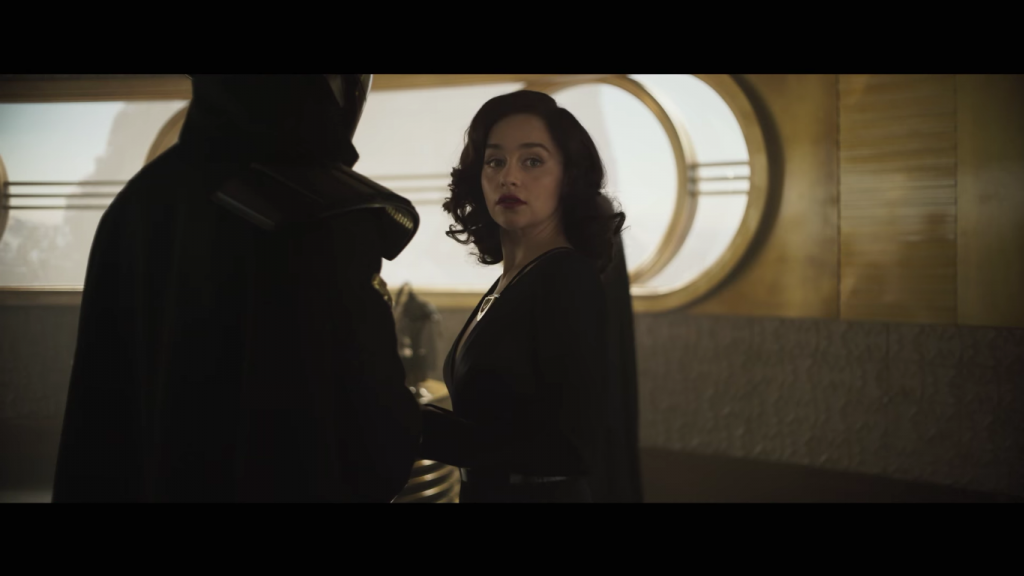 Already, the trailer seems to give away too much of the plot of the film. Han and Qi’ra were scoundrels together. Wreaking havoc on their homeworld. Han later spends his life trying to find her, trying to save her. Only to find she’s royalty. They have fun but her status is too much to risk for the sake of a rogue.

Turned down by the love of his life because she became a.. Queen maybe? Maybe.

Emilia Clarke is clearly going to be a major part of the film and the Star Wars story. How that pans out remains to be seen until May 25th.

As for Han, he might get turned down by a Queen but he finds himself a Princess.