But before they chose a new leader, they had Superman put their main leader on a hiatus. After a talk that takes place off panel, Batman tells the team, “Fine. I’ll take a few weeks. Then we’ll talk.” 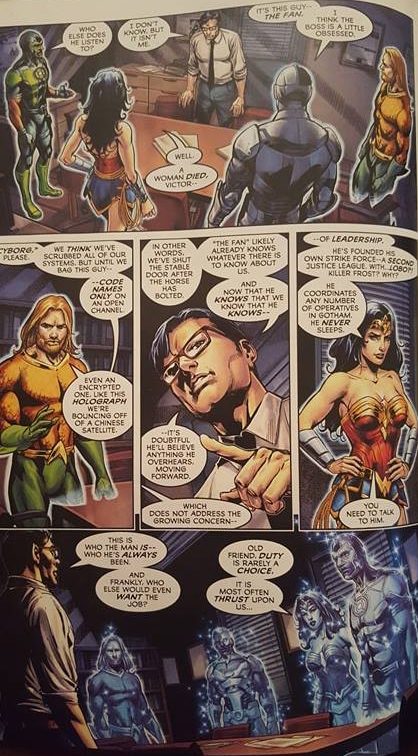 And they are right about Batman becoming obsessed with The Fan. Batman explains to Green Lantern Jessica Cruz that his hiatus from the Justice League will be “long enough to solve [his] problem.” That problem being the Fan or as Batman describes him, “the lunatic.” 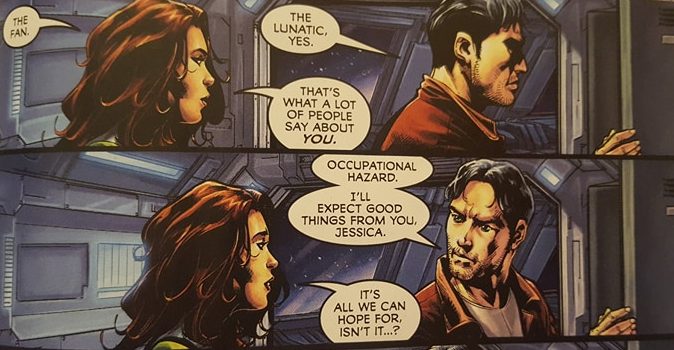 He chooses Victor Stone aka Cyborg. 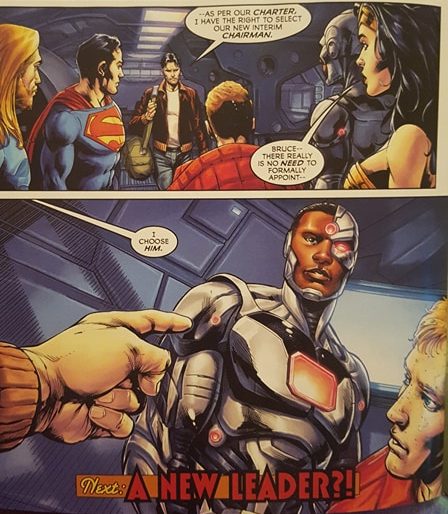 However, as you can see in the end credits, it’s not fully confirmed that Victor Stone will become the new leader of the Justice League. It’s possible another candidate might take on the role. But as of Justice League #38, Cyborg is the new shot-caller for the Justice League. The defense of Earth is now in his hands.

Do you like Batman’s choice for the new leader of the Justice League? Or would you have preferred one of the other members?