Marvel revealed the wielder of the Soul Stone in Infinity Countdown: Adam Warlock #1 by Gerry Duggan and artist Michael Allred.

Kang the Conqueror has brought back Adam Warlock because the Power Infinite has been assembled and threatens even Kang who rules in his citadel at the end of time.

Once Adam Warlock arrives in the past, he encounters Am Rama Tut, the man who will become Kang. Am Rama Tut explains what Adam Warlock must do in order to prevent the Power Infinite from falling into the hands of the villain who will bring the Marvel Universe to its knees and erase Kang from the timeline.

He points to a single planet that revolves around a star and instructs Adam Warlock, “You must stop the heavens from cracking at this point, or all life will be snuffed out.” Warlock questions Am Rama Tut, “And who awaits me?” That’s when Am Rama Tut reveals who wields the Soul Stone, “Your Dark Reflection will be armed with the Soul Stone. He will imperil the entire galaxy.”

If you don’t know how Adam Warlock’s Dark Reflection is he quickly informs you, “Magus! my doppelganger must have returned with me. I will destroy him.” 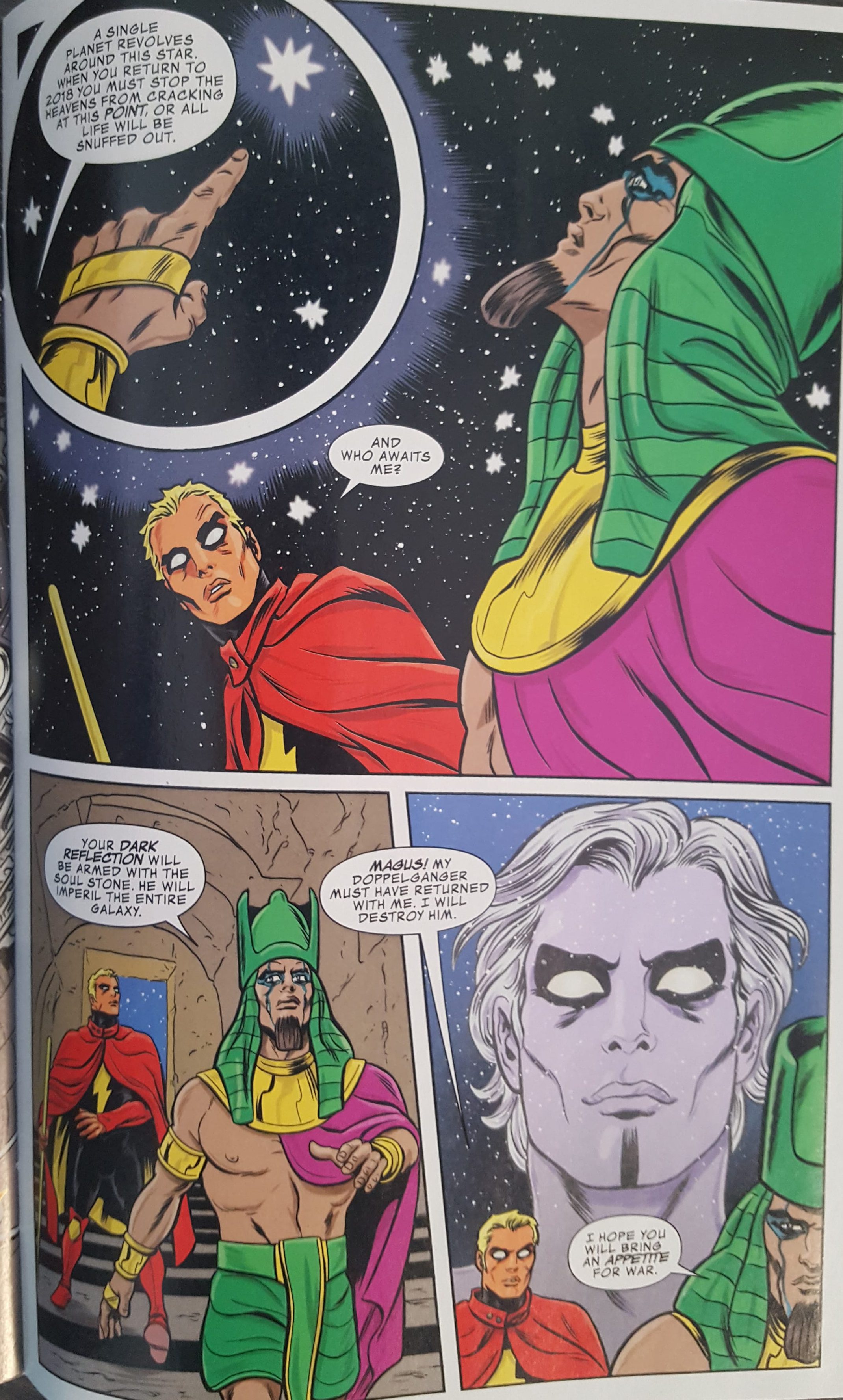 And there you have it. Magus wields the Soul Stone as revealed in Infinity Countdown: Adam Warlock #1.

Now the question remains on whether Adam Warlock will be able to defeat Magus or will he become the mysterious foe who brings the Marvel Universe to its knees?