An Infinite Number of Galaxies Far, Far Away…

Disney and Lucasfilm recently announced that Game of Thrones showrunners David Benioff and D.B. Weiss will be writing and producing a new series of Star Wars films. This is on top of Rian Johnson’s upcoming trilogy as well as several planned anthology films. Plus the Skywalker sequel trilogy will also be coming to a close. Not to mention they have a number of TV series in development as well.  With so many films and TV shows coming down the pipeline, more than a few questions come to mind. How will these films and shows differ? Will they star familiar settings and characters? Will it still be Star Wars?

That last question is harder to answer. Because Star Wars means so much to so many different people. But right now, what matters most is what it means to Disney. That’s currently dollar bills, despite The Last Jedi‘s not meeting original outlooks. Get ready for many more Star Wars films.

With the announcement that the Game of Thrones guys are dipping their toes into this universe, many have speculated that an R-rated Star Wars film could be in the future.

Why it shouldn’t is another difficult question to answer, but it ties to the other. Star Wars isn’t a genre, it’s a genre-film. One that sparked a million unsuccessful copycats and a few successful ones. But like many films that came before it, it was an amalgam of other parts from other genres and mediums. Many have argued that it’s Science Fiction.  Others call it a Sword and Sorcery fantasy, which is more appropriate.

Regardless, it’s a fairy tale set in space. There’s magic, wizards, evil warlords, and exotic ships and castles. A fantastical story that perfectly utilizes Joseph Campbell’s The Hero With A Thousand Faces.

That’s what most knock-offs replicate. But there’s much, much more…

What IS Star Wars?

Star Wars is a film released in 1977 by George Lucas, a young filmmaker coming off the incredibly successful American Graffiti. Despite having numerous problems on set, a fantastic editor turned the film into a box office and critically lauded giant that lost Best Picture at the Academy Awards to Annie Hall. It went on to become a worldwide hit, sending each of its stars into star-status.

But that’s not just it. It spawned 4 sequels, 5 prequels, hundreds of books, an infinite amount of stories, and countless dreams in the minds of its fans. Who hasn’t lifted their hand towards a cup in the hopes of lifting it? The sequels became about growing up and dealing with loss. They became a story about appreciating your friends, loving life, and never forgetting who you are or what you came from.

Some of the novels delved further into the more extreme parts of the Star Wars Universe. Spice was a drug often explored; slavery is a prominent subject in the films and elsewhere. In the Prequels, George Lucas introduced more political ideals and philosophies. While it felt too mature for what he perceives to be children’s films, it worked because Star Wars is about optimism and the greater good. The new trilogy is picking up exactly where the original left off, almost to a fault even adapting some of Lucas’s ideas.

Fun, excitement, friendship, and adventure. Those qualities are just as prevalent in Star Wars as they are in Game of Thrones. As Sword and Sorcery fantasies, they share even more qualities.

But there are characteristics they don’t share. And what makes Game of Thrones successful won’t necessarily make Star Wars better.

Instead, let’s keep Star Wars for everyone.

What about a Star Wars film where an upstart from a gang gets mystical powers all of a sudden? His powers get too extreme, leading to him ripping whole people in half. A government organization then goes after him as he gets more powerful. All while his gang “brother” watches in horror. With so much power, the boy transcends his world and joins the stars. Sounds good, right? That’s because it’s a 1988 animated classic entitled Akira.

Star Wars doesn’t own the patent for powers on film. There are plenty of franchises that have created their own version of the force, and have done awful, awful things with it. Star Wars won’t get better if Sith Lords can create more gore with the Force; it won’t get better if Pilots can be seen exploding into piles of mush. Star Wars has shown us the horrible depths of humanity with just an ignited lightsaber and a room full of younglings.

How about a galactic adventure set on a desert planet, with giant monstrous creatures? A familiar drug, spice, somehow imbues certain people with extreme abilities. Altering this current world, seeing the world to come, and being able to speak and communicate with aspects of life in insane ways. All while wielding a sword against the madness of the Universe. That sounds good, right? It should, because that’s Dune. 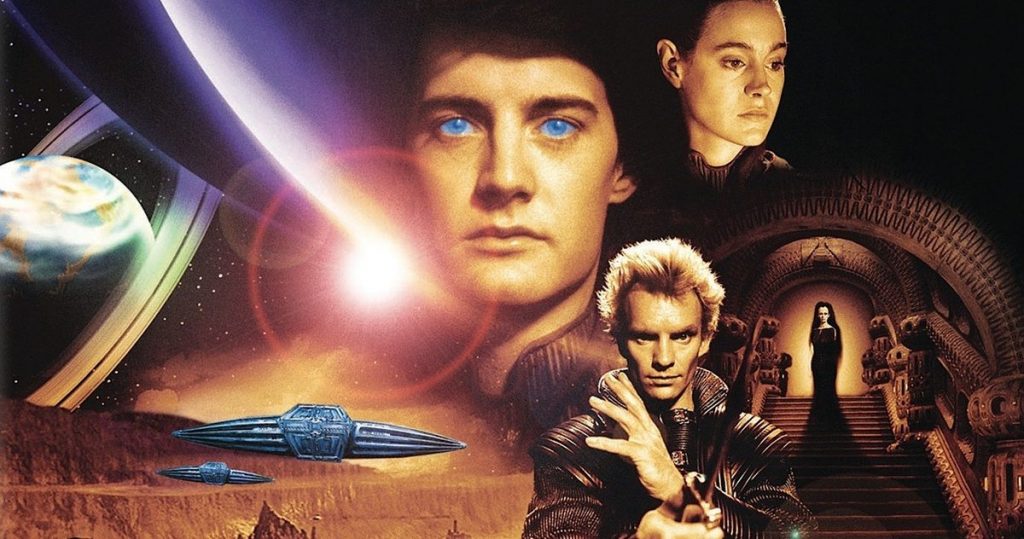 Fantasy in space is not something Star Wars created, just something it perfected on film. But Dune is a fantastical story that could be even more exciting than Star Wars. Luckily, director Denis Villenueve has been tasked with creating a new Dune for the modern day.

And how did Villenueve refer to his new Dune? “Star Wars for adults.”

The settings cannot be the only unique thing about the Star Wars world, because they aren’t. Fans seem to be fine getting Star Wars films without Jedi and without powers. But Rogue One had passion, friendship, adventure, and rebellion. It was still Star Wars.

Solo: A Star Wars Story is most likely not going to include any mention or use of the Force. It does take place after Revenge of the Sith, after all. But it already looks like it’s going to have plenty of adventure and excitement.

What it doesn’t need is characters visiting a brothel, or going through some sort of “sexual awakening.” It doesn’t need to have lowlifes addicted to drugs OD-ing on screen or to have Han Solo start eviscerating enemies with an “exploding” blaster. Making the content extreme isn’t going to ensure Star Wars separates itself from the competition it helped create. If anything, it will just water down the brand and make Star Wars just like any old Fantasy or Sci-Fi movie-0f-the-week.

Star Wars needs to stand proudly and remain a friendly world for everyone. The argument could be made that Star Wars is about life, and should include all aspects of it. That’s true. Life is about growing up, learning about death and facing it, finding first loves, finding best friends, doing whatever can be done to help them and using all of that to become who you were meant to be. Star Wars has been doing that for years, and for everyone.

Gore, drug-use, or sexual content won’t make Star Wars better. They would only change it.