It takes a lot of skill to bring about a wonderful performance. Luckily, DC Films have supposedly cast Joaquin Phoenix as their next Joker. A fantastic actor who is more than capable of giving audiences a dastardly villain. It isn’t a sure thing, but Warner Bros. and DC Films seem to be investing in a “multiverse” idea. First by giving audiences multiple Jokers in multiple films. Does this mean Jared Leto is out of current continuity? Probably not. Instead it’s just a new opportunity for another artist to tell a story starring a phenomenal character and actor.

So, it makes sense that other artists would want to take a stab at creating their own Joker. There are numerous graphic artists who create potential superhero costumes and images based on casting rumors. Luckily, those same artists set their sights on Joaquin Phoenix’s Joker.

Boss Logic is one of the most famous graphic artists in the world. First, he gives a bare bones interpretation of the character. More realistic and down-to-earth.

The next is a little more stylized, with a small touch of…Michael Phelps?

But he’s isn’t the only one getting in on the fun. Reddit user UberBarrett altered the colors on a pre-existing photo of Phoenix to awesome effect. 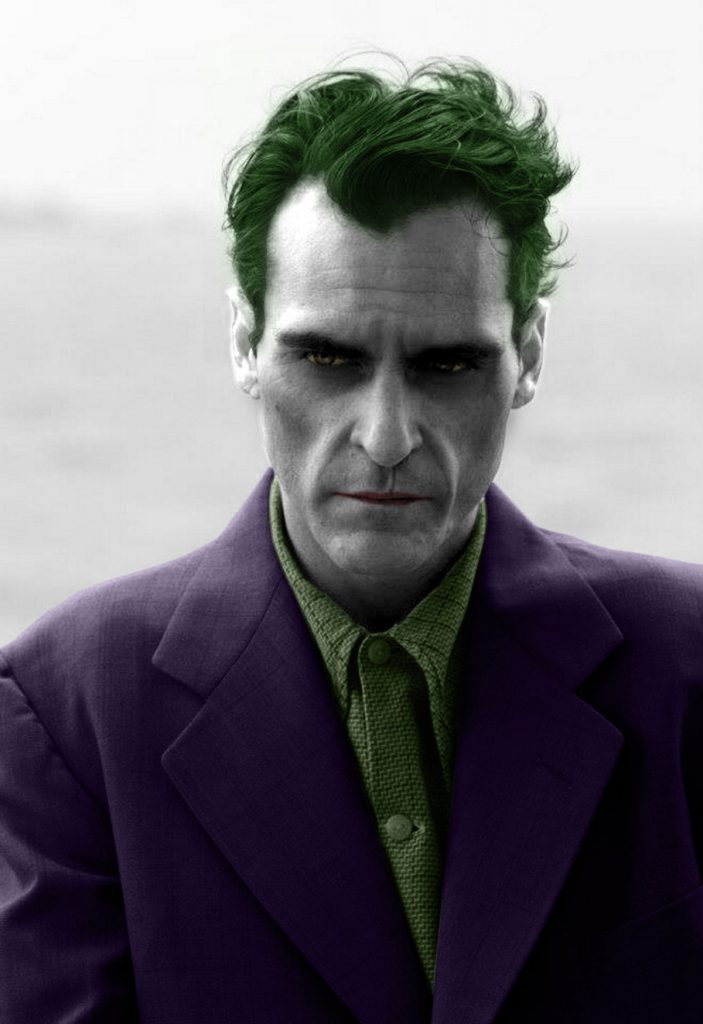 This isn’t the first time Joaquin Phoenix has been attached to a supervillain. But the Joker feels right.

He could bring a kind of vicious hilarity to the role that could put a smile on your face.