During the Super Bowl, Marvel threw in a bit of a teaser for 2018’s most anticipated superhero film, Avengers: Infinity War. The trailer does nothing to spoil the movie other than give us a few extra seconds of clips we’ve already seen from the first trailer. However, the last shot of Thanos has the internet lit up with discussion. It appears to show a distinctive scar from everyone’s favorite mutant, Wolverine.

This isn’t the first time, rumors of the X-Men and the Marvel Cinematic Universe surfaced. In fact, we had our own theory which saw the X-Men joining the Marvel Cinematic Universe by way of the upcoming Captain Marvel movie. Marvel confirmed Captain Marvel would see the Skrulls be the  primary antagonist in the film. However, recent rumors also indicated Jessica Chastain’s mysterious villain in X-Men: Dark Phoenix was also a Skrull.

In the comics, the Skrulls are an alien race of shapeshifters who are antagonists throughout the Marvel Universe. The timing of the reveals for the Skrulls of the MCU and the Skrulls appearing in X-Men: Dark Phoenix was suspicious. Now we’ve seen characters being shared before like Quicksilver and Scarlet Witch, but the MCU took the focus on Wanda and Fox took the focus on Pietro. Quicksilver’s run-time has become iconic ever since debuting in X-Men: Days of Future Past, just as Wanda has become a staple character for the MCU’s Avengers. However, Wanda in Fox’s X-Men films has been little more than a background character, while Quicksilver in the MCU was quickly dispatched by Ultron in Avengers: Age of Ultron.

This line of reasoning brought us to speculate that Disney (or at least the Marvel arm of Disney) knew this deal was going through. To prepare for that, and to bring more hype to the upcoming Avengers: Infinity War, they have a storage with reels of Wolverine and the X-Men participating in the Infinity War just as they did in the comics.

This takes us to the Super Bowl spot. It shows what looks to be three claw mark scars down the face of Thanos. These scars appear to be rather new as well.

The Wolverine vs Thanos Theory 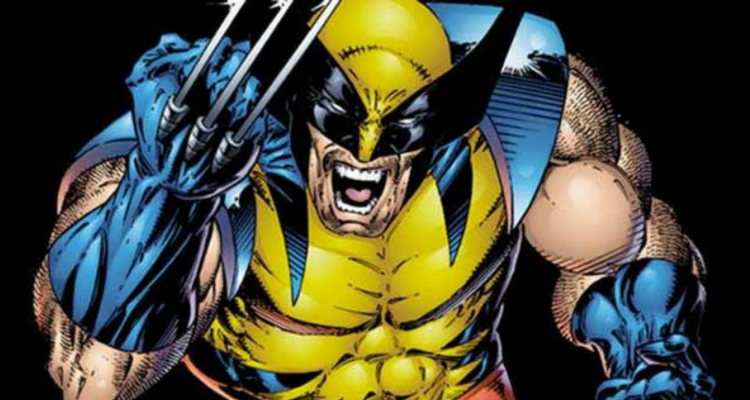 The theory goes that these new marks on Thanos’ face are new and he received them while fighting the X-Men. In fact, Wolverine even got in a good slash attack on the Mad Titan. However, Thanos easily dispatched them and is now moving onto the Avengers his primary foe who have also acquired a number of the Infinity Stones unbeknownst to them.

The theory is bolstered by Sebastian Stan’s recent comments about Hugh Jackman potentially reprising his role as Wolverine with the Marvel/Fox deal going through. Stan plays the Winter Soldier in the Marvel Cinematic Universe.

Why It Isn’t Wolverine

There are problems with this argument. It would mean a lot – and I mean A LOT – of backstory to try and cover that battle. Not to mention trying to explain the X-Men’s presence in the current MCU. “Oh, there were mutants being marginalized this entire time in our world, and we didn’t even bother to mention it in any of our movies, television, or other official franchises?”

Although many believe the inclusion of the SR-71 Blackbird hints the X-Men have been operating within the MCU since Iron Man.

However, I don’t believe this is something the MCU would want to just throw into their movies without some significant amount of story to support it. They teased Mjolnir at the end of Iron Man 2 and gave Thor his own movie to give us backstory. They even teased the Avengers at the end of Iron Man and we didn’t get The Avengers movie until they debuted The Incredible Hulk, Iron Man II, Thor, and Captain America: The First Avenger.

But there’s other evidence which doesn’t bode well for the X-Men theory.

Just take a look at Thanos’ face from the previous trailer and from previous films. 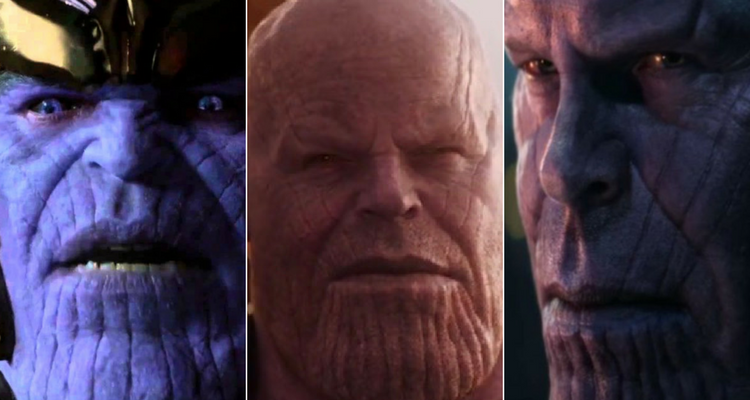 As you can tell Thanos has always had these marks on his skin. Sure, there’s some inconsistency with the design of his face. But the three lines on his face are part of his design. This close-up allows us to see the definition.

Also, logistically it wouldn’t make sense. The Fox and Disney deal still has at least 18 months of red tape to get through before it is officially approved. It is a nightmare to think about all those properties being under one roof. It’s probably a bigger nightmare trying to sort out all the money involved with the deal. I don’t believe Disney would haphazardly throw the X-Men into Avengers: Infinity War before the deal was completed.

What Is vs. What Will Be

As an X-Men fan, I would love to have Wolverine and the rest of the team show up. Perhaps as an end-credit scene of Avengers: Infinity War to solidify the deal that Disney has made with Fox. Positing that the lines of his face are actually from a previous battle with the X-Men is a stretch. We’ll probably see some iteration of Wolverine in future films of the MCU. But what we have now is a waiting game. And Marvel is good at playing a long game.

Avengers: Infinity War comes out in theaters on May 4th.