**Warning Spoilers for The Flash #40 Below**

Writer Joshua Williamson and artist Carmine Di Giandomenico and colorist Ivan Plascencia are at it again. They’ve crafted one of the best comic books on the shelves this week.

Gorilla Grodd is dying and he’s teamed up with Black Hole and the Lord of Lightning in order acquire the Speed Force. He believes this is the only way he can prevent himself from dying.

Grodd explains the cause of his declining state of health, “The jungles outside of Gorilla City have been contaminated with a mysterious, rare degenerative disease.” 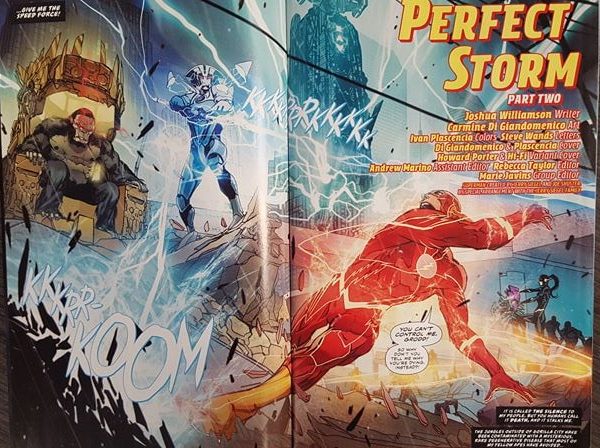 He then launches a furious psychic assault against Barry Allen. He delves into the hidden recesses of Allen’s brain to uncover his darkest secret.

Upon revealing Barry Allen’s darkest secret, the Flash is completely immobilized and crumples up in a ball at Grodd’s feet. That’s when Grodd orders the Negative Flash, Barry’s former lover, to prepare him for the transfer of the Speed Force. Meena aims to drain Barry’s Speed Force and grant it to Grodd. In an almost reversal of how Barry receives the Speed Force it is snatched from.

Once the process is finished, Barry Allen lays on his hands and knees in defeat. 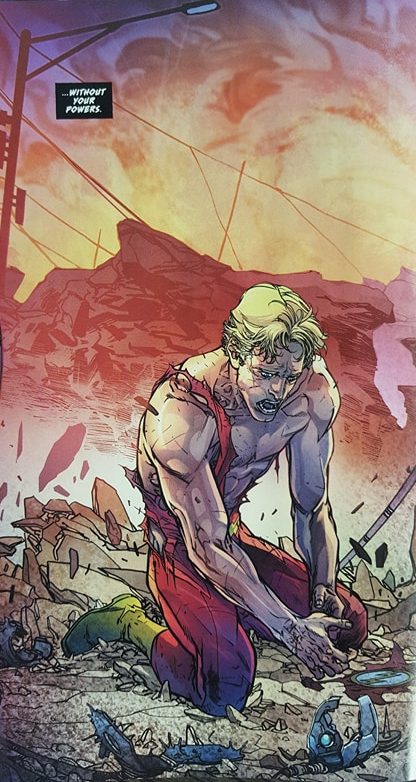 But, Grodd is not done humiliating Barry Allen. He shows him the full magnitude of his defeat. He takes him high above Central City and tells Barry, “You city and your Speed Force belong to ME, Barry Allen. But I must admit…I was wrong. You are not nothing. You are less than nothing.”

Grodd then drops Barry Allen and lets him plummet to the ground to his inevitable death. 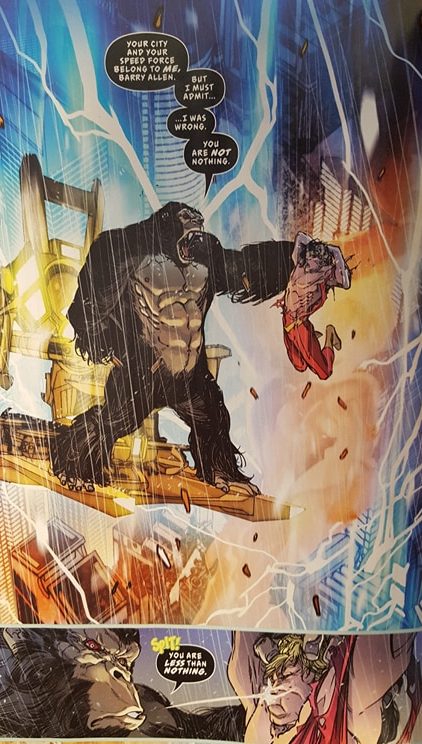 But does Barry Allen die? You will have to find out in The Flash #40 by Joshua Williamson and Carmine Di Giandomenico. It’s on sale today! You won’t regret picking this one up!