Beware of spoilers to Black Panther, ye who enter here

Black Panther roared into theaters this weekend. It’s filled with a wonderful cast of character who will brighten the Marvel Cinematic Universe (MCU) for years to come. There’s also a handful of great villains to be found too. One such villain is Andy Serkis’ Ulysses Klaue. The character was first seen in Avengers: Age of Ultron facing off against Wanda and Pietro Maximoff. Unfortunately, while he was a fun addition to Age of Ultron he didn’t get a ton of screentime.

Luckily, Ulysses Klaue found his way into Black Panther, and had plenty of fun.

Klaue is working with Erik Killmonger, exiled son of Wakanda. Together the two are after a bit of Vibranium. The material is one of the most valuable materials in the Marvel world. It’s what Cap’s Shield is made of, after all! And so this is how Ulysses Klaue factors into Black Panther. The best arms dealer in the Marvel Cinematic Universe is after a bit of vibranium; Erik Killmonger knows just where it is. As Klaue is already a wanted fugitive in Wakanda, Black Panther and his friend W’Kabi want Klaue badly. This leads to a solid chase scene with Black Panther and Ulysses Klaue, featured prominently in the first trailer.

Black Panther eventually captures Ulysses Klaue, but is forced to let the CIA bring in him in order to keep Wakanda’s technological advances a secret. While being interrogated he tells Ross just how little Ross knows about Wakanda.

Then, as seen in the trailer, Klaue is freed from his capture by none other than Erik Killmonger. It would seem the two have a significant partnership or agreement of some sort. That’s actually not the case. Instead Erik Killmonger has ulterior motives for keeping Klaue. He’s his ticket back into Wakanda. 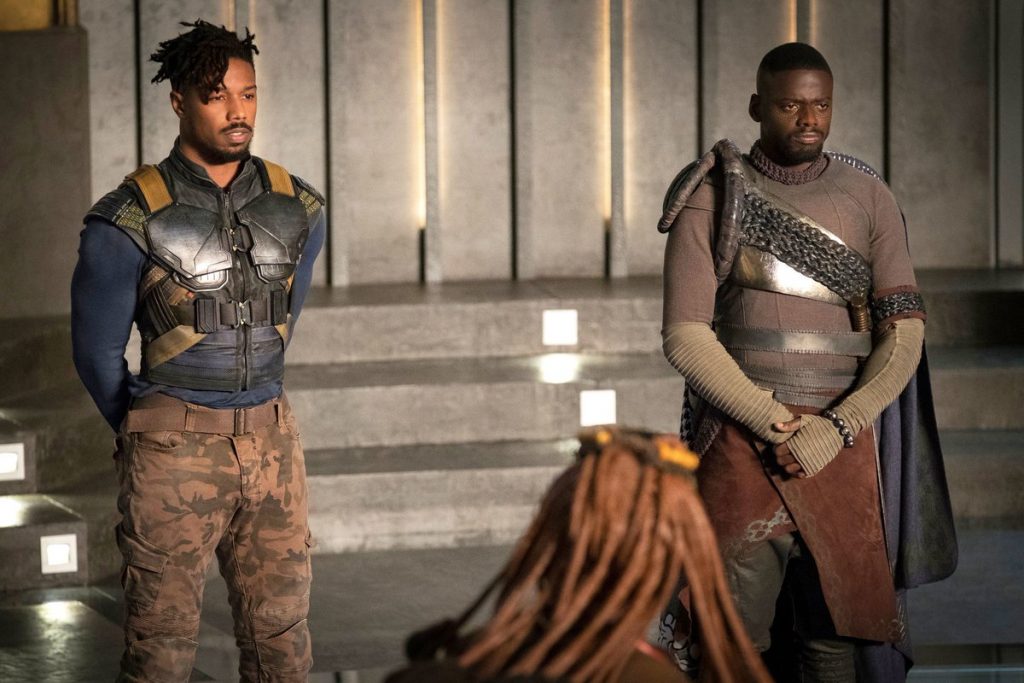 Erik Killmonger needs a way into Wakanda. Oh, and an army wouldn’t hurt either. Early on in the film it’s revealed that W’Kabi is driven by vengeance. Both of his parents were killed by Ulysses Klaue years ago. A crime the arms dealer is still wanted for in Wakanda. When T’Challa returns from attempting to capture Klaue, he reveals to W’Kabi Klaue has eluded capture, W’Kabi is understandably upset.

But while T’Challa fails to deliver on his promise to either kill Klaue or bring him back to stand trial in Wakanda, Erik Killmonger delivers on that promise. He double crosses Ulysses Klaue and kills him in a firefight after rescuing him from Ross’ interrogation.

Killmonger delivers Klaue’s dead body to W’Kabi and the two become fast friends as they share a vision for the future of Wakanda and the world. Unfortunately, just how quickly W’Kabi abandons his friends and countrymen is one of the only major problems of the film. It feels as if there’s more than a few scenes missing that explain the quick changing of allegiances.

W’Kabi and Killmonger are allies until the end of the film, all over the arms dealer Ulysses Klaue. He is integral to the story because of just how much support delivering Klaue gets Killmonger. An entire nation changes because one Wakandan was able to deliver on the promises of another. Because unlike King T’Challa, Erik Killmonger delivered vengeance for the death of W’Kabi’s parents.

While Ulysses Klaue wasn’t really  important in his first appearance in Age of Ultron, he more than made up for it here. He wasn’t the normal brooding, menacing villain with sinister powers of sorcery. He was a fun-loving South African weirdo with a ray-gun for an arm!

The Marvel Cinematic Universe has always had a villain problem. Ulysses Klaue wouldn’t have solved it, but he would have helped.