Marvel Comics is promising a fresh start to their entire brand beginning in May 2018.

“I can say walking through these halls, I’ve never seen more enthusiasm and more excitement for where Marvel Comics is going this year.” Cebulski explains how radical this change will be, “Not since Marvel Now have we had such an overarching linewide change of talent on the Marvel Comics line.” It looks like a ton of their old creative talent will be parting ways with Marvel as they bring on a number of new creatives.

Along with C.B. Cebulski, Marvel’s Chief Creative Officer Joe Quesada explains the new line, “New fresh ideas, new fresh creators really are taking that perspective which is if you haven’t read a comic before and you are an old laps fan and you want to comeback. It’s the perfect opportunity to do it. Because these stories, as I say, they start and start and they are great jumping off points.”

It definitely looks like Marvel will be giving Spider-Man a huge focus in this upcoming linewide shift as he stands front and center in their new promo art. Odinson will also return as Thor along with Iron Man and the Incredible Hulk. There also looks to be a focus on Old Man Logan and the Thing,as well as Ant-Man and the Wasp. Other character he look to get in on the act are Venom, Daredevil, Deadpool, Gambit, Wolverine, She-Hulk, Ms. Marvel, Captain Marvel, Punisher, Jessica Jones, Jean Grey, Ghost Rider, Miles Morales, and Doctor Strange.

Take a look at the art by Jim Cheung: 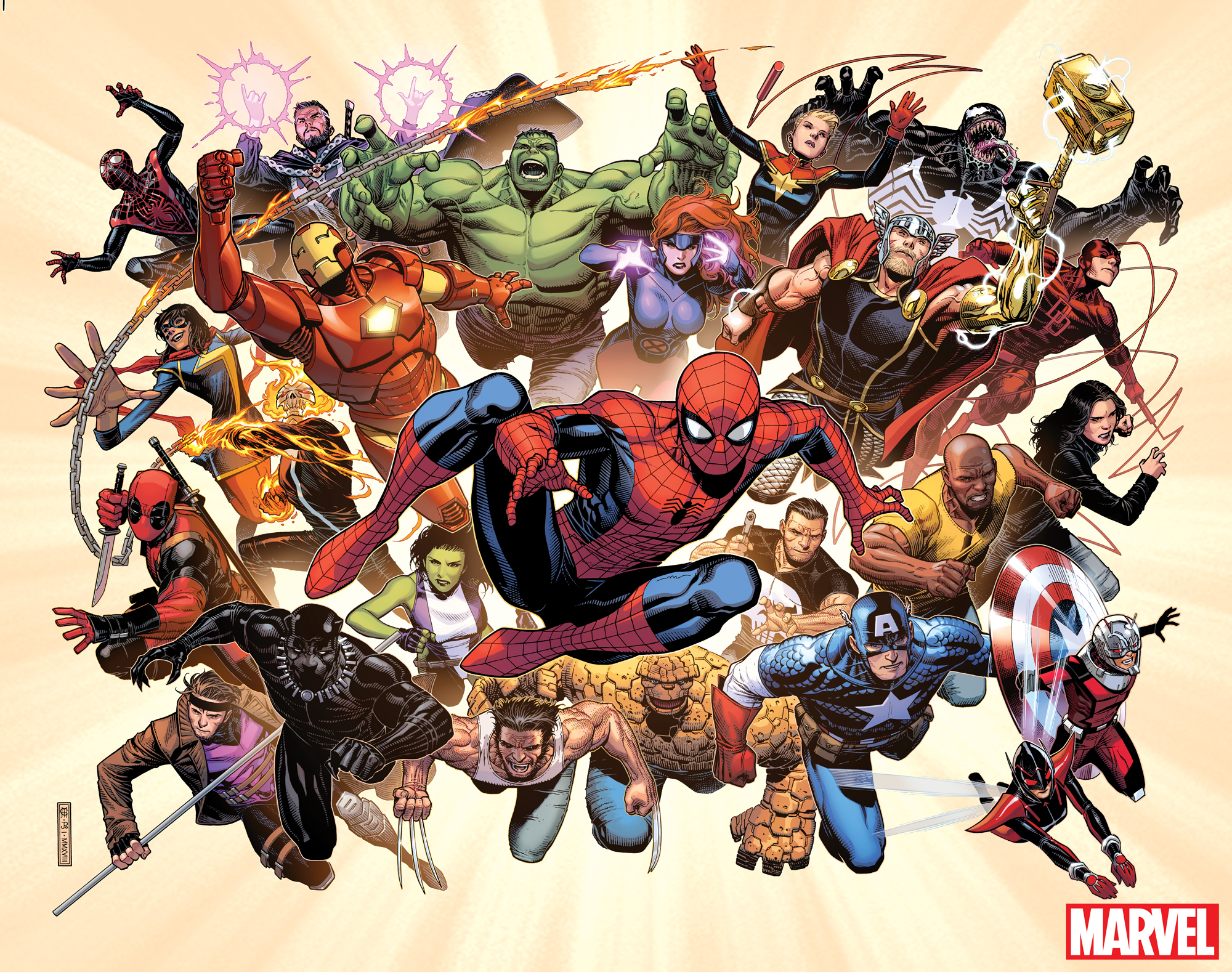 C.B. Cebulski definitely looks like he will be putting his footprint on Marvel as he takes the entire Marvel Comics line in an allegedly new direction.

No details on who these new creators will be or exactly what the new stories will be, but the video is full of hope and promise. Let’s hope they deliver and Marvel Comics can be great again!