“It’s is widely known that if you wish to make the gods laugh…make a plan!”

Liam Sharp draws a wonderful Wonder Woman. The famed artist first got his chance when he joined Greg Rucka for his Wonder Woman: Rebirth run. His work is incredibly detailed, reminiscent of fairy tales and heavy metal album covers. Although his work with Rucka was brief it brought an antiquated feel to the ancient world Diana lives in. Now, Sharp is on both art and writing duties! The talented illustrator imbues the DC Universe with a touch of magic and faerie in a wondrous way in The Brave and the Bold: Batman and Wonder Woman #1! 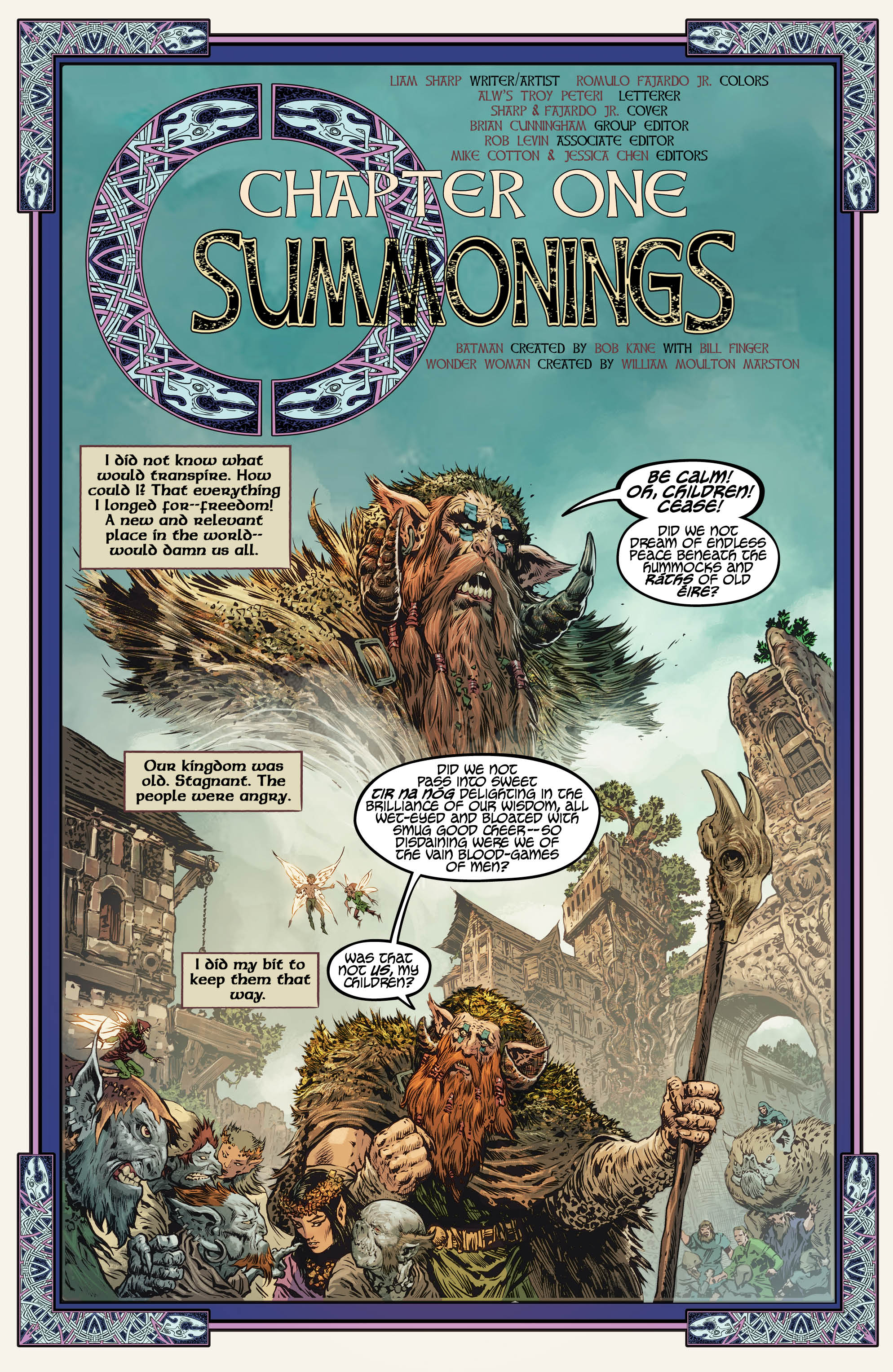 Sharp brings a detailed world of faerie into this brand new story. King Elatha, a Celtic god whose reign holds several realms in place, has been killed. Cernunnos, the horned celtic god of Fertility, seeks Diana’s help in bringing warring peace to the faerie folk. Diana has served as an ambassador before. She will again.

“They look haunted, not terrified.”

To say Liam Sharp is an incredible artist is to do him a disservice. His work is the kind of ornate, detailed masterwork that is saved for the first page of fairy tales. Too elaborate for any artist to do consistently for an entire story, right? Every panel, every figure, every shadow is worthy of praise and attention. Romulo Fajarda Jr. is the only other member of the creative team, and with good reason. He’s an incredible colorist who adds even more complex detail to the already captivating work of Liam Sharp. 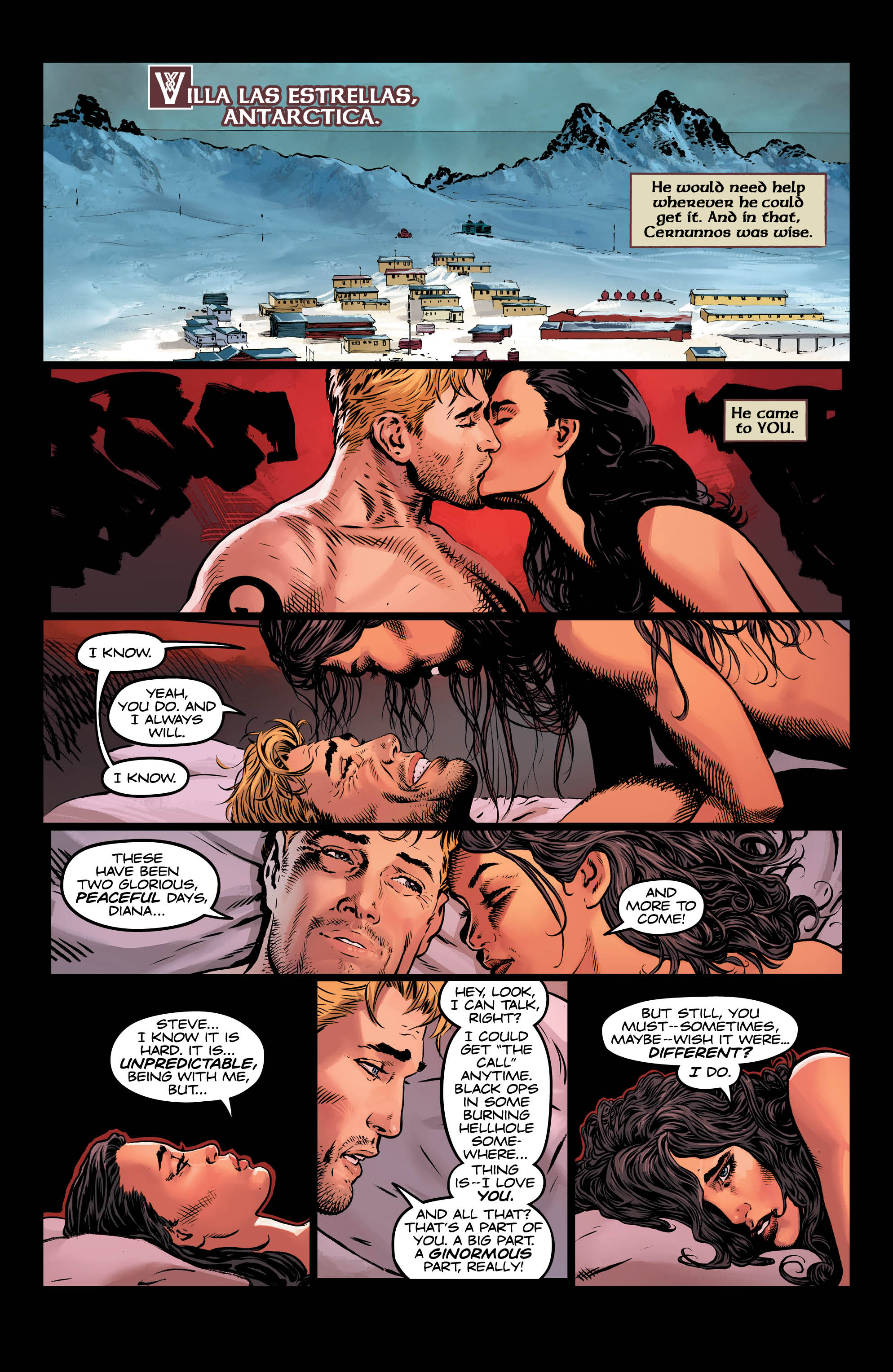 It’s no surprise that Sharp included Wonder Woman in his next story. He draws her with awe-inspiring beauty that will leave readers, and Steve Trevor, with their jaws on the floor. But the same can be said for Bruce Wayne, the Batman. He is equally as muscular as his female, amazonian colleague. The two are some of the greatest fighters on the planet. Even if one has super strength and the other doesn’t. But to throw the dark and gothic Gotham in with the fanciful, whimsical world of the faerie is a remarkable choice. It turns out that Liam Sharp is the perfect artist to bring the words to life.

“I notice your monitors are mostly focused on the Irish quarter.”

Liam Sharp is, like many of your favorite comic book artists and writers, British. But unlike most artists his work is undeniably British. He uses detailed, elaborate pencils that vignette almost every page in gorgeous framing. Once again, this is the kind of work saved for once every thirty or so pages in an expensive edition of a good book. Masterful designs that one imagines on the cover of the most famous novels ever written. Not the kind of talent you always expect to find in the pages of The Brave and the Bold: Batman and Wonder Woman #1. 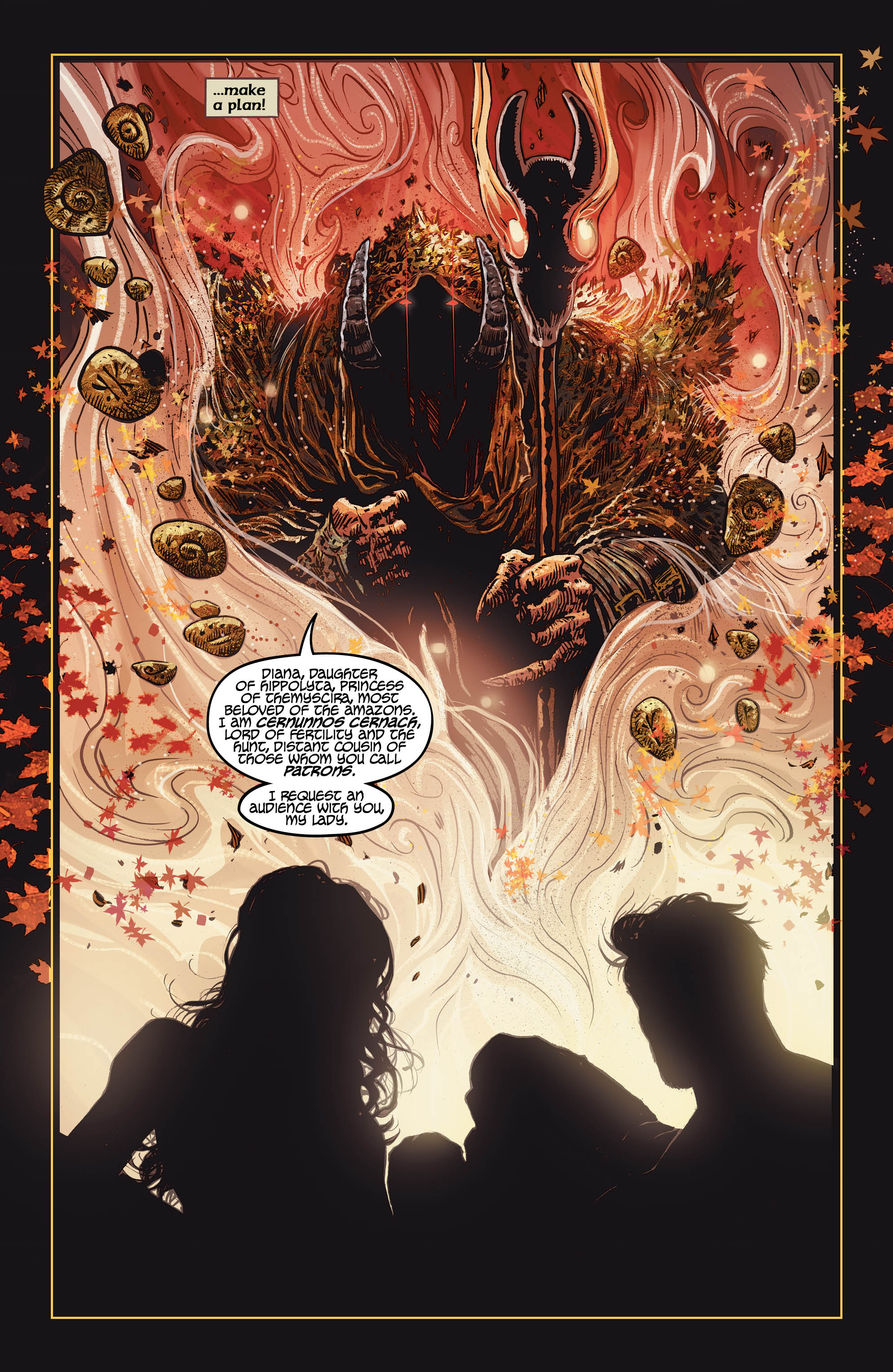 But that’s where DC Comics has been for the last couple of years. Every creative team is worthy of such praise. Though Sharp is just as talented with his narrative as he is with his pencils. The story is already a captivating mix of Fables and Detective Comics. This is the kind of comic fans are looking to read. Wonder Woman dragging Batman into the world of Faerie to solve the murder of a Celtic God? Ridiculously awesome.

Thanks to Liam Sharp, the pages are just as good as the premise.

Legendary stories are born from legendary characters. It doesn’t get more legendary than the lives of Diana Prince and Bruce Wayne. They’re larger than life figures that have become synonymous with pop culture as a whole. The two have also made great partners in the past. While one emphasizes gadgets and intellect as well, these are the two most dutiful fighters in the Universe. They train to ensure that they are the fighters the world needs when the time is right. Sometimes, this leads them into the pages of some peculiar stories. Because the DC Universe is large, and the help of its greatest heroes is needed in many a place.

And so that’s why Cernunnos finds Wonder Woman in the pages of The Brave and the Bold: Batman and Wonder Woman #1. Because though she is spending her night in the arms of Steve Trevor, she spends her days in the companies of gods and men of all kinds. She’s the kind of hero that would try to help any creature, no matter how big or small. The same can be said for Batman. Gotham is one of the many things he protects with his very life. When a mystery needs solving, be it magical or faerie-related, he’s going to be there for his city.

That’s how Liam Sharp depicts his heroes in the first pages of what will be an amazing story. One that will show Batman, Wonder Woman, and many DC fans what kind of magic he can create.