Marvel Comics has unveiled one of their Free Comic Book Day stories, FCBD Avengers #1. The story will be written by Jason Aaron with art by Sarah Pichelli.

Marvel promises this new Free Comic Book Day story will “set the stage for an epic new direction in the Marvel Universe.”

Looking at the cover art below, it definitely appears the story will tie into the newly announced Avengers #1 which will feature a reformed Avengers with Thor Odinson, Captain America, Iron Man, Ghost Rider, Black Panther, Captain Marvel, She-Hulk, and Doctor Strange. 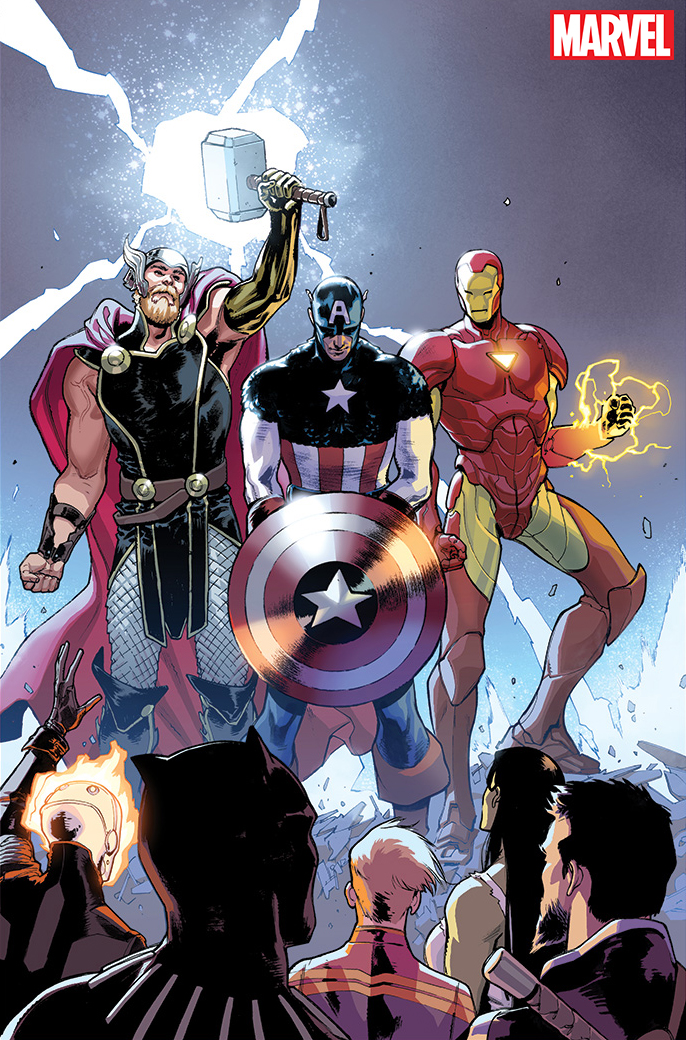 While Marvel didn’t provide any details on what the actual content of the story will involve we can take a few guesses. This book will come out the Saturday after Avengers #1 drops on May 2, 2018. It’s possible Marvel will try and get local comic shops to sell the first of Avengers #1 along with this Free Comic Book Day Avengers issue. I’d expect a flashback scenario where Thor Odinson, Tony Stark, and Captain America come together to form this new Avengers team. They will probably discuss why they need a new Avengers team and why they are choosing these guys to be on the team.

Given this is a Free Comic Book Day issue, I wouldn’t expect every single new Avenger to be recruited in this issue. In fact, writer Jason Aaron hinted the first arc of this new Avengers run will build the team around Thor Odinson, Tony Stark, and Captain America. I would expect them to maybe go out of their way to recruit maybe one or two of the other superheroes and help them defeat an enemy they might not have been able to alone.

It’s possible Odinson, Tony Stark, and Captain America might also might gain more knowledge about the Dark Celestials in this issue and really lay out the major difficulties the Avengers will have to overcome in the upcoming new series.

What do you expect out of this Free Comic Book Day Avengers #1 issue?