News broke yesterday that Joss Whedon decided to part ways with DC Films and exit the planned Batgirl movie. In a statement, Whedon claimed, “I really didn’t have a story.” However, according to a report from Variety, Whedon did have a story and was going to adapt an old school DC Comics story from Detective Comics #359.

Detective Comics #359 was written by Gardner Fox with art by Carmine Infantino. It was the first appearance of Batgirl in the comics with a story titled, “The Million Dollar Debut of Batgirl.”

Barbara Gordon appears to be an ordinary librarian, but she’s created her own Batgirl outfit and is going to attend a policeman’s ball. As she is on her way to the ball, a group of Moth-Men attempt to abduct Bruce Wayne. Fortunately, Batgirl shows up just as they are dragging Bruce out of his car. She then flies into combat showing off her Judo skills. However, Killer Moth shows up and puts her in a pickle. He traps her with his his knitting. Luckily, Batman shows up and frees her. The two then flee the scene together. 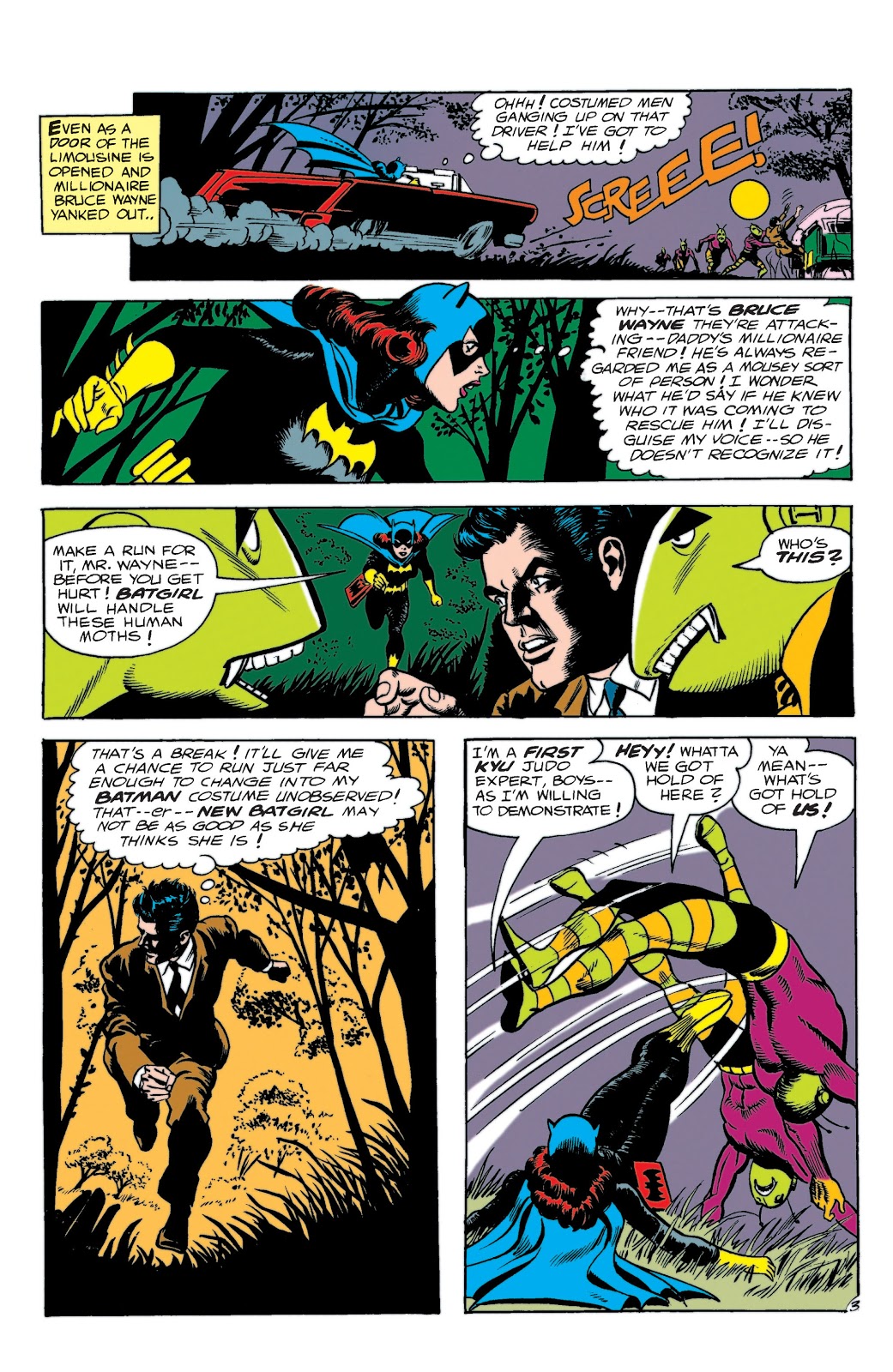 As the story continues, Batman discovers Killer Moth is kidnapping rich Gotham citizens and extorting them for money. His plan is to lure Killer Moth to Wayne Manor as Bruce Wayne will refuse the ransom.

From there we get a look at Barbara Gordon’s training exercise in the basement of the library and what she does during her day job.

The action then kicks into high gear as Barbara Gordon discovers what appears to be the dead body of Bruce Wayne. However, this was all part of Batman’s plan as he and Robin hide in the shadows. But Batgirl is ruining the plan and force Batman and Robin into action. They take out a couple of the Moth-Men and then subdue Barbara Gordon. Batman explains their plan as they are attempting to find Killer Moth’s base and recover the million dollars he has stolen from Gotham City’s citizens. When Batgirl asks to accompany Batman and Robin to Killer Moth’s base he refuses and tells her to stay. 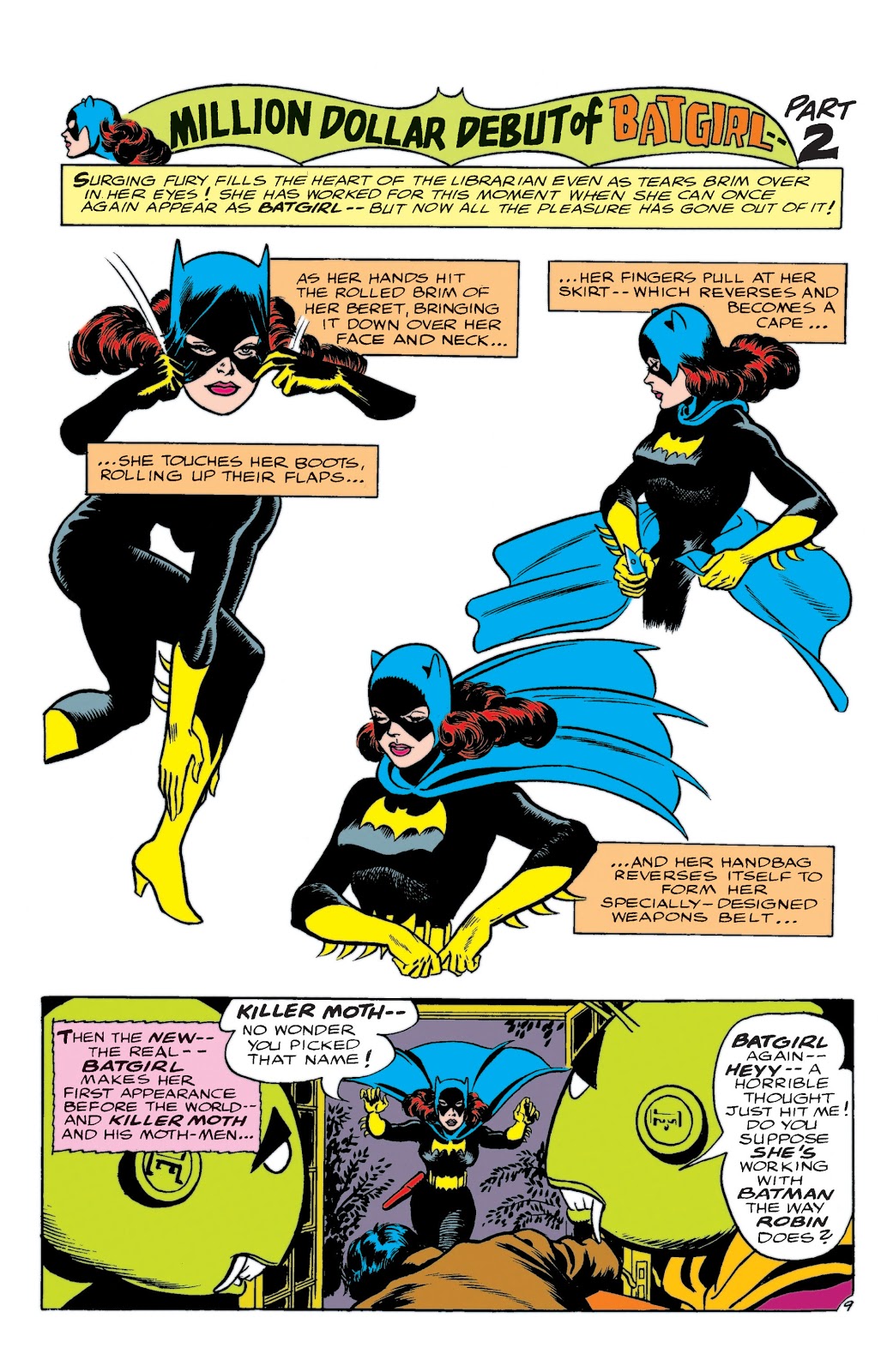 And as you might have guessed, she doesn’t take that advice. She follows Batman on motorcycle to Killer Moth’s base and plays a pivotal role in bringing Killer Moth to justice. She uses her own solid detective skills to locate and then subdue him with the help of Batman and Robin. 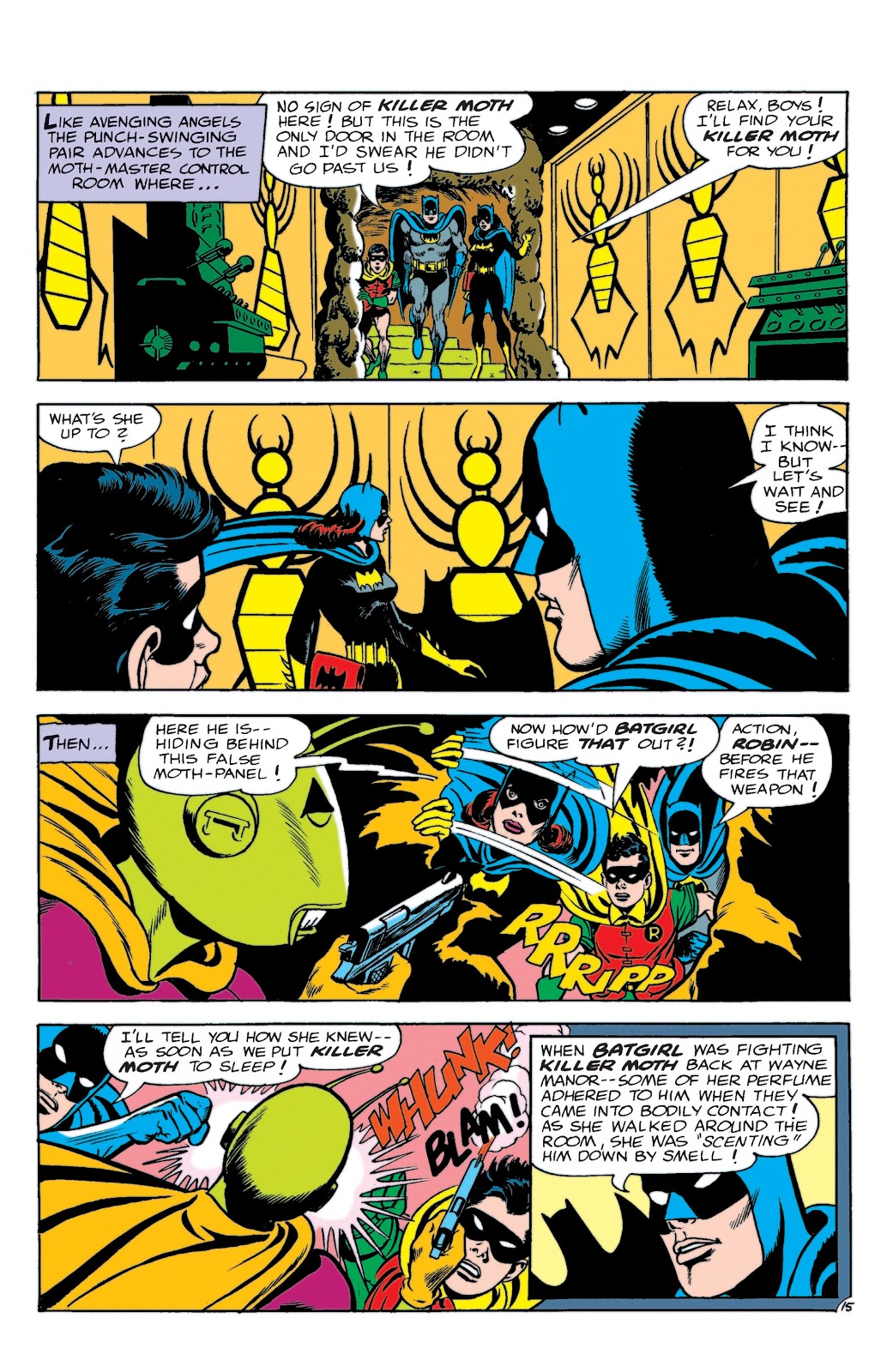 It’s a fun and exciting story that shows Batgirl not only saving Batman, but also helping him in bringing a notorious Gotham City criminal to justice.

And if the report from Variety is true that Whedon planned to adapt the first Batgirl comic book story, it goes against his own statement about not being able to come up with a story. It also leads credence to the idea that Whedon was asked to leave the project in order to allow a female director or writer to come on board and put their stamp on Batgirl.

Regardless, this appears to be just more drama at the DC Films camp as they struggle to get their movie making machine humming smoothly.

Would you have wanted to see the “Million Dollar Debut of Batgirl” adapted to film?