Thanos, the Mad Titan, will make his presence fully known in the upcoming Marvel Studios film, Avengers: Infinity War. It’s more than likely he will kill a number of Avengers as he and his Black Order seek the Infinity Stones to power one of the Marvel Universe’s ultimate weapons in the Infinity Gauntlet.

But before Thanos terrorizes the entire Marvel Cinematic Universe, let’s recount some of his most gruesome kills from the comics. 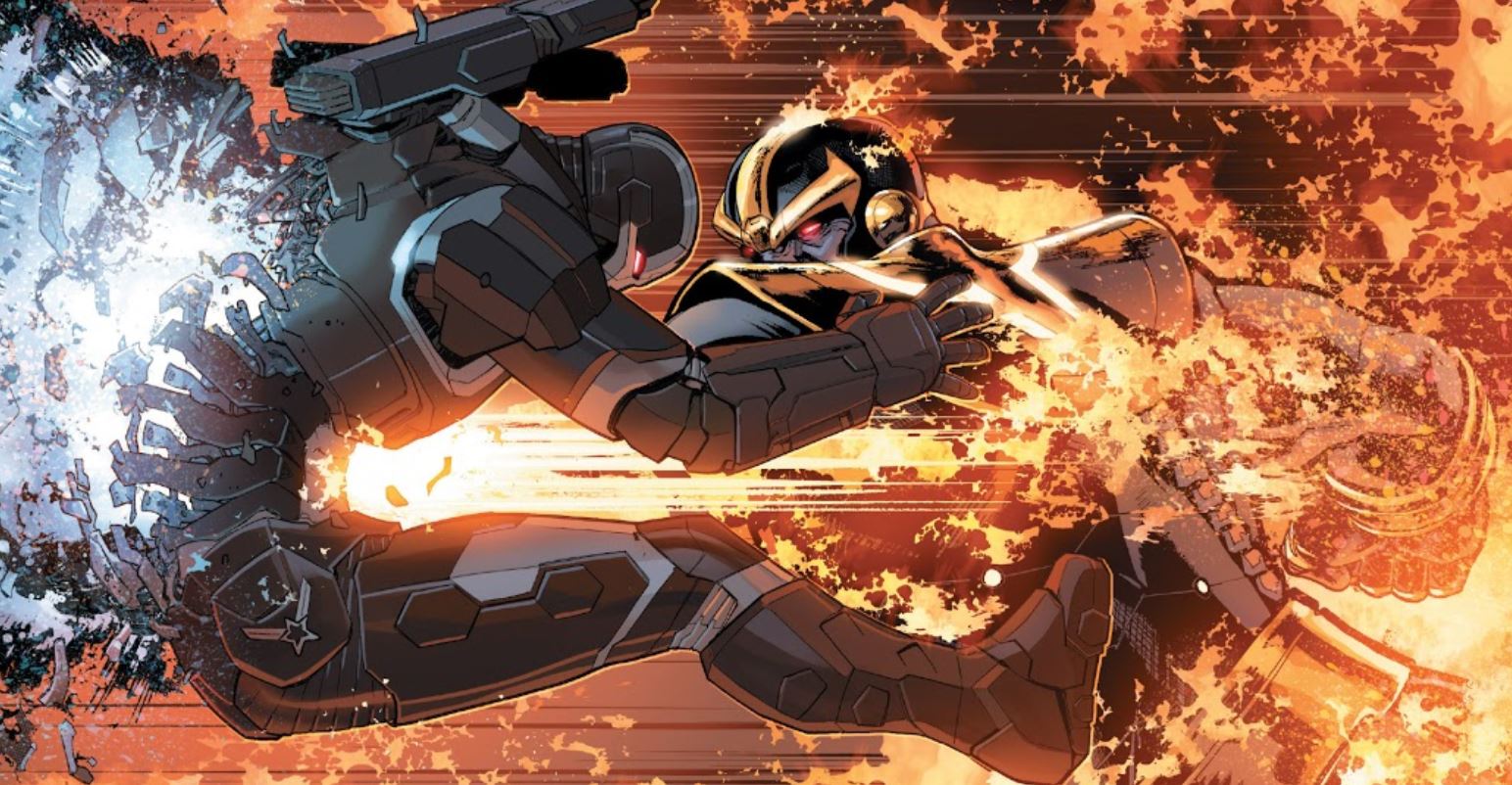 In the Summer of 2016, Marvel launched Civil War II which introduced a brand new Inhuman, Ulysses, who could see and predict the future. In the first issue, Captain Marvel decided to exploit that ability in order to help protect the Earth. However, one of her first decisions had deadly consequences. Ulysses predicted the arrival of Thanos on Earth as he searched for the Cosmic Cube. Captain Marvel decided to recruit a number of Avengers including War Machine to ambush Thanos and send him packing. Unfortunately, the plan didn’t go as well and Thanos ended up putting She-Hulk into a coma and killing War Machine as he shoved his first straight through his armor. 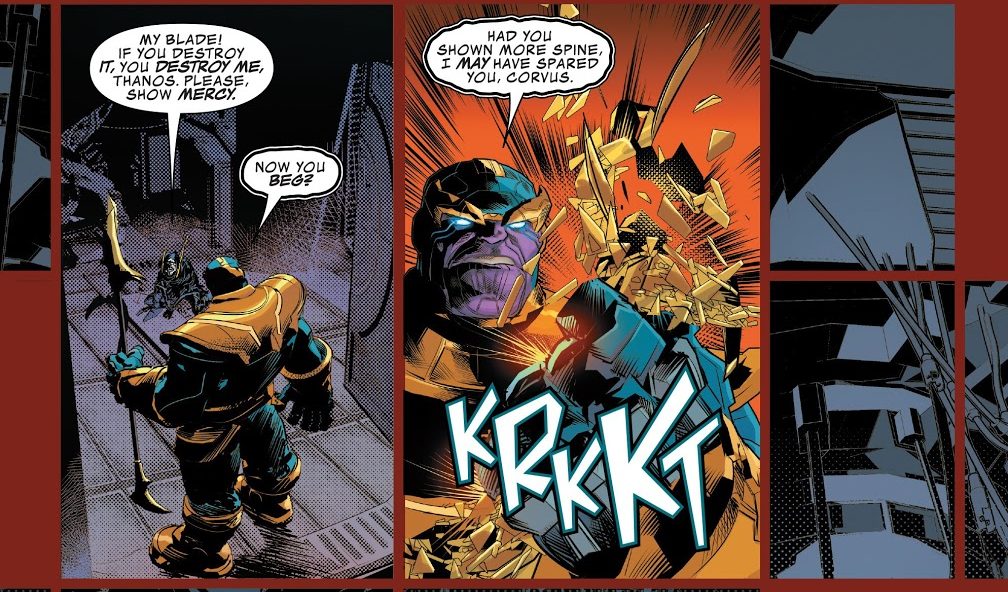 In the first issue of the new Thanos run, Corvus Glaive had taken control of the Black Quadrant and he rules the sector as its king. Unfortunately, Thanos returns. Glaive refuses to give up his seat of power to the Mad Titan and the two engage in deadly combat. Thanos easily defeats his once subordinate and destroys the glaive that grants Corvus Glaive his life. He obliterates the weapon in his hand. He then declares he will show mercy to Corvus Glaive by allowing him to end his own life with a shard of the now shattered glaive. 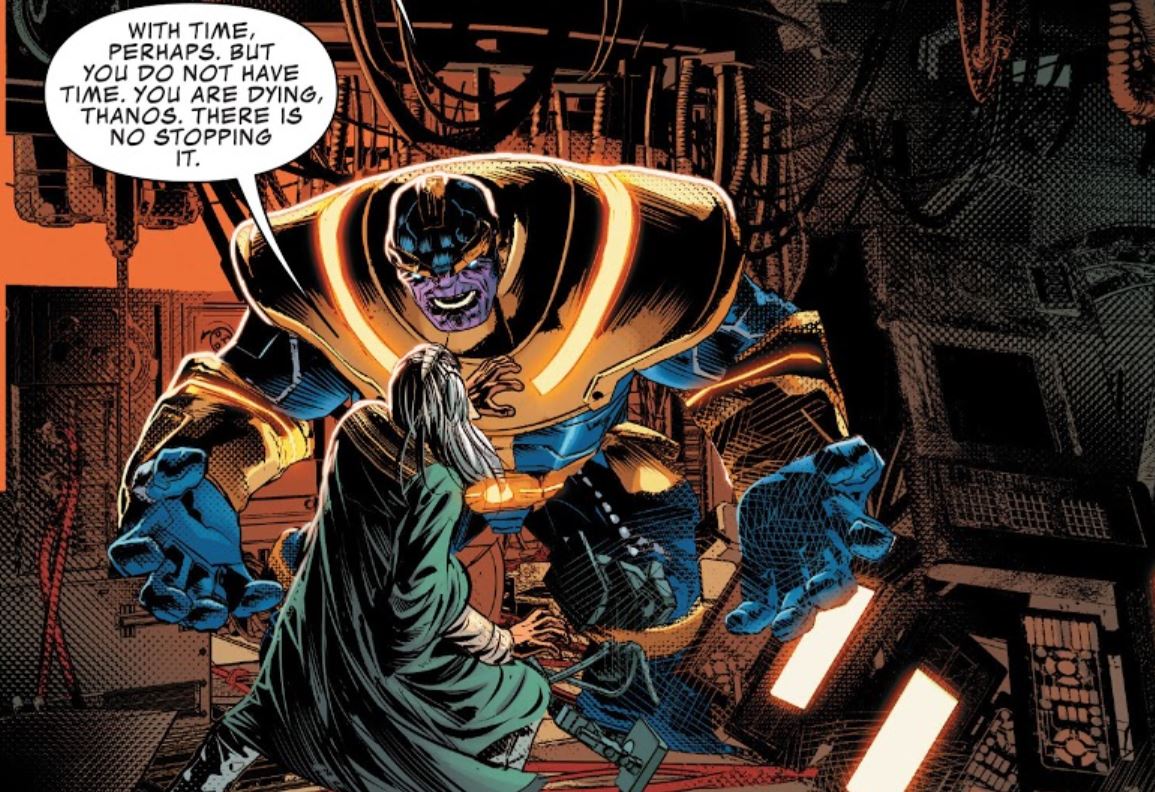 After retaking the Black Quadrant and reasserting his power, Thanos discovers he is sick and dying. In order to find a solution to the problem he seeks out his father, Mentor. While Mentor initially refuses to help his son, Thanos convinces him by threatening to kill every single scientist and their families on the tiny moon of Gilgrath where Mentor now calls home. Unfortunately, Mentor can not help Thanos and informs his son the he only has a couple of weeks to live and it would take years in order to find a cure. Thanos flies into a rage and then ultimately kills Mentor after he tells his son he wished he had smothered him in his crib. 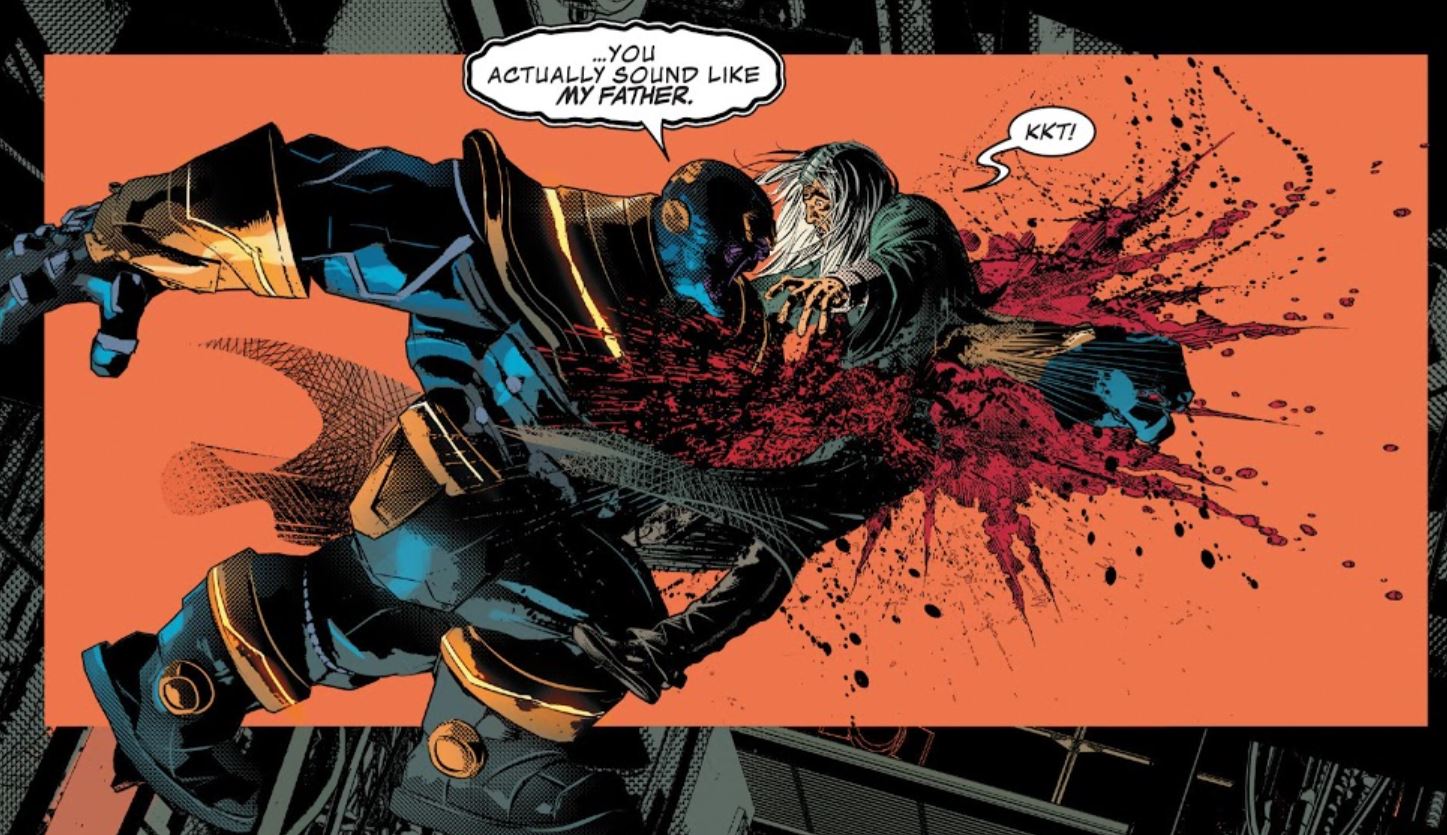 In Thanos Rising #2, Thanos’s origin story would be told. Thanos would capture two of his fellow classmates, tie them down, and brutally dissect them alive. The story reveals the Eternals of Titan did not even know the concept of murder existed. In fact, since the Eternals had arrived on Titan there was not a single recorded instance of murder. However, young Thanos can not find the answers he seeks when he asks, “Who am I and why am I? Why am I different? What is my destiny? Where in creation are the answers hidden?” He is unable to find answers to these questions from his family, school, and even science. In order, to find the answer he kidnaps Sogarth and Loktus, two lovers who were enjoying each other’s company. He then ties them to his dissecting tables and brutally kills them. 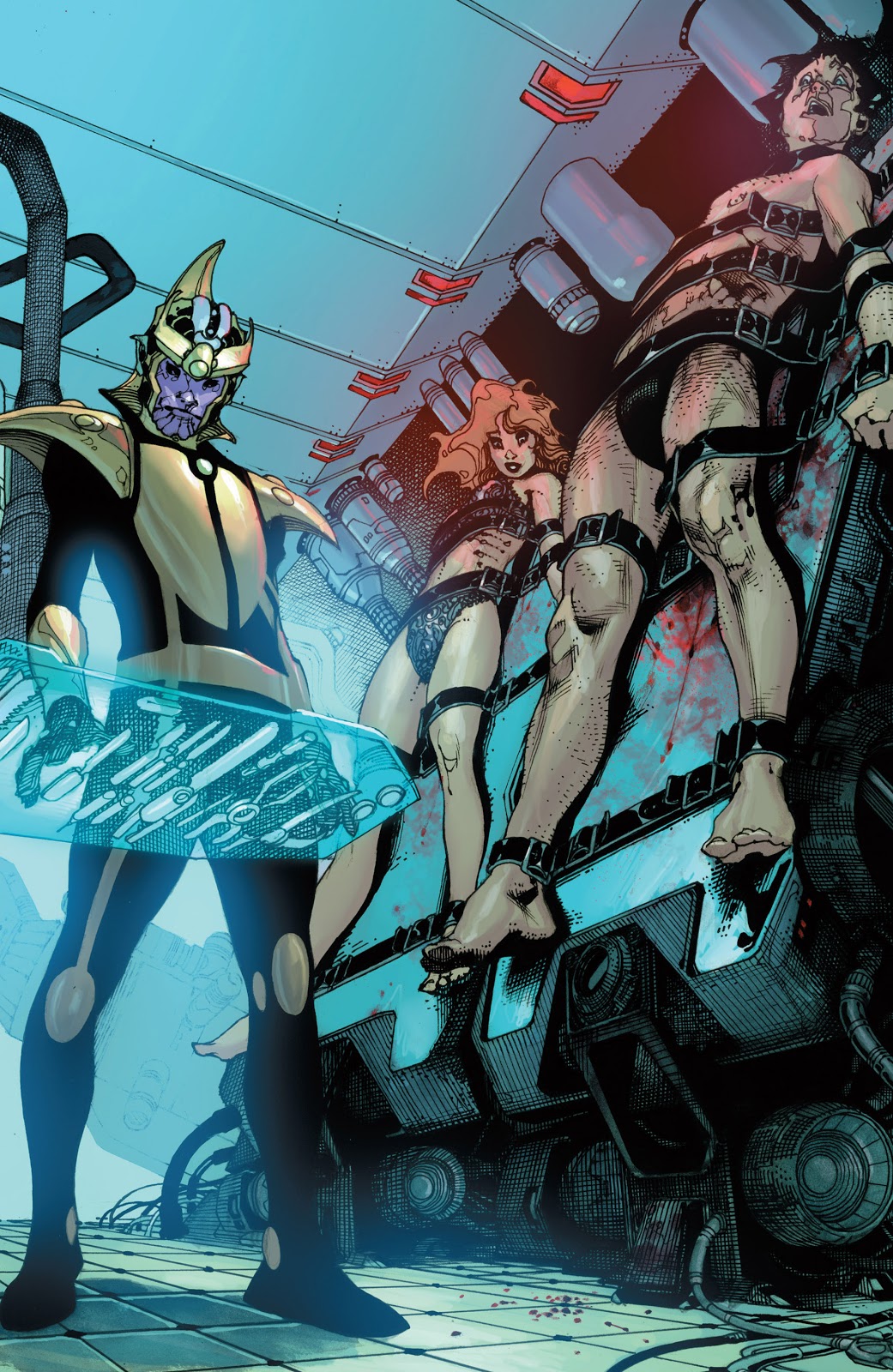 Thanos would not stop his sadistic experiments with Sogarth and Loktus. After murdering the two love birds and dissecting their bodies for answers, he would move on to his mother Sui-San. When Sui-San gave birth to Thanos, she attempted to  murder her son. Thanos surprisingly recalls the look of horror that came over her face as she picked up a scalpel and tried to kill him. That moment continued haunt him as a youth. And in fact, he would turn the tables on Sui-San. He would be the one holding the scalpel as he killed his own mother on the dissecting table. 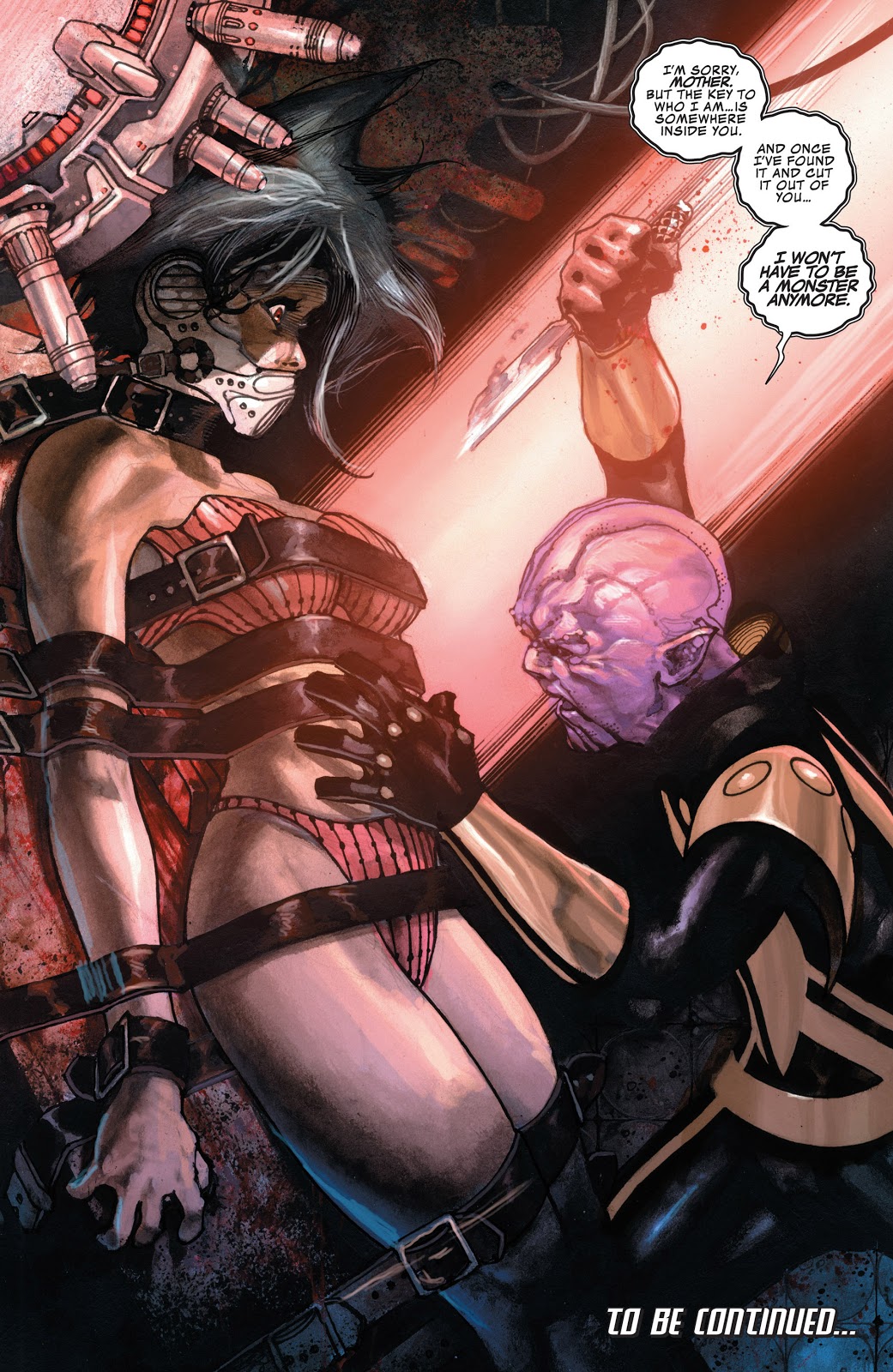 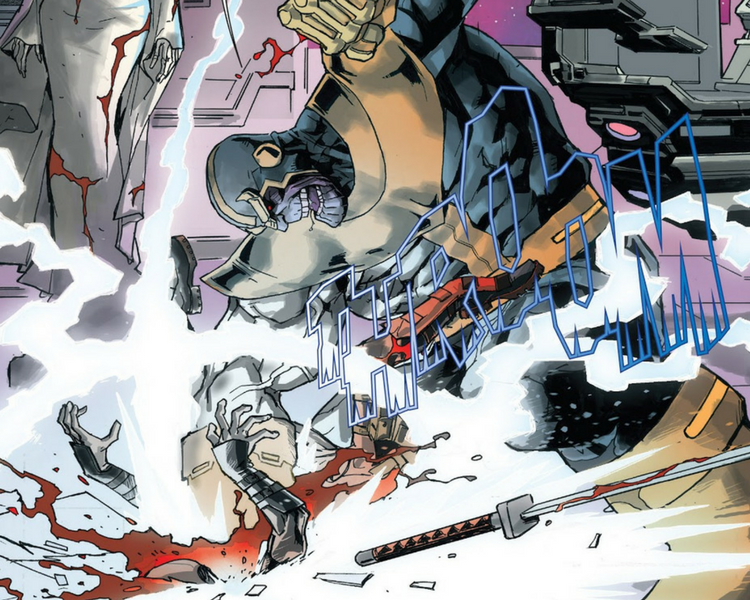 Thanos and Deadpool would cross paths in the miniseries Deadpool vs Thanos. There is something amiss in the Marvel Universe and people have suddenly stopped dying. Deadpool seeks the aid of Black Talon who informs he needs to find Thanos, the one who cursed Deadpool with eternal life. Deadpool believes in order to ensure people continue to die he must kill Thanos. He concocts a far-fetched plan and sets his sights on Thanos. Unfortunately, for Deadpool this is Thanos and the Merc with a Mouth is almost instantly killed. Thanos turns Deadpool into a bloodstain on his ship. 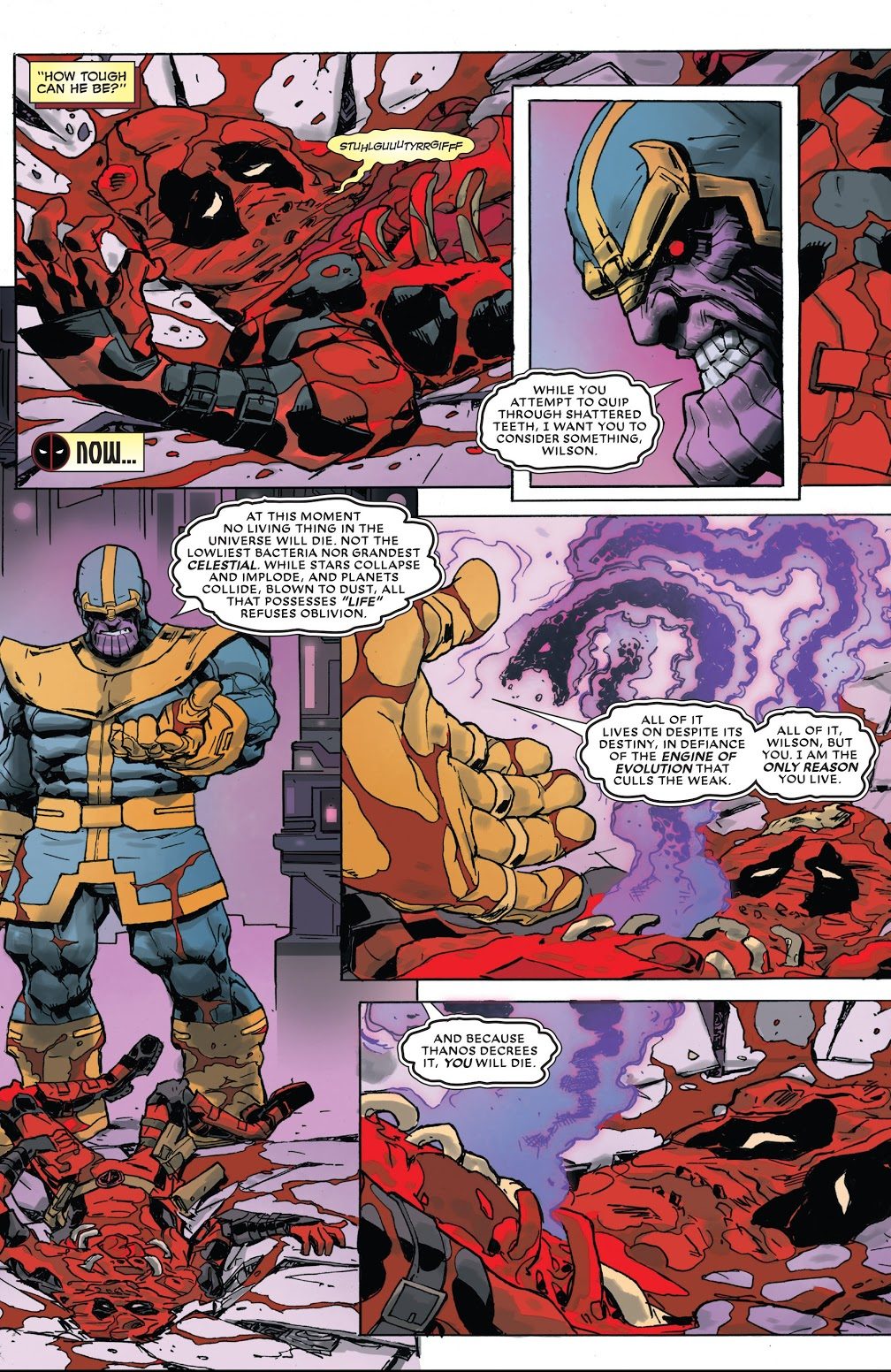 Thanos is no stranger to killing Drax the Destroyer but in The Thanos Imperative the two are actually working on the same side. Lord Mar-Vell controls the Cancerverse a twisted world where Death itself has been exterminated. Mar-Vell plans to invade the Marvel Universe and conquer it for his own ends. This leads the Guardians of the Galaxy to ally themselves with the newly resurrected Thanos. Star-Lord wants to use Thanos to restore death to the Cancerverse. However, the plan is sabotaged when Drax the Destroyer launches a viscous assault against. He actually appears to slay the Mad Titan by vaporizing him with an anti-matter bomb. But Death has rejected Thanos and he returns with a vengeance. Drax attempts to attack Thanos again, but this time he is completely outmatched. Thanos picks him up and blasts him into oblivion. 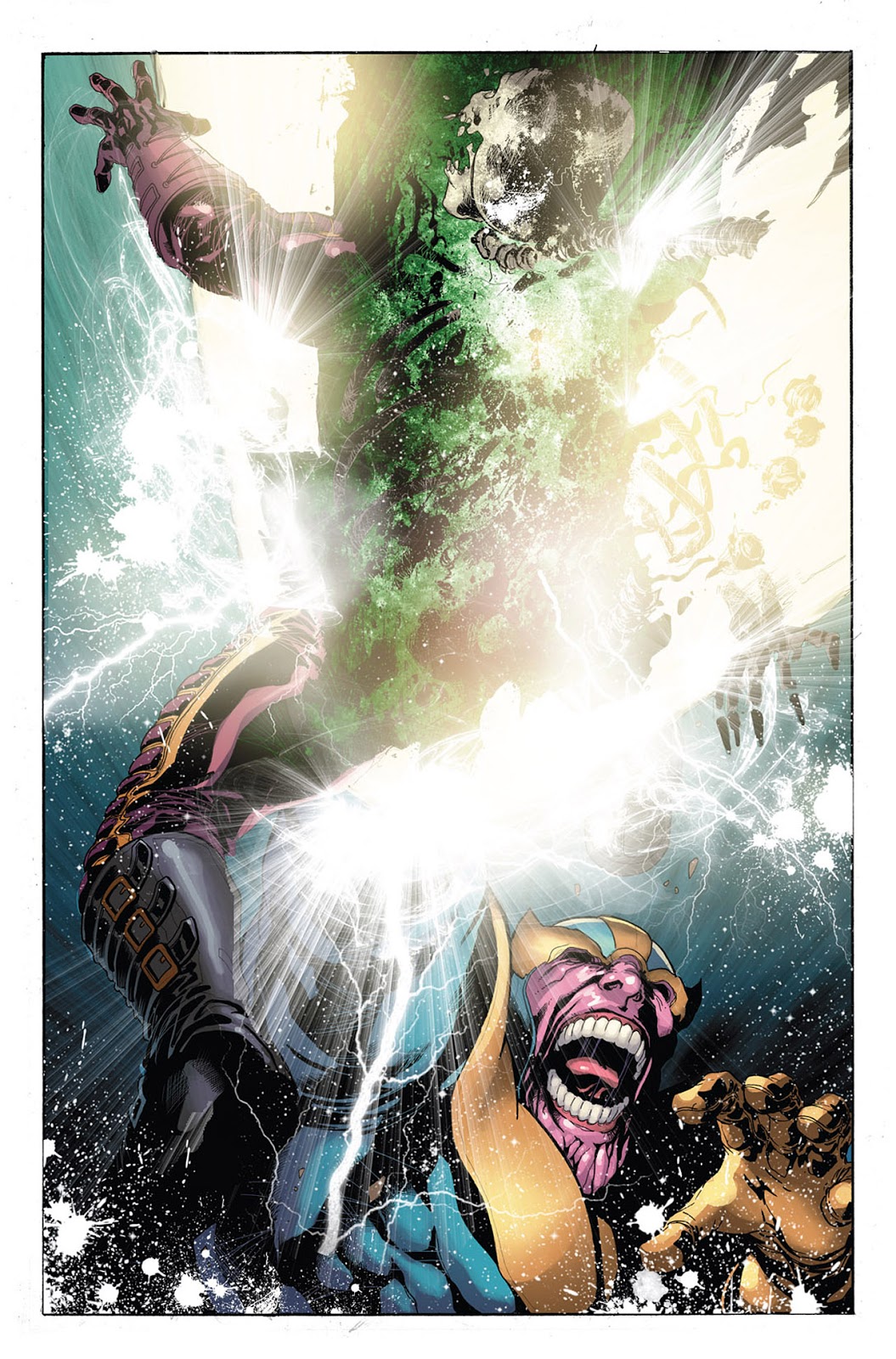 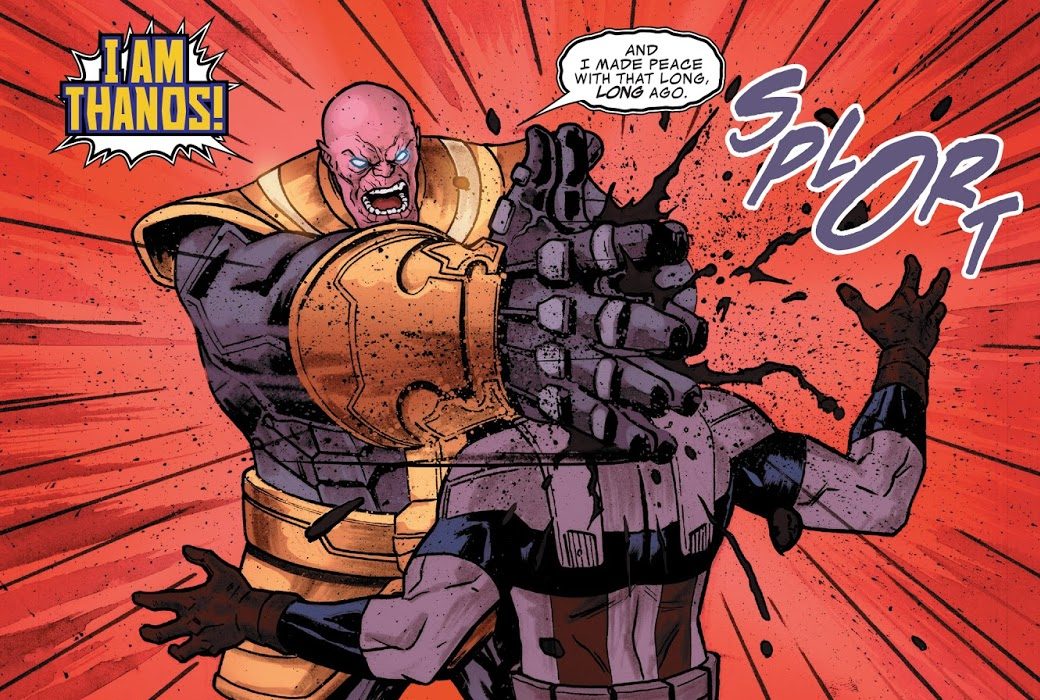 In the pages of the current run of Thanos, the Mad Titan was dying. He was seeking aid to find a cure or a way to restore his abilities. He learns of the God Quarry, a legendary burial place of the gods, where he must prove himself worthy to reclaim his power or die. The God Quarry and the Witches of Infinity who control it show Thanos a new vision of himself, one where he is now a member of the Avengers and is fighting the good fight. They also present him with a chance at true peace. However, Thanos rejects this vision and brutally smashes Sam Wilson’s head between both of his massive fists as he declares, “I am Thanos…And I have Power.”

There you have it. Eight of Thanos’ most gruesome kills of all time. Do you think we will see any of these reenacted on the big screen during Avengers: Infinity War or Avengers 4? Are there any other of Thanos’ kills you would add to the list? Let us know in the comments.

In the meantime, share with your friends and let them know how truly terrifying Thanos, the Mad Titan, really is.