The Cosmic Ghost Rider is already getting his very own series after debuting just a few months ago in the pages of Thanos #13. The new limited series will be written by co-creator Donny Cates.

Donny Cates and Geoff Shaw are expected to provide quite a few more details on the Cosmic Ghost Rider in this week’s Thanos #16. Cates describes it as “crazy unsafe comics that take fun chances!”

Hey, so if you're excited (or REALLY ANGRY) about my new COSMIC GHOST RIDER series, you should check out THANOS #16 this Wednesday for his full origin!! Yay, crazy unsafe comics that take fun chances! #WhereIsTheRider

No details on who will be teaming up with Donny Cates to provide artwork have been released, but the initial announcement did include a cover by Mike Deodato Jr. who previously worked on Thanos with Jeff Lemire. 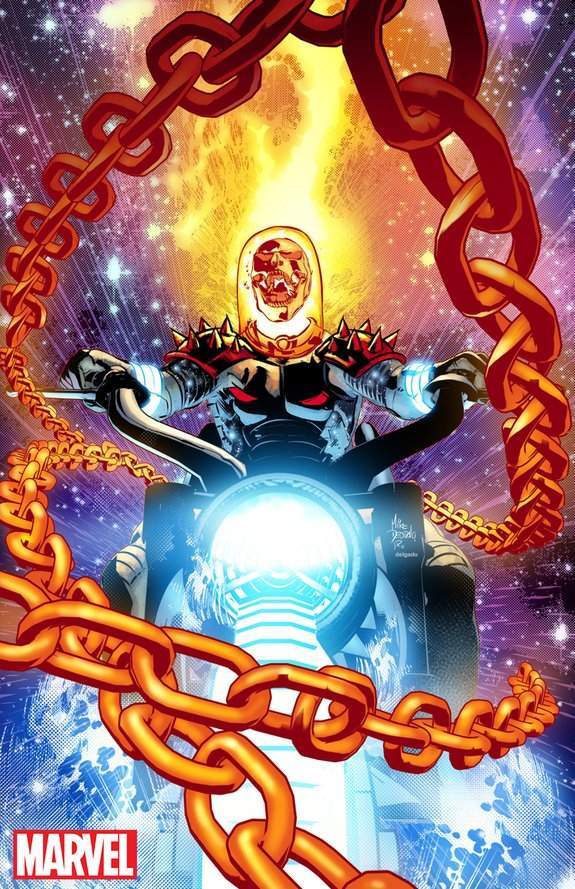 Cosmic Ghost Rider quickly became one of Marvel’s fan favorite characters since he was introduced in Thanos #13. It’s actually pretty good news that Marvel had faith in Cates to give the character his own miniseries after only appearing in three issues so far. This is a fantastic decision and I hope Marvel makes many more like it as part of their Fresh Start initiative.

The new Cosmic Ghost Rider series is expected to debut sometime this Summer.

What do you think about the new Cosmic Ghost Rider series? Who do you want to join Cates on art duties? Would you like to see Geoff Shaw continue? What about Mike Deodato? I could see Jim Cheung’s art working really well for the Cosmic Ghost Rider.