Marvel will launch a brand new series from writer Jason Aaron and artist Mike Del Mundo. The series will focus on Thor Odinson as he will finally reclaim the mantle of Thor.

But while he has reclaimed the mantle, the world hasn’t stopped and a number of Asgard artifacts have been scattered across the earth. Thor will set out to reclaim these artifacts, but he will be faced with ugly truths. Marvel reveals one of those truths will be “the production cost on hundreds of new hammers.”

I’m not sure if that’s really an ugly truth. You would think Thor and Asgard would have some kind of accountant who keeps track of that kind of information. Plus, that just sounds dull. Who wants to keep track of the production costs of new hammers during tax season? The only way I could see this “ugly truth” being mildly interesting is if Thor was actually marshaling some kind of Asgardian army. However, that doesn’t appear to be the case. 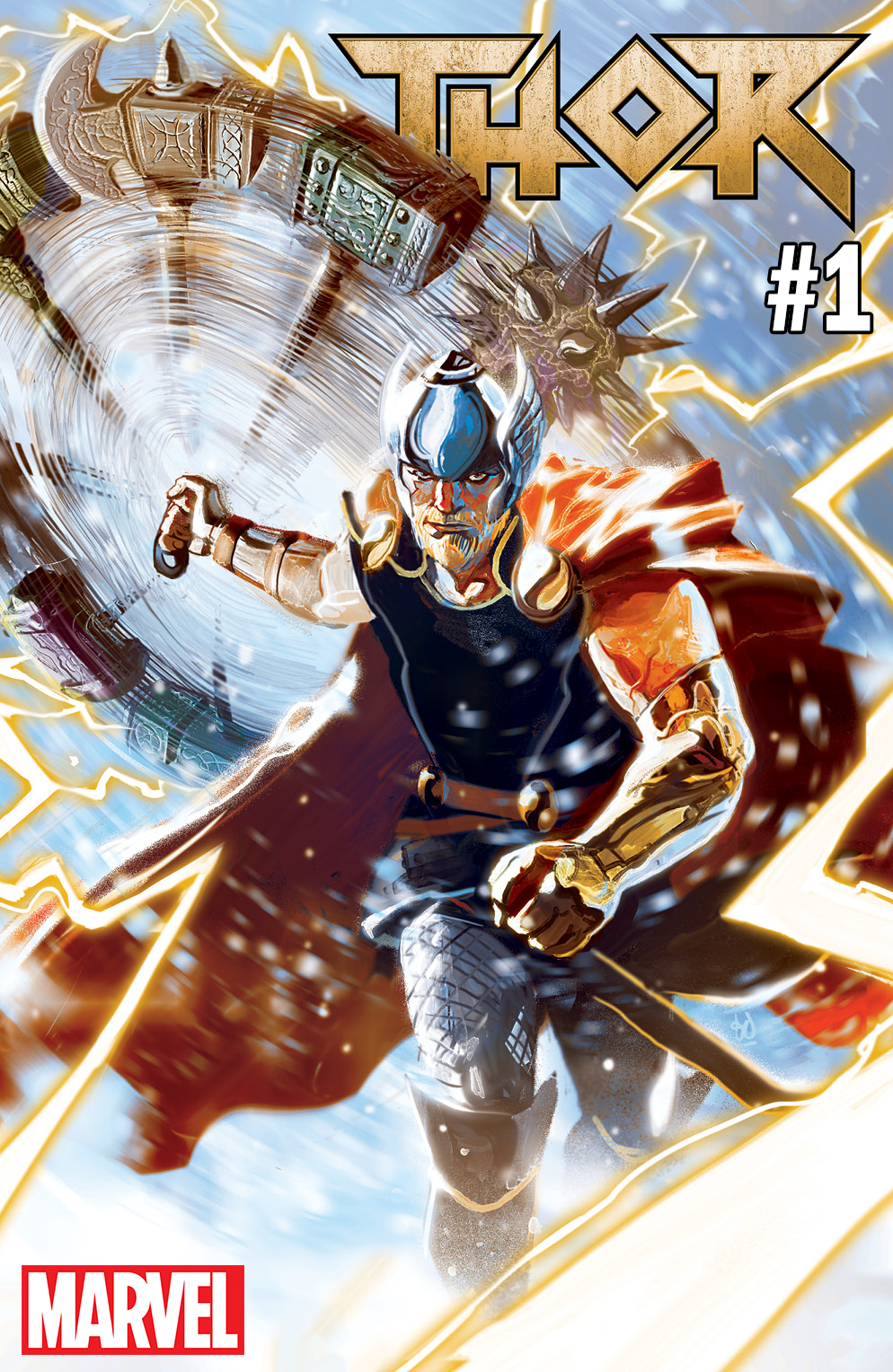 It seems Thor will need those hammers to try and stop the unstoppable Juggernaut. It shouldn’t be too hard. Hulk showed us all you have to do is take off Cain Marko’s helmet and his connection to the Crimson Gem of Cyttorak. Although the properties of the Gem have evolved over time and the gem has infused to Cain Marko’s body. So it might be a little more difficult than just removing his helmet this time around. But I’m not sure that a bunch of hammers will do the trick.

Regardless, Marvel promises Jason Aaron will take “the Prince of Asgard in a whole new direction with Young Gun artist Mike Del Mundo.”

But it won’t just be a whole new direction, it appears there will also be a secondary story in the first issue of Thor #1. Black Bolt artist Christian Ward will tell the final chapter in the King Thor saga as the the Thor from the distant future encounters an old friend who has undergone some significant changes.

What do you think? Does the premise sound promising or will you take a pass?