Jamie Madrox died at the beginning of the Death of X event back in 2016, but he will be returning in a brand new Multiple Man miniseries from Matthew Rosenberg and artist Andy MacDonald with covers by Marcos Martin.

Matthew Rosenberg explains that this new miniseries will actually explore why Jamie Madrox is not dead. He spoke with ComicBook.com, “Yeah, Jamie is very dead. He was killed by the Terrigen Mists and all of his dupes died with him. But our book starts off with someone finding Jamie very notdead. But he is not long for this world. So the mystery of why he isn’t dead and how to save himself is a big driving force of the story.” 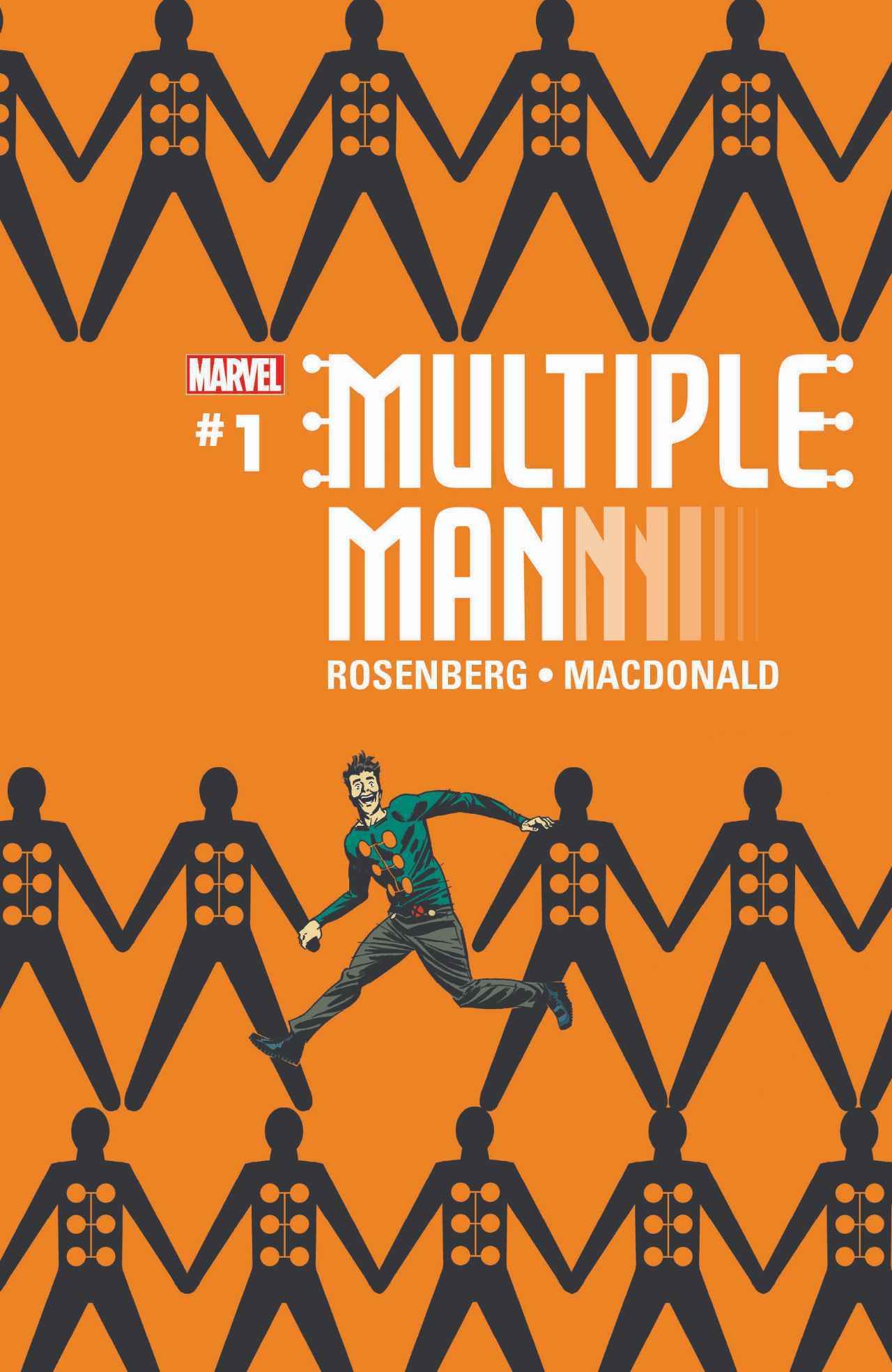 Rosenberg revealed how the idea of the new Multiple Man miniseries came about:

“If I were smarter I’d probably say some nonsense about how this was all about the duality of man and the Jungian archetypes that exist within us, how they are often oppositional, and how the ideas of who we are existed before us and continue beyond us. Maybe the book is about what we leave behind in the world for the people who love us and the people who don’t, and how that story is never a complete picture. But, honestly, I just like Jamie Madrox a lot and I raised my hand in a meeting at the Marvel office and said, ‘What if he wasn’t dead?’ and then they asked me to make up how that would work. And so… here we are. Dude’s not dead.”

The biggest threat to Jamie Madrox in the new series will be Death. Rosenberg also explained there is a new mysterious team who is hunting him down.

“Death is one of the big threats for sure. But also there is a mysterious new team you meet in issue #1 who are coming for him. They are willing to go toe to toe with the X-Men to get to him, so you know they’re pretty serious. Who they are and why they exist is pretty crazy, but it is all part of a bigger plan for global domination. While Jamie is mostly concerned with not dying at first, he gets caught up in all this stuff and, ya know, has to try and fix it. Or not. It’s complicated.”

Multiple Man will be a five issue miniseries, the first issue goes on sale in July.

The new miniseries comes off the heels of the recently announced movie initiative with James Franco. This seems to tie in to the idea that Marvel Comics will try to more closely tie their characters to the movies in their Fresh Start initiative.