“I wrangle the unknowable, and pin down the impossible…”

Jeff Lemire and Ivan Reis are both some of DC’s greatest talents. Ivan Reis has been one of the most instrumental artists to the success of DC since The New 52. Jeff Lemire is one of their most underappreciated writers. One whose Animal Man run is just as worthy of praise as Grant Morrison. Lemire has been trying to get a team book together for a couple of years. Justice League: United also known as Justice League: Canada was a good first attempt. The Terrifics #1 is much, much better.

DC and most publishers often poke fun at under-utilized characters. Metamorpho, Mr. Terrific, and Plastic Man are just a few characters who could use some more page-time. Enter The Terrifics #1. Not much goes on in the 20 pages of the debut issue, but that’s alright. This is about introducing the strangely awesome team. A merry band of misfits who have no reason to be stuck to one another. But thanks to fun and lighthearted writing and unsurprisingly amazing art, The Terrifics #1 makes for a fantastic comic. 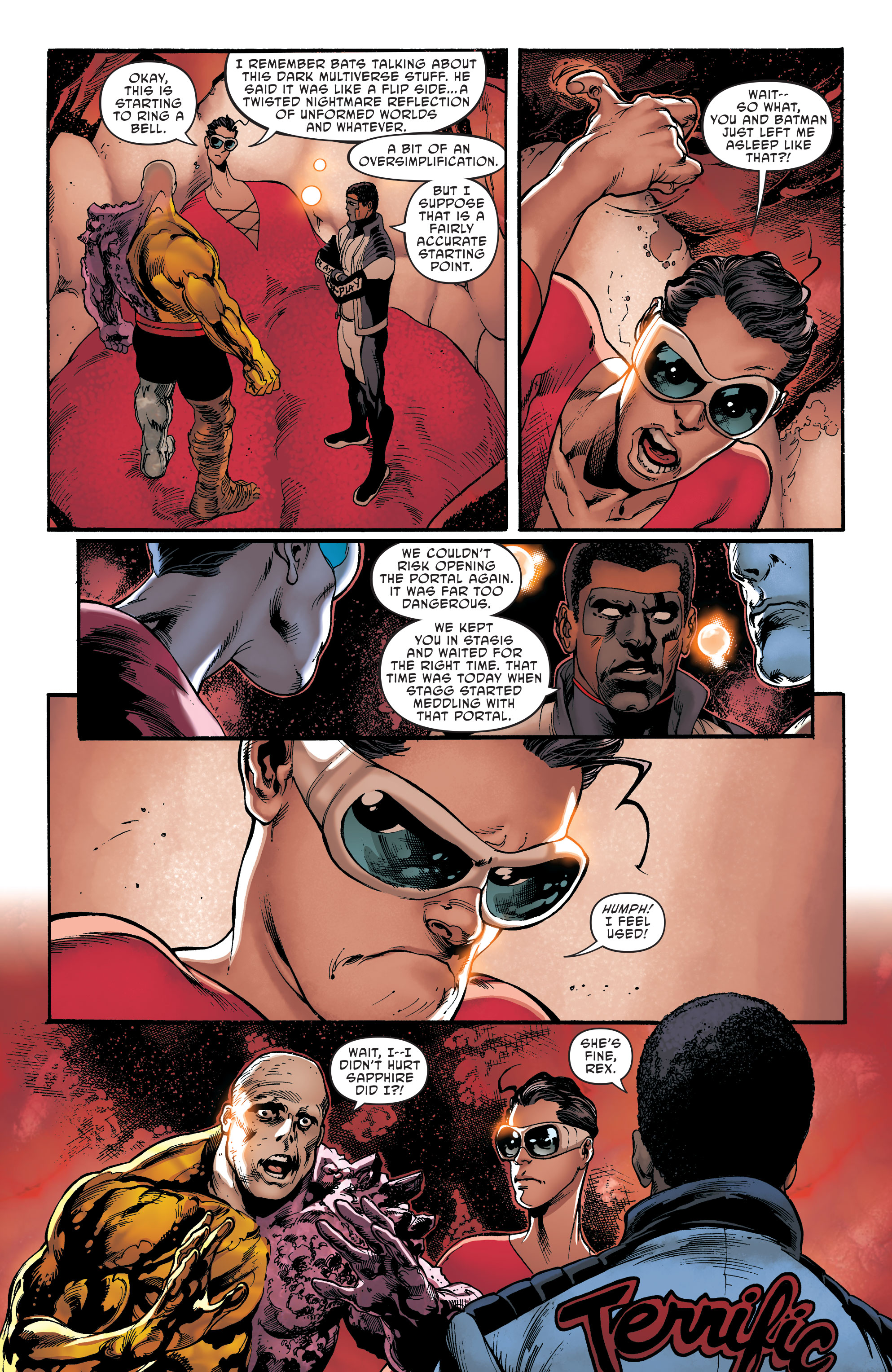 There’s also another surprising addition to the team. One Linnya Wazzo. She could be related to Tinya Wazzo, The Phantom Girl. It would seem every character in The Terrifics is a lesser known member of DC’s cast of characters. But this is a strange dynamic. One that requires the unique writing of someone used to obscure characters and the art of someone truly talented. Luckily, this creative team knocks it out of the park.

The Terrifics #1 is simply about the team finding out about one another. Almost to a fault. Little time is spent dwelling on whether or not everyone gets along, or just exactly who everyone is. But this is a comic book! The fans don’t have a ton of time and the comic doesn’t have a ton of pages to spend on pointless exposition. So the team needs to get together as quickly as possible. While it could be problematic, the issue is just too fun and funny to care about that.

Mr. Terrific is the perfect, valiant leader of the team. But Plastic Man is the perfect comic relief. There’s a brief exchange between he and Metamorpho towards the end of the comic that is just…gold. It works because Lemire’s writing is casual and hilarious and it works because Reis’ art manages to perfectly capture the movement and nuance of the joke. It’s already the sign of a great team. 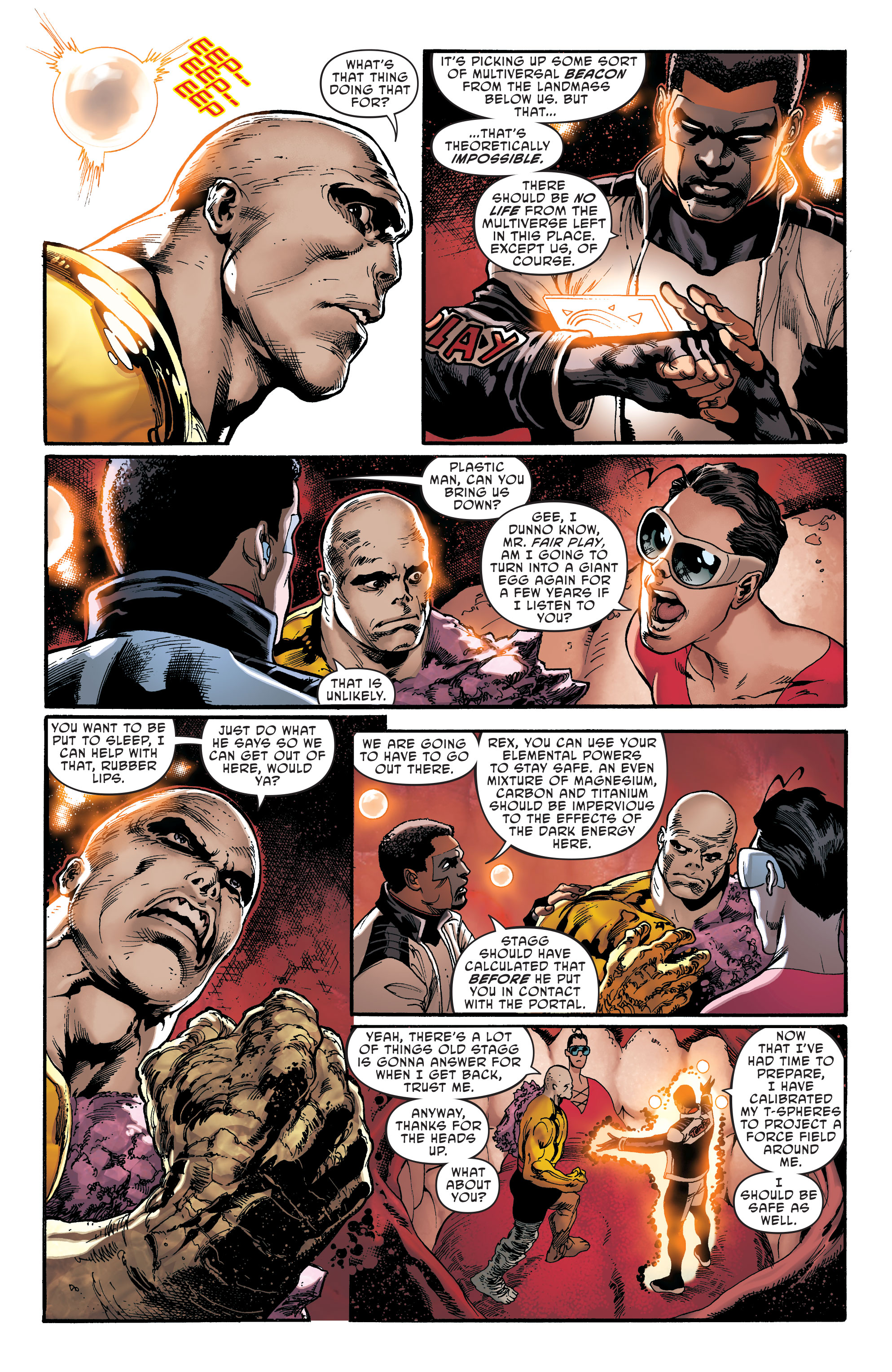 The last page feels a little too much like what should be the first page of the comic, but that ultimately doesn’t hurt The Terrifics #1. It’s just a great invitation for the next issue.

“This is dangerous, you don’t know what I’ve seen in there.”

Ivan Reis has drawn all of DC’s most famous characters on some of DC’s most famous books. He has a fantastic, clean style that perfectly captures a cinematic look with crystal clear action. He’s the perfect kind of artist for a team book because everyone is easier to keep track of. But Reis proves he’s even more worthy by channeling the perfect amount of weird and strange from Lemire’s odd script.

The opening pages show Mr. Terrific essentially walking into the laboratory of a Mad Scientist, not something Reis is used to creating. His frequent work with Geoff Johns is usually a bit more straightforward than that. But he perfectly captures the cosmos-warping world of The Terrifics #1. His usual partner-in-crime Joe Prado creates fantastic inks for Reis’ work. The two have been working together for years and it’s obvious why. Marcelo Maiolo is not Reis’s usual colorist though. But he does a fantastic job. He creates a lush and vibrant world that perfectly matches the work of one of DC’s best artists. The Terrifics #1 was lucky to have a few terrific artists behind it. 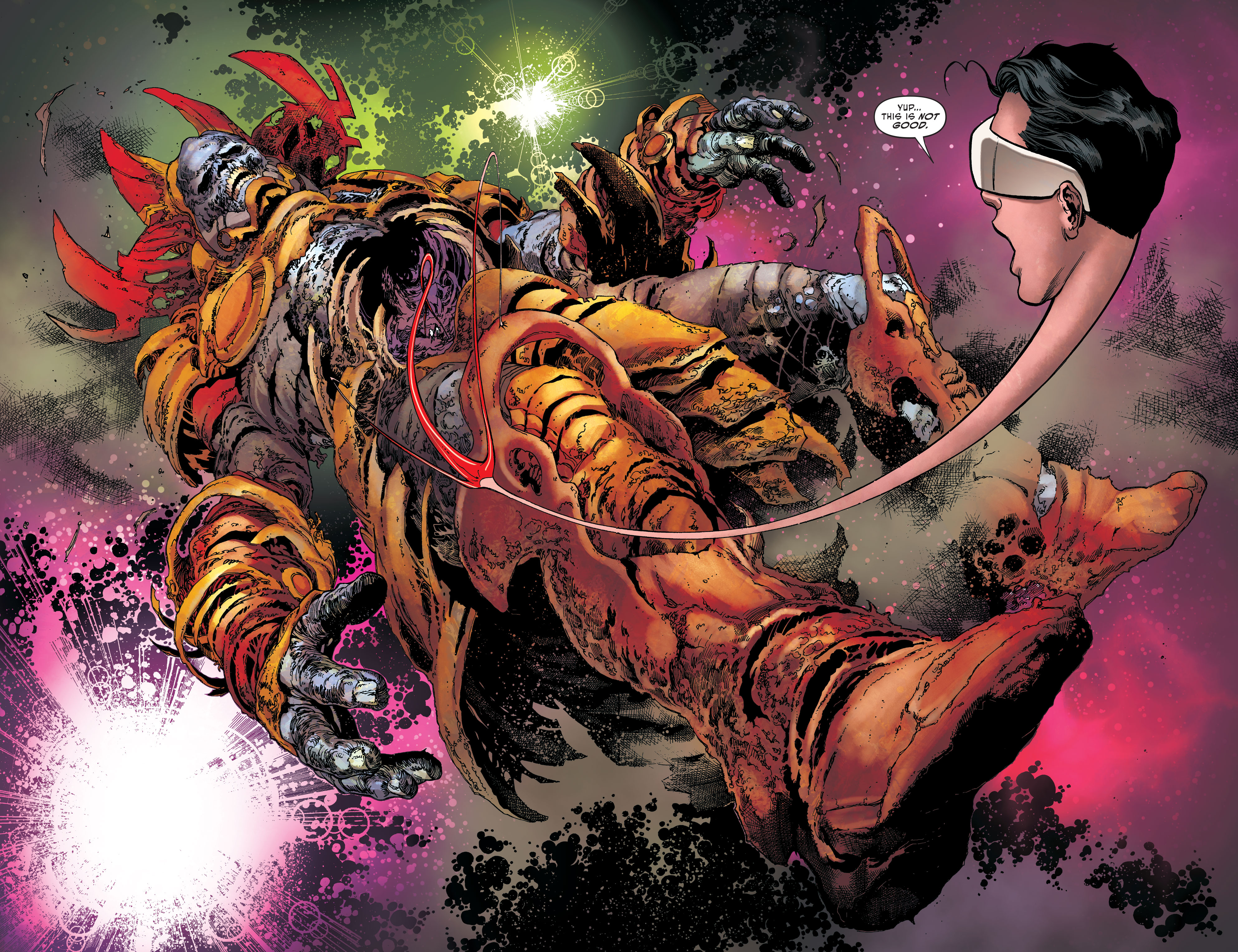 Mr. Terrific, Metamorpho, Plastic Man, and Phantom Girl don’t exactly scream “Superhero Team.” In fact, many stories feature each of these “heroes” as villains.  They are capable of mass destruction or mass evil on a whim. Some have argued that a couple of them are the most powerful metahumans in the DC Universe. Looking at you, Plastic Man. So just how does this random team get together? The Terrifics #1 does a pretty good job of explaining it.

Metamorpho is a catalyst, Mr. Terrific is a leader, Plastic Man is a liability and tool, and Phantom Girl…just kind of shows up. But that’s fine. The point of a comic is to give you a different world to explore for the brief few moments that you span its pages. Jeff Lemire knows this. Everyone of his stories includes acts of heroism, strangely unique stories, and plenty of humor. Because he knows that readers don’t want to worry while reading a comic. They want to explore the Universe with their favorite characters. That’s all The Terrifics #1 is interested in. A good time. The creative team clearly had a good time creating it, and readers will have a great time reading it.