Director James Wan and his Aquaman team have been hard at work creating the next film in the DC Universe. A lot is riding on the project, thanks to the damage done by last year’s Justice League. But there’s plenty of reason to be excited. This is a devoted team who loves the characters their working on and the world they’re creating. It’s a good sign that it’s taking a while for everything to be revealed. Because that means the team is invested in creating something wonderful. That takes time.

But Warner Bros. and DC Films are teasing fans with snippets of information. A lot has been revealed over time. DC has been focusing on this film for at least one year. If they did know that Justice League was going to be a disaster, imagine how much attention is being devoted to this film. If they don’t get this right, that’s it for a lot of DC’s major characters. At least until fans are willing to accept a new iteration.

There isn’t even a trailer out for Aquaman but there’s quite a few details about the film. Plenty to help you get excited for the next stage of the DC Extended Universe. So here’s everything you need to know about the upcoming blockbuster!

Aquaman arrives in theaters on December 21st of this year.

The Cast of the Film 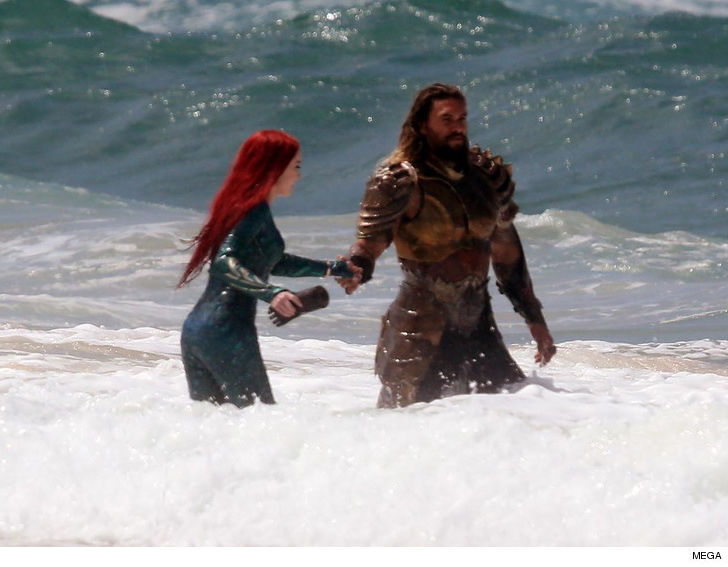 Jason Momoa and Amber Heard shared a brief scene in Justice League. But expect the two to be center-stage for most of the upcoming film as Arthur Curry and Mera. Joining them is a wonderful cast that is going to do a great job of bringing Atlantis to life. It may actually have one of the best casts of any modern blockbuster.

Willem Dafoe will be playing the infamous Nuidis Vulko. He was supposed to debut in Justice League before his scene was, unsurprisingly, cut short. Nicole Kidman will be playing Queen Atlanna and Dolph Lundgren will be playing King Nereus. All three are fantastic actors who have been gracing the silver screen for years; veterans who add some validity to the project. Kidman isn’t just any actress, she’s one of the best of her time.

And remember the last superhero film Willem Dafoe signed up for? That was the original Spider-Man. A superhero classic. This is a great team to help bring the story to life.

Interestingly enough, King Nereus will also be the father of Mera. It’s a shift from the comics where Nereus and Mera were actually engaged.

Just who are the Villains?

Two of the best actors on the list are playing two of the best characters. Those actors would be Patrick Wilson and Yahya Abdul-Mateen II. Just who are they playing? Two of the most famous villains in DC Comics history. 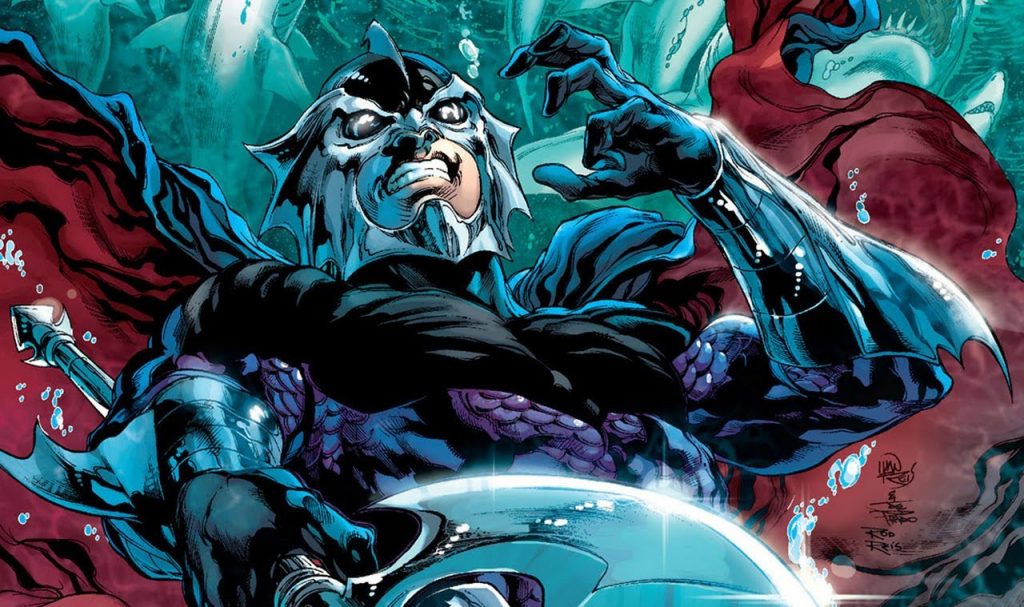 Patrick Wilson will be playing Ocean Master Orm. An awesome, incredible character who dons his unique armor to become one of Aquaman’s greatest supervillains. But his background is a little muddy. He’s Arthur’s brother, sometimes half sometimes full. First known as Orm Curry. In his first iteration he was not an Atlantean, a powerless brother of Arthur’s. He becomes obsessed with his lack of powers, what a surprise, and builds a suit that allows him to live and breathe underwater. Thus becoming Ocean Master Orm.

His most recent interpretation depicts him as the son of Queen Atlanna and an Atlantean Guard. After Atlanna gives Arthur to his Father, Orm later inherits the Throne. Then Aquaman’s arc is about becoming the rightful king and taking the throne. A great story that might make it’s way onto the screen later this year in the film. Orm is certainly an intriguing villain, but there’s only one person who hates Arthur more than anything. 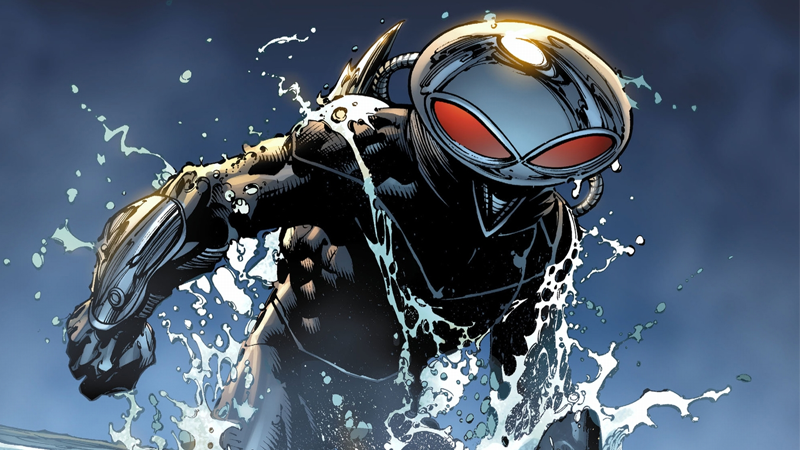 Yahya Abdul-Mateen II will play Black Manta. Manta is about as vicious as they come. This guy is out for blood. While his origins also vary, they are ones that usually demonize Aquaman. He stole Atlantean relics for a living, among other mischievous deeds. One night when Arthur came to confront him the battle became brutal…and Arthur accidentally killed his Father. Manta’s father wasn’t an innocent man, but he didn’t deserve Arthur’s wrath. For that, Aquaman has earned the unending hatred of Black Manta. Manta has been a member of every villainous team DC has to offer: from the Legion of Doom to the Suicide Squad.

He’s a brutal mercenary who was the person most recently responsible for Arthur losing his arm. Will any of that take place in the upcoming film? Hopefully. James Wan likely knows what it takes to create a wonderful villain, and that’s motivation. If audiences are going to enjoy watching Black Manta hunt Aquaman it always helps to know why.

So just who is bringing this wonderful film to life? The first name most synonymous with the film is James Wan, the director. He’s most famous for bringing the Saw and The Conjuring films to life among many other horror classics. He’s a great talent with an eye for visuals and and an appreciation for character development.

While Wan probably had a hand in crafting the story of the film he isn’t known as a screenwriter. Those credits go to Will Beall, Kurt Johnstad, and David Leslie Johnson. In what order those screenwriters worked on the film should be revealed by the film’s credits. But just a few of the films written by those folks are: 300, Gangster Squad, The Conjuring 2, Atomic Blonde, and Wrath of the Titans.

It’s a mixed bag with a few exciting entries. But what’s important is that the crew is familiar with blockbusters and that they have a devoted and passionate director at the helm. And they very much do. The director of Photography for the film is Don Burgess. He’s another veteran responsible for such classics as Forrest Gump, Cast Away, Contact, and Spider-Man. The crew filmed the superhero flick over a four month period. Most of the filming took place in Australia. Unsurprising considering its beautiful landscape. One of many details that continue to make Aquaman sound like a film to look forward to.

It looks like Wan found a very formidable team of actors and crew members to bring his vision to life. But what is that vision?

What happens in Aquaman?

This might be the most interesting and inconclusive answer of all. Just what happens to Arthur Curry and Mera in this film? The film features a lot of moving parts and characters that seems to be capable of their very own story. Ocean Master Orm, Black Manta, and King Nereus are all said to be adversaries of Arthur. Implying that the King of Atlantis is going to be facing a couple of other Kings and an evil mercenary all in this very first film.

But just how will that all play out? No one knows.

Queen Atlanna will probably have an important part in the film, as will Vulko the royal advisor. But expect a character or two to be featured in a flashback of some sort. Atlantis is still a very foreign place to audiences and the DC Universe as a whole. No one knows anything about it, especially Arthur. So expect there to be a couple of tall tales explaining the background and importance of this city beneath the waves.

But we also know they spend quite a bit of time off-land too. Arthur and Mera have been photoed many a time in public. Revealing that Aquaman and Mera will partake in a harrowing chase on land. Not a huge reveal, but it does imply that the forces of Atlantis will be after Aquaman and Mera for one reason or another. Not only that but it likely means that the Throne of Atlantis will be the main focus of the film. Arthur showed no interest in becoming King in Justice League, but the character will learn. Mera knows that Atlantis needs its rightful king. Hopefully, she teaches that to Arthur in their upcoming adventure.

The biggest question might be the most difficult to answer. No one knows if Aquaman is going to be a great film. If anything, there’s quite a few signs that it isn’t going to be a good film. DC and Warner Bros. have a terrible track record right now. While some of the directors and teams they’ve hired have created magic, what has ultimately failed is their attempt at a cohesive Universe that felt like a studio trying to capitalize on the success that another studio spent a decade cultivating.

The Marvel Cinematic Universe didn’t succeed because it put a bunch of its best characters in the same Universe. It succeeded because it spent time introducing every hero. Allowing the audiences to fall in love with each and every one before rooting for them in their biggest fights together. It wasn’t just a smart strategy, it was a great way to tell multiple stories within one grand story. And that success is paying off big time.

Aquaman will be the only Warner Bros. and DC Film to come out this year. Aquaman is one of the best characters DC has. He’s the King of Atlantis, after all! His interpretation in Justice League: The Animated Series was one of the show’s highlights. If James Wan, Jason Momoa, and their cast and crew of Atlanteans put enough care and devotion into the film then they will create something just as memorable.

The world will find out if they succeed when the film hits theaters on December 21st.