Avengers: Infinity War toys are hitting the market faster than Thanos can snap his fingers. We’ve already seen some major spoilers about Thor’s new weapon as well as one toy hinting at a major character’s death. But the latest toy potentially spoils what we might see from the Incredible Hulk in Avengers: Infinity War.

The toy is called the Hulk-Out Hulkbuster. It features both the Hulkbuster armor as well as a Hulk figurine. But the two won’t be fighting as we saw them do in Avengers: Age of Ultron.

No, this toy is meant to see the Hulk burst through the armor of the Hulkbuster. 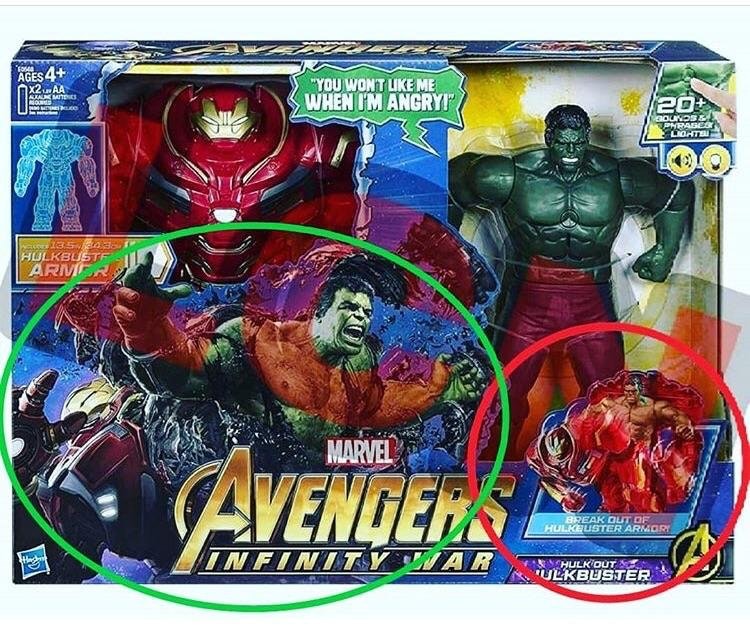 This looks to be a major spoiler for Avengers: Infinity War and lends credence to a pretty big theory that sees Bruce Banner piloting the Hulkbuster instead of Tony Stark as it wades into battle against the forces of Thanos.

The theory sees Tony Stark off planet fighting Thanos with Gamora and Nebula, while Bruce Banner ends up on Earth. In the first trailer there is a shot that shows Bruce Banner standing in front of the right hand of the Hulkbuster armor. 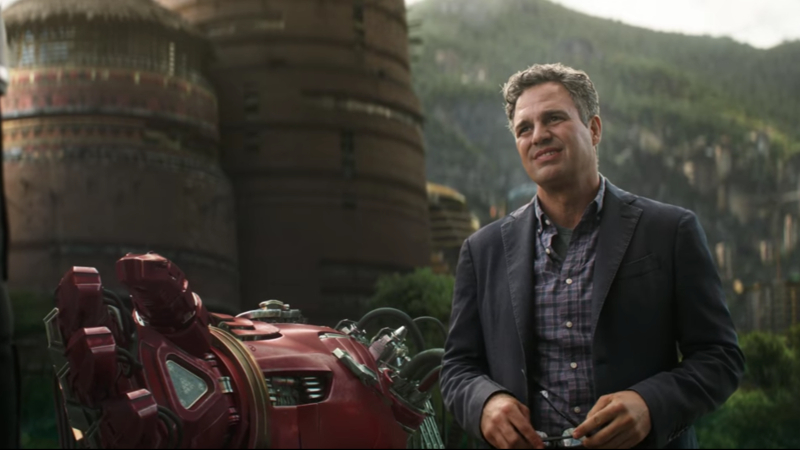 The theory continues that Bruce Banner will reunite with Black Widow and join the Wakandan forces as they fight against Proxima Midnight and Thanos’ forces as they wage battle on the African empire.

What do you think? Do you think this toy proves that Bruce Banner will pilot the Hulkbuster armor or could it just be a way to throw people off the scent and give us a huge surprise in theaters?

Avengers: Infinity War comes to theaters on April 27, 2018. Marvel Studios recently moved the release date up from its previously scheduled date of May 4, 2018.