Aquaman is coming out later this year. It will be the only DC Film to come out this year. While Shazam and Wonder Woman 2 are on the horizon, Aquaman will be the first DC Film after the huge disappointment of Justice League. But there are more than a few reasons to be excited for director James Wan’s upcoming films! It won’t just introduce audiences to the beauty of Atlantis, hopefully in a much better fashion than Justice League did, it will introduce two new villains! This includes one of the most vicious and brutal villains of all time: Black Manta.

Manta is a killer through and through. One who hates Arthur with every fiber of his being. It makes him one of the best villains in the DC Universe. Because most of the time he wants nothing more than to make Aquaman suffer. While it won’t be too fun for Arthur, it will be incredibly fun for audiences to watch on the big screen.

But while Black Manta is a big deal in the comics, audiences and fans haven’t been as exposed to this vile mercenary in any significant way. So, to make sure you’re up to date for the upcoming film, here’s 5 reasons Black Manta is going to make an incredible villain! 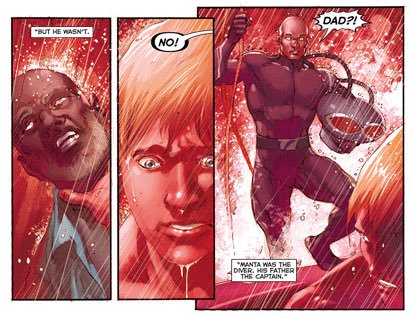 Manta and Aquaman have a long story that goes back to their youth. Manta and his Father are pirates. After attacking Arthur’s ship his father dies of a heart attack. Not necessarily killed by Black Manta’s father, but close enough for Arthur. He hunts the ship down and strikes…only to find Manta’s Father on the receiving end of his wrath. It’s a terrible and twisted cycle of death that makes Black Manta and Aquaman the perfect superhero and villain combination. Why? Because they both are justified in wanting the other dead.

2. Manta’s high-tech suit has a ton of gadgets and allows him to breathe underwater. 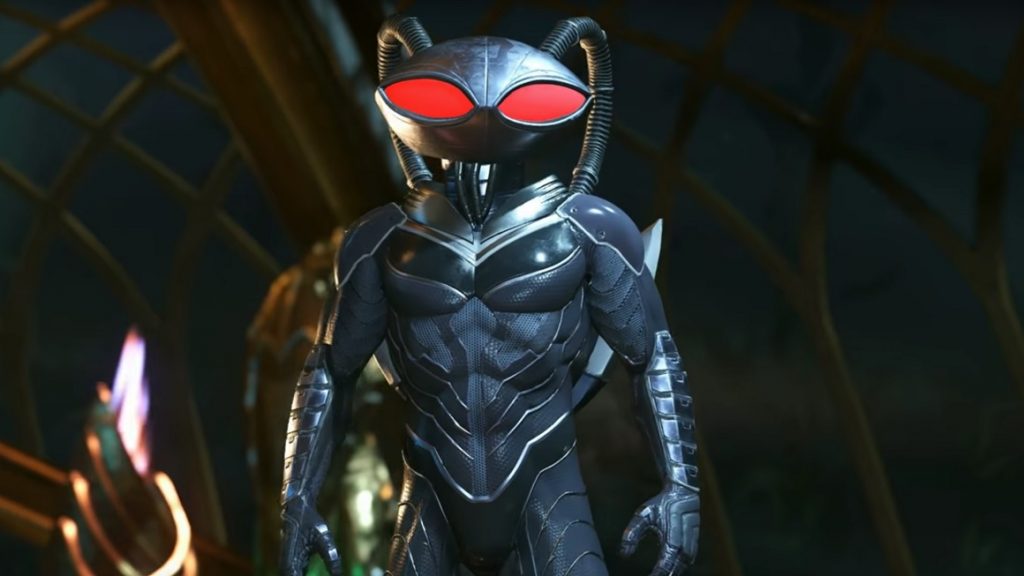 When you’re the supervillain of Aquaman, it helps if you can breathe underwater. Well, Manta can’t do that. So he designed a fancy suit that can. Black Manta’s suit makes him the Batman of the Seas. It’s equipped with harpoons, blades, torpedoes, optic laser beams and more. Oh, and of course the usual enhancements to strength, endurance and speed. Black Manta is almost an unbeatable monster. When Yahya Abdul-Mateen II dons the suit later this year, Jason Momoa’s Aquaman and the rest of the DC Universe will be introduced to something truly horrific.

3. Black Manta has been in the Suicide Squad, the Legion of Doom, the Injustice League and the Secret Society of Supervillains. 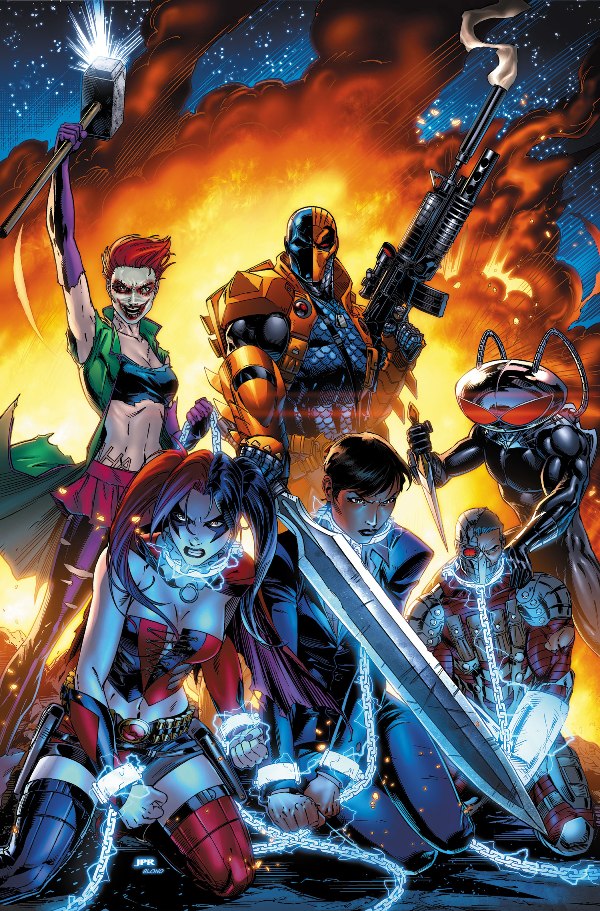 There have been quite a few supervillain teams in the DC Universe, and Manta has been a part of every one of them. When it comes to creating the perfect team to counter another team, there are always warriors specifically created to fight other warriors. You want someone like Batman to fight Batman, and so on. Black Manta has always been Aquaman’s perfect adversary. The most hateful, vindictive, and calculating enemy Arthur Curry has. But he is no fool. If given the choice of dying or working for whoever’s paying the most, he’ll take the latter. It can make Black Manta’s actions only as predictable as the highest bidder.

4. He was a Treasure Hunter. 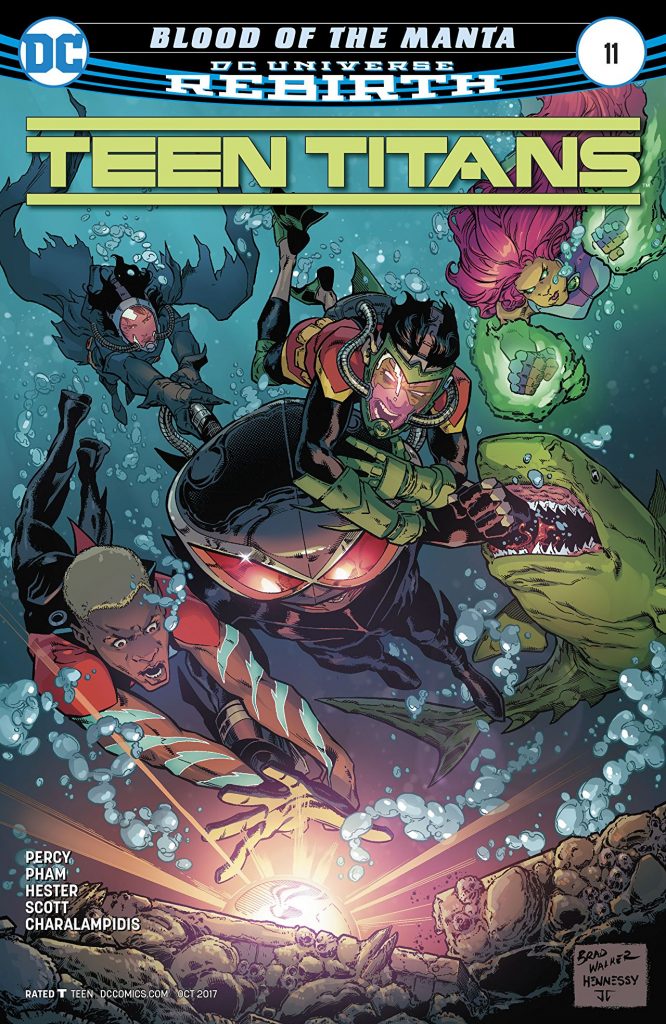 It makes sense doesn’t it? A mercenary who creates a suit specifically to hunt and pillage the seas. How then did Manta and Aquaman first encounter each other? It was because Manta was stealing Atlantean relics. In The New 52, he kills former teammates of Arthur’s to sell their Atlantean relics to a mysterious Atlantean. There are no easier ways to get on Aquaman’s bad side than killing his friends and messing with Atlantis. The bitter rivalry between Black Manta and Aquaman drags many into it and causes many casualties. A vicious cycle that all started with two boys and their fathers. 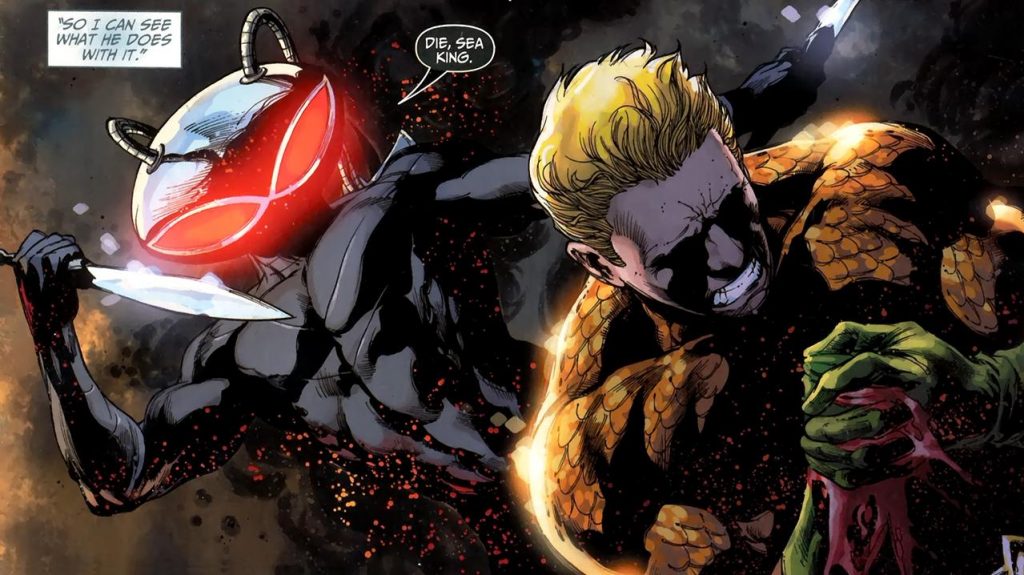 While fans don’t really want him to suffer, a lot of them want Aquaman’s hand to come off. In the comics, and the Justice League: Animated Series, Aquaman’s hand is cut off only to be replaced by a spear, hook, or water element of some kind. It sucks for Arthur, but it gives him an awesome detail that solidifies him as one off the toughest superheroes on the planet. In The New 52, Black Manta was the one to cleave the hand from Arthur’s arm. It was eventually reattached but it was a cool story nonetheless. As Black Manta and Aquaman are sharing a fight or two in the upcoming film, who knows what state Aquaman will be in by the end.

You can catch Yahya Abdul-Mateen II as Black Manta in Aquaman on December 21, 2018.