Director Christopher Nolan is no stranger to Superhero movies, especially Marvel’s Black Panther. The Dark Knight trilogy stands as the best feat of superhero filmmaking ever made. Not a lot of people would dispute that. Another indisputable fact is that The Dark Knight literally changed the Academy Awards. Before 2008, there were strictly five films nominated for Best Picture. No more, no less. There was a huge uproar that The Dark Knight didn’t receive a nomination for Best Picture, considering many critics considered it the best picture of the year.

Then the Oscars changed. From then on up to 10 nominees were allowed because of this huge oversight. Not a lot of people would dispute that’s pretty awesome. It might even be a greater honor than any single Award that is bestowed. But since then pretty much every film of Christopher Nolan’s has been critically lauded and appreciated. In fact, the director came closest to the elusive Oscar on Sunday night when he lost to Guillermo Del Toro and The Shape of Water. It was a very close race, and let’s not forget Nolan’s film came out in July.

The director was at the Academy Awards on Sunday night for his fantastic film, Dunkirk. At an after-party, a reporter at Deadline jokingly asked the director, “What’s going to win next year?” Christopher Nolan didn’t answer that exact question, but he did predict one Best Picture nomination: Black Panther.

Black Panther is a great film. One that, like The Dark Knight before it, transcends its genre and becomes more than just a superhero movie. It’s no surprise a great director is also recognizing another great superhero movie. Does this actually mean Black Panther has a chance at next year’s Oscars? Maybe.

The Start of a Movement 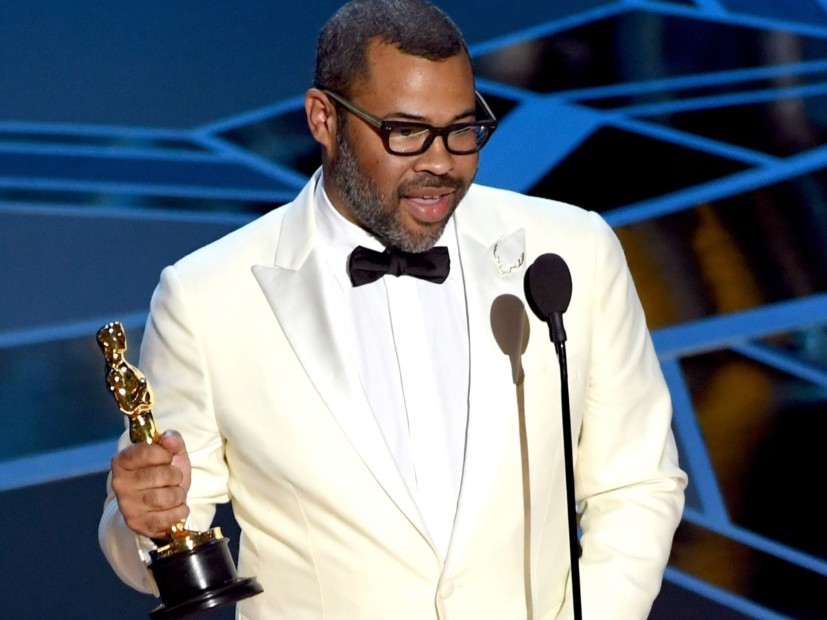 The Academy Awards have been notoriously biased for years. The entire Entertainment Industry is. But as Forest Whitaker utters in Black Panther, “the world is changing.” Jordan Peele accepted the Academy Award for Best Original Screenplay this weekend, the first Black filmmaker to do so. Peele’s film was also a front-runner for many other awards. And most of the cast of Black Panther was there to watch it happen.

All of those things matter. There have been many movements within Hollywood as of late, but most of them are all about inclusion. It’s about recognizing everyone because of their incredible accomplishments. Not just those that star certain actors of a certain race. That’s not what art is about; that’s not what film is about. And so the recognition for Get Out could definitely mean that Black Panther is on track for Oscar contention. But a nomination is a very slippery accolade for a superhero movie. Wonder Woman couldn’t do it; Logan only managed to get one. While those films didn’t necessarily have the community or box office numbers that Black Panther does they were also great films.

Production Design, Costume Design, and Visual Effects are almost a certainty for Black Panther. Although it could lose many of those awards or nominations to Infinity War. But the film has some incredible themes at work. Not only that, at the core is the story about sons and fathers. What it means when they raise you well; what it means when they’re not around to raise you at all. That’s emotion and drama. The kind of subject matter the Academy loves.

Disney is a formidable studio. If they put their back into it, they could make Black Panther a contender in next year’s awards race. Even Christopher Nolan thinks so.