“mY daD is not BiZaRro…”

Peter Tomasi and Patrick Gleason have done something remarkable with Superman, they’ve turned it into a family story. The story of a group of people just trying to live their lives to the fullest, all while helping most of the world do the very same. Through that story readers fell in love with Jonathon Kent, the newest boy wonder. In the pages of Superman #42, Gleason and Tomasi parallel their previous work.

If Superman now has a family, so must Bizarro.

Bizarro now has a family too. As he struggles to maintain a farm, being a superhero, and being a Dad the struggle becomes real. Worlds colliding, indeed. No villain has been synonymous with this team’s run. A few monsters continue to reappear, but the story has always been about the Kent family. And so, the next story is to tell the very same tale in an opposite fashion using the Bizarro world. 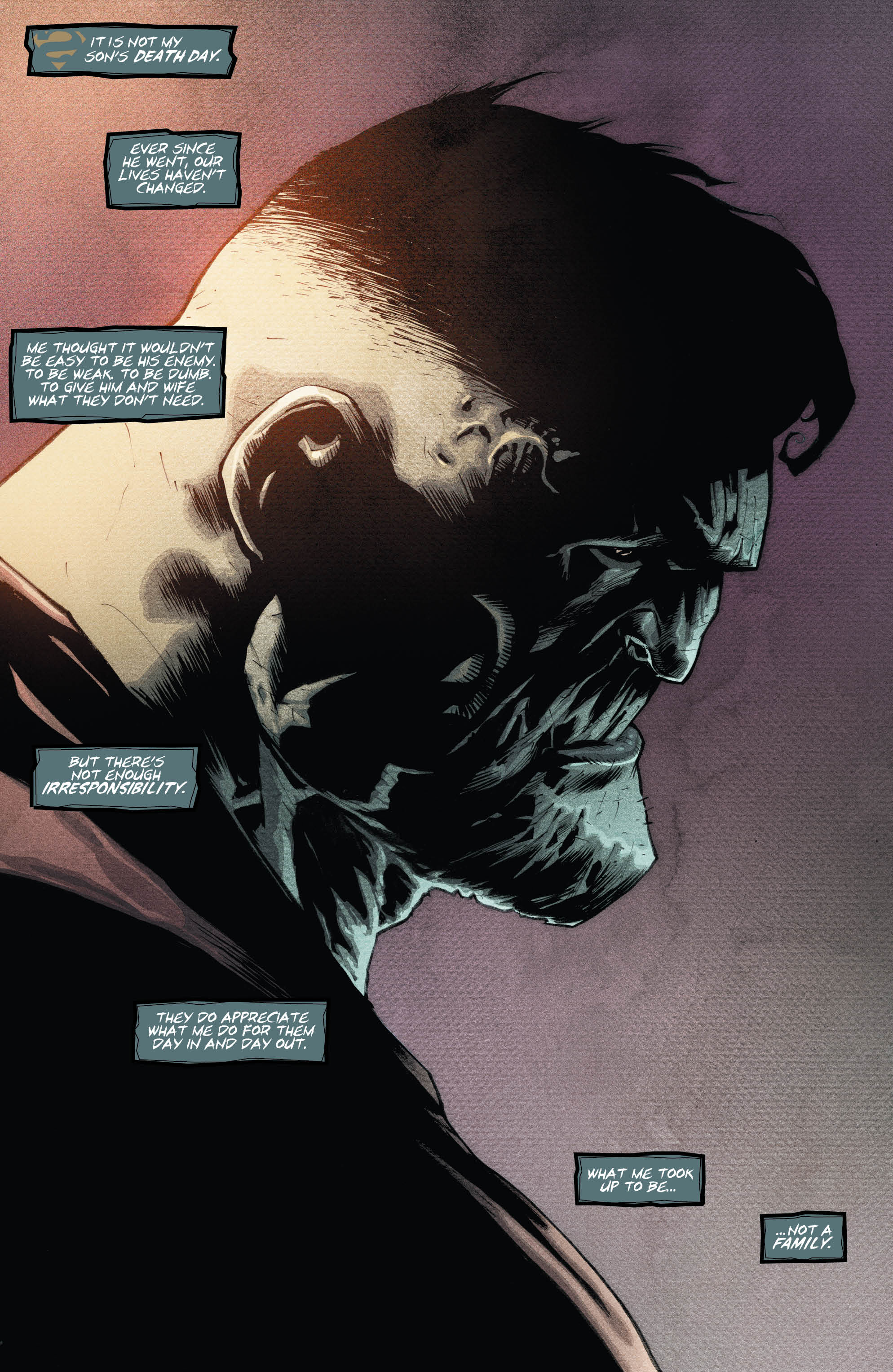 At first, that’s all Superman #42 appears to be. A rehash of something done not so long ago. But it quickly evolves. Because of course one of the best creative teams in comics was just trying to fool you. This isn’t just about the Bizarro version of a Superman story.

Since there’s a brand new Superboy, that must mean there is a brand new Bizarro Boy! Superman #42 does a great job of introducing him in the same way Jon was introduced almost 2 years ago. However, the Bizarro-translation can become a bit tedious. At times, the double or triple negatives in one sentence can be genuinely confusing. But most of the time it just adds to the humor.

The story reads as if Tomasi and Gleason are poking fun at themselves. Taking the most iconic moments from the beginning of their run and turning them into a joke. 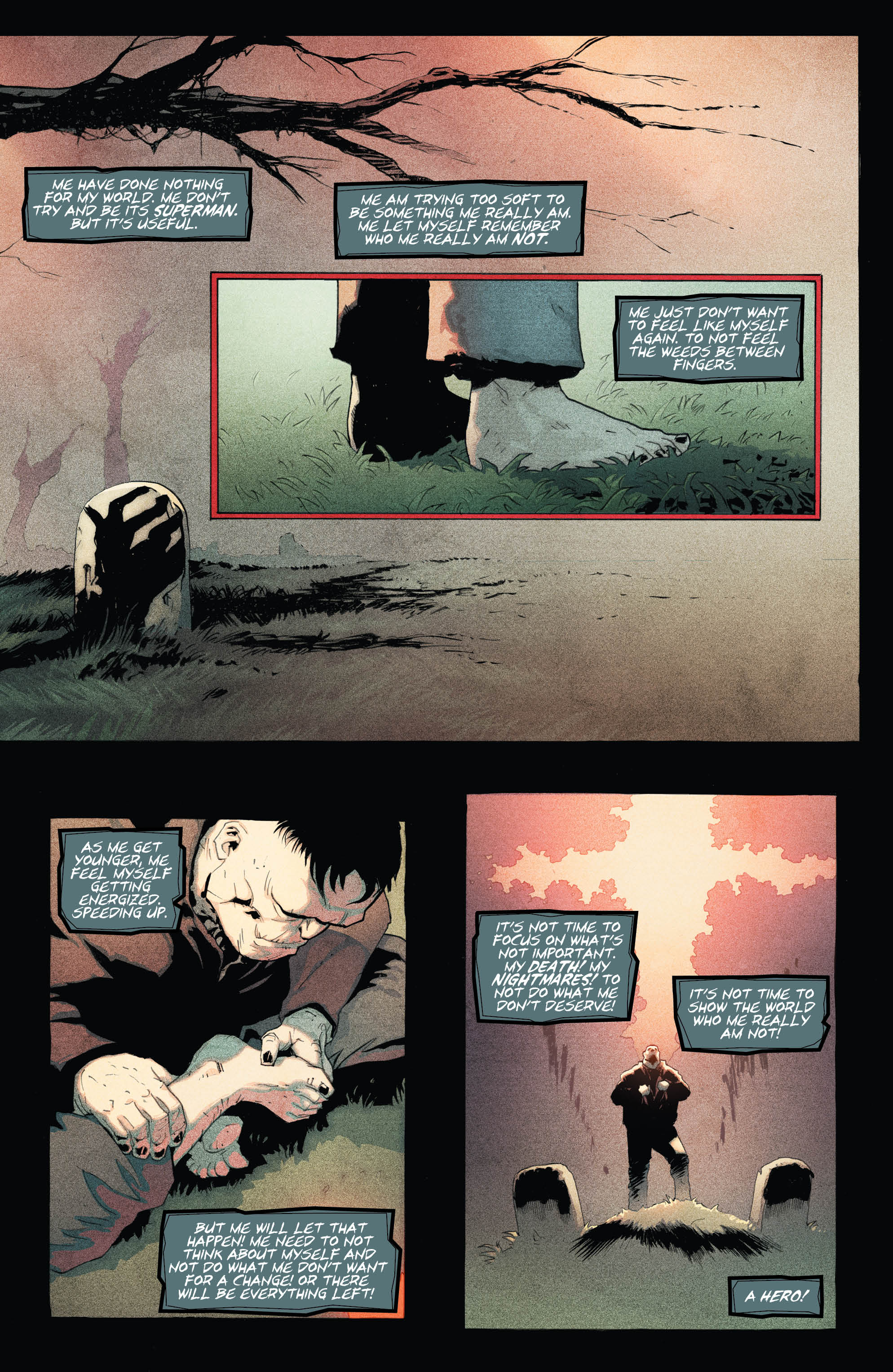 It works and doesn’t damage any of their previous work. It’s satire because that’s essentially what the Bizarro character is. Just a chance to constantly make “opposite day” jokes about Superman. But Rebirth has turned Bizarro into a 3-dimensional hero. An interesting turn for a former member of the Legion of Doom. Now, Bizarro Boy is getting just as much attention in the pages of Superman #42. A fun idea that should be incredibly effective in the hands of Peter Tomasi and Patrick Gleason.

“So this is Bizarro world?”

Complimenting the art of Patrick Gleason almost feels redundant. He is one of the best artists in the business. Gleason’s Superman has been one of the highlights of the series. The pages of Superman #42 are no different. Gleason creates an awesome yet familiar aesthetic for Bizarro World. It’s not some alien planet, that’s not the point. Merely an exercise in opposites. And that’s how it looks.

A playful and fun version of the pages from the earlier stories of the Kent family. It’s not supposed to be serious; it’s not supposed to be grim. Superman #42 is intended to be a colorful and humorous jibe at the artist’s previous work. And it is. The last few pages introduce the twist of this arc. It forces the two worlds to collide. It looks fantastic. One of Gleason’s most important talents is his ability to articulate the subtle nuances of human emotion across anyone’s face. It’s almost indescribably important when telling stories about families. Being able to get the son’s rolling of the eyes as a Mother or Father lectures just a bit too much. That’s not easy, but it looks easy when Patrick Gleason is at work. Superman #42 looks to continue Tomasi and Gleason’s work on family, in a fantastically new Bizarro fashion. 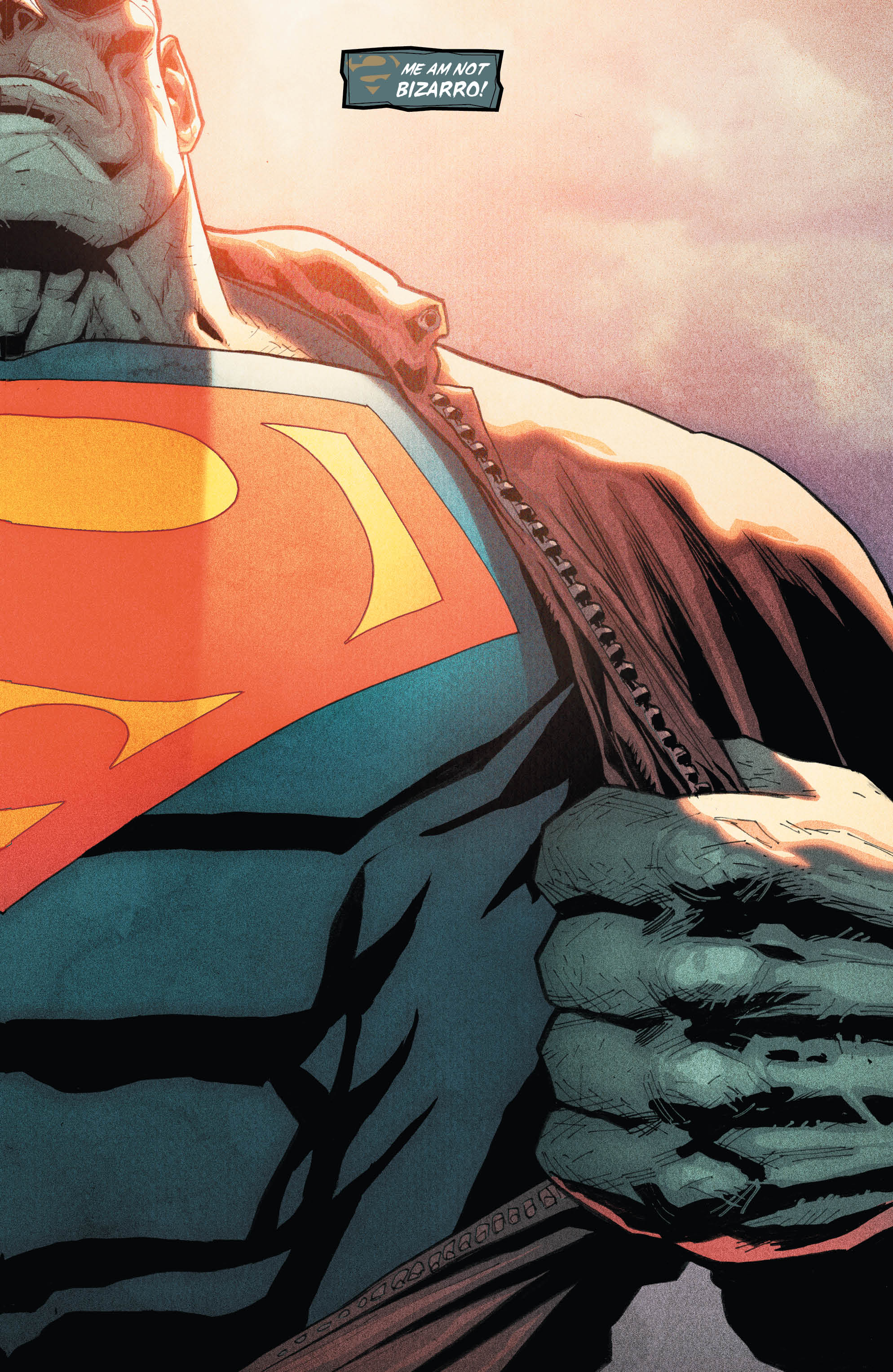 When the reader isn’t spending a few too many seconds struggling to understand what Bizarro is saying, Superman #42 is a fantastic read. One that emulates work of the past and makes gentle fun of that work. All before setting out to tell a story of its own. That’s not an easy amount of story elements to handle, but Peter Tomasi and Patrick Gleason aren’t just any writers. They turned Batman and Robin into one of the best titles on the shelves and they did the same with Superman. Rather than introducing a slew of new villains or doomsday devices, they made their run about family. About what Superman continues to choose Earth as his home. Why Earth is his home.

But growing up is hard, especially for a Kent. That’s Jonathon Kent’s part of the Superman story. So that must be Bizarro Boy’s part of the Bizarro story. To struggle with his new identity and being his parent’s son. A talented artist like Patrick Gleason coupled with artist Alejandro Sanchez easily bring this sad and funny story to life. They make every page beautiful and unique all while paying homage to previous pages.

Bizarroverse Part 1: Father of Boyzarro is a bit of a mouthful, but Superman #42 manages to begin this arc in fantastic fashion.

While it’s unclear if the story ahead is going to be a comedy or a drama, it’s clearly going to be another great story by Peter Tomasi and Patrick Gleason.