Marvel has made a number of new series announcements as part of their Fresh Start Initiative. We’ve seen a new Captain America, new Black Panther, new Thor, new Avengers, new Sentry, new Doctor Strange, and more. But they aren’t quite finished yet. Marvel just announced Deadpool will be getting a brand new series as well with a new number one issue.

This new series will be written by Skottie Young with art by Nic Klein.

Speaking to Polygon, Skottie Young detailed how he tried to get Deadpool back in 2013.

“Before I pitched Rocket Raccoon back in 2013, I tried to get Deadpool. haha. But he was spoken for so I said ‘well, i can kind of have a similar vibe for Rocket, just cleaned up a bit.’ So my head was already in that place.” 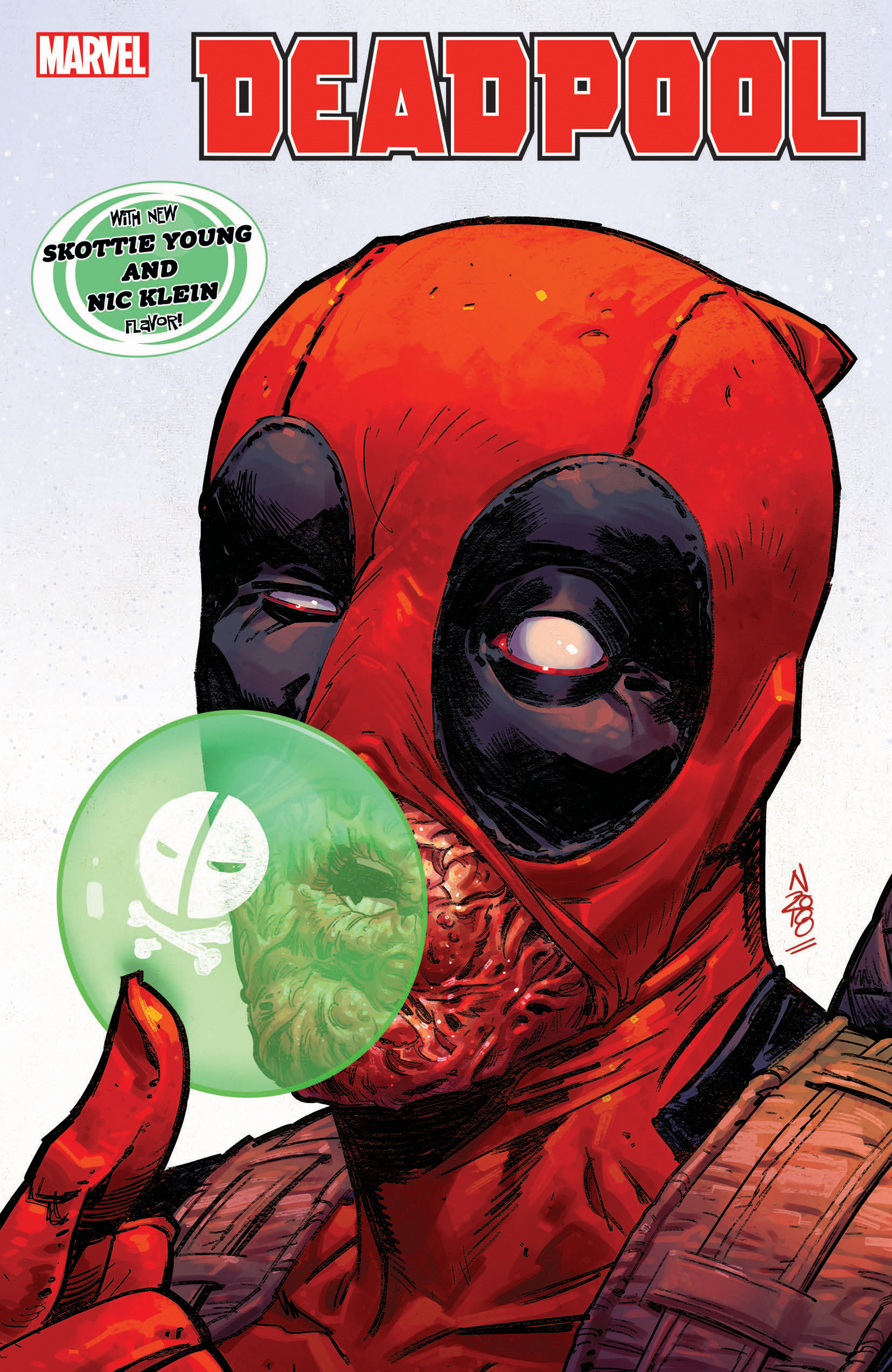 Young went on to described what we can expect from his Deadpool book which includes a high-flying pace.

Fast paced, big and humorous. I like to write stories that move fast and keep you on the ride. And I like to try and make you laugh while someone his getting their arm broken or head exploded. hahaha. Similar to my run on Rocket, I like doing shorter stories and have threads that weave in and out.

As for the pacing, Nic Klein will have a quite bit to say about that. “Visually – besides the over the top-of-it-all business, I like the Deadpool specific things (his theatric monologues and breaking the 4th wall stuff).” He added, “Experimenting with pacing / specific camera shots/angles to get comedic effect are also fun things that I hope to get to do. We’re just having fun doing it and I think it shows and will rub off on the readers.”

Marvel editor Jake Thomas explains the series will see Deadpool getting back to his mercenary business.

“Deadpool’s gone through A LOT these past few years, and while he’s accomplished a lot, the merc with the mouth may have taken his eye off his mercenary business for a bit too long. So how does a soldier for hire get business back up and running? The only way Deadpool knows how: Maximum effort, reasonable rates.”

Thomas went on to praise Young and also elaborate on what he has planned for Deadpool.

“Skottie Young has one of the wildest, most unhinged creative minds I’ve ever worked with, and I mean that as the sincerest compliment I can muster. His ideas for Wade are flying fast and furious, this book is going to be a non-stop chaos party as Wade battles his way back on top of the mercenary game using every dirty trick, cheap sales tactic, crass promotional ploy, and underhanded advantage he can…and he’ll be bringing along some old friends for help.”

The praise wasn’t just for Young, he also showered it on Nic Klein,

“As for Nic Klein, he’s one of my favorite artists working, and the work he’s doing on this book is INCREDIBLE. I’ve seen Nic bring humor to a story, but I haven’t seen him go this wild…as a fan of his, an utter joy. You can see the fun he’s having right there in every panel. He’s completely owning every inch of this story. The character work, the world design, the action beats…honestly? It might be TOO good. [Editor] Mark Basso has had to hold me back multiple times from telling Nic to just stop because I can’t take the strange, beautiful glory of those pages anymore. That’s the pain I endure to bring you these amazing Deadpool stories. My blessing and my burden. You’re welcome.”