James Rhodes aka War Machine will be back in action in Avengers: Infinity War after falling in combat during Captain America: Civil War.

If you remember War Machine was blasted out of the sky when Vision tried to take down Falcon. However, Falcon avoided the attack and it struck War Machine dead on at the arc reactor. The blow completely depowered the armor and sent him plummeting to the ground.

Fortunately, he survived and began recovering at the end of Captain America: Civil War.

As you can see above, Rhodes was attempting to regain the ability to walk with some help from Tony Stark. He created a pair of electronic leggings for him to use. Tony actually refers to those leggings as a “first pass.”

It appears Tony has improved upon the technology and Rhodes has had some practice. A new photo courtesy of Entertainment Weekly shows Rhodes standing next to Captain America and Black Widow. As you can see below he has on a very similar contraption to what we saw at the end of Captain America: Civil War. 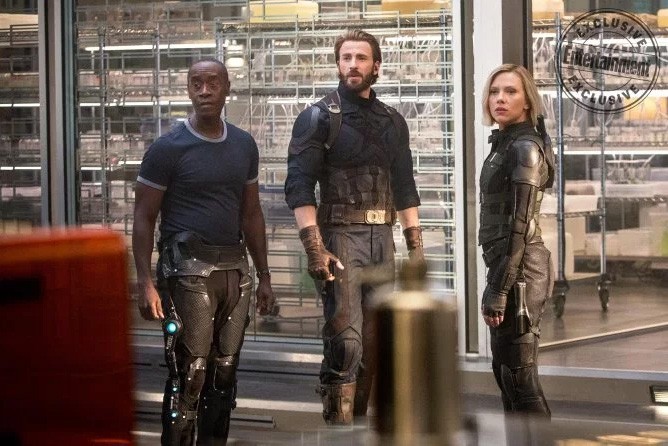 We know the design is definitely Stark Tech, but we’ve already seen Captain America receive vibranium gauntlets, and Winter Soldier now presumably called White Wolf get a brand new vibranium arm. I wouldn’t be surprised if Shuri provides some vibranium enhancements to Tony Stark’s original design. It could also make for a good comedic moment in a movie that will definitely be overshadowed by the approaching evil of Thanos.

Along with this new walking contraption, James Rhodes will also be getting an upgraded suit of armor. Entertainment Weekly revealed the new look on their cover along with 14 others. 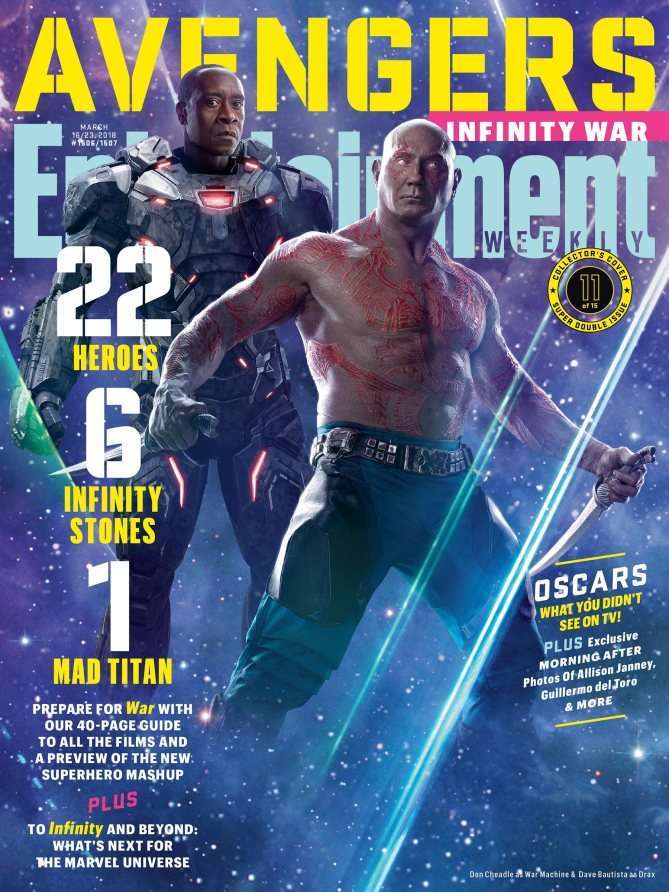 We’ll most likely find out for sure how Rhodes’ new legs work in Avengers: Infinity War which comes to theaters on April 27, 2018.