Kevin Feige made a promise a long time ago that we would get a Black Widow solo film. He told us, “I would say certainly the one creatively and emotionally that we are most committing to doing is Black Widow.” Feige appears to be making good on that promise as a report from this past January indicates Marvel Studios has tapped Blacklist screenwriter Jac Schaeffer to write the script for the film.

And it shouldn’t be too hard to pen the script given there is some excellent source material in Nathan Edmondson and Phil Noto’s Black Widow run from 2014. Here’s five reasons why Schaeffer and Marvel Studios should use Edmondson and Noto’s run for the Black Widow solo film.

1. Black Widow has Red in Her Ledger

Natasha Romanoff has red in her ledger. In fact, she admits it while interrogating Loki in The Avengers.

And while she claims to want to make a deal with Loki to clean out the red in her ledger, it never comes to fruition. That’s where Edmondson and Noto’s Black Widow run comes in. Natasha Romanoff is actually attempting to wipe out the red in her ledger. She takes specific missions to take out bad guys and refuses to profit personally from those missions. Her targets include killing other assassins, freeing wrongly convicted criminals, rescuing kidnapped children, and more. 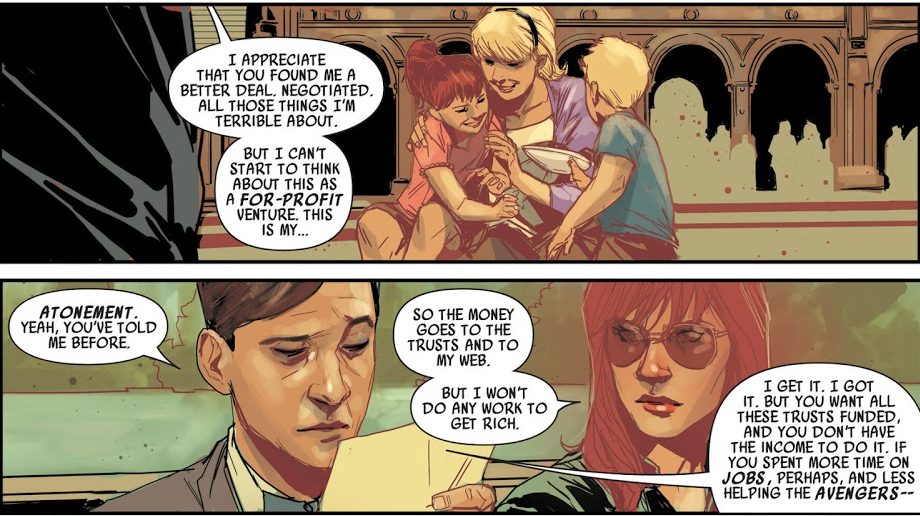 2. A Villain with a Grudge 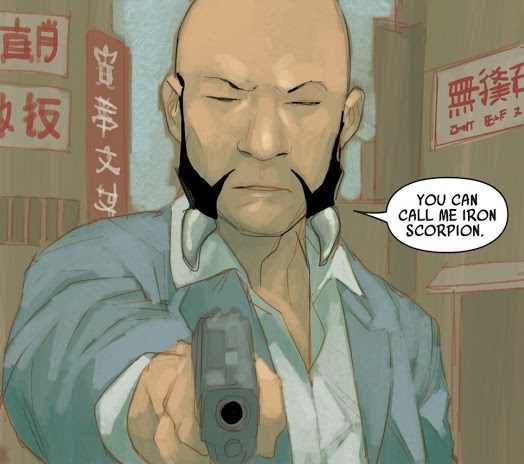 Edmondson and Noto introduce a rather interesting villain in the Iron Scorpion. It’s a name familiar to the Black Widow because it was a former target. A target she killed. But this new Iron Scorpion has it out for Natasha and in his first appearance he actually completely outmaneuvers her and has her fall into his trap. Not only does he best the Black Widow, but he’s got a grudge against her. You see, the first Iron Scorpion was his brother and he wants revenge for his death. 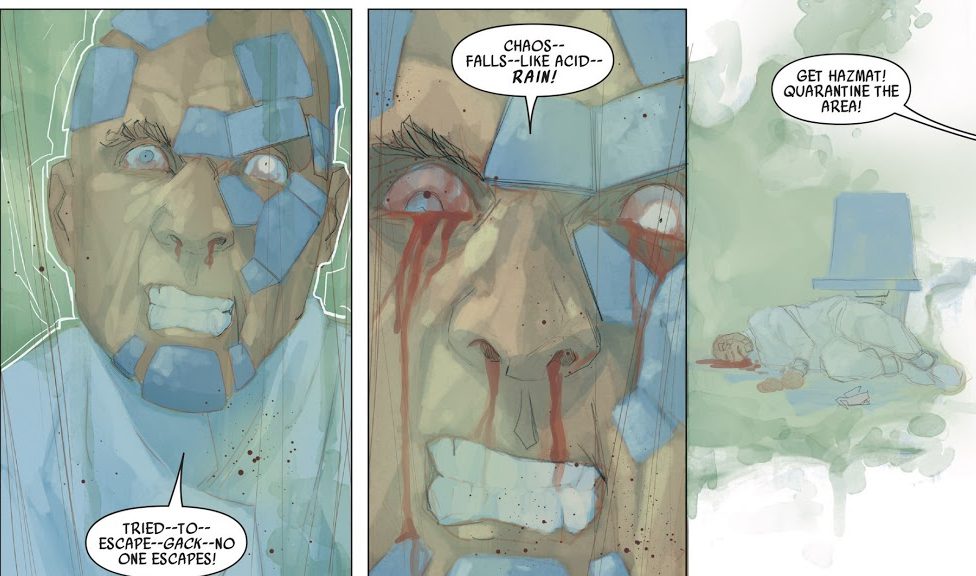 But the Iron Scorpion isn’t the only villain. There’s also the shadowy terrorist organization known as Chaos led by the sinister and mysterious leader, The Prophet. With the absence of HYDRA, Chaos could easily fill the void of a villainous organization in the Marvel Cinematic Universe and what better way than to introduce them in a Black Widow solo film.

The supporting cast for Black Widow are almost as strong as the central character. Edmondson and Noto introduce us to Black Widow’s lawyer and manager, Isaiah, who helps her find her new missions. But he’s not just a numbers guy. He just as resourceful as his client. In fact, when a couple of lowlifes attempt to blackmail into handing over large sums of money, he takes care of them in possibly a more ruthless fashion than Black Widow. But he’s not the only interesting character, Black Widow’s neighbor is a victim of abuse. Her man beats her, but she refuses to leave. The constant beatings drive Natasha to act and confront the sick man. 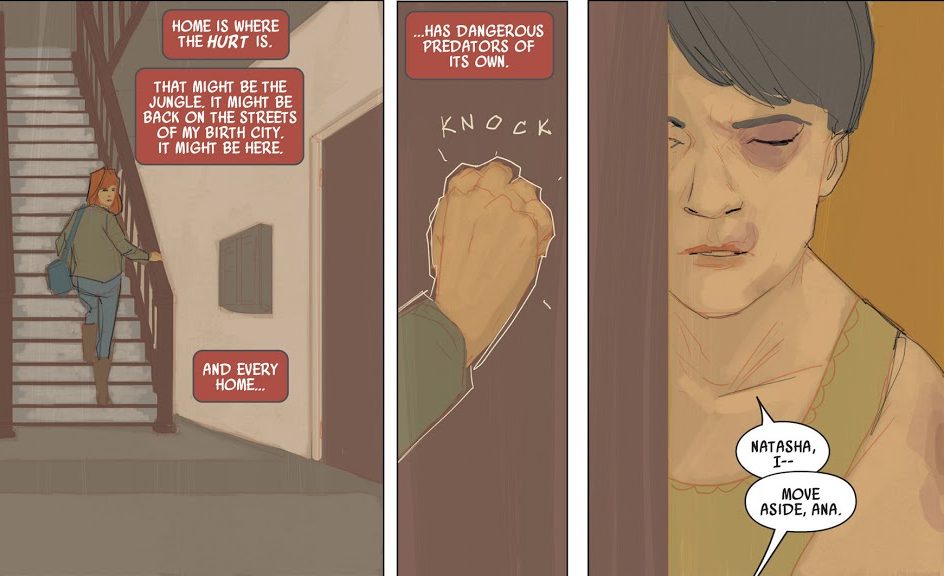 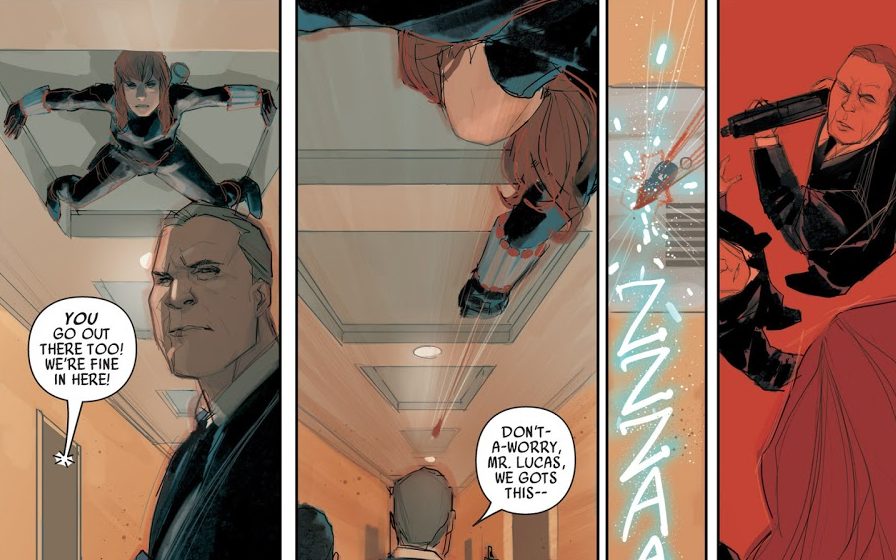 The missions Nathan Edmondson and Phil Noto send Black Widow combine elements of Mission Impossible with James Bond. In her second mission we see her infiltrate an office building in order to protect an assassination target. She uses a wide variety of skills to accomplish her mission from scaling the office building to hiding in the roof waiting for her targets to fall into her web. She’s also a master of deception changing her appearance and weaving stories in order to finish the mission. To pull this all off she deploys a number of gadgets and weapons to take down her opponents. It’s not only thrilling, but suspenseful, and action-packed everything you want in a Black Widow movie.

Almost every issue of Nathan Edmondson and Phil Noto’s Black Widow takes us to another exotic location. In the first issue alone we go from Berlin to Dubai. And then in the second issue we head to Shanghai. By issue three we get to visit Argentina. In the current movie making atmosphere, Hollywood executives want to appeal to a global audience. What better way to do that then send Black Widow on missions all over the planet. Plus even American audiences love seeing exotic locations. It allows us to visit these places without actually having to go there. 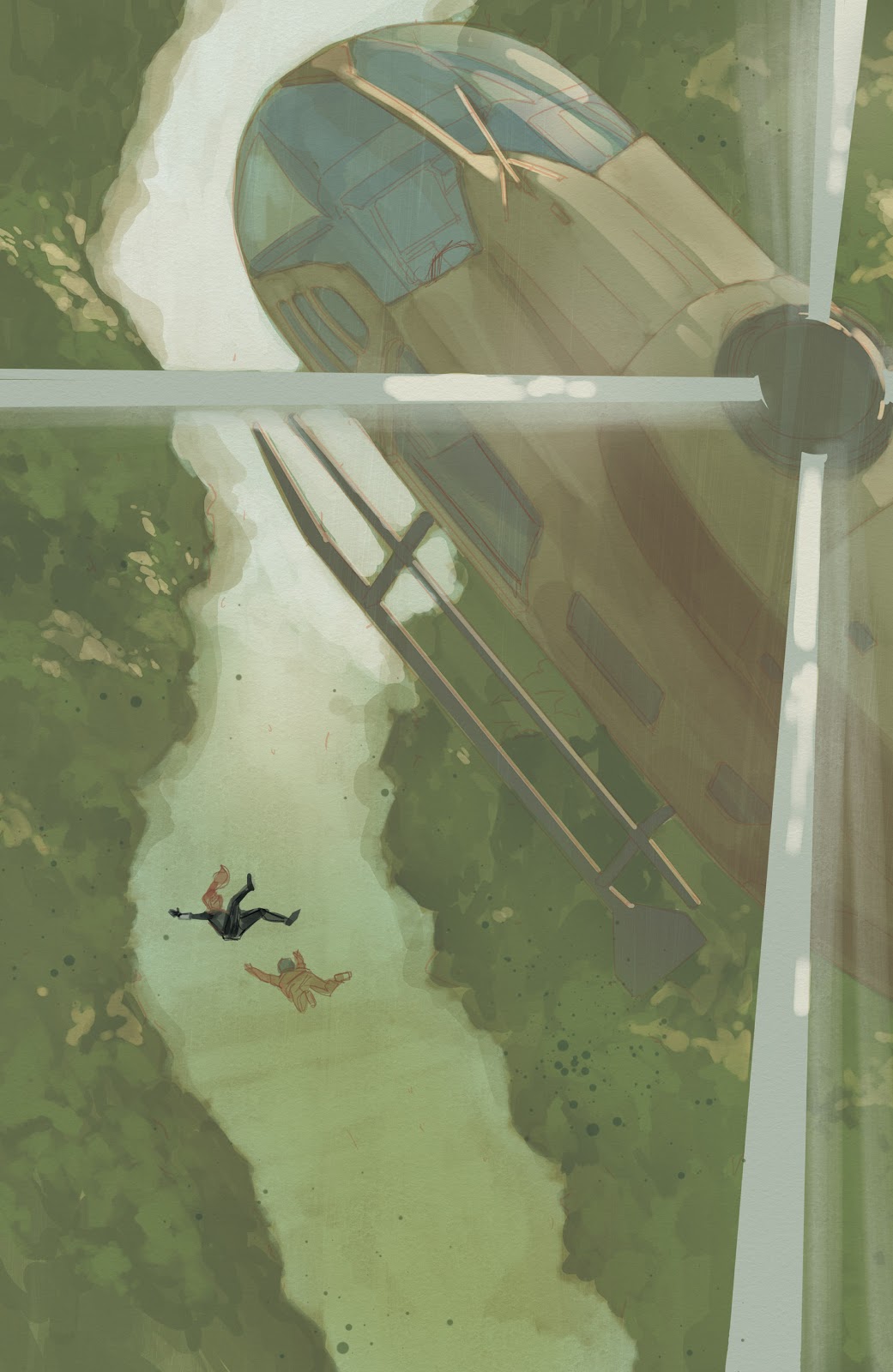 Nathan Edmondson and Phil Noto’s run on Black Widow is everything we could want in Black Widow movie. It’s got all the perfect pieces and would truly elevate Black Widow’s role in the Marvel Cinematic Universe.