Madeleine L’Engle’s A Wrinkle in Time is one of those books most American children are exposed to. The kind of approachable and fantastical story that most places deem appropriate for children of a certain age. Children are the stars and the audience. Unfortunately, that is the problem with Ava DuVernay’s adaptation of the book. The most recent entry in the Disney empire is a beautiful film most of the time. But that’s not new. Audiences are no longer drawn solely to the splendor of magic on the big screen.

Though splendor is what A Wrinkle in Time excels at the longer the film spends exploring it’s different worlds the more apparent its faults become. It requires too much emotion from young actors not up to the task and brings about a neat and tidy ending much too quickly. The bag of trick empties and audiences are left with a film that needed a lot of fine-tuning. A lot of the acting feels much too stiff, or sometimes overacted. Some of the writing is too simple or sometimes much too eloquent for the mouths of supposedly frightened children.

But it’s got a wonderfully positive story as well. That’s one of the best takeaways from A Wrinkle in Time. The film is updated for modern times and yet includes timeless lessons kids need to hear. Expanding your imagination through the eyes of creation is something wonderful to watch. But even after seeing something so beautiful, it can leave you feeling hollow. 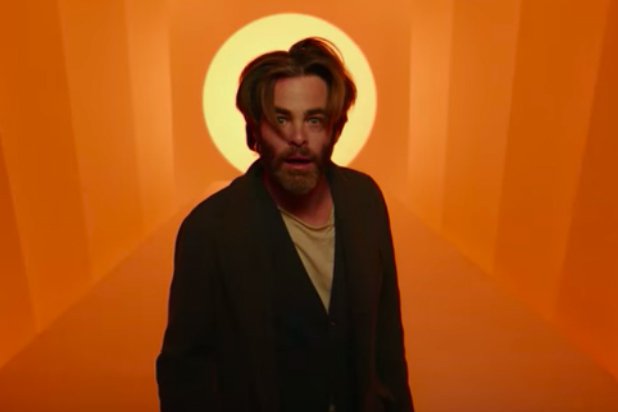 Chris Pine in “A Wrinkle in Time” – Disney Studios

Ava DuVernay is a fantastic director. If this movie truly was made for the $108 million dollar budget that is listed than that is almost unbelievable. It’s a testament to just how much preparation and imagination factor into a massive studio blockbuster. Cinematographer Tobias Schliessler and DuVernay put together a beautiful set of worlds for these kids to explore and help create. The color palette will inspire kids and make the movie memorable.

Other sequences shine as well. Meg’s creation sequence as well as another featuring some talking flowers is captivating. To the target audience, it draws the eyes to the screen. While the same will happen for adults, the eyes won’t linger as long. The story is poorly paced and struggles to recover from a meandering second act that goes from feeling slow to rushed. It leads to a fairly typical CGI ending that ditches some of the more interesting aspects of the final foes.

The first 30 minutes are a good introduction. It introduces audiences to Meg’s life and circumstances before showing her something completely new. The momentum doesn’t last long. 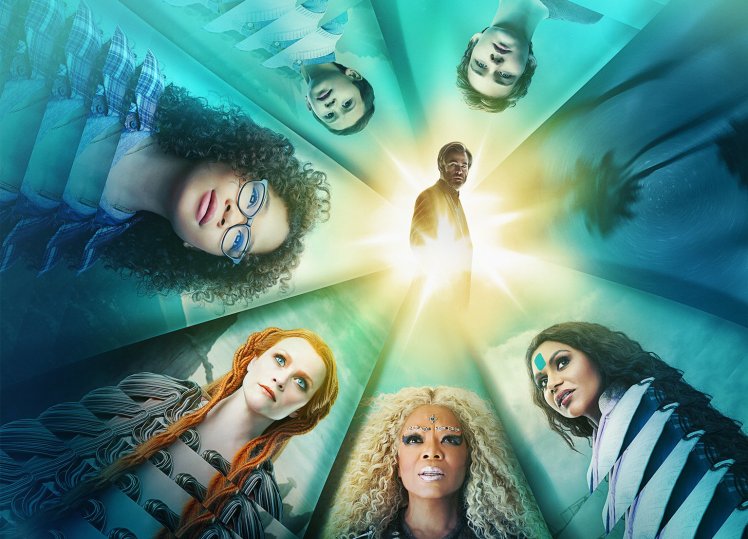 Actors make or break a film especially when it comes to the likes of science fiction or fantasy. They have to truly believe they’re looking at something wonderful; they have to truly believe they are in danger. The adults are having a good time in this film. Though it can verge on overacting, that’s almost the point. Dustin Hoffman as Captain Hook in Hook is some of the best overacting of all time. Oprah in particular shines in her role as Mrs. Which. She helps to sell this beautiful and wonderful fantasy world.

But the younger actors don’t stand up to such scrutiny. Stormy Reid stars as Meg Murry, a child bullied due to the 4-year disappearance of her Father, played by Chris Pine. As the star, Reid gets to lead this amazing adventure across weird and wonderful landscapes. But sometimes it feels like audience members will be more amazed with the visual effects than she was with the fantastical world she was experiencing. Shia Lebouf once said that only after the first Transformers movie did he really understand what was needed from an actor working with non-existent characters. It’s difficult to look at a green screen or a set and believe they’re something else.

But that’s the job. That’s why these films get made. Unfortunately, the young cast are unable to maintain their sense of awe through the more emotional and difficult parts of the film. It makes it hard to empathize or care when their performances are rigid and obvious.

It may not seem like it, but these films don’t get made very often. Most big-budget blockbusters are superhero or disaster flicks aimed at teens and young adults. Only the likes of Spielberg or Disney are in the business of making films for kids, starring kids. Yet those are the films you remember most when you grow up.

Because you were that child.

That’s the intention of Ava DuVernay’s A Wrinkle in Time. To create a story that stays with you from your early childhood til the end of your days. But instead, the film needed much more polish. A wandering second act keeps the film from building real momentum. Emotional scenes with actors incapable of performing can leave entire chunks of the film feeling like a missed opportunity. It gives the impression that only actual toddlers can enjoy this film. That’s not going to help the box office when parents are trying to decide what kind of film the entire family can enjoy.

A Wrinkle in Time has great lessons to teach and wonderful worlds to explore. Plenty enough to entertain kids and possibly enough to keep their guardians entertained for a couple hours. But with this incredible cast, under this incredible director and with this legendary studio this film should have been so much more.