The digital comic Be Heard! is created by Kai Texel. The four page comic (seen below) details two young women preparing to participate in school walk out. The two are making signs and discussing what is and isn’t appropriate to put on those signs. The Comic Book Legal Defense Fund describes the comic as outlining “best practices to help kids assert their rights to speech, protest, assembly and petition, warns about risks, and provides resources to get more help.”

Judy Blume of the National Coalition Against Censorship praised the comic, “This comic book feels just right. It’s so important to support and encourage kids on issues that affect their own lives and their country.”

Neil Gaiman who co-chairs the Comic Book Legal Defense Fund’s advisory board explains, “In the US, freedom of speech is paramount. The First Amendment states that you can’t be arrested for saying things the government doesn’t like. It’s important that students everywhere know that they have the right to be heard. This comic will help provide them with practical tools to raise their voice.”

Abena Hutchful, the coordinator of NCAC’s Youth Free Expression Program and Kids’ Right to Read Project added her own thoughts, “Whether students choose to participate in this national movement or not, whether they walk out into the hallway or march to their Senator’s office, whether they wear orange or write an op-ed for the school paper, this moment is the ultimate First Amendment lesson. We hope that teachers will engage with their students in productive ways and we want to make sure that students know what is–and is not–protected protest speech in schools.” 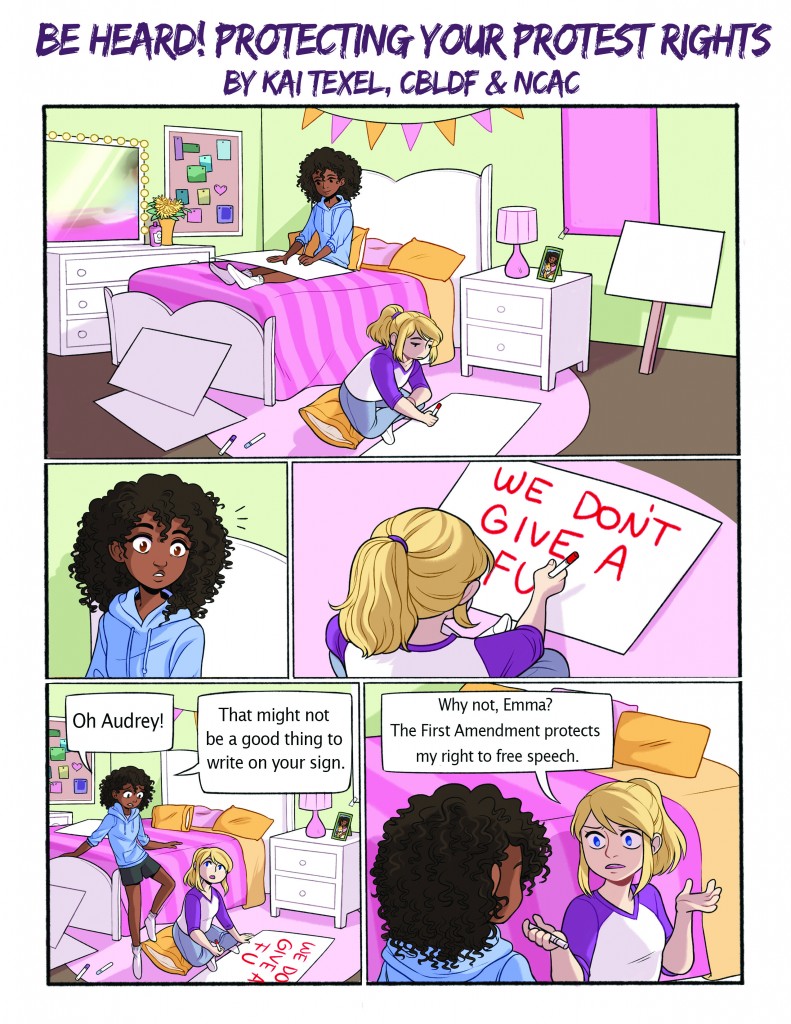 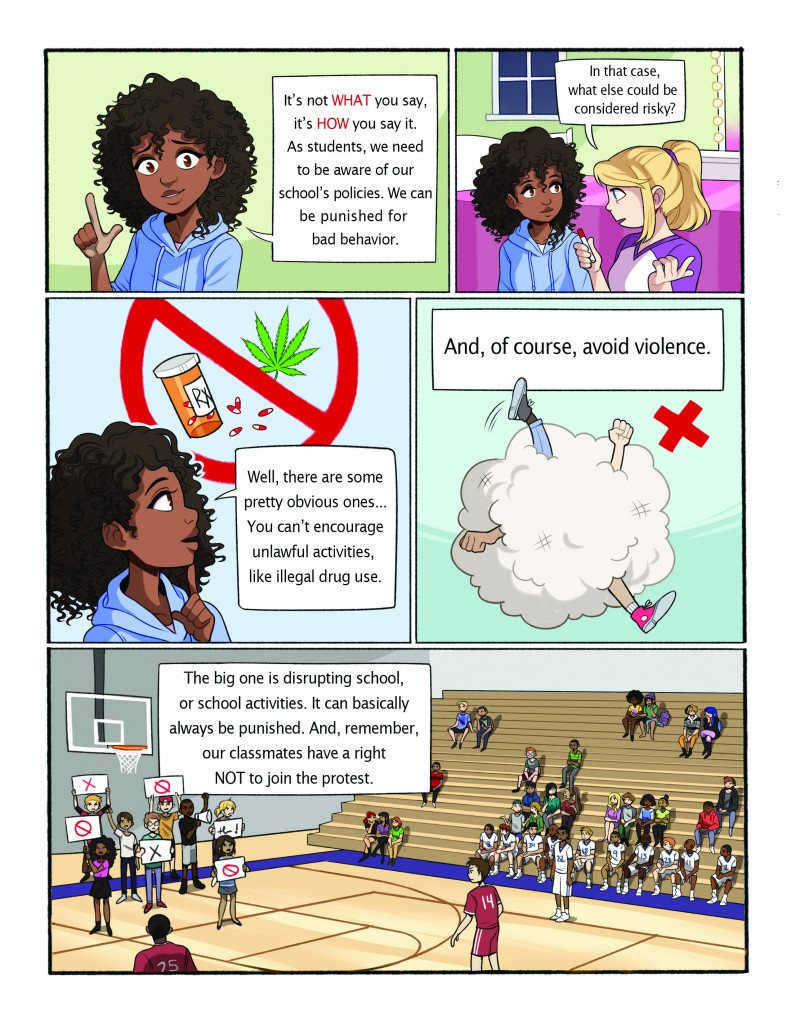 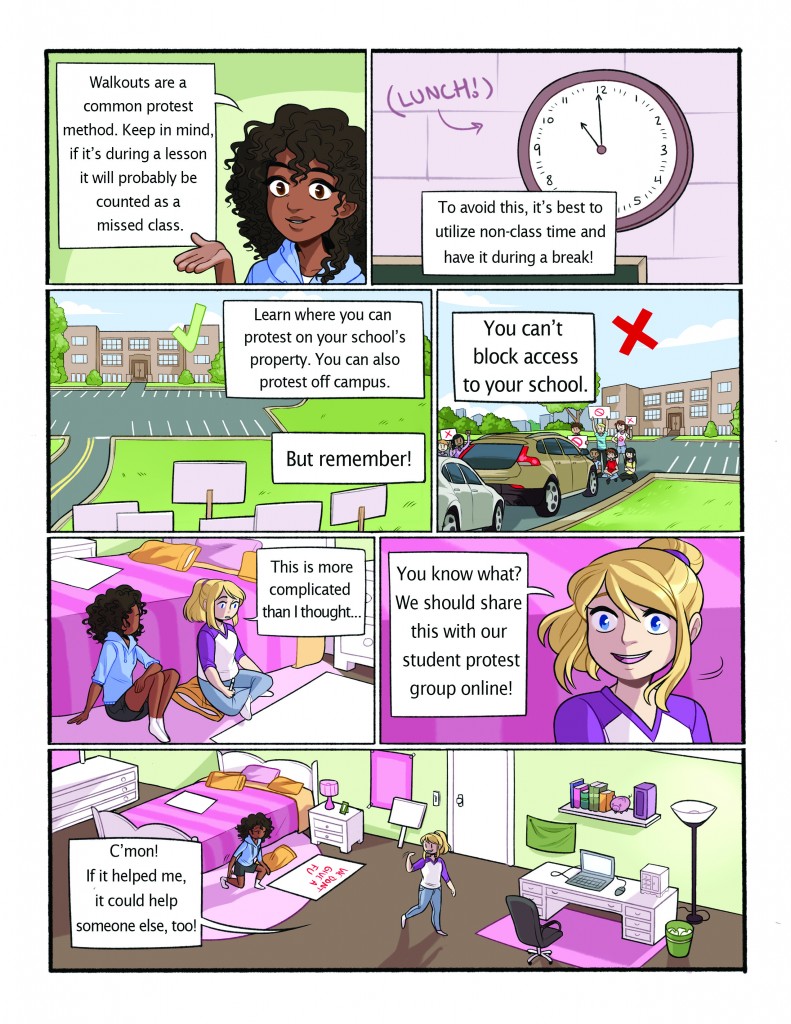 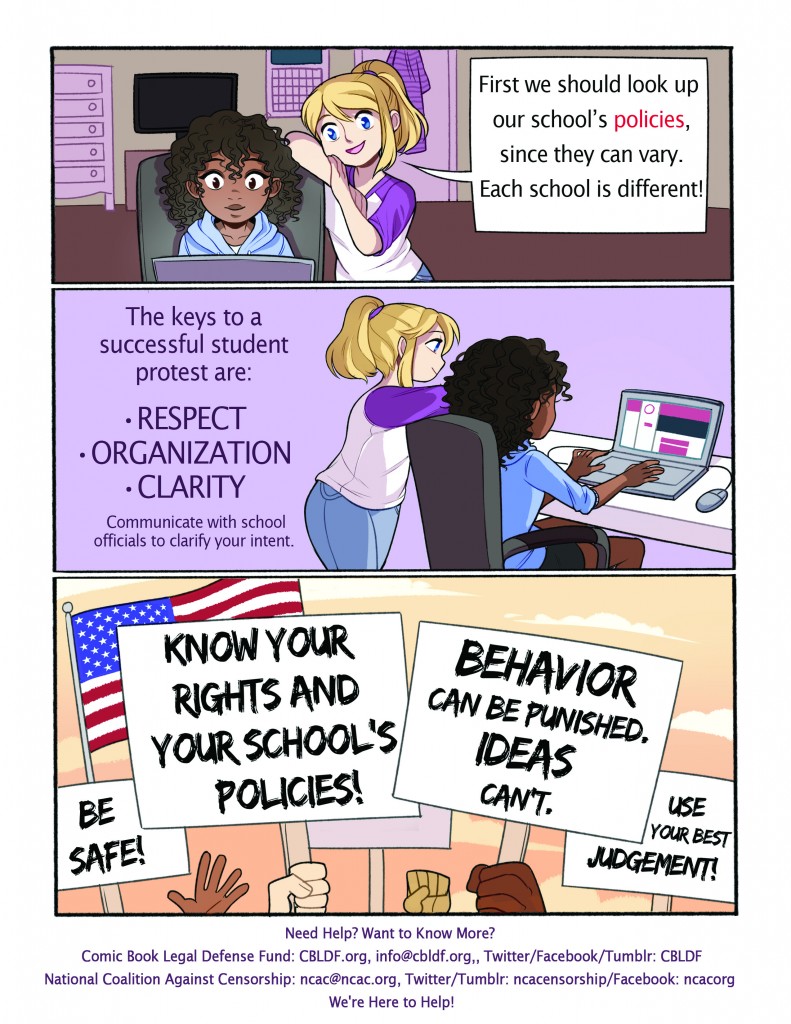 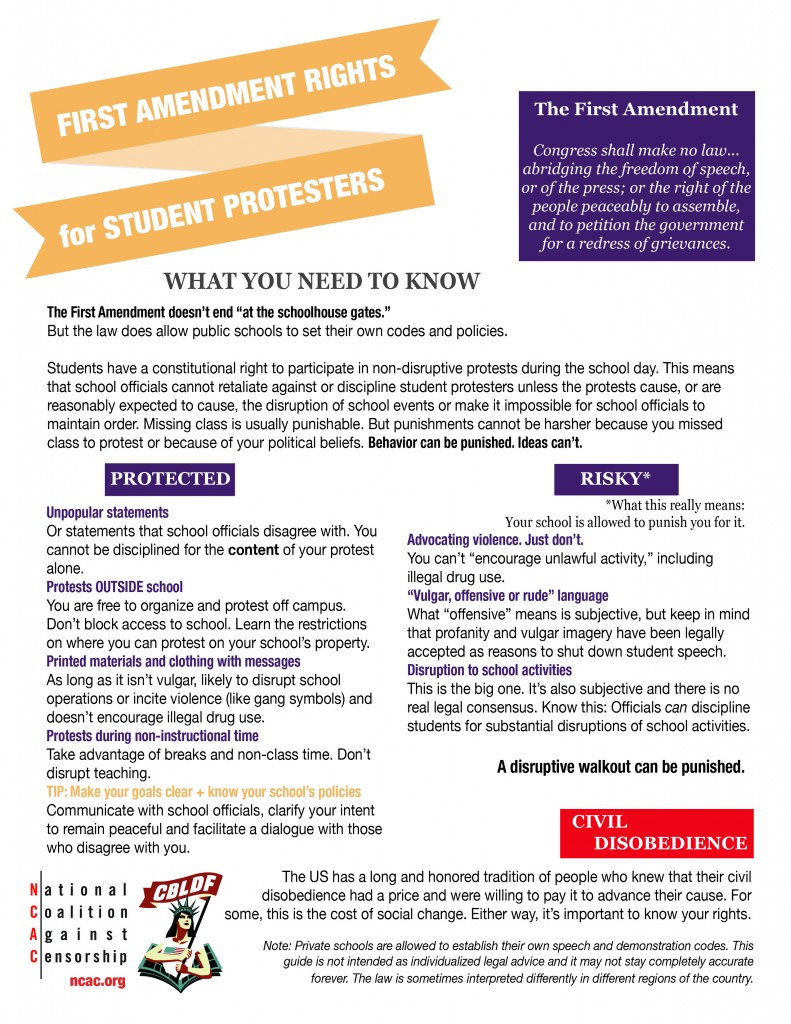 National School Walkout will take place on March 14, 2018. The event calls for “students, teachers, school administrators, parents, and allies to take part in a #NationalSchoolWalkout for 17 minutes at 10am across every time zone on March 14, 2018.” It is organized by Women’s March Youth EMPOWER who says the walkout is to “protest Congress’ inaction to do more than tweet thoughts and prayers in response to the gun violence plaguing our schools and neighborhoods.” However, the event reveals their real agenda in the last paragraph, “Congress must take meaningful action to keep us safe and pass federal gun reform legislation that address the public health crisis of gun violence.”

Fox News reports over 185,000 students will be participating in the event.

I find it really interesting that the Comic Book Legal Defense Fund is trying to use the First Amendment to support an event that appears to be specifically created to leverage a tragic school shooting to protest the Second Amendment of the United States Constitution.

What do you think? Do you think the Comic Book Legal Defense Fund should be supporting this event?