In The Flash #42 by Joshua Williamson and Dan Panosian, Gorilla Grodd has taken over Central City. The citizens have been frozen and only the forces of Wally West, Kid Flash,  Avery Ho, the Chinese Justice League’s Flash, and Godspeed stand against him. However, Grodd also has Meena, the Negative Flash, Multiplex, and Raijin, the God of Lightning, on his side.

Barry Allen is determined to get his powers back after Gorilla Grodd stole them in the previous issue. He believes reacquiring his powers is also the only way to defeat Gorilla Grodd. He believes the Flash team needs him back in action. And he’s willing to do whatever it takes to stop Grodd. He breaks Godspeed out of prison in the hopes of using him to distract Grodd while he enacts a strategy which involves placing a wand into a lightning rod tower. 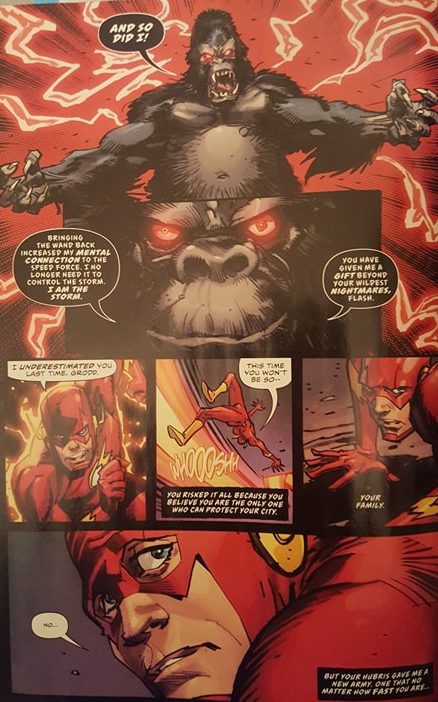 Grodd describes Barry’s folloy as “a gift beyond [Barry’s] wildest nightmares.” Because not only is Grodd the Speed Force storm, but he also now telepathically controls all of Barry’s allies including Wally West, Kid Flash, Avery Ho, and Godspeed. Grodd describes them as “a new army. One that no matter how fast you are…you can’t possibly defeat.” 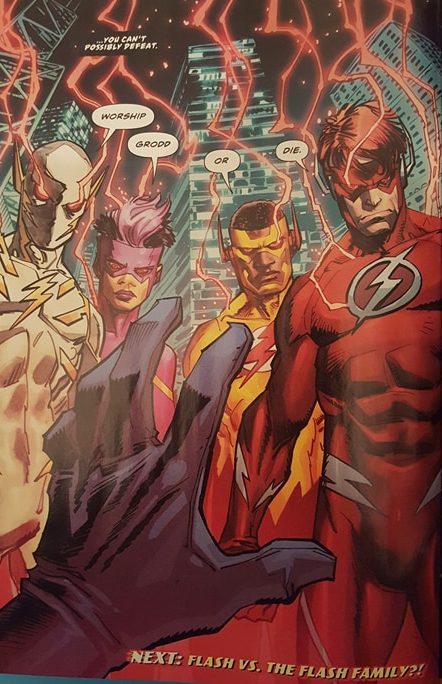 You could say Barry screwed up big time all because he believed he was the only one who could save Central City and he desperately needed his powers to do so.