Disney-Pixar’s Incredibles 2 is just around the corner. Not only will the superhero family be making their return to the big screen this year, but they will also be featured in a brand new Dark Horse graphic novel as well as a new three-issue comic series.

First Dark Horse will drop a brand new graphic novel for younger readers called Disney-Pixar’s Incredibles 2: Heroes at Home. The story will see Dash and Violet trying to help their Mom and Dad at home while Mr. and Mrs. Incredible take on “new and very different jobs.” However, it won’t be all chores and homework for Dash and Violet. While the two are out on a routine grocery trip they will have to go into Super mode when they run across criminal activity. But when they do get back home, they will have to deal with their mischievous little brother Jack-Jack!

Next will be a three issue comic book series titled Disney-Pixar’s Incredibles 2: Crisis in Mid-Life! & Other Stories. The series will be written by Christos Gage and Landry Q. Walker. It will feature art by Gurihiru, J. Bone, Andrea Greppi, and Roberta Zanotta. 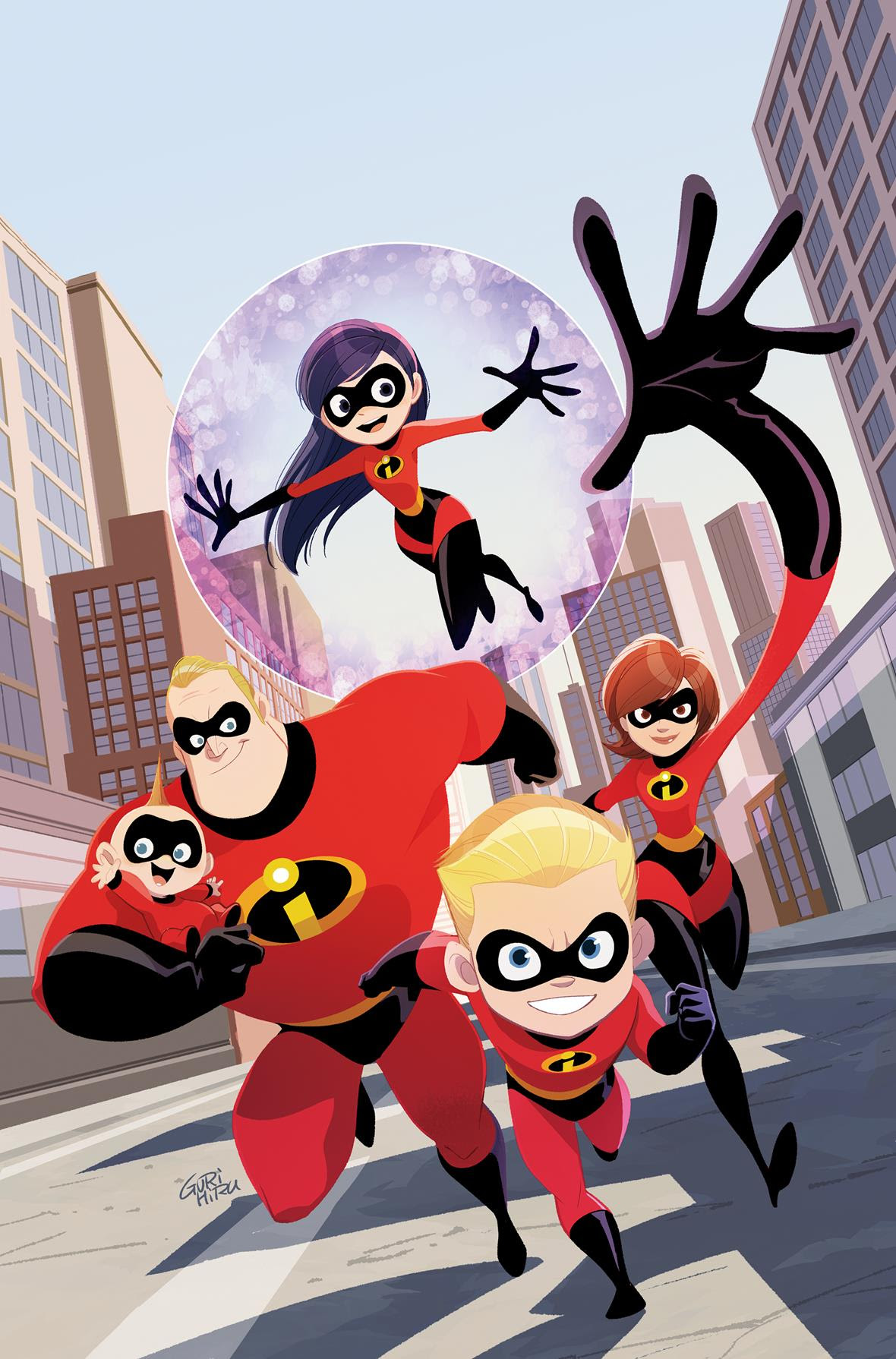 The first issue will feature two separate stories, “Crisis in Mid-Life!” and “Bedtime Story.” In “Crisis in Mid-Life!” Mr. Incredible is dedicated a brand new submarine. However, his dedication ceremony is interrupted by the villainous Bomb Voyage. Bomb Voyage aims to crush the onlookers beneath the submarine. Mr. Incredible struggles to save the day and sees him questioning his super powers. Then in “Bedtime Story” Mr. Incredible tells Jack-Jack a bedtime story from his glory days. However, Violet and Dash don’t believe it as it seems far too amazing to be true. Meanwhile, Jack-Jack has hiw own adventure as he takes a trip to the park and uses his powers to overcome a worthy opponent.