Avengers: Infinity War is getting closer and closer to its premiere date which means we get more and more awesome promotional materials. After Entertainment Weekly’s huge cover story, Empire Magazine will be featuring their own. They’ve released six covers which interestingly lines up with the number of Infinity Stones it requires to power the Infinity Gauntlet. They had previously released a Thanos poster with a fully powered Infinity Gauntlet.

Each of the six new covers also features a different team of superheroes except for one which features Thanos wielding the Infinity Gauntlet. To no one’s surprise Hawkeye is still missing, but I bet we will get a Bosslogic rendition adding him in! 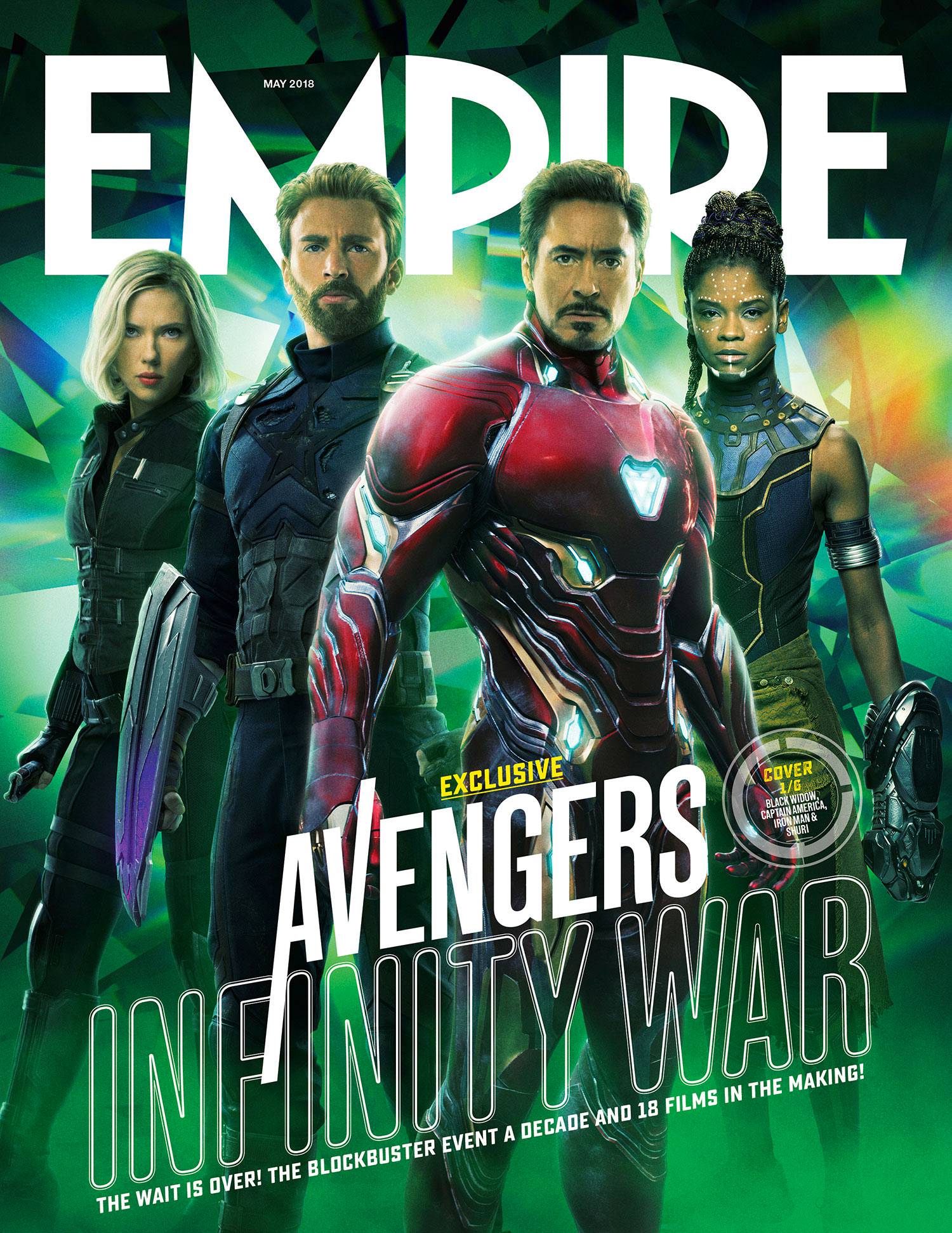 The next one features Doctor Strange, Drax, Scarlet Witch, and Okoye. Doctor Strange still holds the Time Stone within the Eye of Agamotto, but it’s highly unlikely he will hold onto it the entire movie. We’ve seen leaked photos of Ebony Maw stealing it from him. 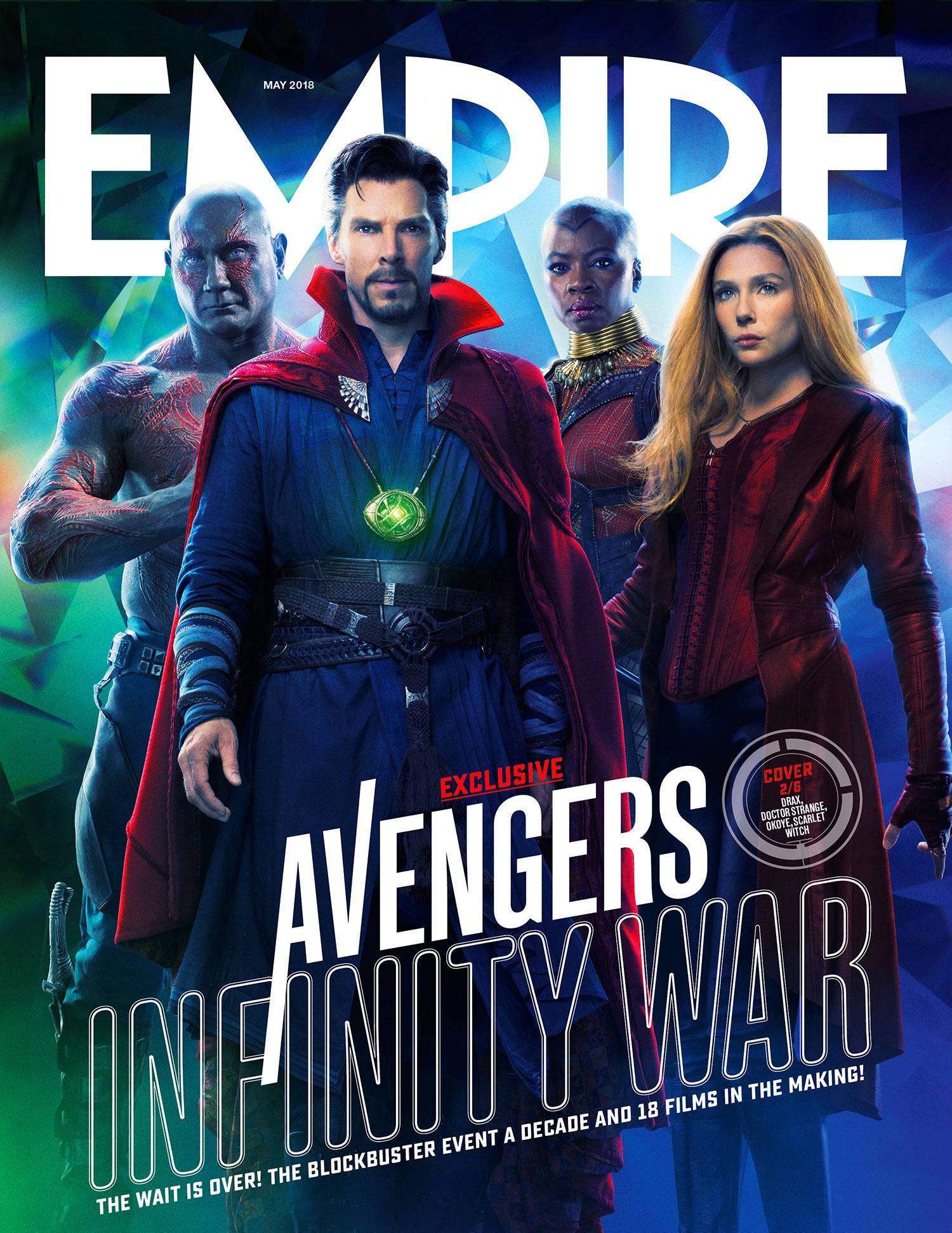 Next up is Black Panther, Bucky Barnes, who now has a new codename, Nebula, and War Machine. 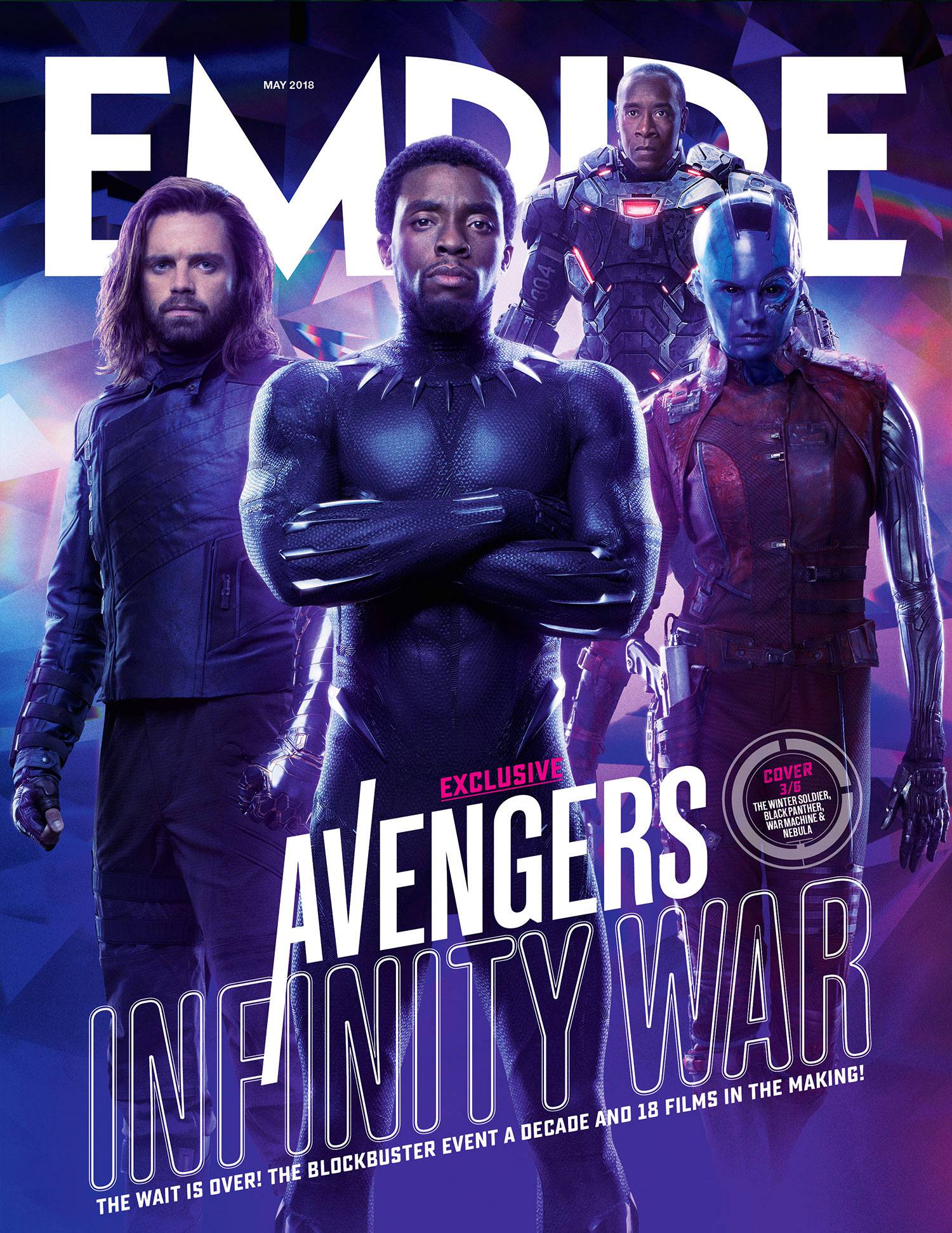 The next cover is a little more crowded with Thor in the center surrounded by Rocket Raccoon, Vision, Mantis, and Groot. Groot still appears to have both his arms attached, but if the rumors are to be believed he will give up one of his arms to create a new weapon for Thor. 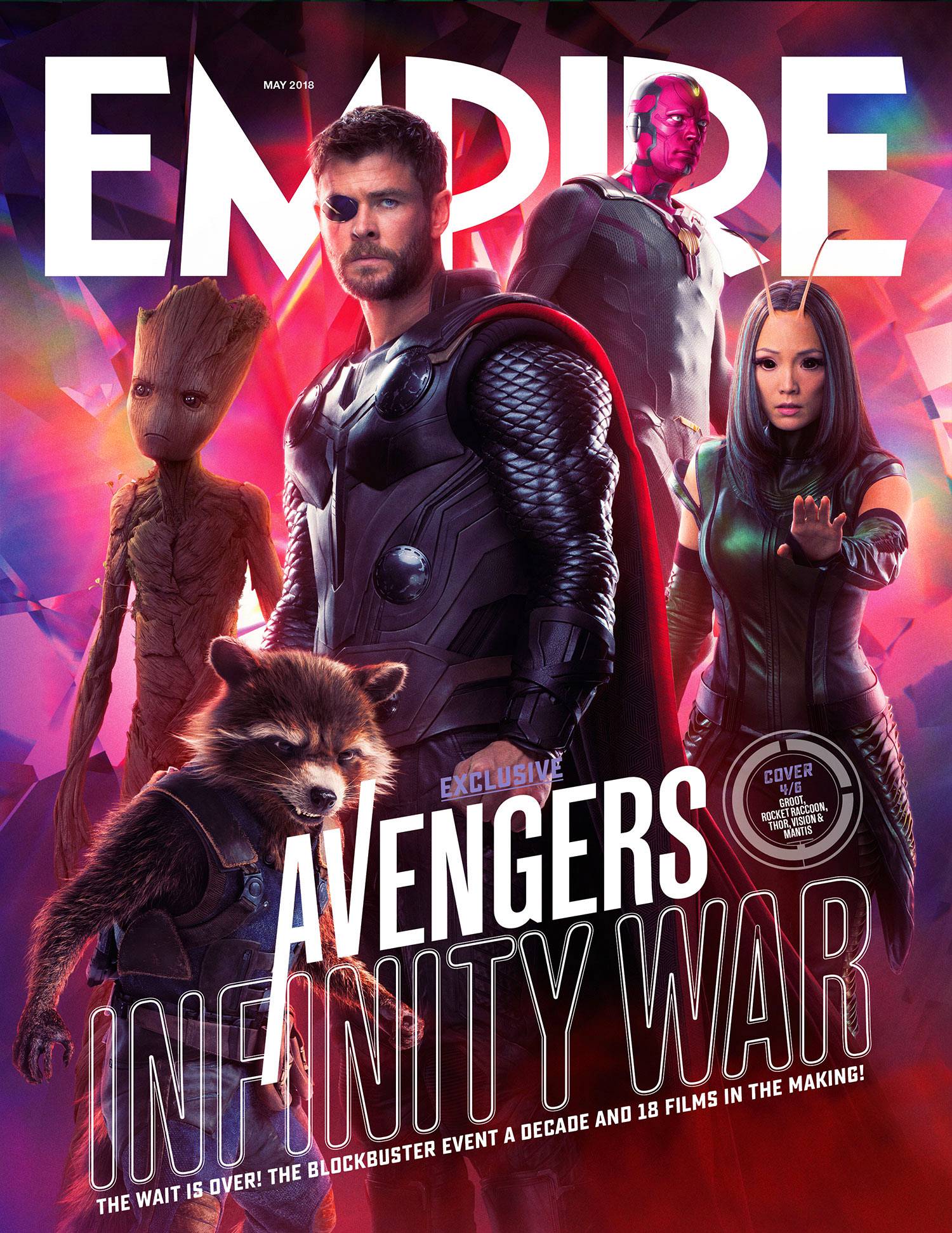 We get another crowded shot with Star-Lord, Gamora, Hulk, Spider-Man, and Falcon. 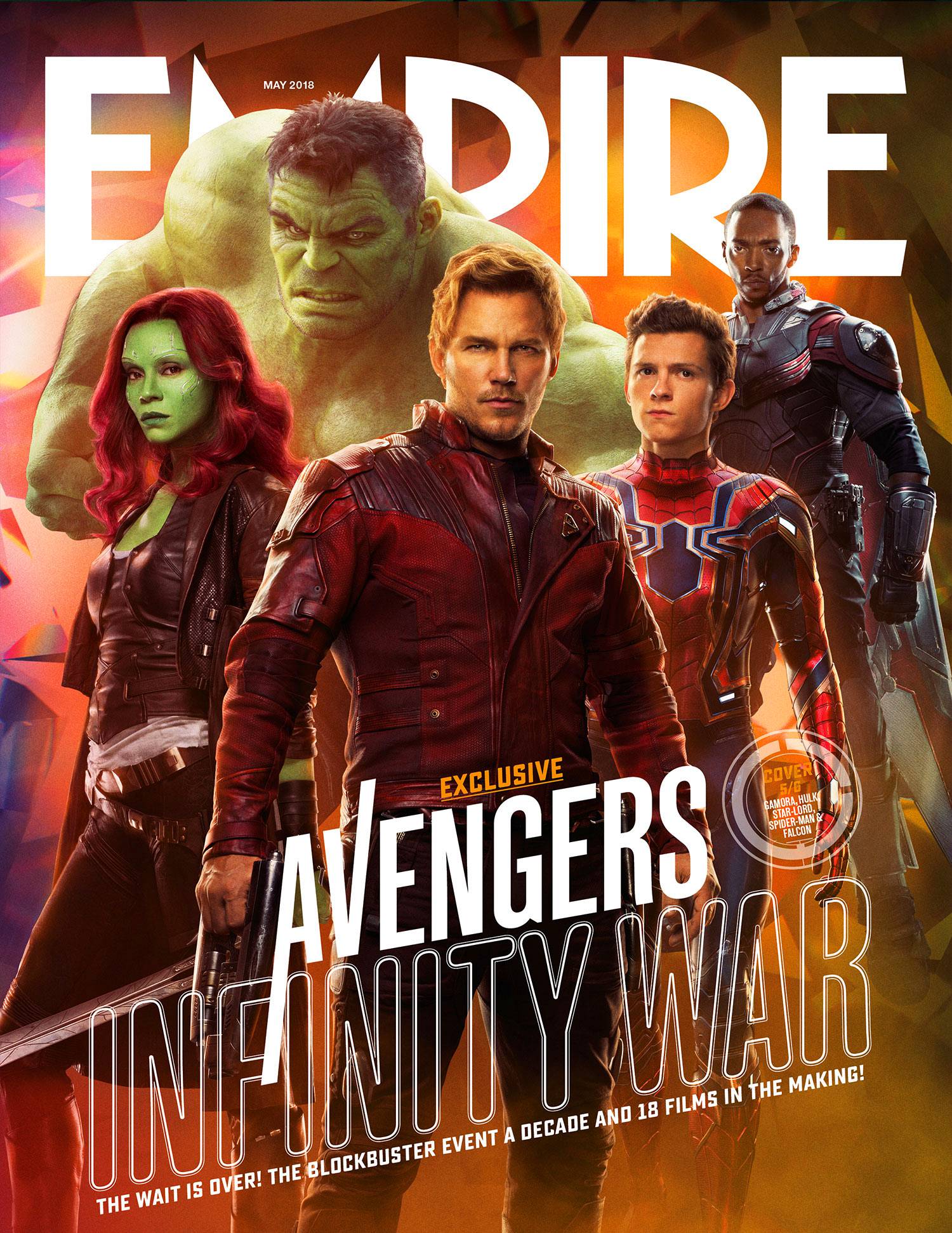 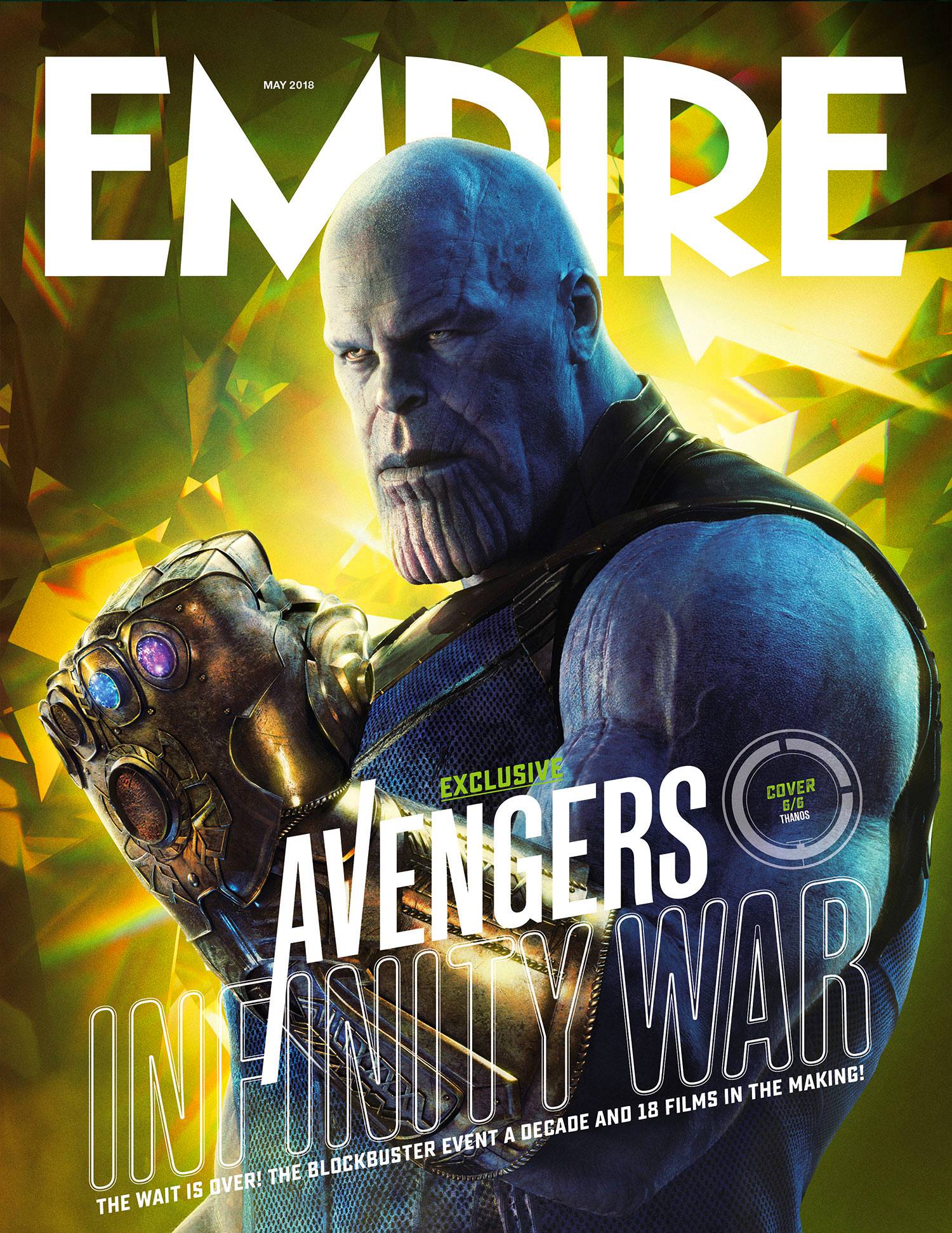 What do you make of these covers. Are you excited to see these teams in action? Which team do you want to see the most of?