**Warning Spoilers for Thanos #17 Below**

In the pages of Thanos #17, Donny Cates and Geoff Shaw see Thanos face off against one of his mightiest challenges in The Fallen One or Norrin Radd, the former Silver Surfer, who now wields Mjolnir. But he has a few tricks up his sleeves. In the Thanos #16, The Fallen One leads the Annihilus hordes against the future Thanos, his present-day counterpart, and the Cosmic Ghost Rider. However, the entire Annihilus horde is destroyed by the Cosmic Ghost Rider. That leaves just The Fallen One to face off against two Thanos’ and the Cosmic Rider.

After landing a devastating blow on Norrin Radd, the Hulk plans to kill The Fallen One. However, The Fallen One will not be surprised again. He grabs the Hulk by the throat absorbs a number of his brutal blows and forces him to revert to Bruce Banner, and old and weakly man. 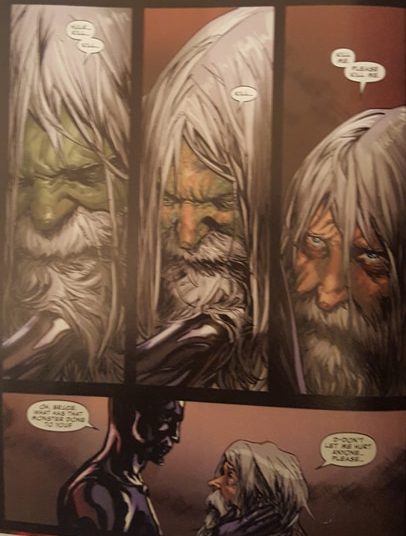 But while The Fallen One is dealing with the Hulk, both versions of Thanos are taking advantage of the battlefield. The Old Thanos has positioned himself behind The Fallen One using his younger version as a distraction. He then takes the sword of Surtur and plunges it through the backs of both Bruce Banner and Norrin Radd. 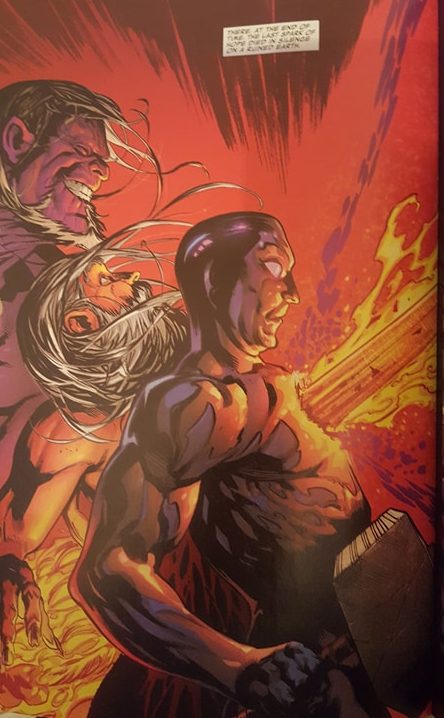 The older Thanos then tosses Bruce Banner’s dead body into the rubble leaving him to rot. 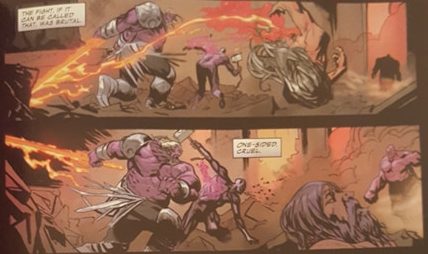 The slave who feasted on the body of Captain America is simply tossed aside after he is no longer of use to Thanos.