Avengers: Infinity War is just a little over a month away and the hype is reaching peak levels. We learned an absolute buttload of information during Entertainment Weekly’s cover story and now we are learning even more as Empire Magazine releases a number of photos featuring the Avengers, the Guardians of the Galaxy, Thor, Thanos, and more. 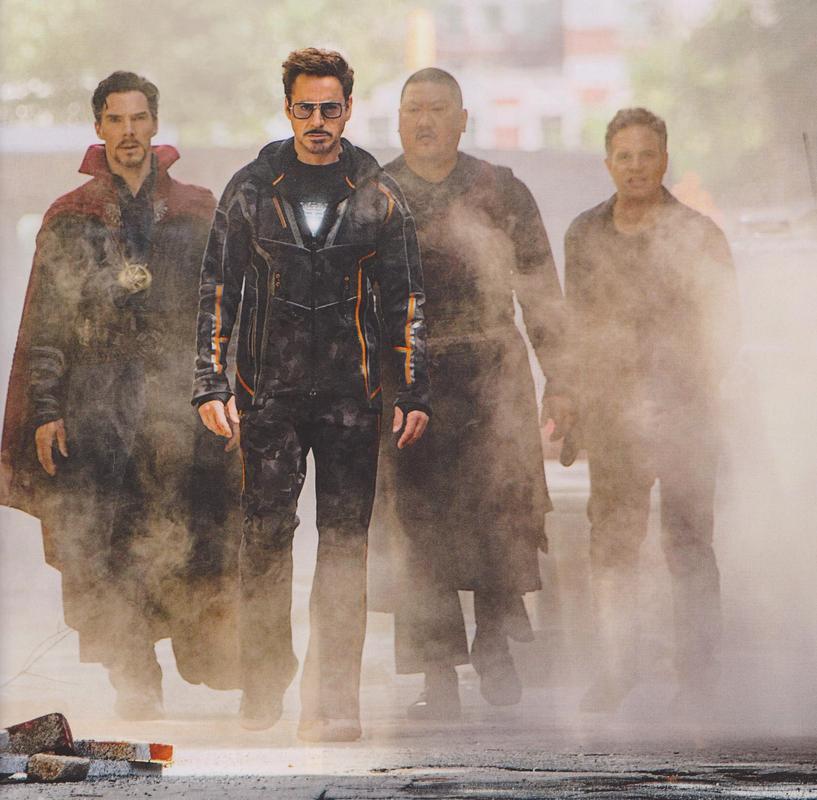 Iron Man, Doctor Strange, Wong, and Bruce Banner unite as they look to face a new threat that comes to Earth. It’s unclear whether this attack on New York City will actually involve Thanos or it will be his Black Order launching the first strike to obtain the Infinity Stones. 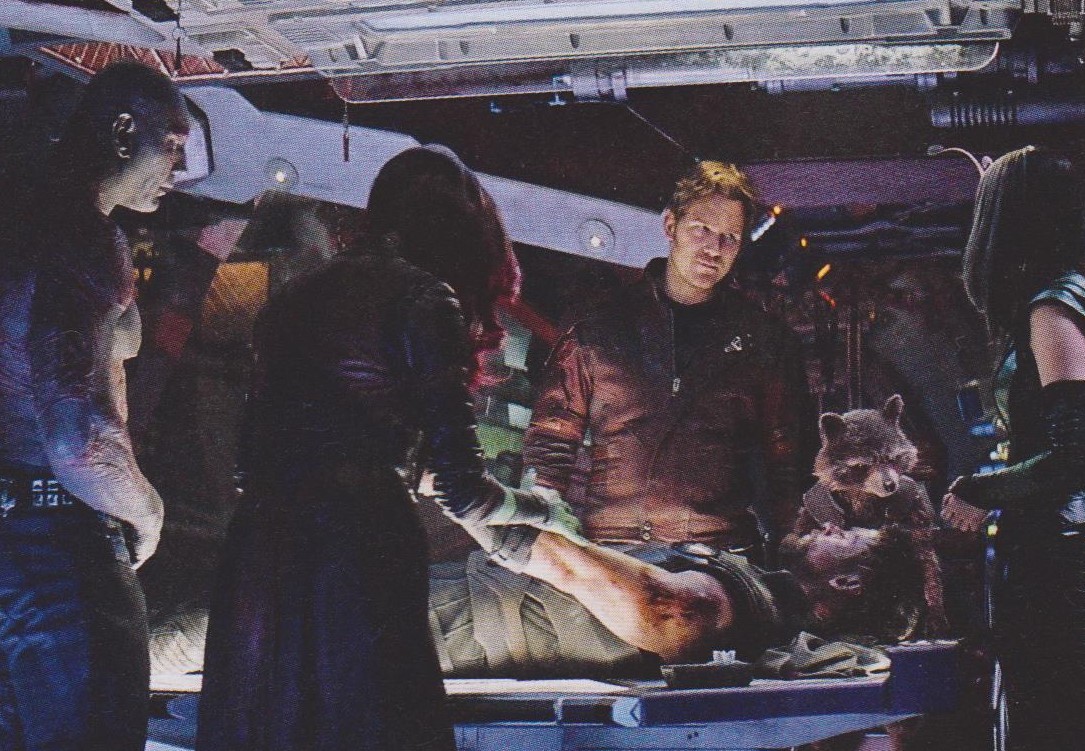 The Guardians of the Galaxy are taking care of Thor after Thanos attack on the Asgardians. We saw Thanos crushing his head so there’s a good reason he looks like he is in a coma. 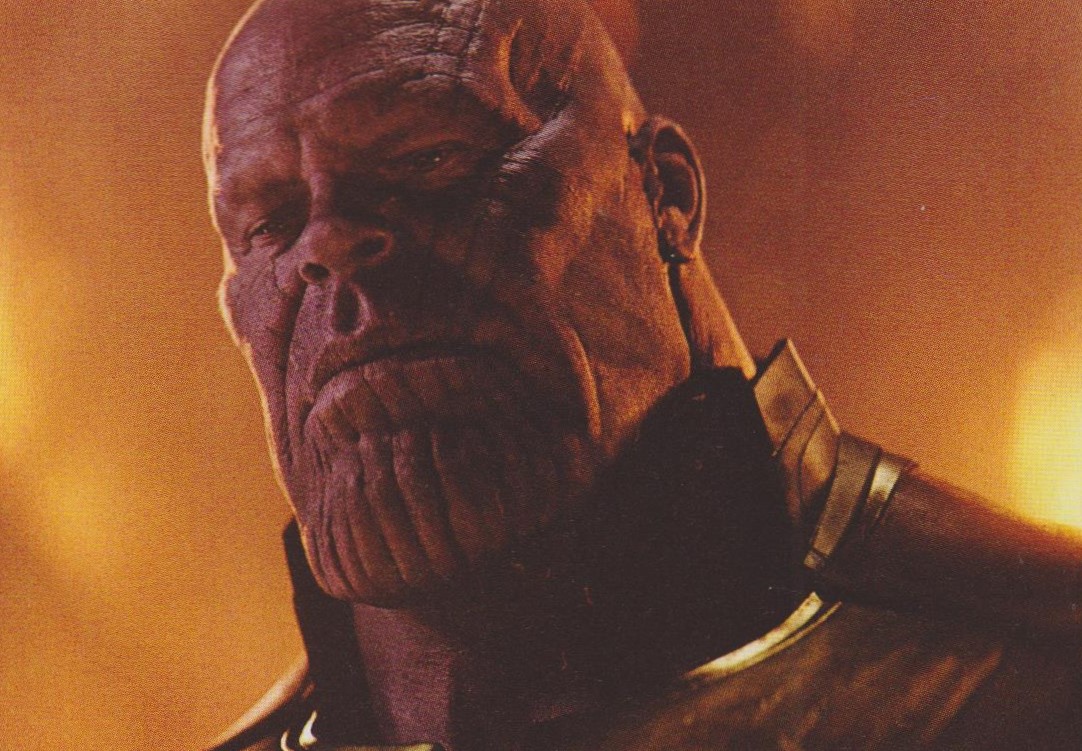 This shot gives us a clear shot of Thanos. You can see an almost deep, burning fire boiling in his eyes as flames appear to roar in the background.

Falcon Takes to the Skies 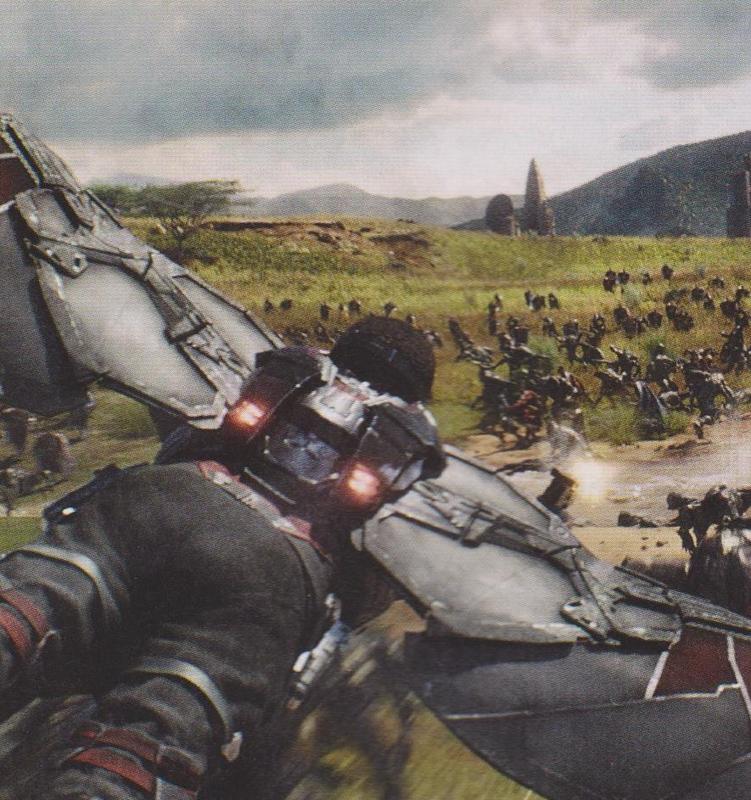 Anthony Mackie’s Falcon brings down the boom on Thanos’ Outriders as he defends Wakanda from Thanos’ horde. 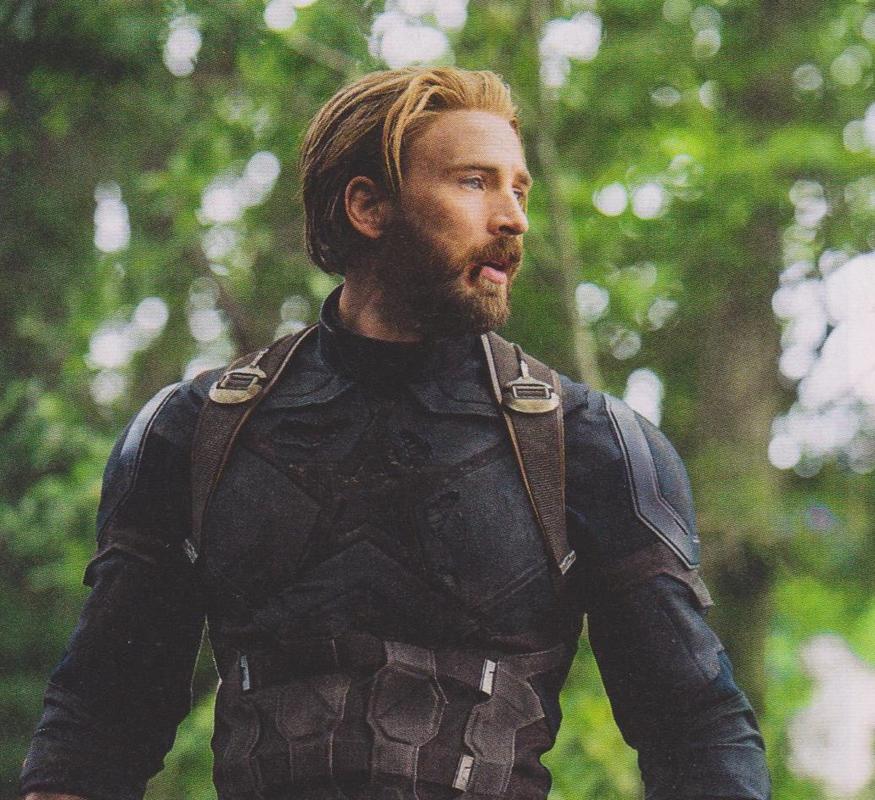 Captain America looks a little rough for wear in this photo. You can see blood in his beard and his outfit has a number of tears in it as he appears to overlook the battle. It’s unclear if this is before or after Thanos is seen attempting to crush Captain America in ground beef. 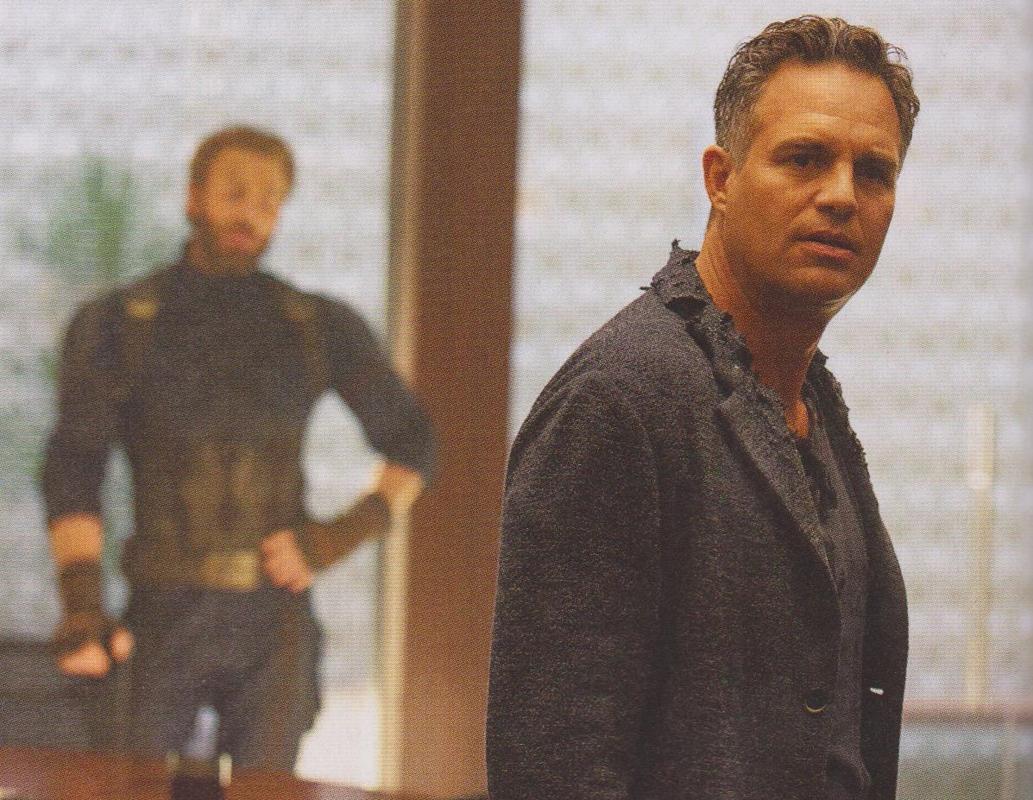 Bruce Banner has seen better days. His coat looks rather torn. He’s also got a much shorter haircut which pairs with what we’ve seen from the Hulk. 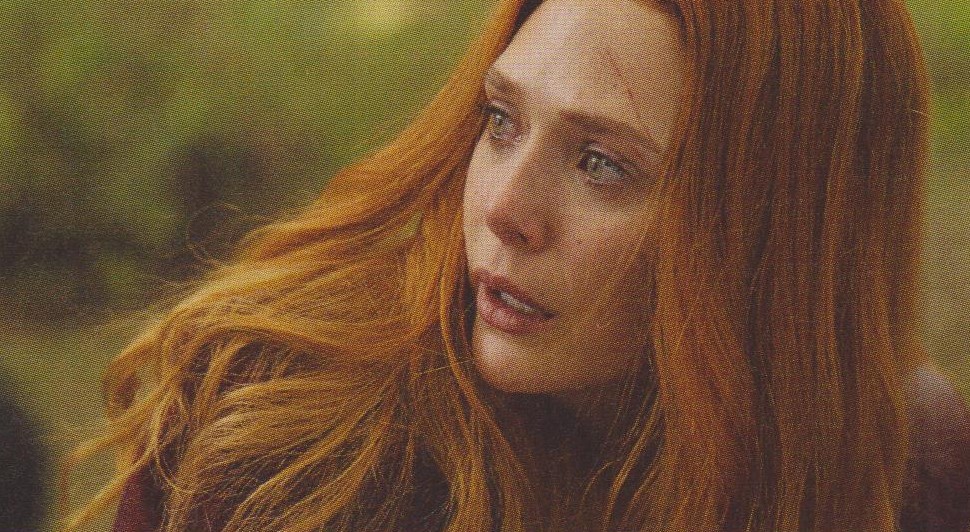 Scarlet Witch is looking beaten down. She’s got a cut on her forehead and the expression on her face is that of someone who has been beaten. Could we be witnessing her seeing Vision be captured in this scene? 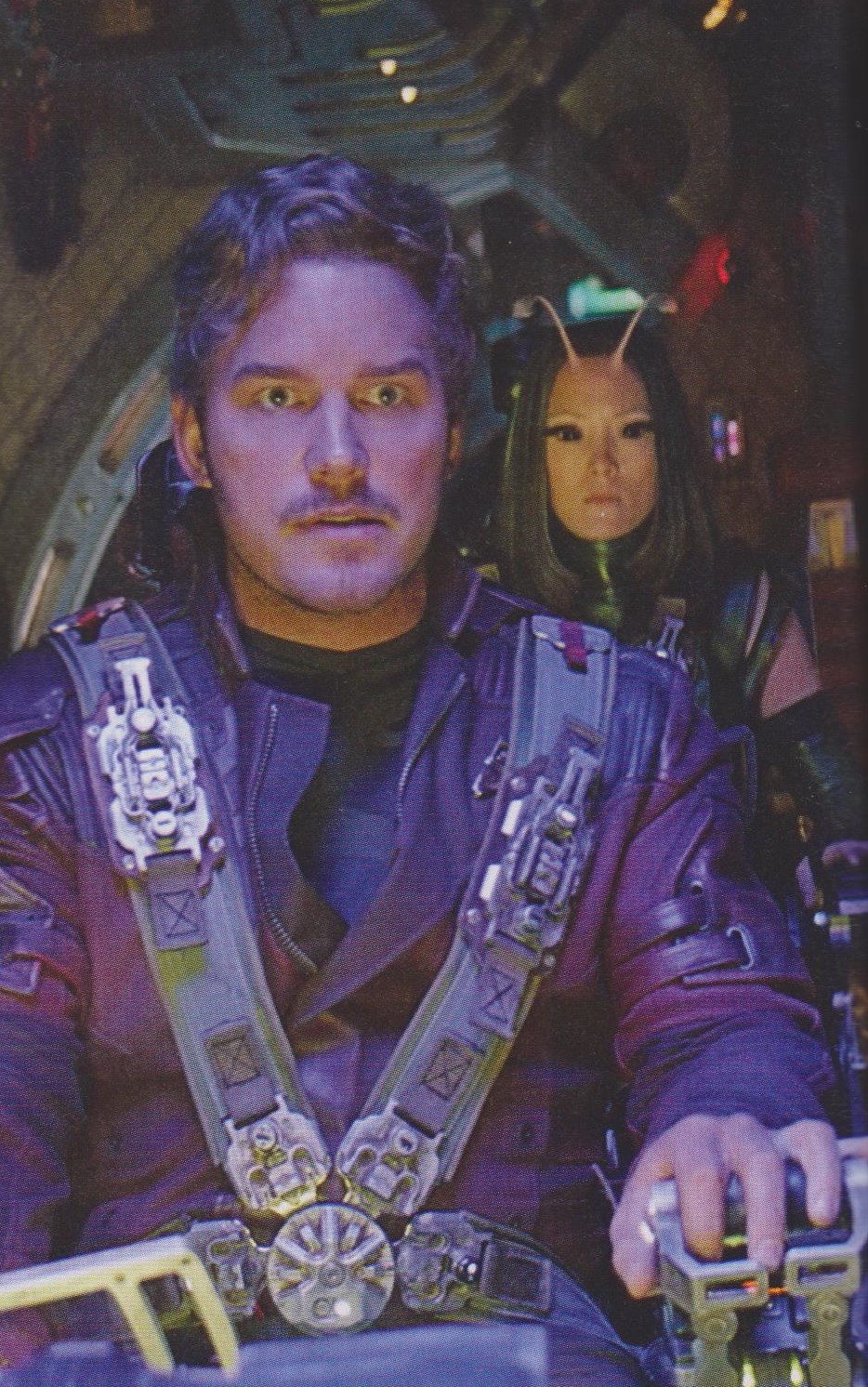 Star-Lord does what Star-Lord does best as he pilots what appears to be a starship with Mantis in toe. It’s possible the Guardians split up after saving Thor and Star-Lord goes to seek out the Avengers on Earth. 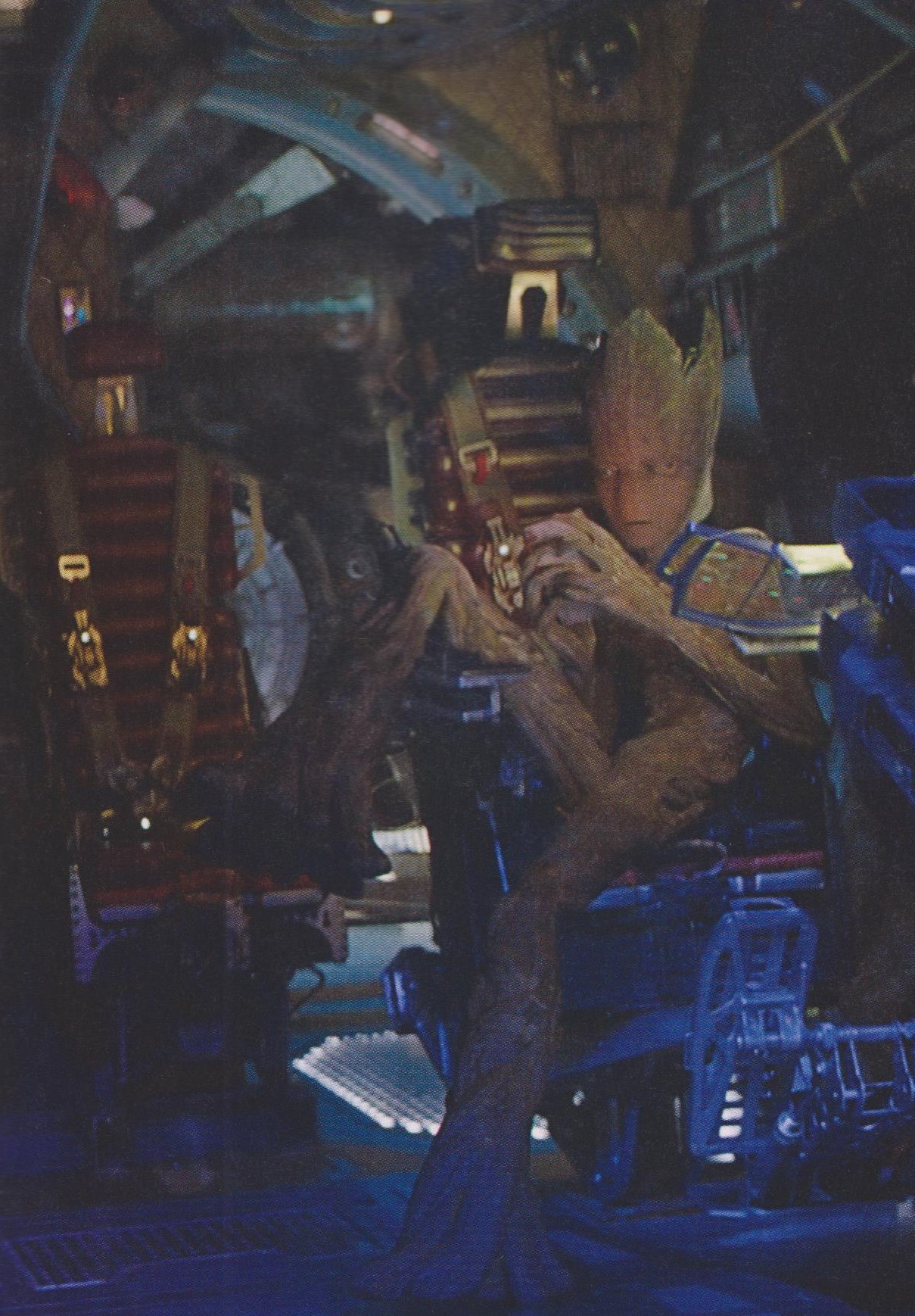 Groot looks pretty relaxed and comfortable as he is maybe pondering something the other Guardians are telling him.

Iron Man Does the Heavy Lifting 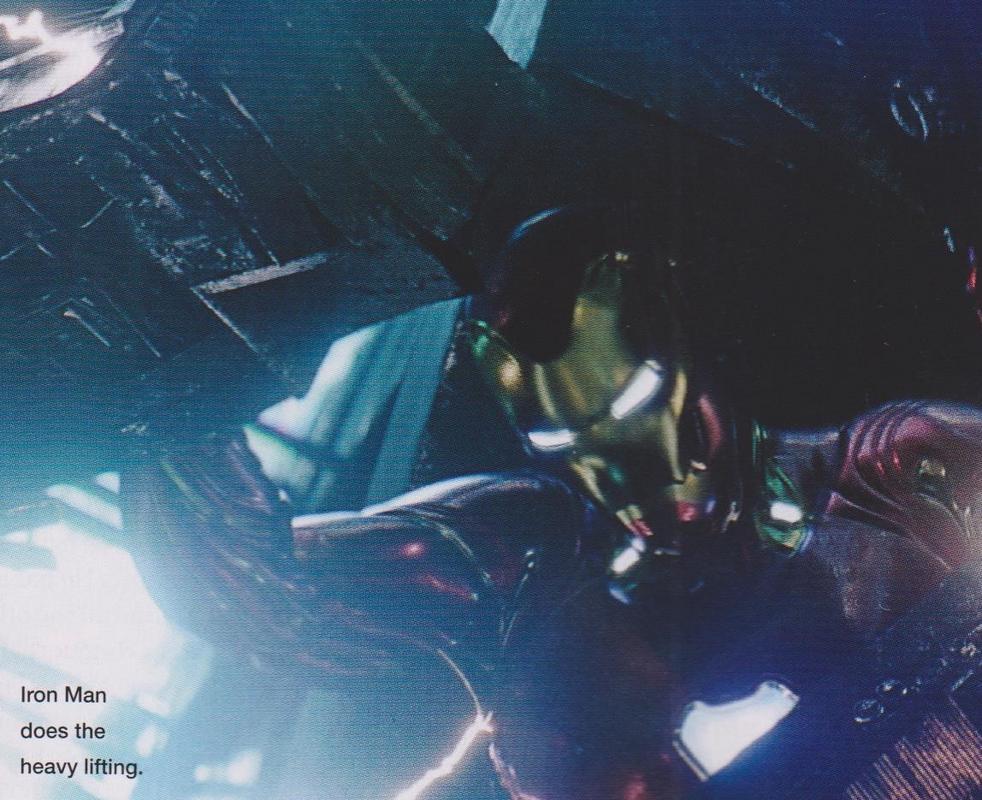 Iron Man is definitely getting to flex his new suit’s muscles as he attempts to stop a door from closing. Could he be trying to sneak on board Thanos’ ship? 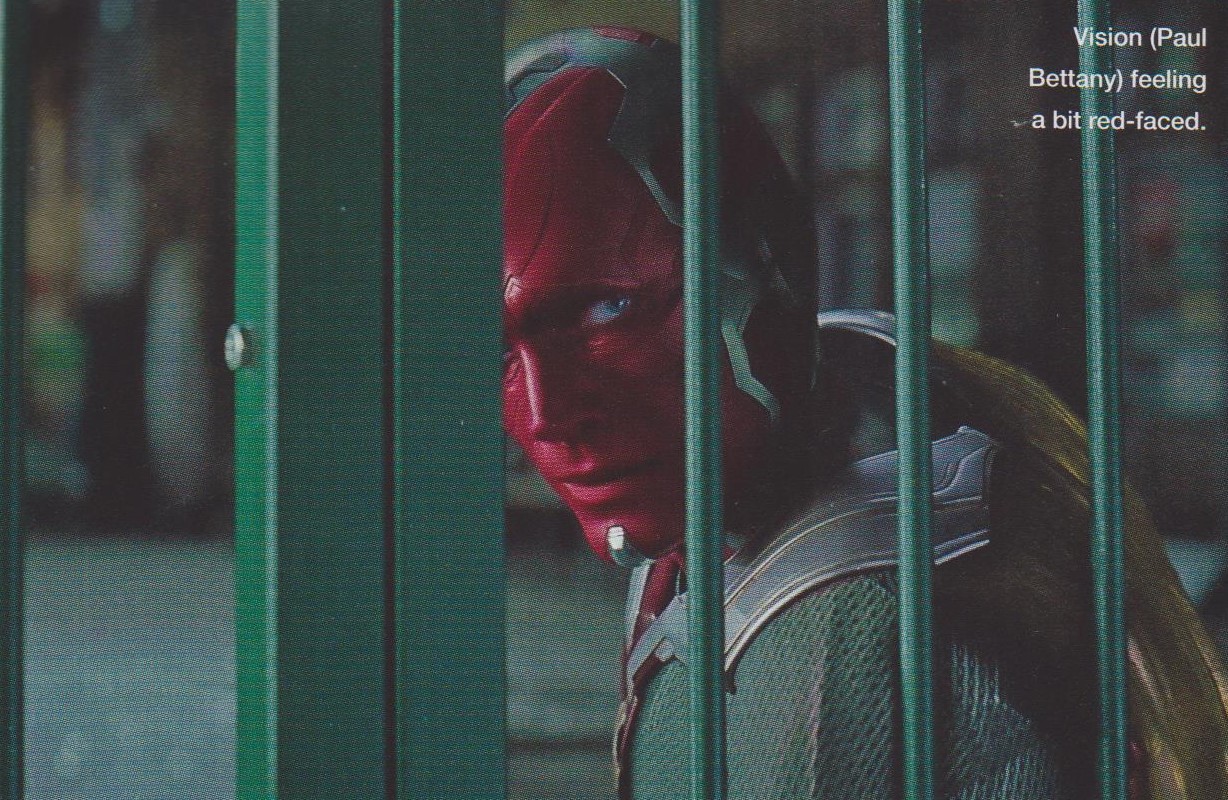 We’ve seen this photo of Vision before in the leaked photos that gave us our first real good look at Proxima Midnight. Vision is definitely locked up and it appears the Mind Stone has been refused from his forehead, which means Thanos might have it in his possession. 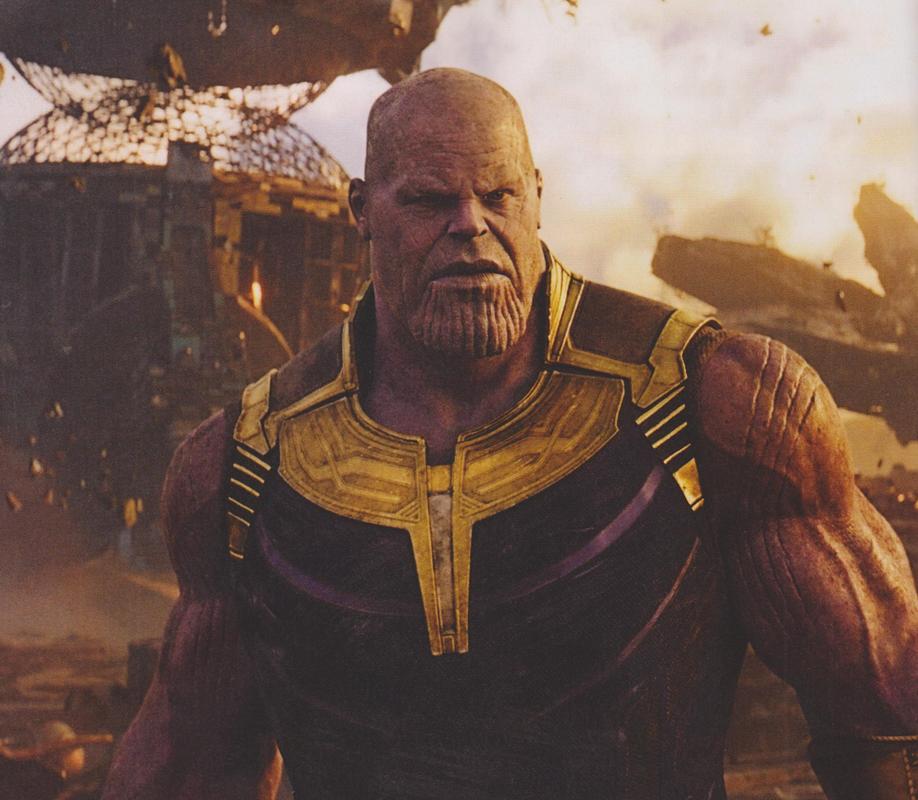 Thanos pulls off the classic action movie look as he turns his back on the destruction he has caused and coolly walks away. The photo shows off what Thanos is capable of, but also gives us a look at this desert-like planet which is most likely Thanos’ home planet of Titan. 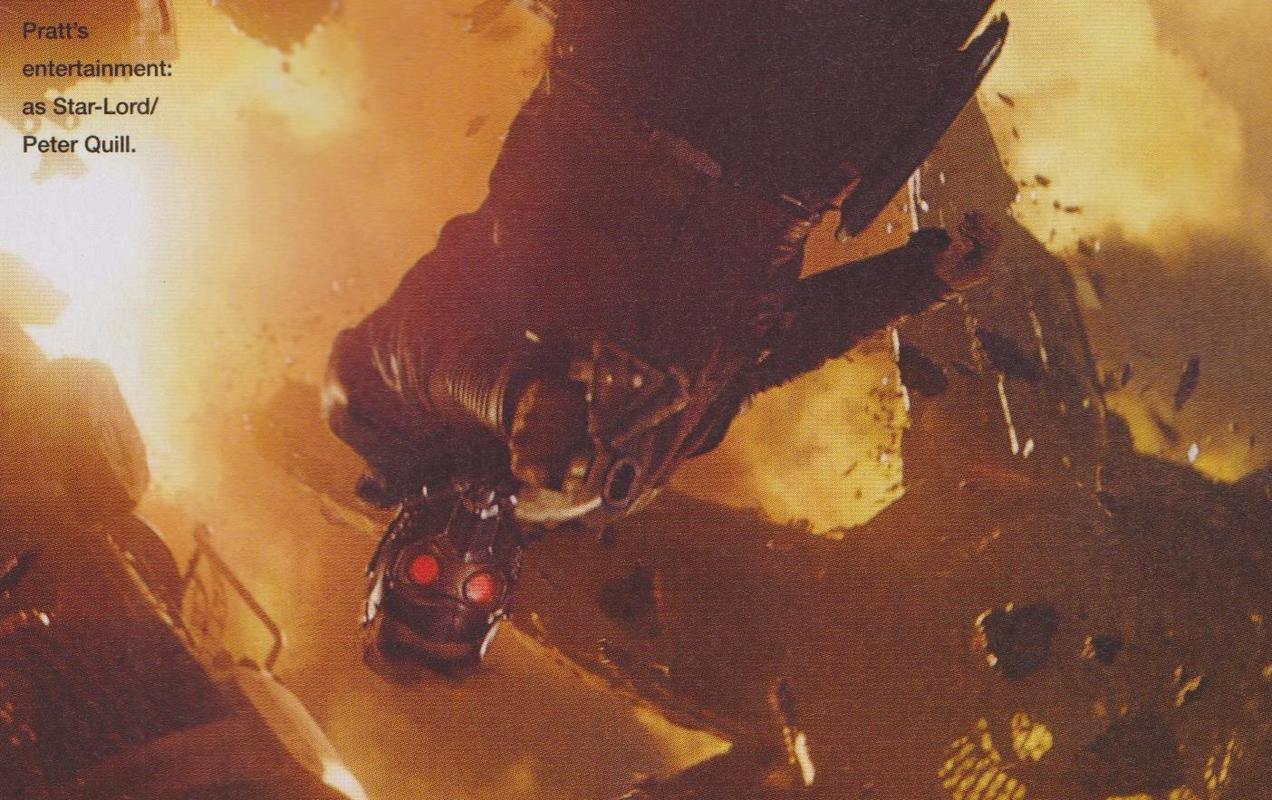 This is a shot straight out of the latest trailer. Doctor Strange aids Star-Lord as he takes a jump shot at an unknown enemy. 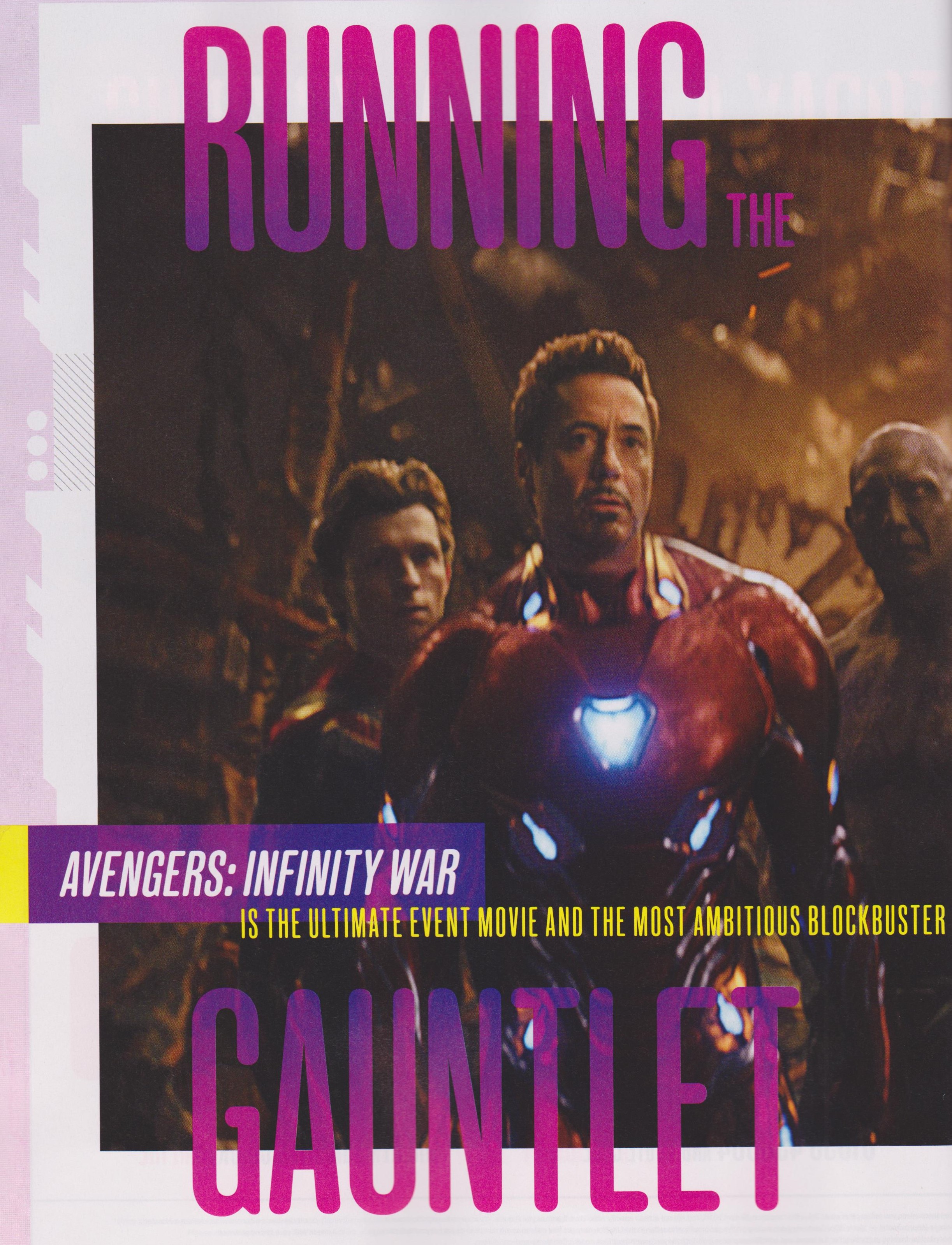 Iron Man looks on with Spider-Man and Drax behind me as he is most likely listening to Star-Lord’s terrible idea of a plan that we saw in the most recent Avengers: Infinity War trailer. 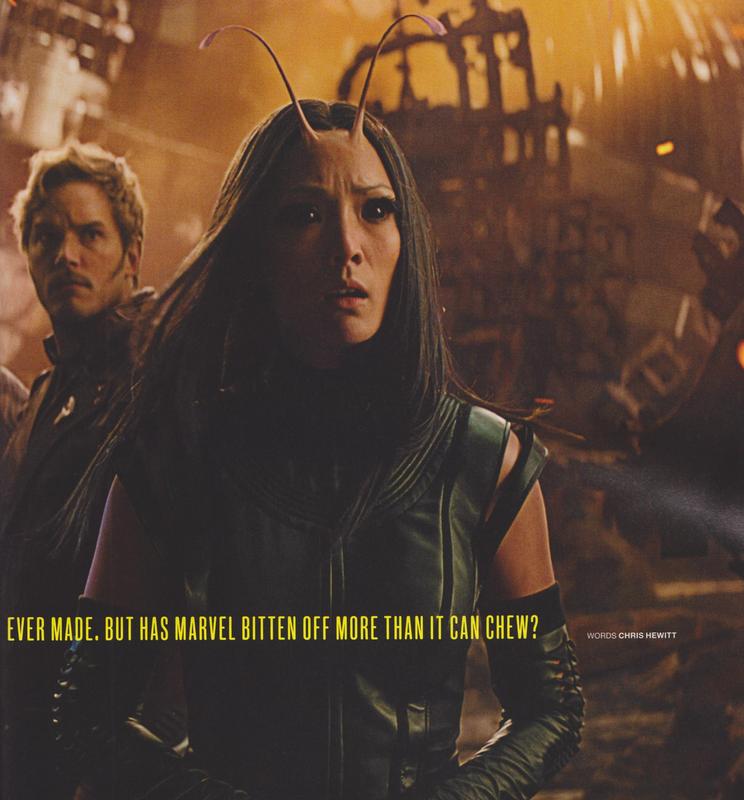 Mantis looks terrified as Star-Lord looks determined and ready for battle. What do you think could have them spooked? Are they witnessing Thanos for the first time?