Mephisto was left almost unopposed. It was up to Wong to put together a team to try and stop Mephisto from spreading his evil across Earth. Wong put together a team called the Midnight Sons which consists of Bats, Doctor Strange’s dead ghost now resurrected as a ghost, Blade, Elsa Bloodstone, Iron Fist, Moon Knight, Doctor Voodoo, Man-Thing, Johnny Blaze as the Ghost Rider, and the Scarlet Spider.

Their team is extraordinarily outmatched. Mephisto’s Ghost Rider Avengers are much more powerful and have already pushed the Midnight Sons to their limits. However, Wong has hatched a plan involving Johnny Blaze in the hopes of defeating Mephisto. The plan isn’t revealed, but it sees Johnny Blaze charging head first into Mephisto’s newly risen spire in the middle of Las Vegas.

Wong describes what Johnny Blaze has to do “as an enormous risk.” He even gives Blaze a chance to back out of the plan, but Johnny wasn’t having any of it.

“This kinda thing…I ain’t new to it, you know? Mephisto’s influence, his power…it’s spreading. I can feel it. Every little sin folks commit, he gets their soul, right? From lying to jaywalking. No one is exempt. This thing hits L.A., the whole planet is doomed. If this plan of yours will stop that, I’ll do what I gotta do.” 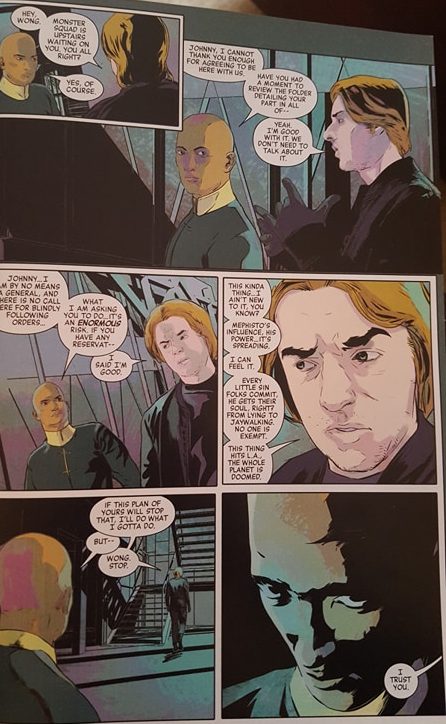 And thus Johnny goes to confront Mephisto head on. It’s unclear if this was part of Wong’s plan, but it appears Mephisto might have thrown a wrench into it. Mephisto removes Johnny’s curse that makes him Ghost Rider returning him to his human self. He then kicks Johnny Blaze from the top of his tower to send him violently crashing back down to Earth. 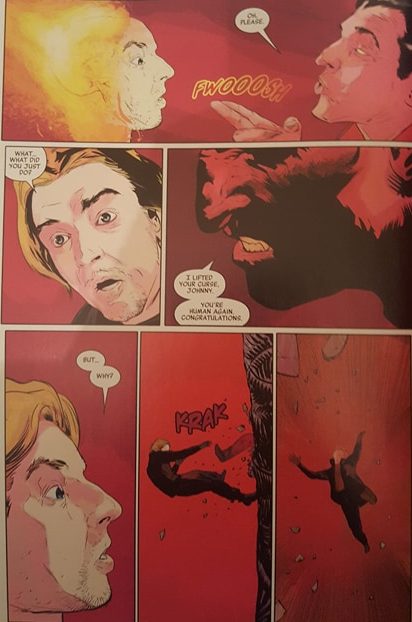 And thus Johnny Blaze lost his powers as the Ghost Rider.