Empire Magazine released six brand new covers showing off different teams of the Avengers as well as a solo cover of Thanos. However, one of those covers featuring Doctor Strange, Drax, Okoye, and Scarlet Witch looks to be heavily photoshopped. You can see that Benedict Cumberbatch’s Doctor Strange has been softened up, but more importantly take a look at how they changed Elizabeth Olsen’s Scarlet Witch.

Elizabeth Olsen rightly calls out the shoddy photoshop job saying, “Does this look like me?”

If you compare the photo to this other piece Elizabeth Olsen shared you can tell how much they changed. It looks like they elongated her face, changed her nose as well as her eyes. It almost looks like a completely different person.

Dreams do come true… You’re a king @shaq !! #threepeat #Repost @shaq ・・・ Can’t wait for this to come out #infinitywar

While Scarlet Witch is paired up with Drax, Doctor Strange, and Okoye in the above photo, it looks like Vision and the Scarlet Witch will definitely be getting back together after the two took different sides in Captain America: Civil War.

Olsen talked about the potential romance between Vision and Scarlet Witch, “In any other world, I would say, ‘I don’t know,’ but because there are paparazzi photos that kind of spoil things for fans – I think it’s safe to say that we now get to explore that part of the comic book.” She adds, “We get to introduce and really explore their relationship. It creates a really exciting arc for me and I’m so lucky I get to work with Bettany all the time now.”

For those unfamiliar with the comic book relationship, Vision and Scarlet Witch are romantically involved and they even got married! 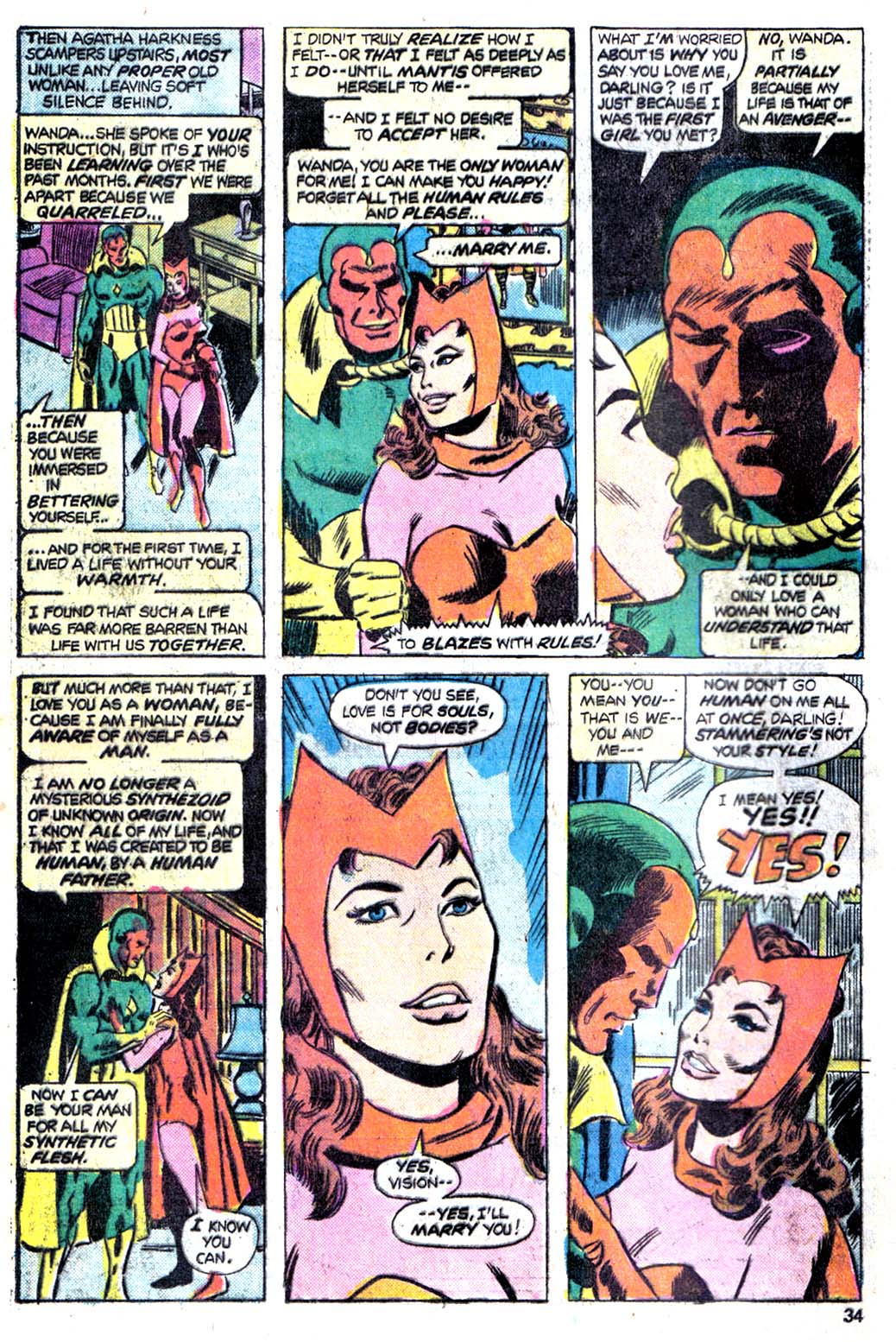 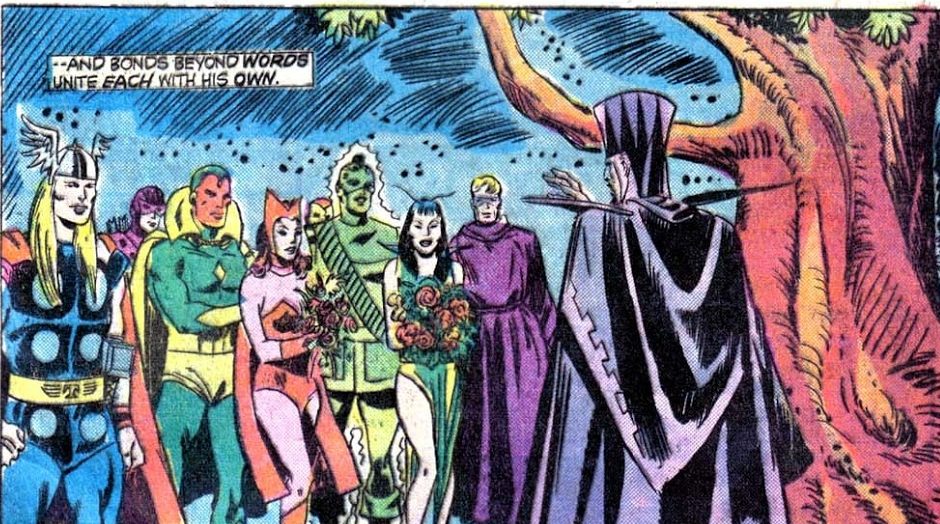 And while the two would get married in the comics, it doesn’t sound like we are going to get to see that in Avengers: Infinity War. Director Anthony Russo recently elaborated on how the Black Order will attack Vision and Scarlet Witch, “We structured that scene more like a horror film. We try to give each sequence in the film a slightly different tone and concept, based on the characters driving that sequence.”