Chris Evans, who plays Captain America in the Marvel Cinematic Universe, recently implied he is done with the role after Avengers 4 comes to theaters next year.

While promoting his upcoming Broadway show Lobby Hero, Chris Evans told the New York Times he doesn’t plan to return to the franchise. “You want to get off the train before they push you off,” Evans told them.

This isn’t the first time Chris Evans has hinted he would be done with Captain America following Avengers 4. He spoke with USA Today last year about leaving the role and seeing someone else fill the shoes of Captain America.

“I’d be lying if I said it wouldn’t be hard for me. But the passing of time and the passing of torches is part of the experience. Nothing lasts forever. There’s a beauty in that departure, even if it can be sad at times. It’s also joyful.”

“I’ve had a great run. Superheroes are reinventable entities, like Batman or even James Bond. These movies find new incarnations and new ways to tell the story. I am all for it. However they want to proceed after Avengers 4, it’s really up to them. I walk away with no regrets and endlessly thankful.”

There’s quite a few possibilities Marvel Studios could pursue to bring another Captain America into the fold. The most obvious choices are tapping current Marvel Studios actors Sebastian Stan who plays Winter Soldier or Anthony Mackie, who plays Falcon.

In the comics Sharon Carter is manipulated by the Red Skull and Dr. Faustus and she ends up killing Steve Rogers aka Captain America. Bucky Barnes is recruited by Iron Man, who is now the director of S.H.I.E.L.D. to become the next Captain America.

The other obvious possibility is Anthony Mackie’s Sam Wilson. Sam Wilson also became Captain America in the comics. During an encounter with Iron Nail, Steve Rogers’ Super-Soldier Serum is neutralized which rapidly ages him into an old man. With the Suepr-Soldier Serum neutralized Steve Rogers can no longer go into the field and he needs to find a replacement. He appoints Sam Wilson to become the new Captain America. 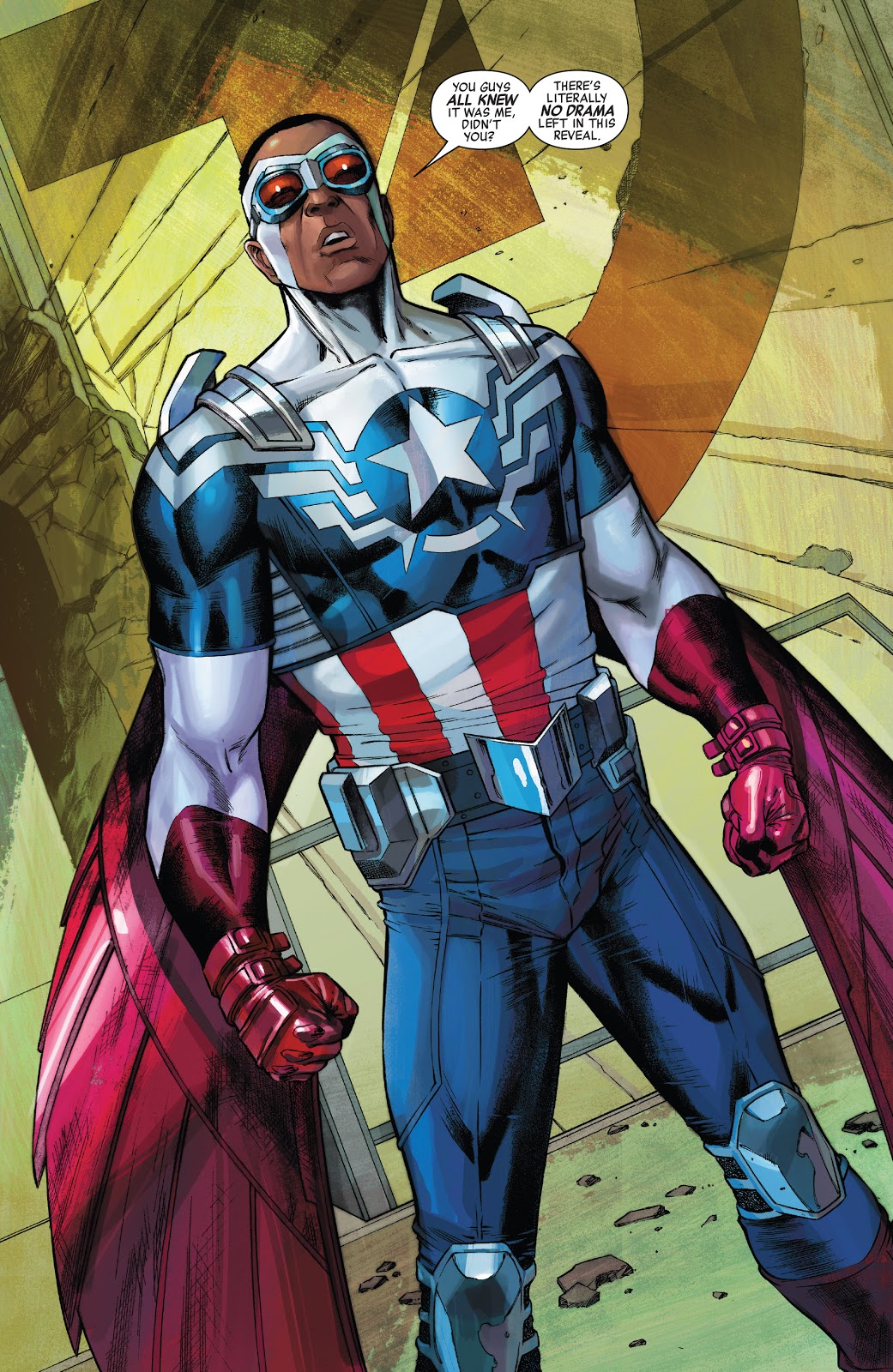 Now, it’s quite possible Marvel Studios might throw us a curve ball and introduce a wholly different Captain America. There have been quite a few characters who have taken up the mantle besides Steve Rogers. Some of them include Isaiah Bradley, William Nasland, Jeffrey Mace, William Burnside, Roscoe Simmons, John Walker, and Dave Rickford. Other alternate universe characters who have become Captain America include Shannon Carter, Samantha Wilson, Roberta Mendez, Kiyoshi Morales, Danielle Cage, and even Scott Summers.