Let’s just take a moment to recognize we actually got an actual trailer for Deadpool 2. Previous promos were just teasers and joke clips that got us hyped for what was to come. But with this trailer, we get to see a plot, characters being developed, interactions between them, and a fair show of action.

The trailer starts with Dopinder (Karan Soni), the taxi cab driver from the first Deadpool movie, playing “All Out of Love” from Air Supply. Deadpool comes running on to the scene, escaping some mob trying to kill him. The cab gets a few bullet holes, Deadpool crashes through the window of the vehicle, and Dopinder screeches off to safety. The two then talk about their adventures and life since, bringing up a montage of action clips and Deadpool’s current relationship with Vanessa (Morena Baccarin). Effectively, we get in those few short seconds a sense of what Deadpool’s been up to as well as the hilarious tone of the film. 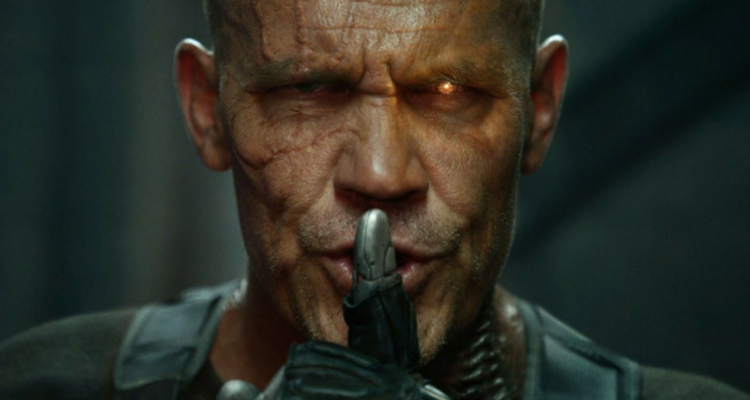 Cable Comes on to the Set

The action takes a turn when Cable (Josh Brolin) crashes on to the scene. There’s a few disconnected scenes cut together to show Deadpool’s reaction to the cyborg. Cable is here for “a kid,” and from the way the clips are cut, he might be coming after Julian Dennison’s character. Just to note, a big part of Cable’s history is that he is from the future, and is in some eternal struggle against the future’s main antagonist, Apocalypse. Dennison might be playing a part that either helps Apocalypse indirectly or directly. Some are speculating he’ll be Butterball or Evan Sabahnur, Kid Apocalypse. The trailer then picks up with Deadpool inadvertently protecting “the kid” from Cable’s assault. And so we finally get to know the plot of the film.

The music changes as well as the tone to fit the action. “Mama said knock you Out” by LL Cool J plays while Deadpool is kicking ass. We get a few clips of “the kid” discovering his powers, and their destructive tendencies. Deadpool’s resolve to protect “the kid” looks a bit more like Vanessa’s influence rather than a decision Wade Wilson came to on his own merit. 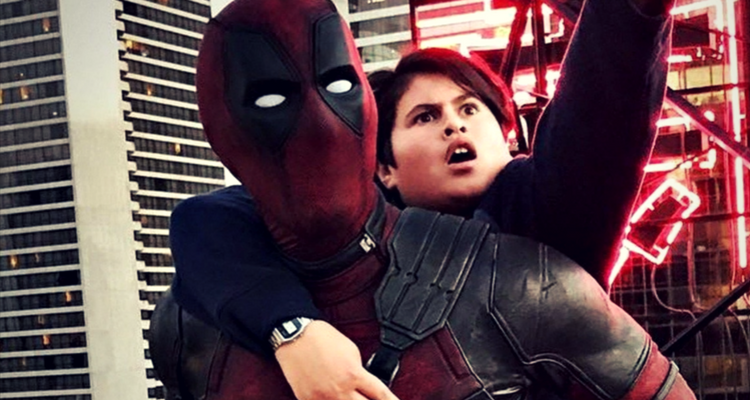 The Mission- Protect a Kid (Logan copy much?)

We get more shots of Cable in action as Reynolds does a voice over explaining his plan. He intends to gather a group of people to help him out in protecting “the kid.” We see clips of Blind Al brandishing a Colt Model 1908 Vest Pocket pistol (the same gun she gave Deadpool in the first film to finish off Francis). There are more clips with Dopinder, Negasonic Teenage Warhead, (Brianna Hildebrand) and a new character brandishing electric chain whip. This could be a new character to the X-Force roster. Shioli Katsuna is said to be playing Surge, formerly a member of the New Mutants who generates and manipulates electricity.

We get clips of Deadpool in the Xavier mansion, feeling up on Colossus, spinning around in Xavier’s wheelchair in a hall with portraits of Abraham Lincoln and Barack Obama, and the Blackbird in flight over the facility. Then we get a clip of Terry Crews as (confirmed) Bedlam, beating down someone on the street. Domino (Zazie Beets) in a burning building, which looks to be a school from the lockers on the wall. “Tough, morally flexible, and young enough to carry their own franchise for the next 10-12 years.” 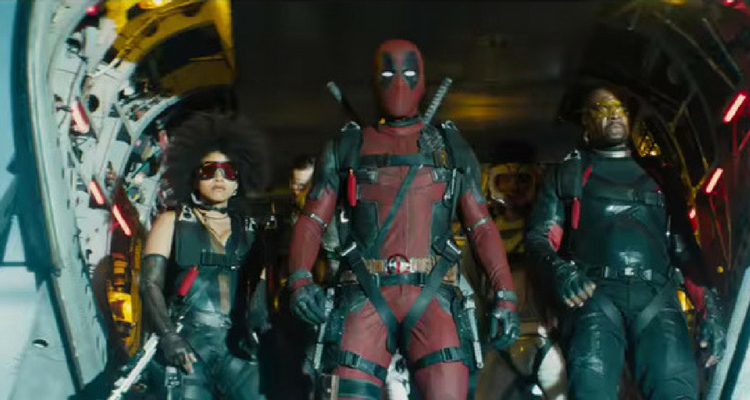 We get to a clip of Deadpool looking through a folder labeled “X-Force” and a list of people. First is Peter, and it’s actually a headshot of Rob Delaney. He’s supposedly playing Pete Wisdom, a mutant with the power to project hot knives. And we get a picture of Bedlam, Terry Cruise’s character. These look to be all Hollywood headshots of the characters.

He names the group “X-Force” and crosses his arms over in an X pattern. Not unlike most of the other films we’ve seen where they do that (Wonder Woman, Black Panther). Cue the joke of it being a little derivative from Domino. We see a man who looks like Stalin with a big bushy mustache in the back. That actually might be Rob Delaney. The other guy on the plane is Bill Skarsgård who is playing either Rictor or Zeitgeist. If he is Rictor, that might be him in the later action montage clips using force waves against a group of baddies.

The group jumps out of the back of a plane on some mission, and the action intensifies from there. Deadpool fights a group of barely clothed men with katanas. He’s on the freeway sporting an X-Men T-shirt. He snaps his neck back around and we get a really violent scene of a DMC agent shooting through DP’s hand with our hero turning the gun on the driver.

The trailer ends with Wade Wilson and T.J. Miller at Hellhouse, a.k.a. Sister Margaret’s School for Wayward Children. They break the 4th wall and talk about a sequel and not needing to make a third film.

Did we cover everything in the trailer? Probably not. We’re sure we’ve missed a few things. Sound off in the comments below on what we’ve missed and maybe drop some knowledge on us!

Deadpool 2 comes out in theaters on May 18th.